Neal Adams’ BATMAN VS. RA’S AL GHUL #1 Feels Like a Relic Of The Past

Batman vs. Ra’s al Ghul #1 opens with the most bat-shit insane page that will make you read on in absolute wonder; by the end, you’ll ask yourself, “What the hell did I just read.” But the crazy thing? You’ll enjoy every bit of the absurdity. Check out the original press release for Batman vs. Ra’s al Ghul here. 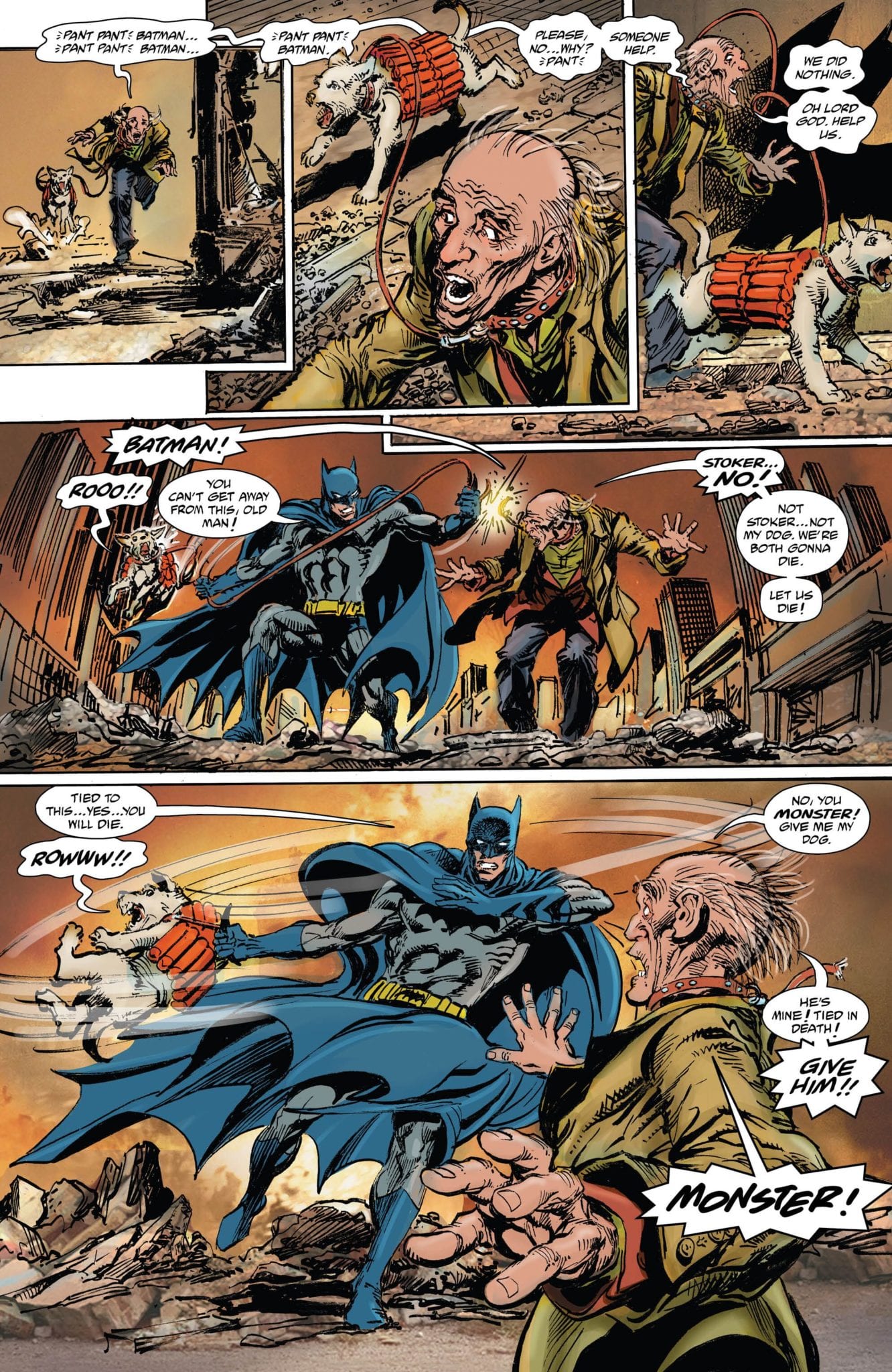 Adams is most known in the Batman world for his and Dennis O’Neil’s revitalization of the character in the ’70s and co-creation of Ra’s al Ghul. His more recent work with Superman and Batman has been hit or miss, as the reaction from readers at my local comic shop wasn’t very positive. These stories were looked down upon for just how insane, and utterly obscure Adams’ plot was, precisely the category Batman vs. Ra’s al Ghul falls under.

As with any character that’s been around 80 years, Batman has evolved with the times by changing his attitude and rhetoric, but Adams throws all of that evolution out the window for Batman vs. Ra’s al Ghul #1. Batman’s dialogue comes off awkwardly stiff like he’s stuck in the ’70s, and he’s constantly pissed off as he yells at people and repeatedly calls Ra’s a liar.

Batman’s dialogue isn’t the only one that suffers from an awkward stiffness, as other characters do too. Unfortunately, this feeling of weird 70’s writing isn’t limited to just that, as Adams has a newscast sprinkled throughout that feels like one of the most obvious exposition dumps. These newscast segments work great in some scenes, but in others, there is so much exposition that it would read better if it were on a recap page. 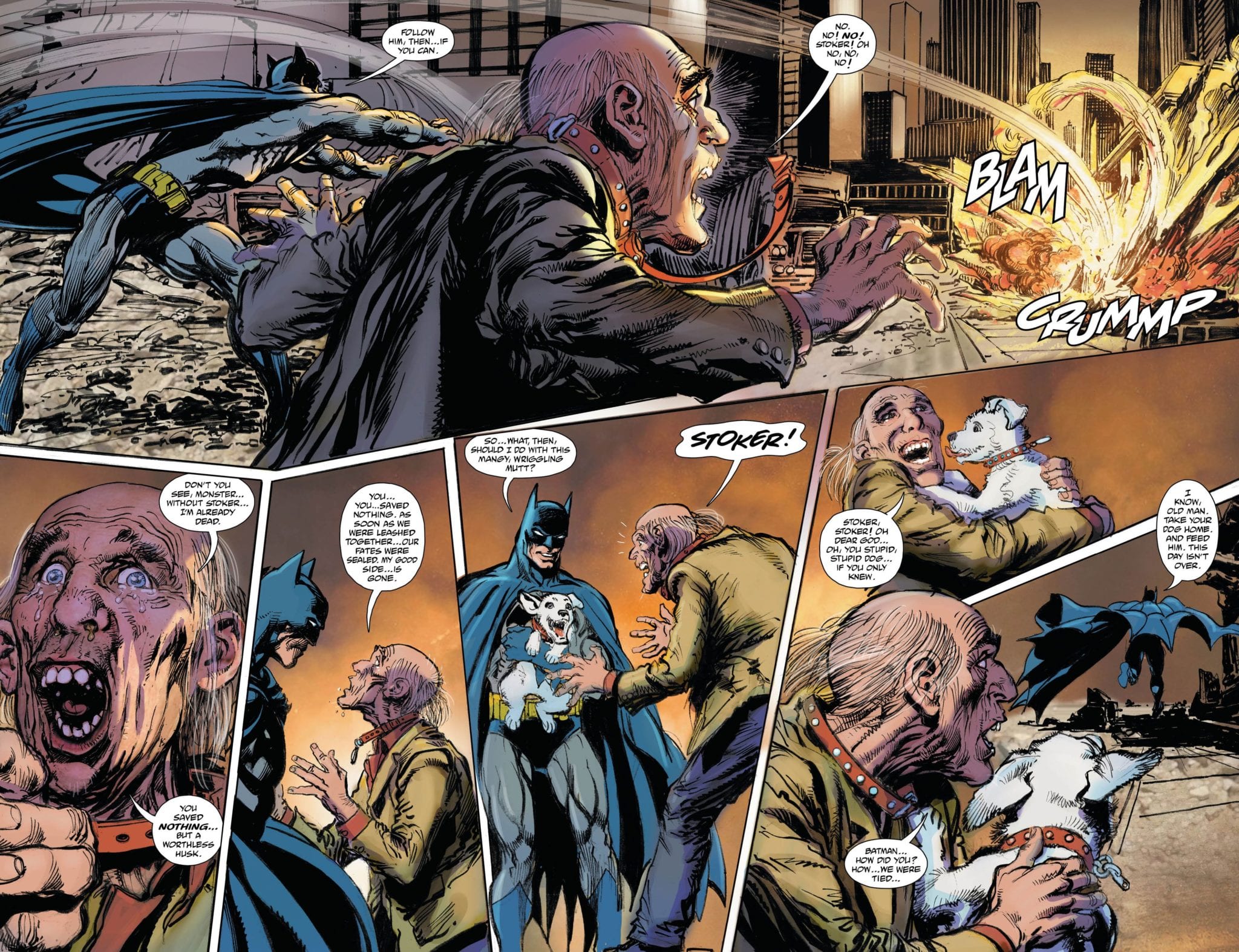 Adams’ art has been known and loved for the realism he puts into every aspect of his pencils, but he has slowly lost the beauty of his original work as the years have gone by. With his nearly 60 years of pencils in the industry, the last ten has seen Adams’ once-great pencil work become more of sketches.

His colors are great, making the pages feel like the story he is telling is gritty and dirty, but the sketch-filled pages feel like a new artist trying their best to recapture Adams’ art while failing. With many dialogue bubbles there are, Clem Robins’ lettering feels cluttered at times, while the issue is void of sound effects in some scenes and not others. Another weird instance is an editor’s note in a box with an asterisk (*) showcasing an extra bit of information. The only problem is there is no matching asterisk on the dialogue or anywhere else. 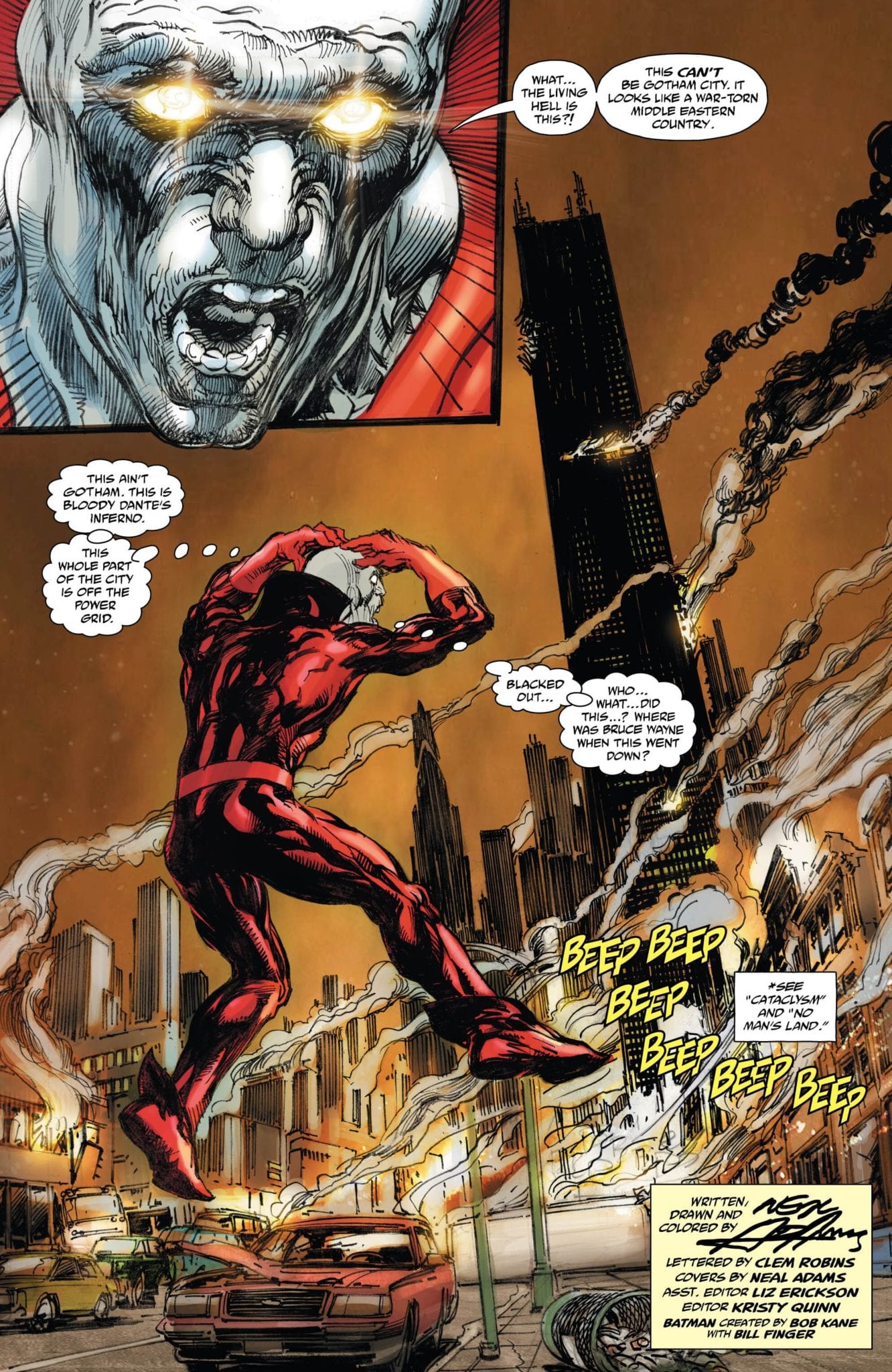 Even though Batman vs. Ra’s al Ghul #1 has stiff dialogue, unnecessarily in-your-face exposition, and a story that feels so weirdly obscure, you will find it hard to peel your eyes off the page. When everything comes together, the issue forms a fun train wreck that you can at least say was fun to watch read.

Memorable Quote: “What …The living hell is this?!” – Boston Brand (Deadman)

I agree; what the living hell did I just read?

Side Note: I think Adams loves Deadman, and that is perfect. Deadman is a fantastic and fun character that hasn’t been used much lately.