‘MY HERO ACADEMIA’ Episode 50 Review: The End of the Beginning

‘End of the Beginning, Beginning of the End’ is a transitional episode. The heroes and students need to reckon with the dynamic episode from last week. This episode is all about Toshinori, and how he reckons with losing the last of his abilities. How will the world, and specifically the school, feel about a depowered All Might? MY HERO ACADEMIA takes on this question with characters arguing, with mixed success.

The episode as a whole isn’t all that exciting or interesting. This episode is necessary, of course, as the characters reckon with losing All Might. The majority of the episode centers on Toshinori’s relationship with Midoriya, which is the heart of the series. A lot of the same beats are hit repeatedly, and while some of them are interesting, the episode feels slow. The episode has solid elements, but it feels like it’s missing an extra element.

The argument between Toshinori and Midoriya’s mother is definitely the strongest part of the episode. It’s smart to explore how the parents feel, especially when it comes to Midoriya. This episode provides a natural boiling point for her desire to pull Midoriya out of U.A. It also feels like such a real conflict, rooting the superhero elements in grounded emotion. The conversation is a bit overdrawn, but it strikes a strong balance between her desires to see Midoriya flourish. 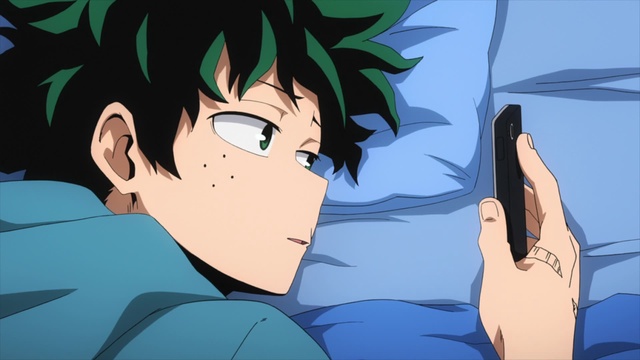 Unfortunately, not all the other conversations in the episode are as fulfilling. We only get glimpses of how the other parents feel, with Bakugo and Jiro. It would’ve been fun to see other parents, or maybe a bit more with Bakugo. Likewise, getting only a glimpse of how Endeavor is dealing with All Might’s fall is a bummer. If the episode had more going on, perhaps these shorter scenes wouldn’t feel as quick. But because the meat of the episode is overlong and repetitive, it makes the other material feel rushed.

This episode definitely isn’t bad because it’s less dynamic than last week. However, it only touches on a few surface level beats while wrapping up the chapter of All Might. It will be interesting to see how MY HERO ACADEMIA continues now that it’s started the “beginning of the end.”

'MY HERO ACADEMIA' Episode 50 Review: The End of the Beginning'End of the Beginning, Beginning of the End' is a transitional episode. The heroes and students need to reckon with the dynamic episode from last week. This episode is all about Toshinori, and how he reckons with losing the last of his abilities. How...