Review: MIDDLEWEST #10 and the Raging Winds of Winter

Middlewest #10 is published by Image Comics, written by Skottie Young, with art by Jorge Corona, colors by Jean-Francois Beaulieu, and lettering by Nate Piekos.

Previously on Middlewest, it seemed as though there would finally be a glimmer of hope for Abel. He had already been through so much – fighting to quell the storm within him; chased by an abusive father; shunned by the friends he found at the travelling carnival. When he arrived at The Winter Woods in hopes of finding a cure, Abel and readers stumbled upon a chilling revelation – the words “hello, grandson,” blowing through the wintry winds. 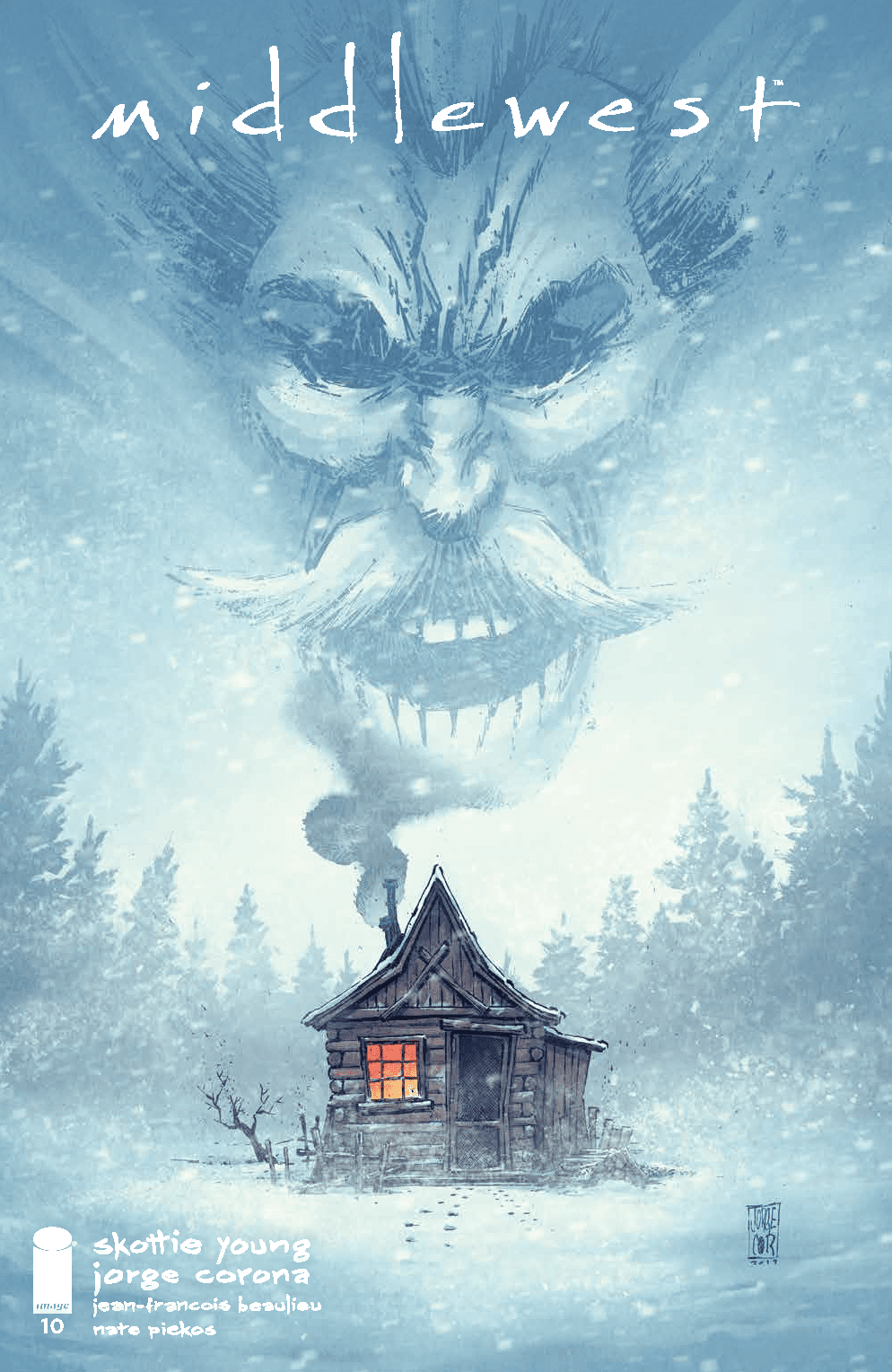 Abel is brought before a long-forgotten figure from his past who offers some insight into the boy’s present and future. Feeling the weight of this unexpected reunion, Abel is left as he has been most of his life—cold and alone.

The first few pages of Middlewest #10 make it seem like Abel has finally found the wizard in his journey through Oz. The great and powerful grandfather seemed like the family figure Abel needed, as well as the answer to the questions burning inside of him. Writer Skottie Young starts off the book by keeping his cards close to his chest. He takes us back a few instances from the past, giving a better idea of who Abel’s grandfather really is, and more importantly, why his father acts the way he does.

What starts as a fairly timid issue, the final pages are exciting and tragic. It seemed that Abel’s grandfather might be the answer to control the storm within. Rather, the man behind the curtain is revealed, and he’s much more monstrous than Abel’s father. From the jarring moment you realize that the grandfather is not the kindhearted man he initially appeared to be, the story builds and builds until it explodes in a literal blizzard.

Once again, Jorge Corona’s artwork on Middlewest is nothing short of stunning. This time around, he creates a world of winter that’s both terrifying and mesmerizing. The detailing of the snow and winds as they overwhelm Abel is a perfect display of Corona’s finesse and genius. Furthermore, the face of Abel’s grandfather as he transforms into the monstrous blizzard is awe-inspiring, intimidating, beautiful, and terrifying all at once.

Middlewest #10 is a fantastic step forward in Abel’s quest. It is a sorrowful yet bewitching piece of storytelling, enhanced by pitch-perfect artwork.

What did you think of Middlewest #10? Let us know in the comments!

1114
Find out how to get the
Monkeys Fighting Robots magazine!

DC Preview: Return To The Dark Multiverse With ‘Hush’ And ‘Flashpoint’

Review: Wade Has The Ultimate Case Of FOMO In DEADPOOL #6