Marvel Comics Exclusive Preview: VENOM #17 And The Other Side Of ABSOLUTE CARNAGE

Venom #17 is out August 28th, but thanks to Marvel Comics, Monkeys Fighting Robots has an exclusive five-page preview to share with you.

The book is by writer Donny Cates and artist Iban Coello, with colors by Rain Beredo and letters by Clayton Cowles. The cover is by Kyle Hotz and Dan Brown.

Coello previously worked on this volume of Venom while it was tying into War of the Realms (issues 13-15). 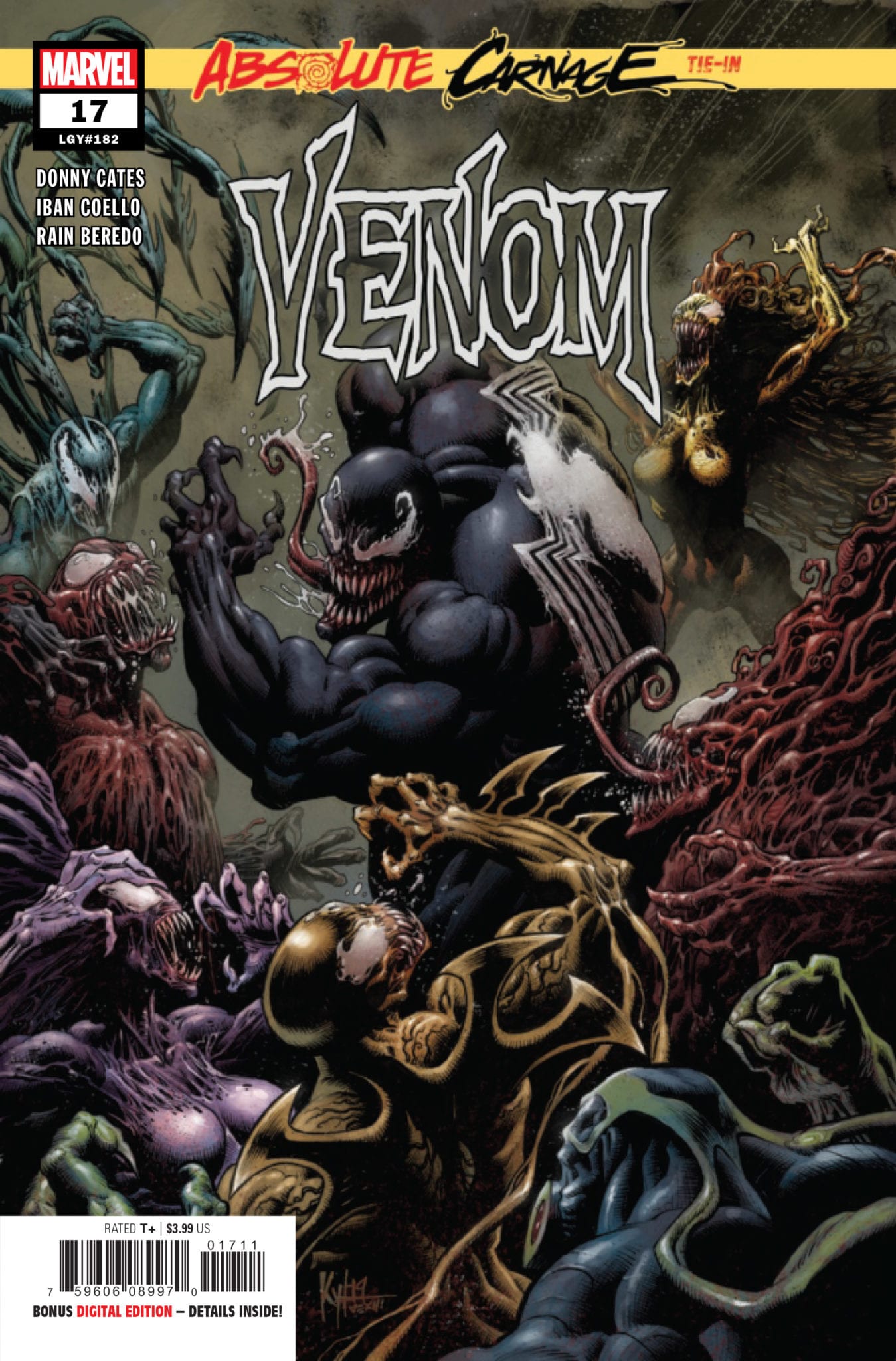 About the issue:
ABSOLUTE CARNAGE TIE-IN! With CARNAGE on the loose, VENOM must protect his son Dylan — at all costs! But as longtime Venomaniacs know, VENOM AND CARNAGE aren’t the only symbiotes loose in New York!

As stated in the description, this issue is a tie-in to Marvel’s current Absolute Carnage event, by Cates and Ryan Stegman (Venom‘s usual series artist). In the preview below, readers get to see the other side of the event: while Venom and Spider-Man are off taking on Carnage, Eddie Brock’s son Dylan is hiding out with Normie Osborn and The Maker, an alternate Reed Richards carried over from the Ultimate Universe.

Cates and Stegman’s Venom run has been both a critical and a commercial success for Marvel, with Absolute Carnage #1 now going to a fourth printing. The writer/artist duo have been building towards this event since they launched the symbiotic solo title last year.

Take your first look at VENOM #17: 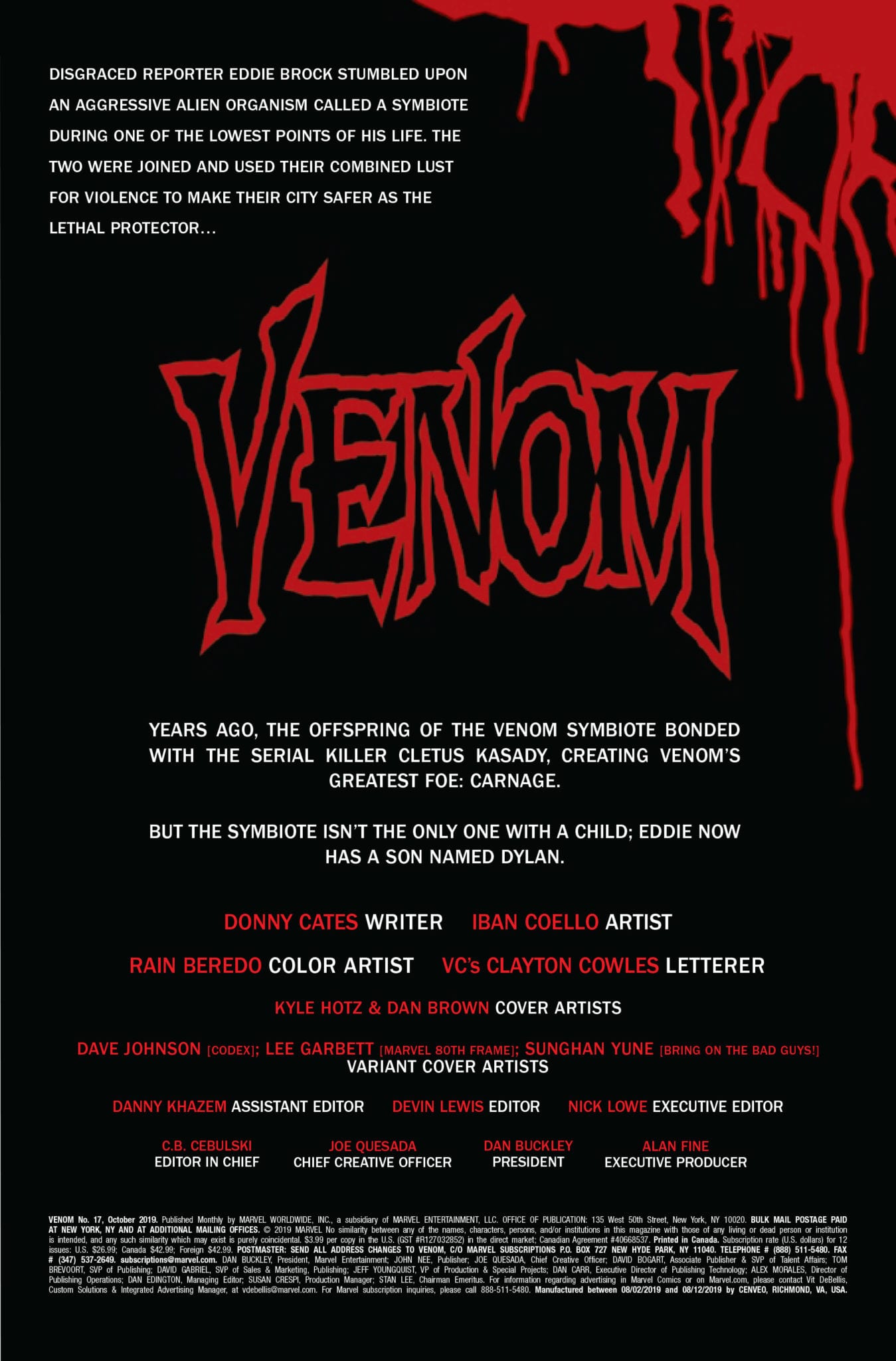 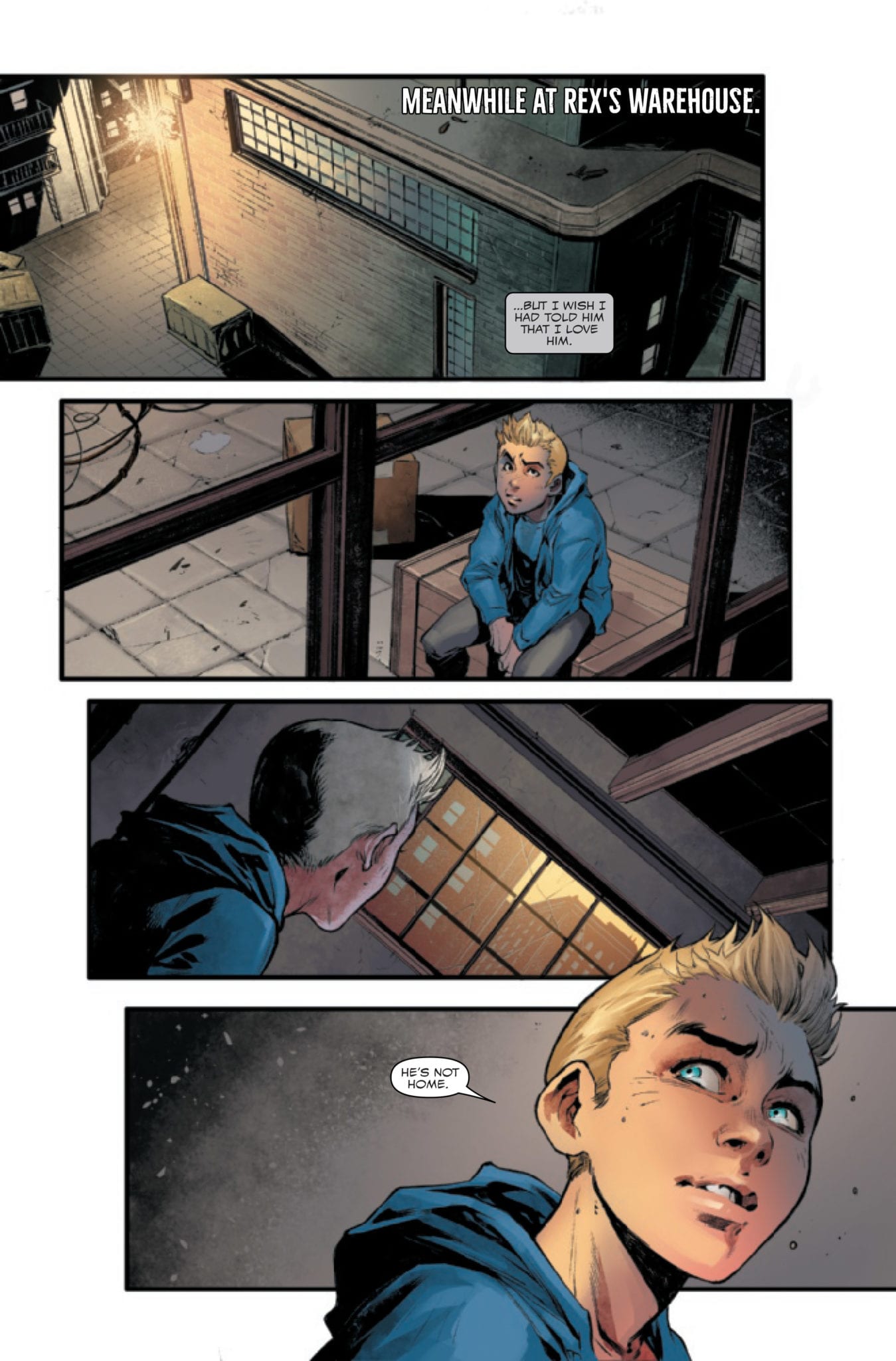 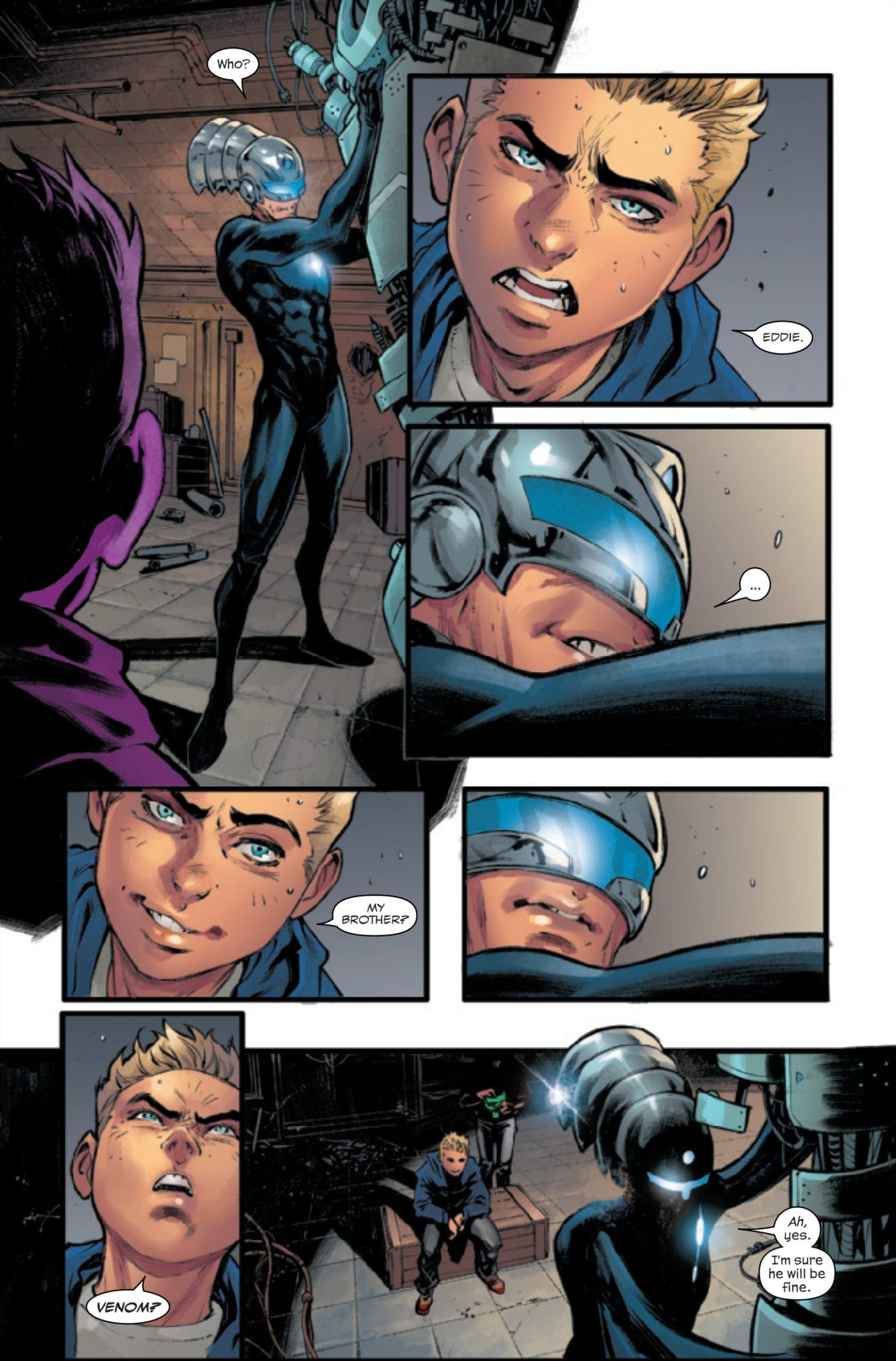 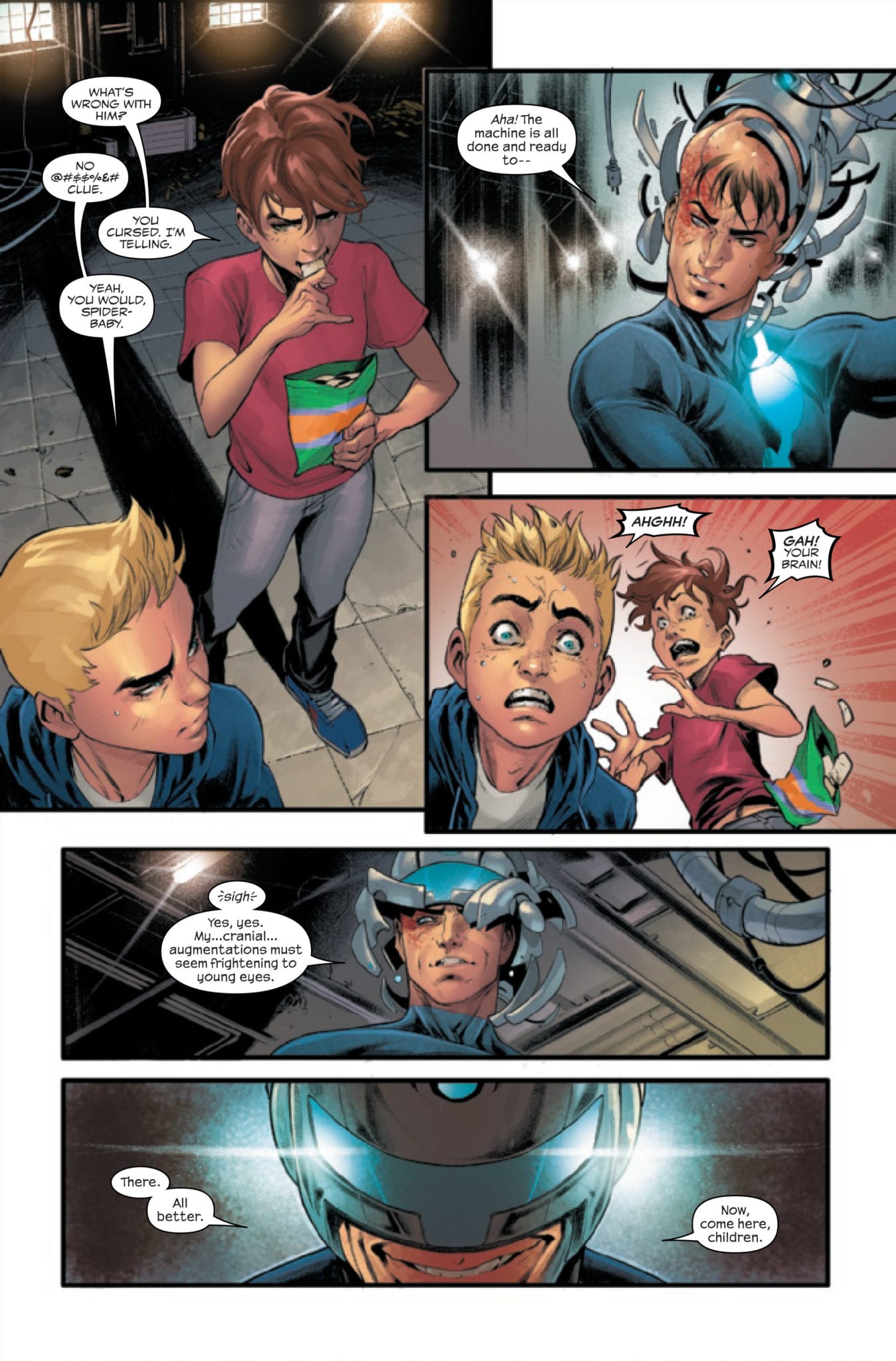 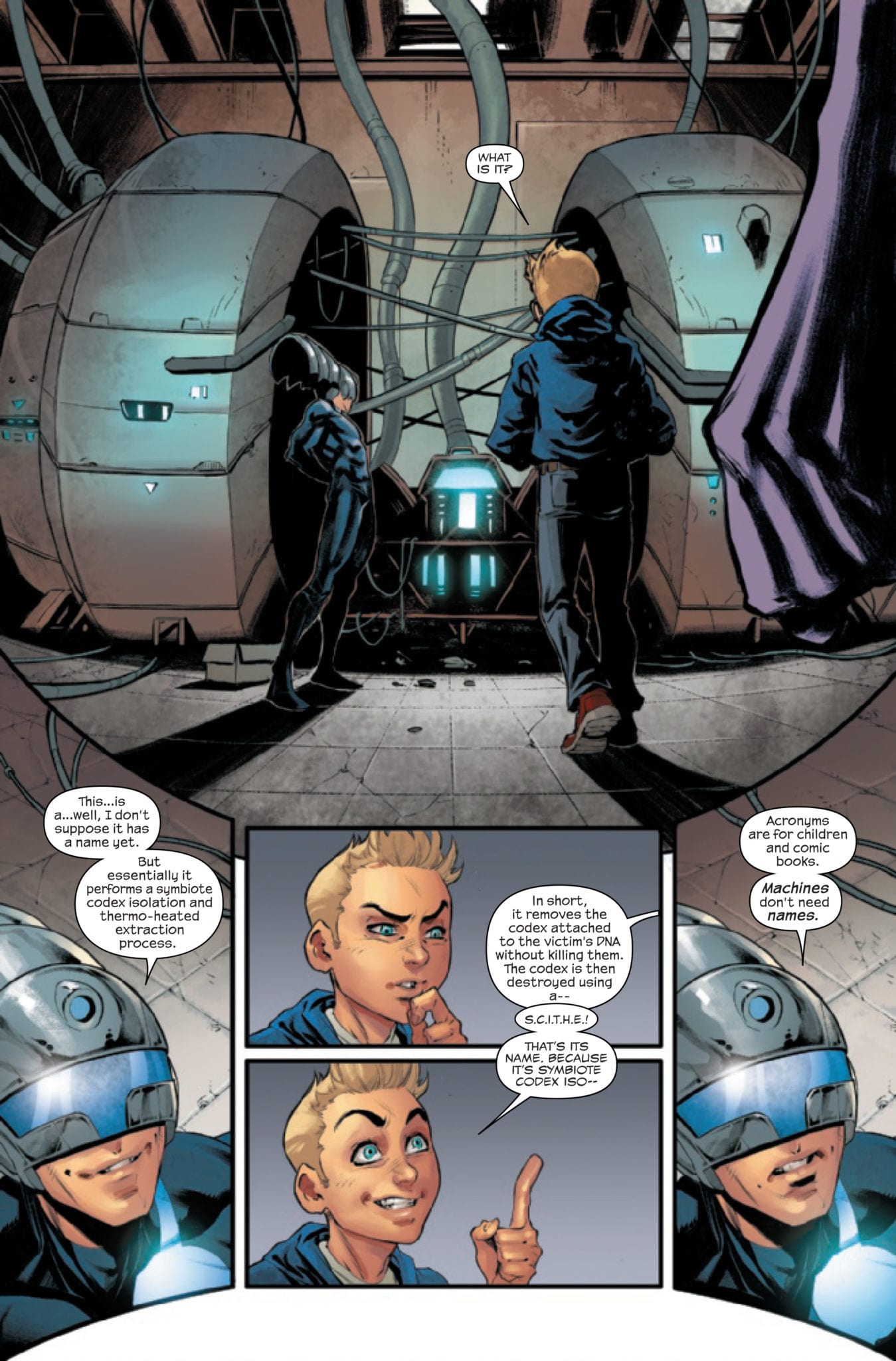 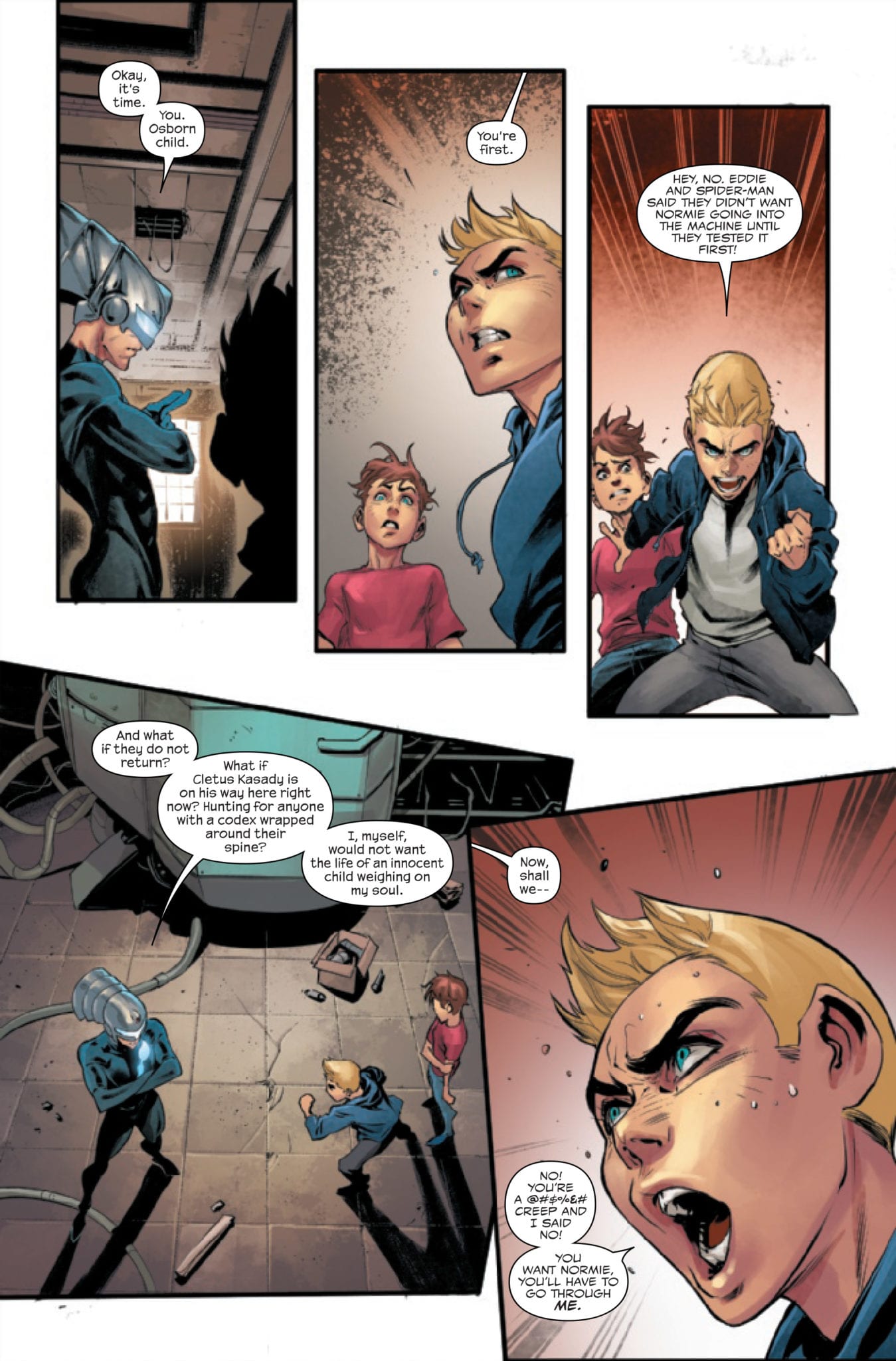 Are you reading Venom? Sound off in the comments!