Spider-Man & The League of Realms #3 is out June 19th, but thanks to Marvel Comics, Monkeys Fighting Robots has an exclusive preview to share with you.

The book is by Sean Ryan, Nico Leon, and Marco Failla, with colors by Carlos Lopez and Andrew Crossley, and letters by Joe Caramagna. Cully Hamner and Brian Reber did the main cover, while Marco D’Alfonso did the variant.

About the issue:
WAR OF THE REALMS TIE-IN! Spidey and the rest of his motley crew are fighting for their lives (and all of existence) against KURSE!!! She was once a member of the League of Realms until Malekith made her into his right hand. Now Kurse can destroy the League, once and for all!

The War of the Realms has shown readers the best side of massive crossover events. The main story has been a treat, and the tie-in books have been equally fulfilling. It’s a grand, epic tale, with jaw-dropping battles, laugh-out-loud character moments, and tons of heart. It’s one of the few events where you actually want to read all of the ancillary material in order to get a more complete story.

This tie-in issue takes place after War of the Realms #4 and War Scrolls #3.

Take your first look at SPIDER-MAN & THE LEAGUE OF REALMS #3: 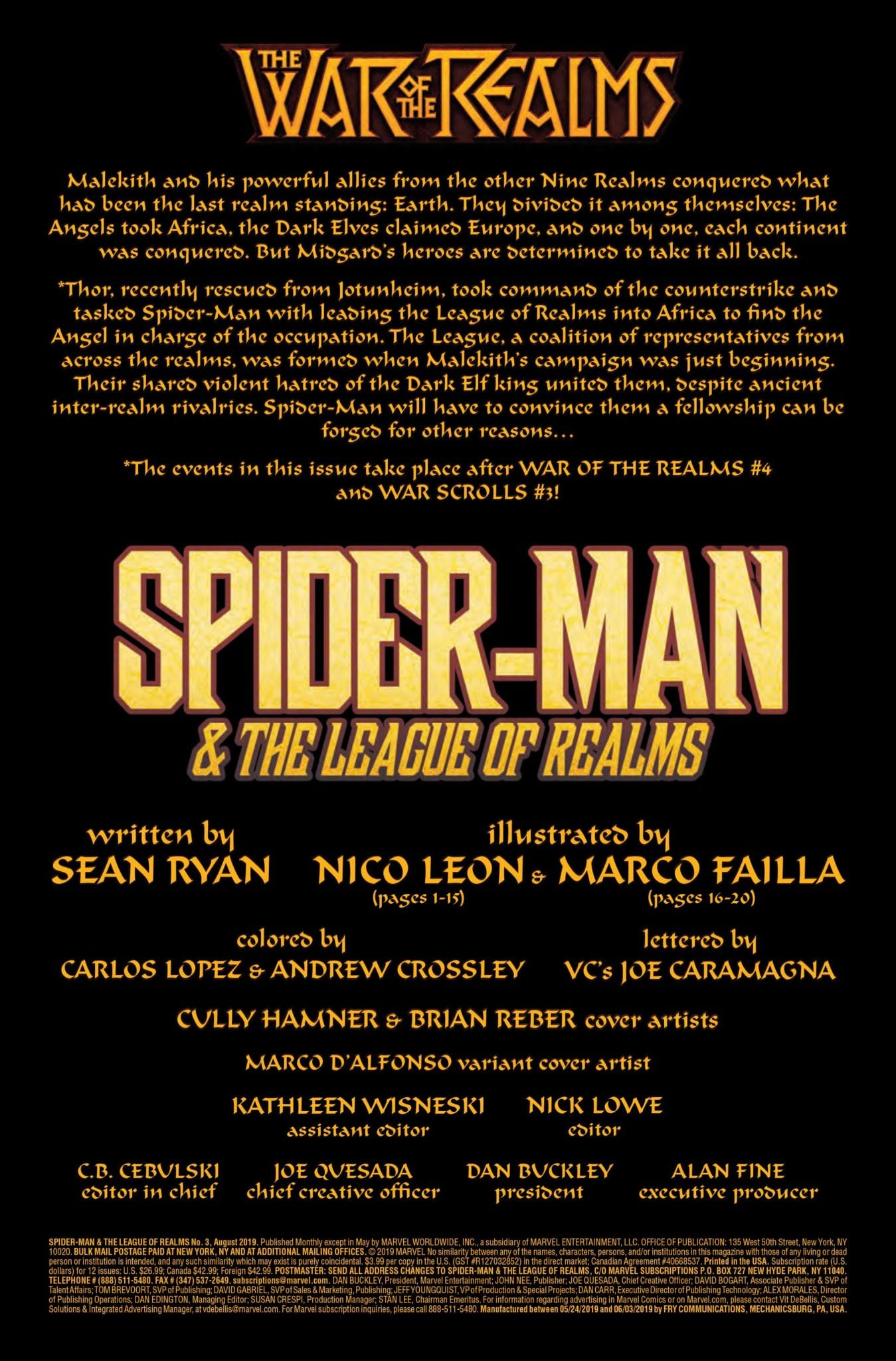 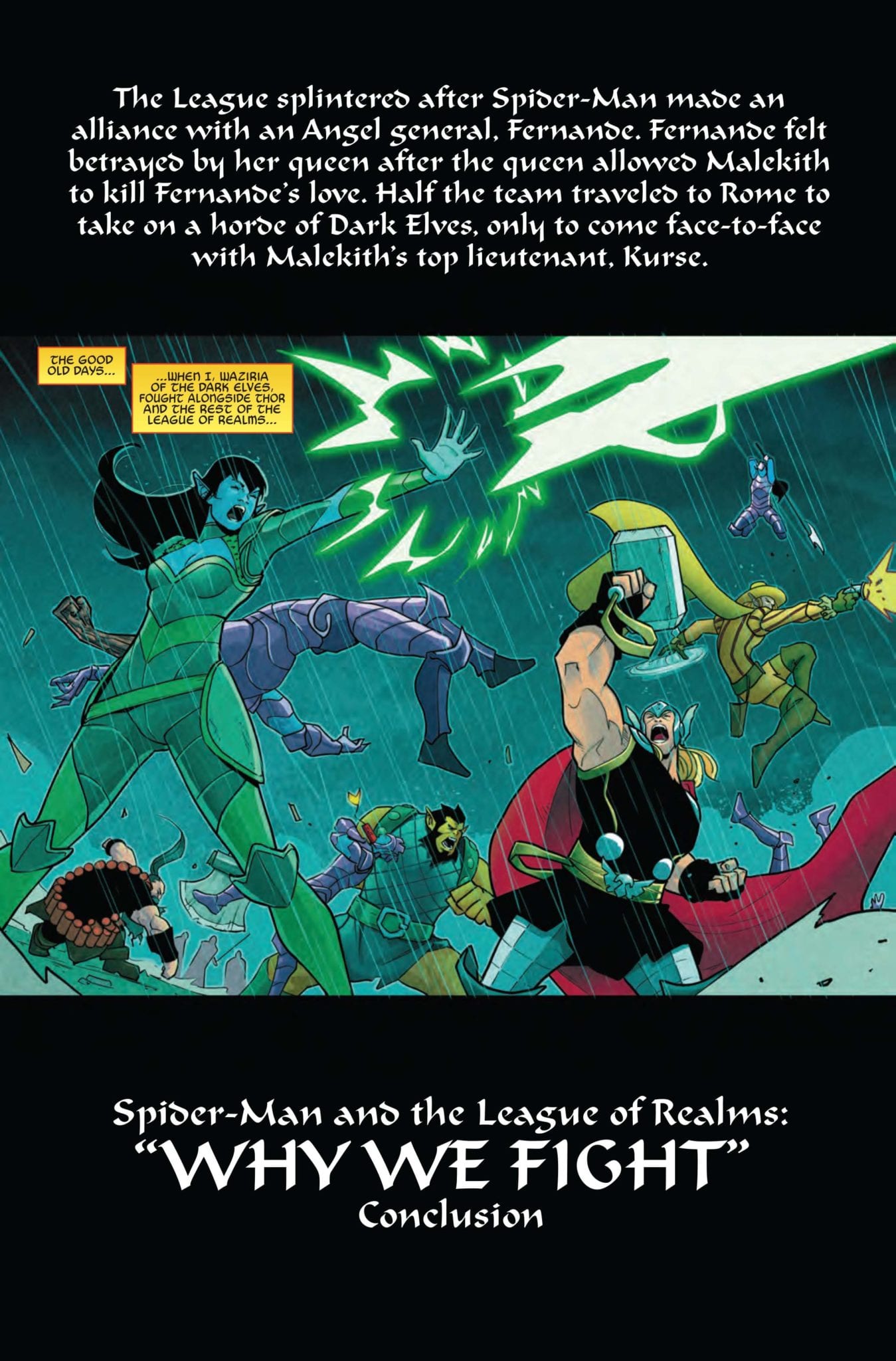 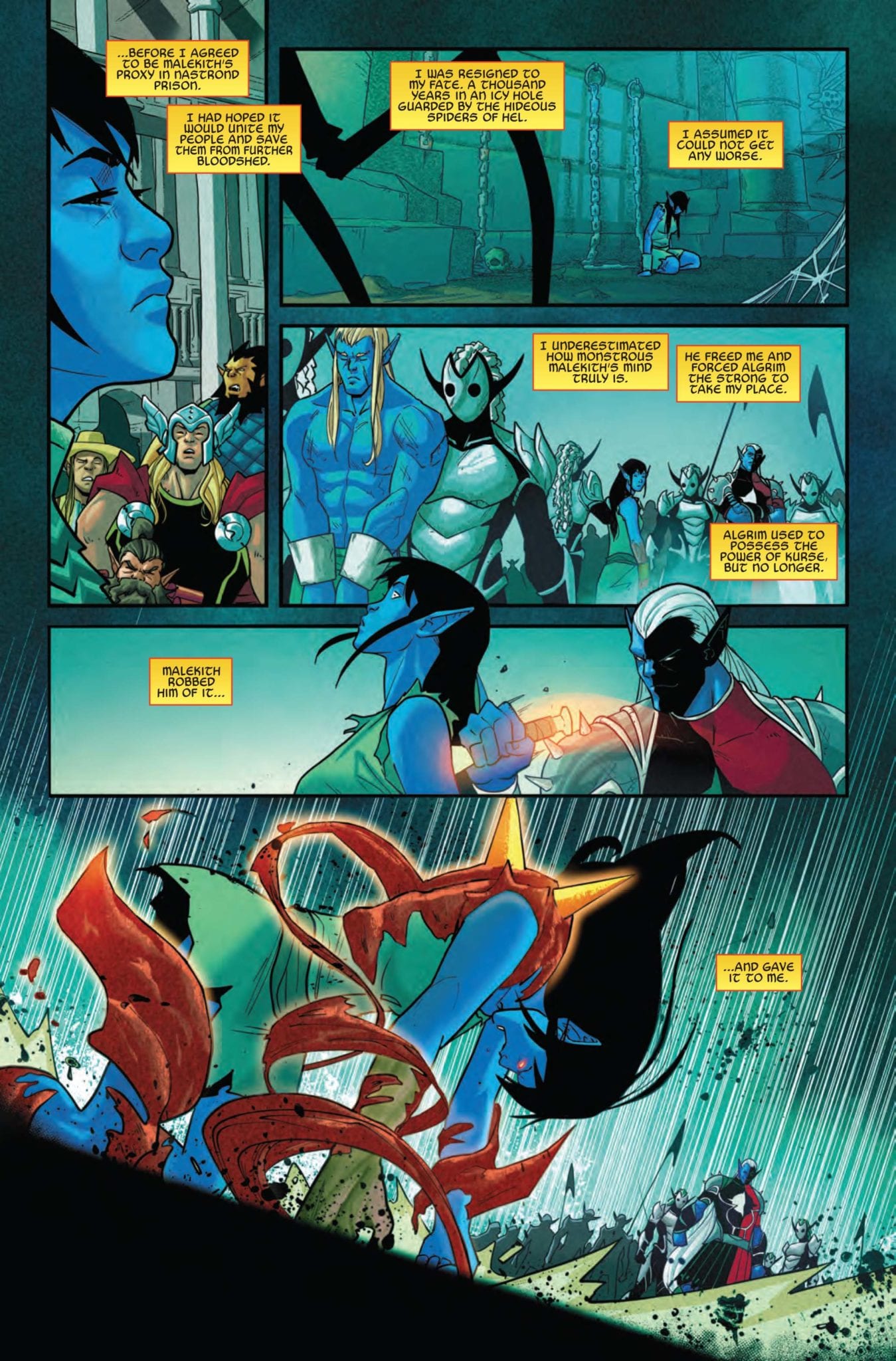 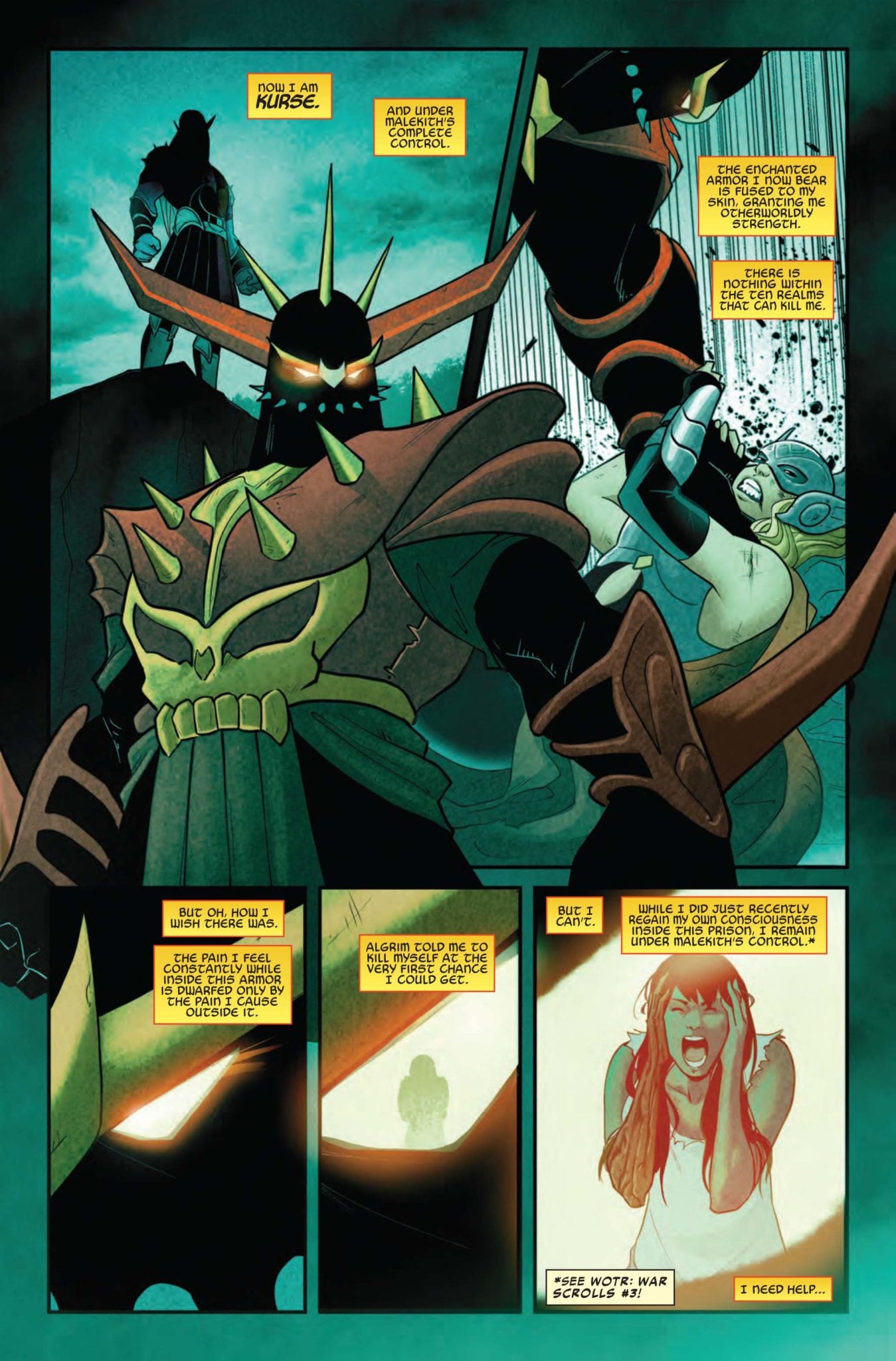 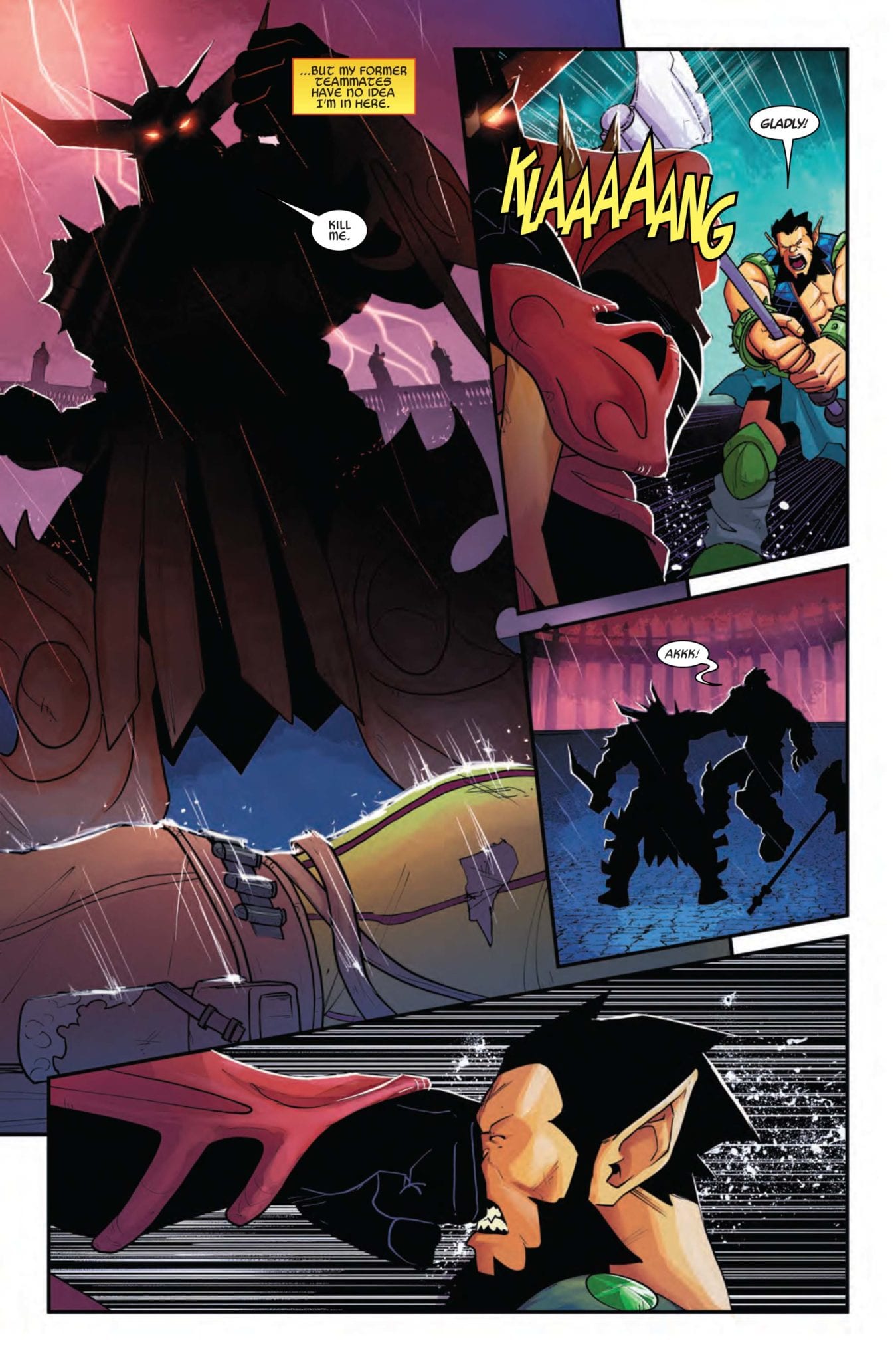 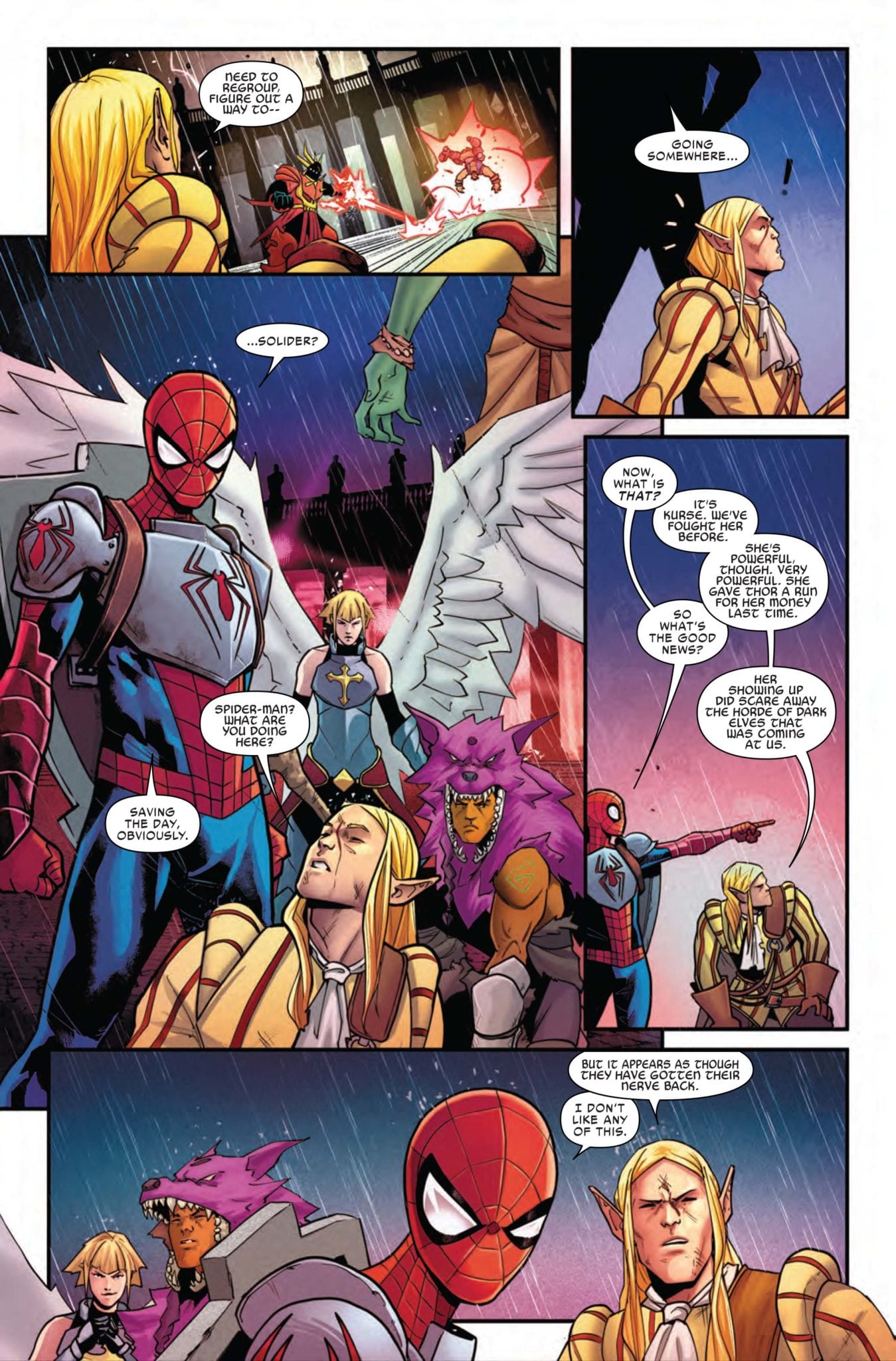 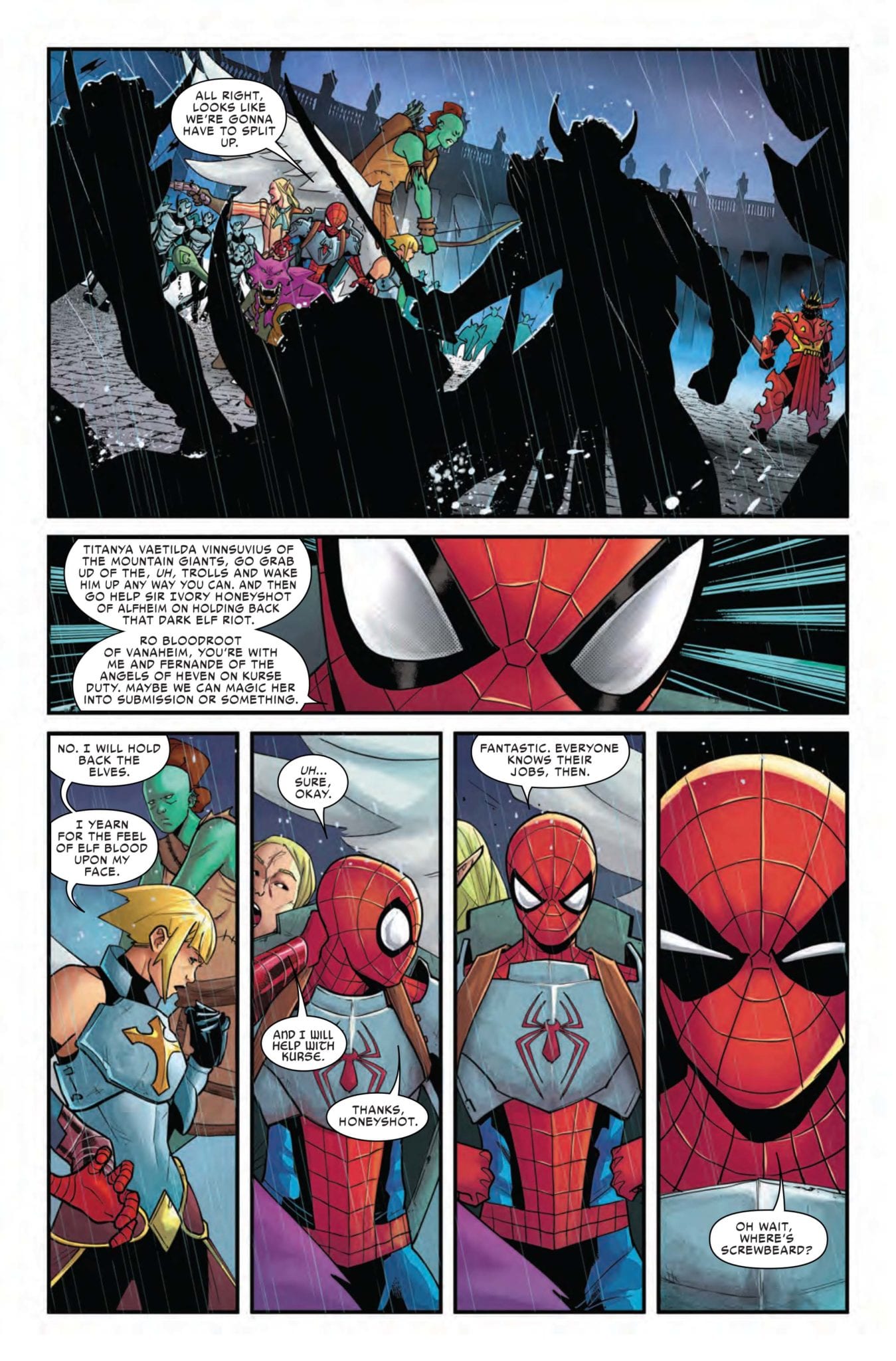 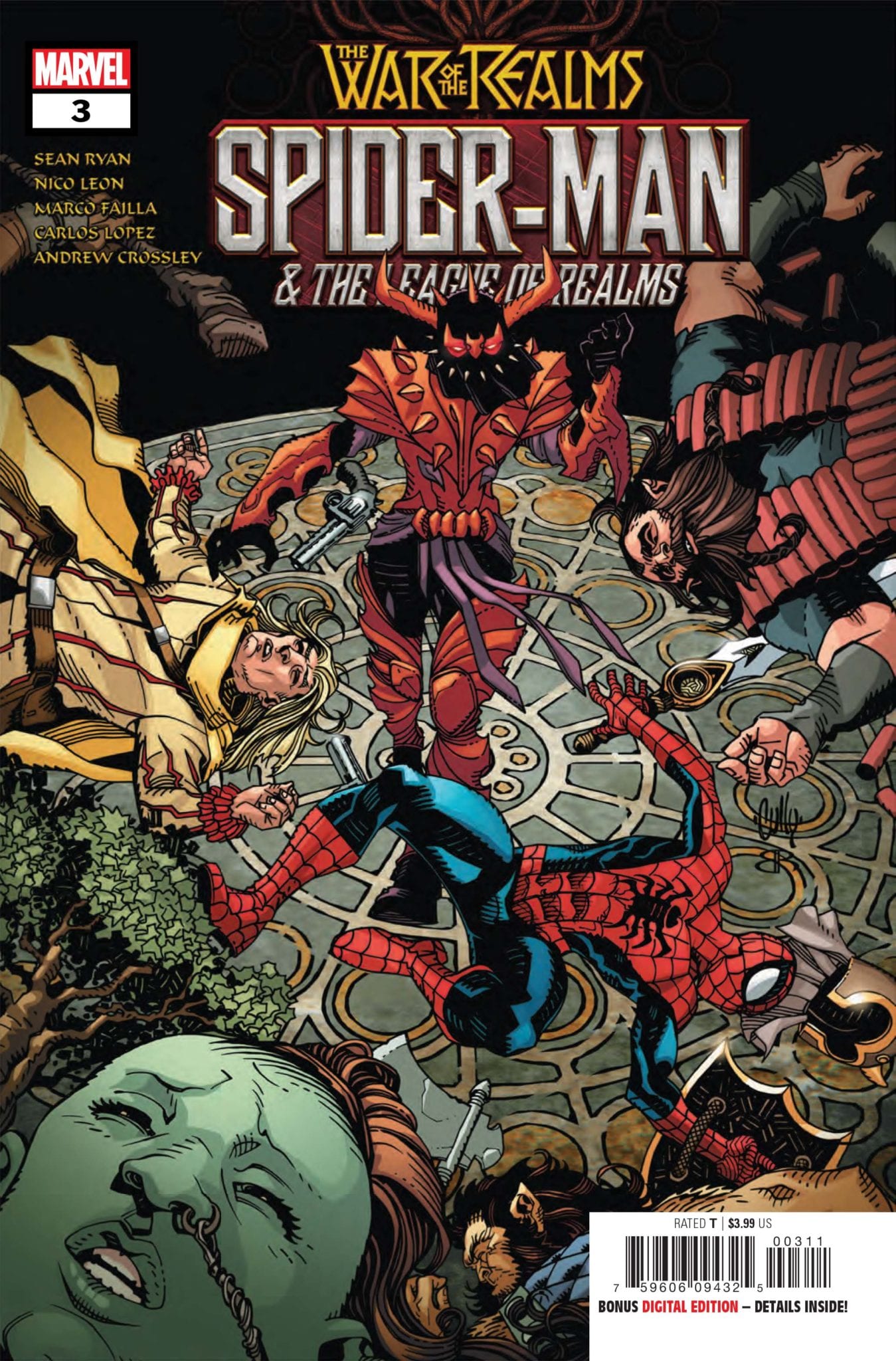 What’s been your favorite War of the Realms tie-in? Sound off in the comments!