Man-Bat #2 continues the surprise DC Comics series on March 2 after appearing in Future State’s shadows. Writer Dave Wielgosz crafts a short-term story within a larger one, a feat uncommon in miniseries. With art as eye-catching as Sumit Kumar’s, the issue certainly feels big enough to stand on its own. That, of course, gets help from the vibrant color array from Romulo Fajardo Jr. The lettering by Tom Napolitano compounds this further by giving captions design as unique as the character voices.

Kirk Langstrom, the Man-Bat, has been getting favorable depictions in series like Justice League Dark. Before all of that occurs, Kirk was at his lowest with the Man-Bat being the only thing that gives his life meaning. But when this addiction causes an incident, Kirk wants to try and fix everything.

Man-Bat #2: A Jumping On Point 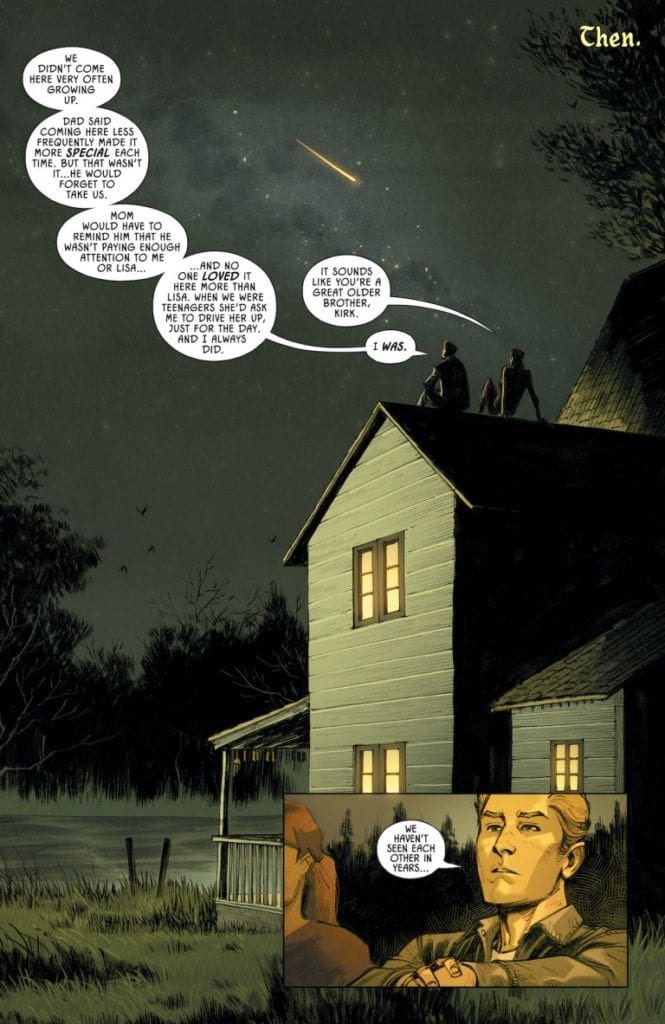 Wielgosz demonstrates Man-Bat #2‘s narrative like it’s an issue of another series. He provides just enough context to set up the premise of the series as well as the issue. In this case, it’s Kirk’s initial humanitarian efforts to help people like his deaf sister. Only for his work to take over his life and hurt people around him. This makes Kirk a very sympathetic character who has gone through loss and is trying to take responsibility. The only problem is, Kirk is ignoring the core roots of his problems. As the premise sets up, Kurt tries to control everything without realizing why that’s a problem. 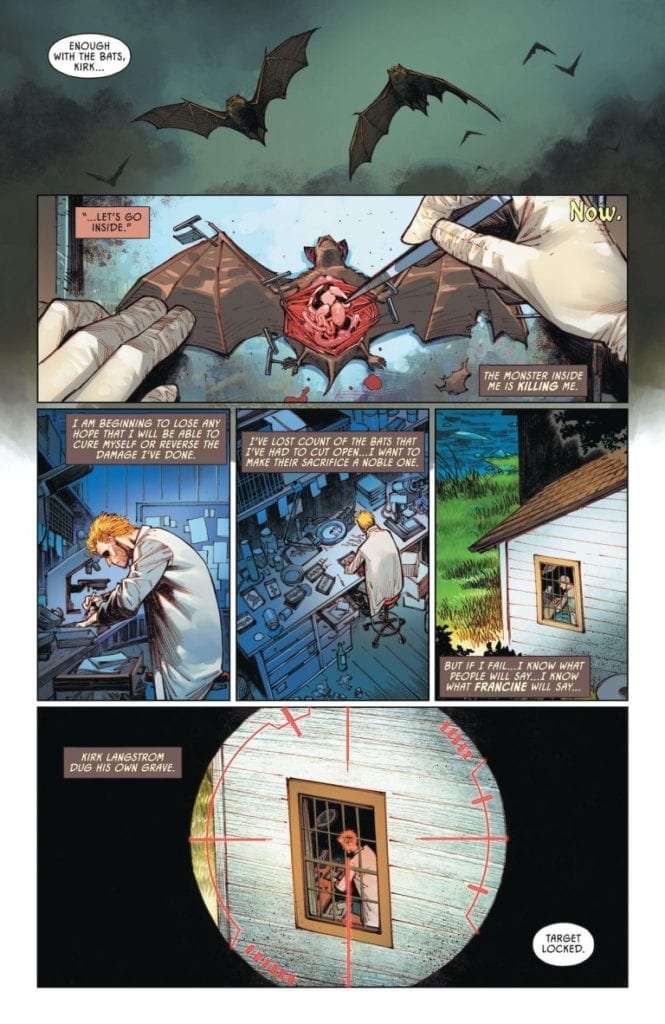 The inclusion of the pre-Taylor Suicide Squad is practically a reflection of Kirk’s situation. The squad is mostly Batman’s rogues’ gallery-like Deadshot and Killer Croc, once great villains now a disposable clean-up crew. They want to capture and control Man-Bat in a way like the overarching villain Scarecrow uses Kirk’s Man-Bat serum to build an army. Everybody is so focused on trying to take control of Man-Bat they fail to actually fix anything.

While Man-Bat #2 does continue a larger story, its ability to tell an individual story within its boundaries is remarkable. It doesn’t just make things easy to jump into; it stands on its own little narrative.

Scale Of The Man-Bat

Kumar presents Kirk’s character arcs in substantial and weighty ways in Man-Bat #2. The opening page features a wide-open sky full of beautiful stars where a couple bonds. Everything looks good until a smaller panel pops up, revealing that the happy memories drifted away. Kirk felt small in many of the panels he was in, like his makeshift lab, as small and helpless as the bats he dissected. When Deadshot shoots at him, the large volume of Man-Bat is a pure attempt at animalistic intimidation. 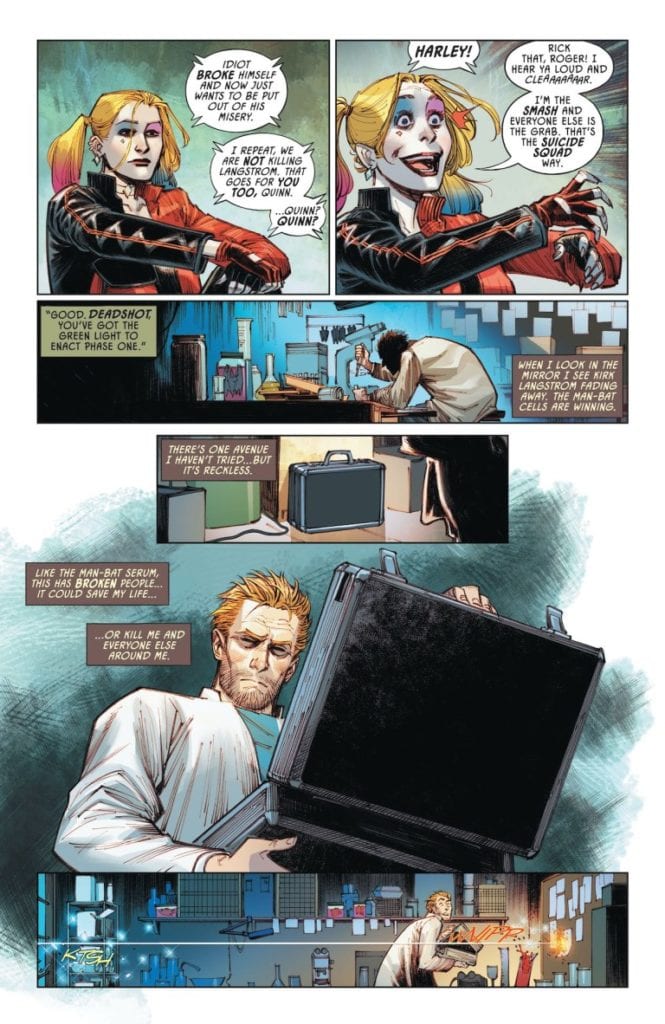 The dark coloring of Man-Bat in action via Fajardo adds to the intimidation. It’s a strong contrast to the colorful Suicide Squad who forces Man-Bat out in broad daylight. The shading that Man-Bat is covered in when he’s on the offensive is often in blurring speed. This makes Man-Bat feel like a predator that’s always moving. Unlike when he is clearly seen, which displays him in vulnerable positions.

To complete how Man-Bat dominates whatever page of Man-Bat #2 he’s on, the captions by Napolitano display his nature. In comparison to Kirk’s uniform captions with a similarly dark color scheme and light fonts, Man-Bat’s are tattered black and bold font. It looks as if Man-Bat has taken control of Kirk with the way Man-Bat speaks as though they were different people.

Man-Bat #2 is part of a series fans can enjoy at any moment in time. This issue stands out by focusing on a character arc; it feels like an invitation for latecomers. There’s plenty of spectacle that lives up to the title character’s scale in both story and art. If readers go further in, they are sure to get rewarded for following this series.

Man-Bat #2 makes itself stand on its own feet with a narrative that goes into what arc Kirk Langstrom has to go through.MAN-BAT #2: Keeping Things In Episodic Fashion