Hot Brass: Pharaoh’s Gold is the newest one-shot from Unlikely Heroes Studios. With a Kickstarter ongoing until July 15, writers John and Will Pence craft a Weird Western to enjoy. And artist Joe Koziarski has a good time with some campy elements, like mummy cats! 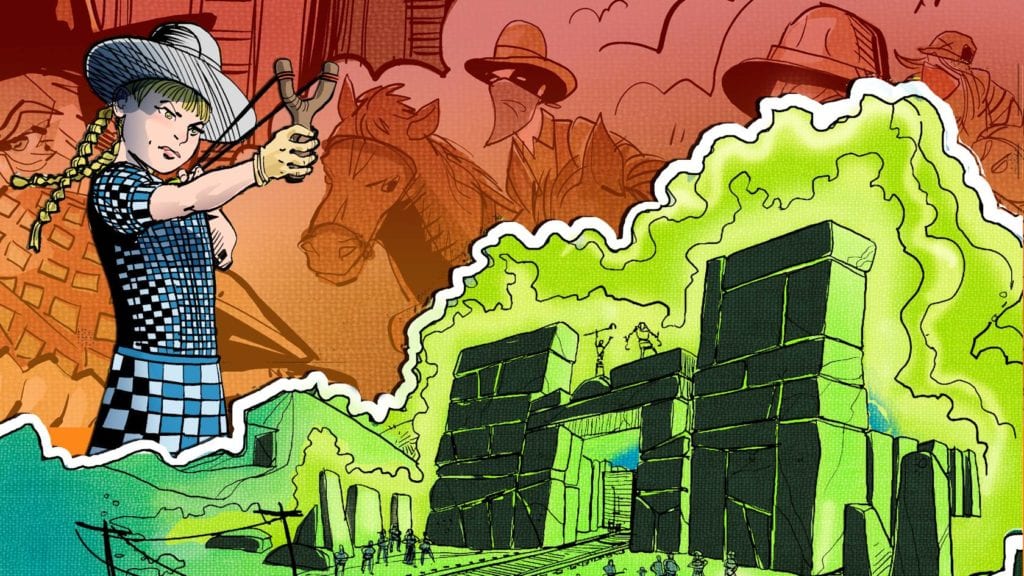 Hot Brass has the creative chaos that defines UH Studios. It helps that John Pence is a writer on another UHS title, The Surgeon. So, with Will at his side, here comes a one-shot for a child-friendly audience. Despite the presence of alcohol, smoking, and mummies around a child character, there’s no hand holding. Characters act as anyone should in this situation: the museum curators are greedy opportunists, the train robbers are fumbling about, and the deputy is ready to start a fight. There’s no bigger context behind their actions, they just do what they want; they’re almost like Larpers playing a game. Because how else do mummies and cowboys go together? 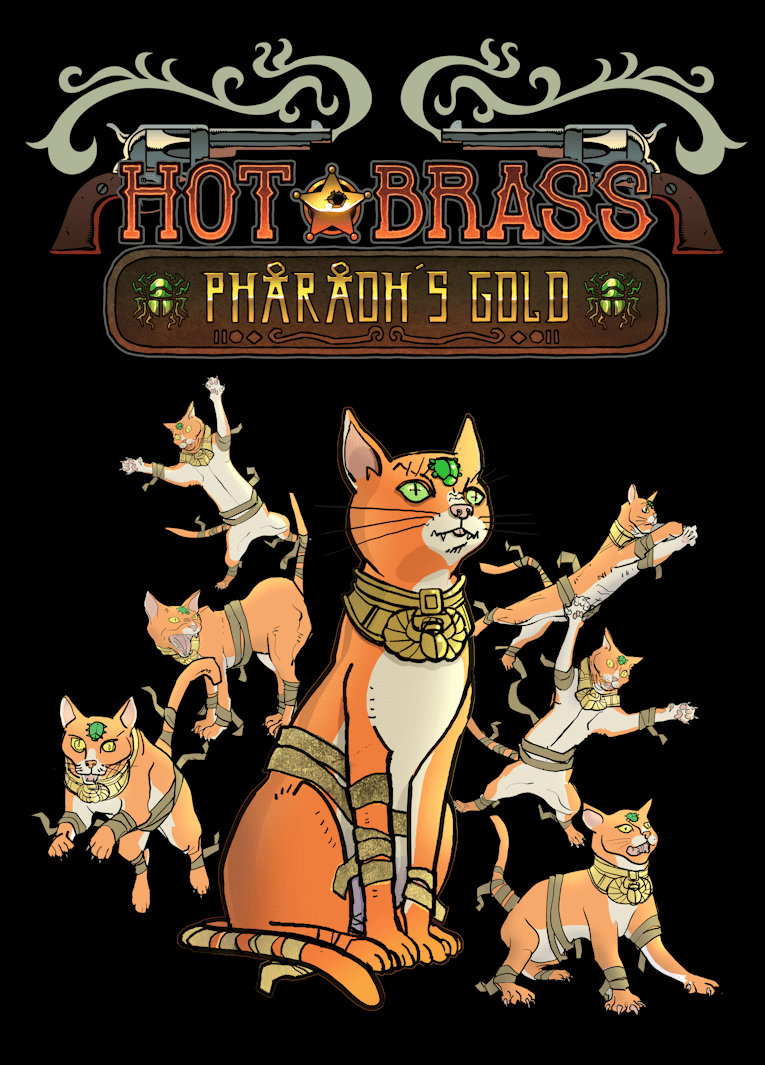 Hot Brass: Pharaoh’s Gold features some simple yet effective art from Koziarsky. Some of the designs that come out of this are in the name of making this scenario more memorable. Take for example the mummy cat, John and Koziarsky like it so much that the cat shows up in some random places. Of course the cat’s bright orange coloring makes it so eye-catching, it’s a bit distracting. Unlike the heroine Sally, whose bright blue dress makes her stand out to match with her outgoing personality.

John, as the letterer, injects personality into every word and action. Like giving a roadrunner the iconic “Meep-meep” sound from Looney Tunes. The inclusion of a coyote in the next panel makes this quick instance twice as memorable for its own sake. Otherwise it would just be in the background of a train making loud repetitive noises.

Get A Shot At Hot Brass: Pharaoh’s Gold

Hot Brass: Pharaoh’s Gold is pure campiness that readers can tell the creators had a good time with. It’s a weird western with all of the nonsense for a memorable pass time. Get involved in the Kickstarter so you can check out this fun, wild ride!

Hot Brass: Pharaoh's Gold is pure camp, nothing but the creators and characters having a good time. Because who wouldn't have fun with cowboys and mummies?Kickstarter: HOT BRASS: PHARAOH'S GOLD - The Campy West