Justin Madson’s nine-issue series BREATHERS, originally published by IT’S ALIVE!, will be collected for the first time by Dark Horse Comics (in collaboration with IT’S ALIVE!) and released in comic stores on February 22, 2023. The collection will also be released in bookstores on March 7, 2023.

About BREATHERS:
Follow the lives of a small cast of survivors as they struggle to keep going in a world where the air is fatal. A detective battles not only the deadly air, but his own demons; a lost pair of siblings question the supposed apocalypse; a mother and daughter fight tooth and nail to stay together; and a salesman peddles breathing masks, trying to do some good to make up for the sins of his past. They are all survivors—they are all Breathers. 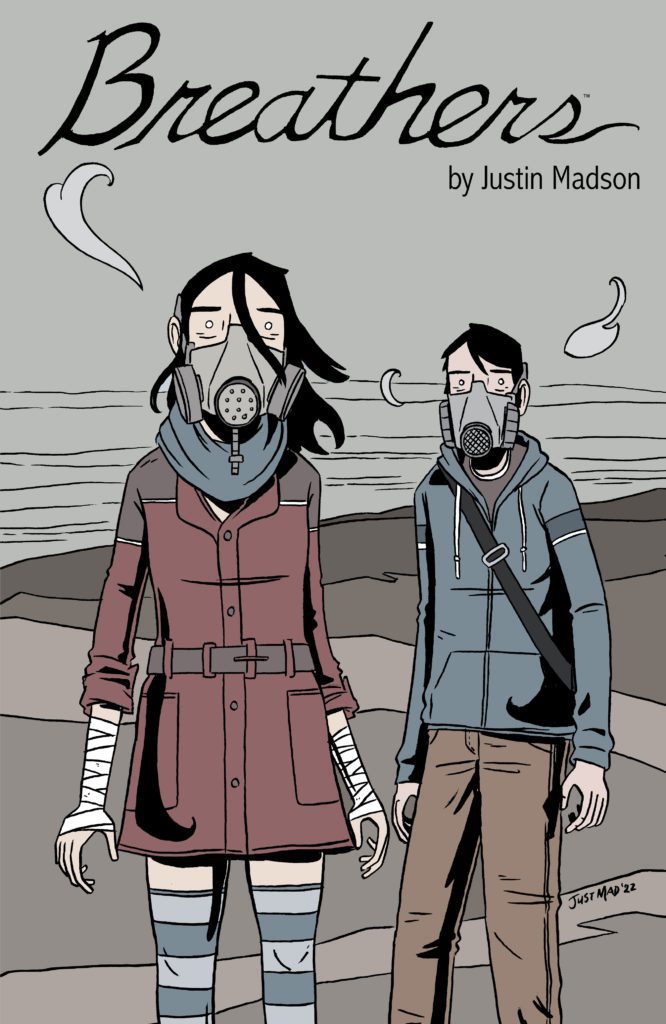 On the reprinting of BREATHERS, Madson said, “Long before the word ‘pandemic’ became a part of our daily conversation, I started work on BREATHERS, a story set in a world where the air was deadly to breathe, so everyone had to wear gas masks when they went outside. Wearing these “breathers” was an accepted part of life since, really, there was no other option. It seemed like a bit of a far-fetched idea at the time, but, as recent years have shown, I was not too far off. I am thrilled to be working with IT’S ALIVE! and Dark Horse to bring my dystopian tale, BREATHERS, to a wider audience.”

In 2019, writer Grant DeArmitt, reviewing for MFR, called BREATHERS “an indie comics masterpiece,” praising Madson’s art and his commitment to the world he created. You can read Grant’s full review of the series here.

The BREATHERS paperback is available for pre-order on Amazon, Barnes & Noble, and at your local comic shop and bookstore, and will retail for $29.99.

Did you read BREATHERS when it was originally published? Will you be picking up the paperback? Sound off in the comments!