How Science and Magic Combine In COGNITION VOL. 1 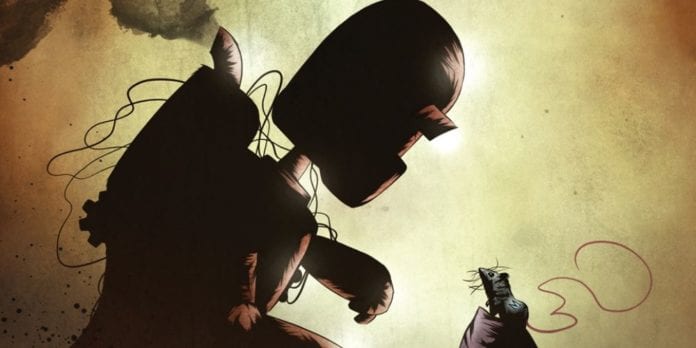 COGNITION VOL. 1 brings magic and science together into one dark and thrilling volume. Fans of the dark and mysterious will love delving into the depths of this one.

Have you ever craved a series that combines the steampunk and the occult? Something that’s both new and dark and oh so compelling? What about comic fans out there that have a soft spot for Johann Kraus? Cognition will fulfill all of those needs, and then some.

Cognition is a dark steampunk fantasy, full of the occult, science, and some fascinating characters. Set in the Victorian era, this series explores the occult using a very unique lens. The tales inside are beautiful and more than a little bit eerie.

The series follows a set of British Occult Secret Service agents, but there are two characters in particular that are truly notable. One is a steam-powered automaton housing a human soul. And the other is a possessed mouse.

Ken Reynolds weaves together a deeply disturbing and fascinating tale here. His characters orbit and inhabit the occult in ways rarely ever seen. Each Secret Service agent is truly unique and fascinating.

Cognition Vol. 1 contains issue zero through four of the series. These issues were a delight to read and did an excellent job of introducing us to the characters and to the world itself.

There are many familiar elements taken and placed into this series – yet they’re warped into something new. The end result was something both familiar and twisted, leaving us feeling somewhat disturbed. It was elegantly done.

As for the art in Cognition Vol. 1…it was sublime. The choice to go with pure black and white was daring and brilliant. And we do mean black and white. Not sepia. Not grayscale. Black and white and nothing else. Whether or not this was intentional, the color palette left us feeling like a commentary on good versus evil, black and white.

Sam Bentley is the man behind that decision and several others. He brought Reynolds’ work to life in this series. And you can see his passion in every detail. The artwork was bold in a way that only solid shapes and colors can provide. It added an unexpected weight to the tales. It was very effective.

Cognition Vol. 1 was a dark and fascinating read. And with the variety of tales that were told, it’s guaranteed that there’s a plot that will touch and linger with each of its readers. It’ll be interesting to see how far Cognition pushes the boundaries of its plot.

Cognition Vol. 1 is currently running a Kickstarted project for a few days yet. Here there hoping to bundle the first five issues of the series – the very ones discussed above. If you’re curious to see more of this world, be sure to check it out!