Grand Admiral Thrawn, a most cunning and intimidating force in Star Wars’ Galactic Empire. A fan favorite from what is now the Legends canon of Star Wars, Thrawn ranks just behind Darth Vader in the most popular villains. So what makes this force-less blue man so notable? We’ll be looking at a few comics that show how. From the Legends Canon to the Disney Canon, Thrawn proves he doesn’t need force powers to get his way. This is the research from the gutters. Spoilers Ahead!

The Legends of Grand Admiral Thrawn 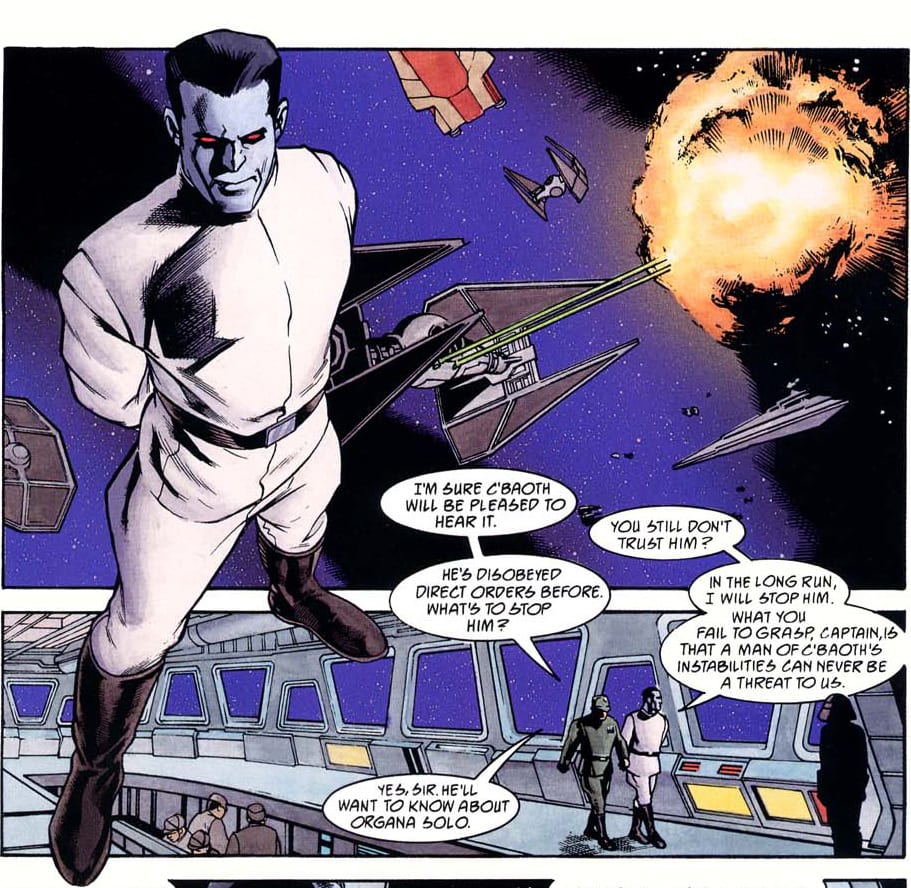 In the Legends Canon novels and their Dark Horse Comics adaptations, Thrawn displays himself more like a Star Trek captain. Unlike force-sensitive Sith Lords (e.g., Vader) or boastful commanders (Cassio Tagge), Thrawn prefers creativity. He studies the arts, architecture, and philosophies of other peoples. This is what gives him a distinct advantage against several of his enemies and the Empire’s xenophobic policies. While the Empire prefers to crush other cultures underfoot, Thrawn’s appreciation of it gives him insights into those people’s strategies. This, in turn, allows him to come up with means to counter opposing strategies. Imagine if Jean-Luc Picard put his work ethic towards military conquest.

Thrawn also rewards his subordinates, who show creativity by assigning them higher positions. After the Empire’s losses in the wake of Return of the Jedi, this allows Thrawn to make the most of situations effectively in the Legends’ Thrawn Trilogy. After all, relying strictly on fear lowers morale. When most of the Empire is made up of people with huge egos, it’s nice to have someone who makes failsafe.

He Even Has His Own Trilogy

Grand Admiral Thrawn strategies work in layers, not unlike how he presents himself in the public mind. Whenever he goes out, Thrawn always ensures that he’s in control whether anyone notices or not. For example in Dark Force Rising, when his scheme to acquire more warships doesn’t go well, he already has another in play. By working a politician to his advantage, Thrawn gets a major threat New Republic Admiral Ackbar behind bars. This later allows him to get more warships for use. Thrawn could easily have won against Republic had his bodyguard Rukh and his people not turn against him in The Last Command. All because Darth Vader steals the spotlight even in death, it involves some poisonous grass Vader left behind to instill loyalty in the Noghri.

For everything Thrawn does, it’s enough for Star Wars to want this man to come back. The metaphorical ghost of Grand Admiral Thrawn is a reminder of how the Empire adapts to changes. For every legend of the Skywalkers, the influence left behind by this reminder of imperial power rivals them. So much so, even some staff members at Disney decided to bring him to their new canon. 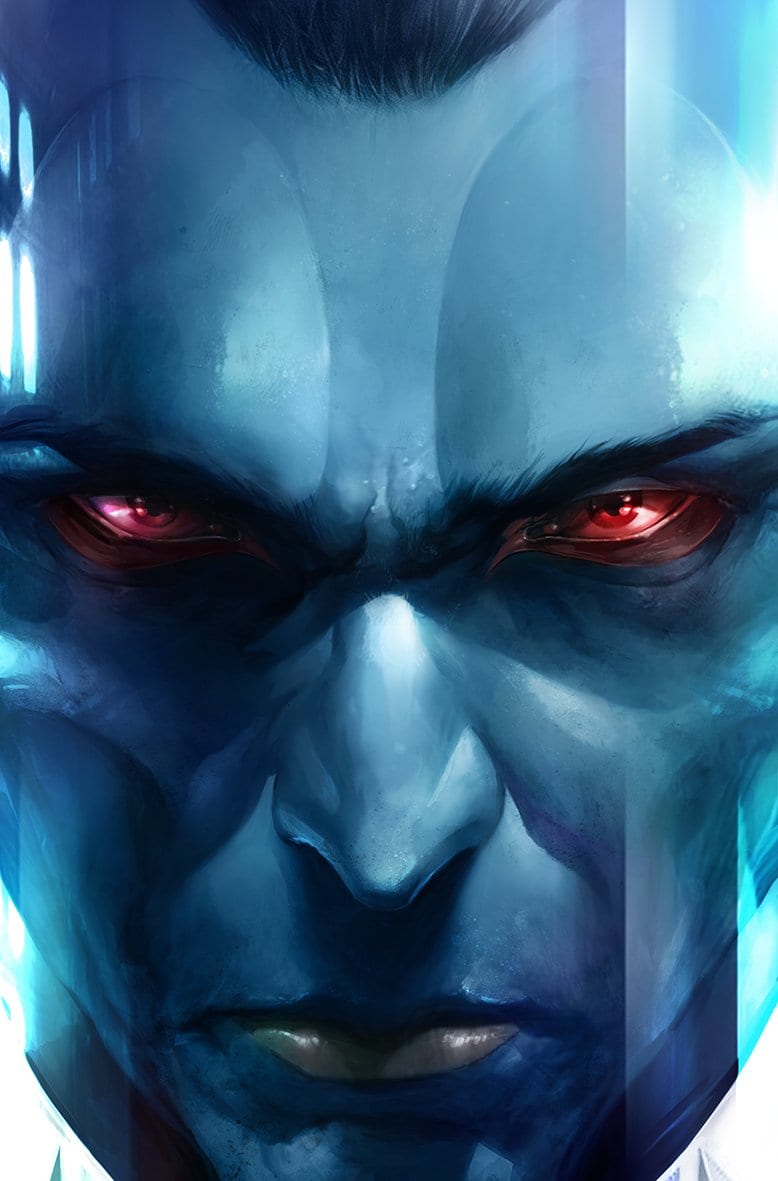 First appearing in Star Wars Rebels as the series’ final antagonist, he quickly gains enough popularity for more stories surrounding him. Not least of which is Thrawn, detailing the Chiss’ rise to power. By starting with just one person, he’s able to secure his position strategically. For Thrawn, rewarding people for his or her creativity doesn’t just mean excellent management; it’s having a firmer authority of power over them. Not only that, but it expands how Thrawn inspires his subordinates to rise above his or her positions. Because rather than take the easy way out, they earn their place. They all believe they can change the Empire for the better. Not for morals though, but a belief in being the necessary evil.

Grand Admiral Thrawn has secured a legacy in being one of the few Star Wars characters to break molds. He is living proof that there is more to this universe than space wizards or flying gunslingers. As a bonus, Thrawn’s creator Timothy Zahn reveals that use of the Star Wars roleplaying game helps develop this character. Meaning Thrawn is a creation for and by a fan using out of the box thinking. It looks like MFR writer Brandon J. Griffin was right, Thrawn is what we were looking for.

What do you all think? Is Thrawn’s presence a fluke? A poor man’s attempt at a Star Trek/Star Wars crossover? Or is there hope that there are fans who can give the Star Wars fanbase what they didn’t know they needed? Leave your thoughts in the comments.