Written by Steve Orlando, with art by Amancay Nahuelpan, colors by Trish Mulvihill and letters by Tom Napolitano, Gotham City Monsters #5 presses pause to cue the big monster fight scene. While in many ways it would seem this is the point of a series like this, this issue feels like a regression. With loud moments and bloody splash pages, it revels in the monster genre. It settles for being the genre, instead of continuing to surpass it. 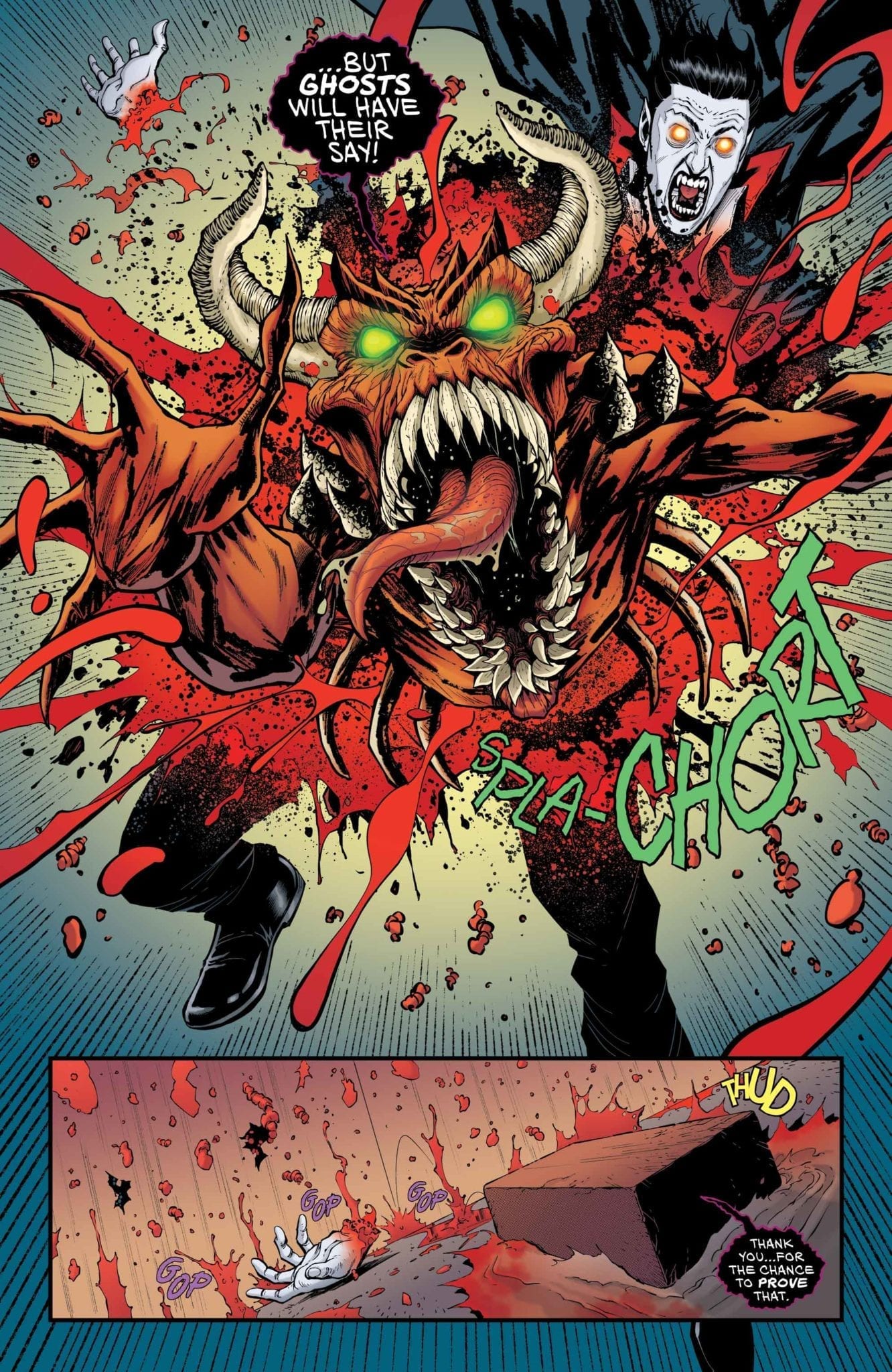 Orlando writes kitch well, and it’s important to point out he knows what he’s doing. The fights are gory and cheesy, but they know they are. Larger-than-life characters with unknown histories show up to serve as colorful enemies and be vanquished. Their role is to make a pretty mark on the pavement. With one issue left to go, it’s unclear if Orlando seeks to push the limits of where these characters fit or embrace their given lot.

Nahuelpan’s art is perfectly fitted to Orlando’s approach. The blood and brains flying across the page are perfectly and gruesomely rendered. Melmoth’s twisted grin as he fights off Frank and the gang is like seeing his soul painted in his expression. Slaughter Swamp oozes off the page so vividly it’s hard not to feel you’re wading through swamp water as you read.

Mulvihill’s colors have their moments of brilliance. Yet this issue feels less nuanced. In previous issues, Mulvihill’s coloring beautifully swayed back and forth between light and dark. In this issue, she settles into more of a greyish middle hue. The contrast is often lost, and the pages rarely feel cohesive. Perhaps it’s that Mulvihill so perfectly sets the mood on some pages, the others seem to not quite meet the bar. 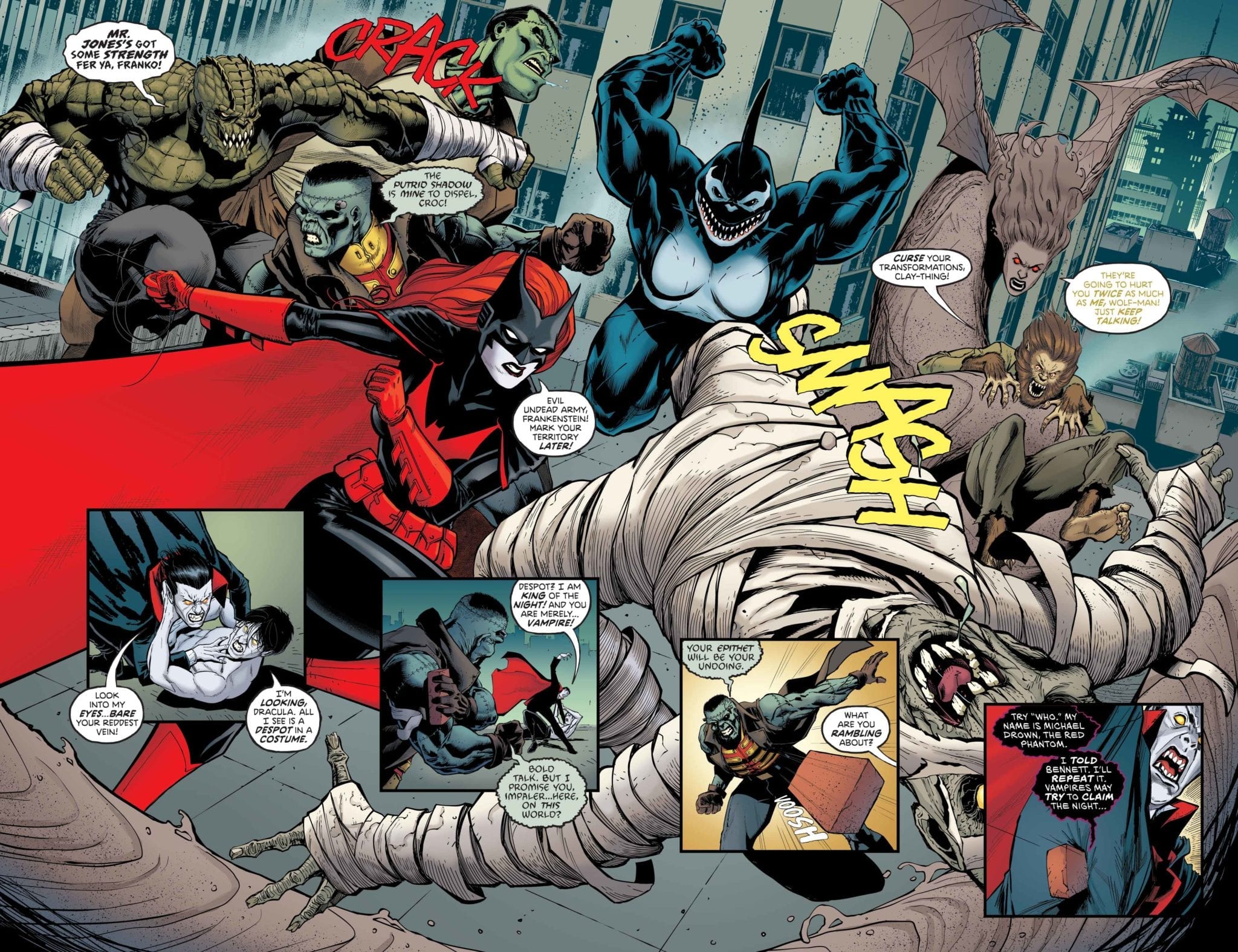 Napolitano continues to have a raucous good time. The many fonts assigned to each character, specifically crafted to say something about them. Napolitano even goes so far as to distinguish how one Frankenstein speaks versus another. Many of the sound effects, while serving similar purposes, are written very differently. No two sword slices may sound alike.

If you’re looking for the monster brawl promised in the last issue, Gotham City Monsters #5 is for you. It’s all the fun of slasher films, and classic creature tales rolled into one. While much of this series pushes these characters away from their stereotypical uses, this one plants them right back in there. We’ll have to wait for the finale to see whether the monsters have a bright future, or whether they must settle for their lot in life.

Written by Steve Orlando, with art by Amancay Nahuelpan, colors by Trish Mulvihill and letters by Tom Napolitano, Gotham City Monsters #5 presses pause to cue the big monster fight scene. While in many ways it would seem this is the point of a series...GOTHAM CITY MONSTERS #5: Cue the Monster Mash