Wally West begins his Journey to redeem the Flash!

Wally West was the face of DC’s Rebirth as well as its original Titans series. As one of the most popular versions of the Flash, the comic book community cheered for his return. Over time, however, he began sliding further and further into the background. After losing his connection to his Pre-New 52 wife and kids, his next big arc was seen in Flash War, which ended with him getting sent off to Sanctuary for therapy.

Just when people thought this would be a new chapter, the Heroes in Crisis storyline happened. Feeling the weight of all the heroes pains, Wally lashed out, inadvertently killing 13 C-List heroes. Now we have a new series that hopes to redeem the Scarlet Speedster. But can he? 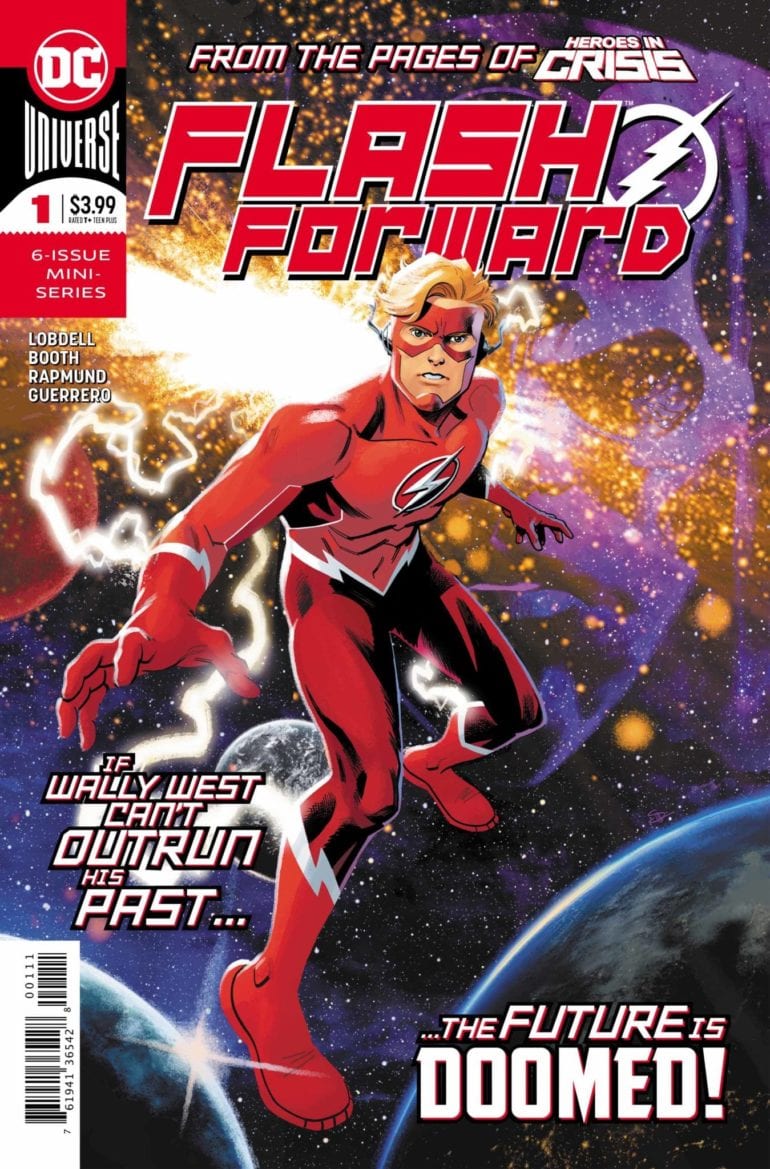 We open with a view from outside the Multiverse. A being known as Tempus Fuginaut watches as the Dark Multiverse continues to seep into the DC Multiverse. Knowing full well, this could mean the end of everything, Tempus seeks out “The Fastest Man in the Multiverse.” Back on Earth, Wally sits in Blackgate, unable to sleep due to his actions. Every day, inmates try to kill him, and he keeps hoping they do. The only one who visits him is Linda Park, his pre-New 52 wife. While she says there is hope for him, Wally refuses to believe and leaves her, heading back to his cell to suffer. 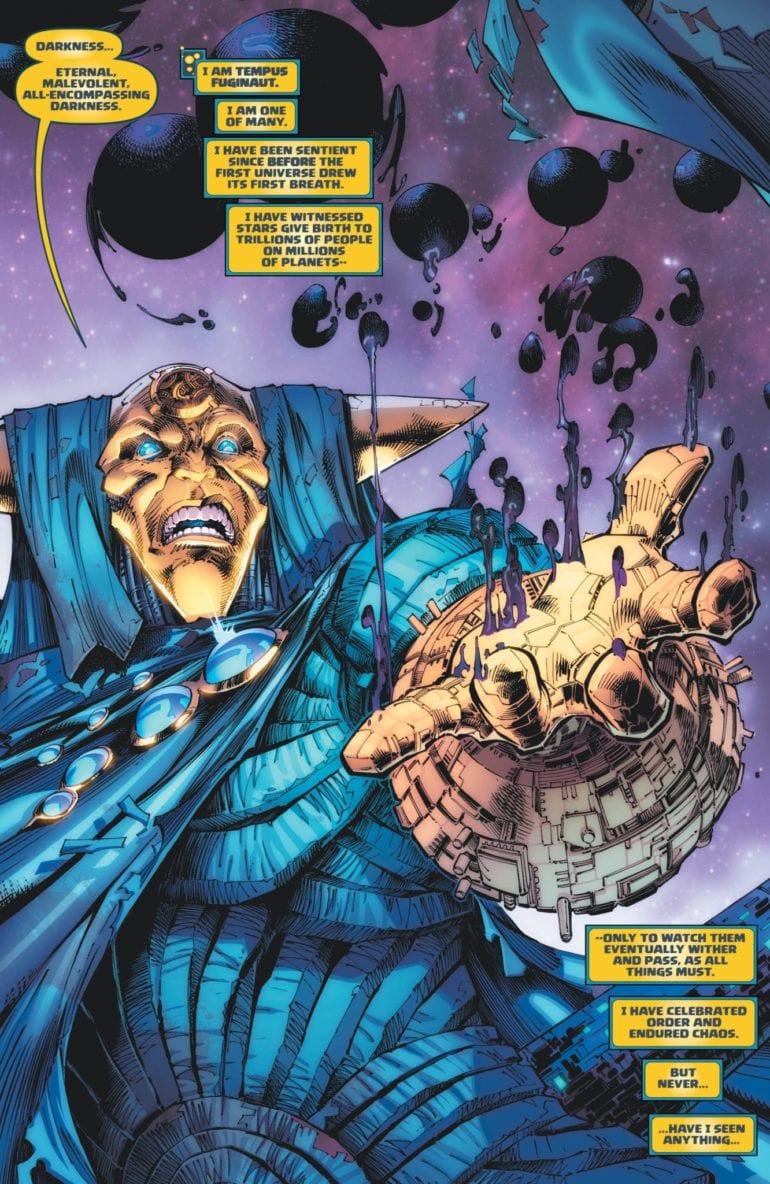 The way Wally is acting is precisely how he should have acted in Heroes in Crisis. I honestly felt more compassion for him here than the entirety of the last miniseries. We didn’t get a hint of his depression until the very end of the miniseries, with him acting more like a selfish villain in previous issues. Lobdell is successfully able to show how Wally is suffering after the events of Heroes in Crisis, making him a more sympathetic character that you want to see redeem themselves.

As for the story itself, it does an excellent job in setting up the redemption journey for the Flash. Instead of it just focusing on Heroes in Crisis, Lobdell takes pieces from across the Rebirth era so far. From Dark Knights Metal to Flash War, it feels like this is a culmination for Wally’s journey. The only problem with it is that is it could just fall back on these old stories instead of presenting something new. It still needs to be fleshed out more, but it’s a very good start to the series. 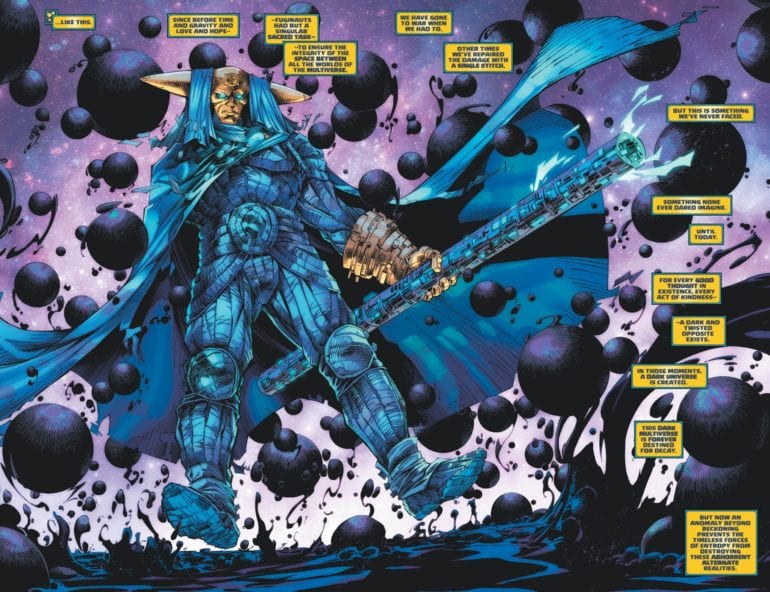 Brett Booth has always done fantastic work on Flash-related titles, and this is no exception. His design for Wally’s Flash suit looks as amazing as it was first seen in Titans, as well as his speedster lightning. He also did an incredible job with the design of Tempus and the outer multiverse, capturing the weight of the situation as the dark inky earths of the Dark Multiverse rose from the ground.

The colorwork of Luis Guerrero brings Booth’s linework to the next level. With the brightest colors being Flash and his flashbacks, it is a reminder of the man Wally once was and will be again. The team works well together, and I can’t wait to see how the rest of the series will look. 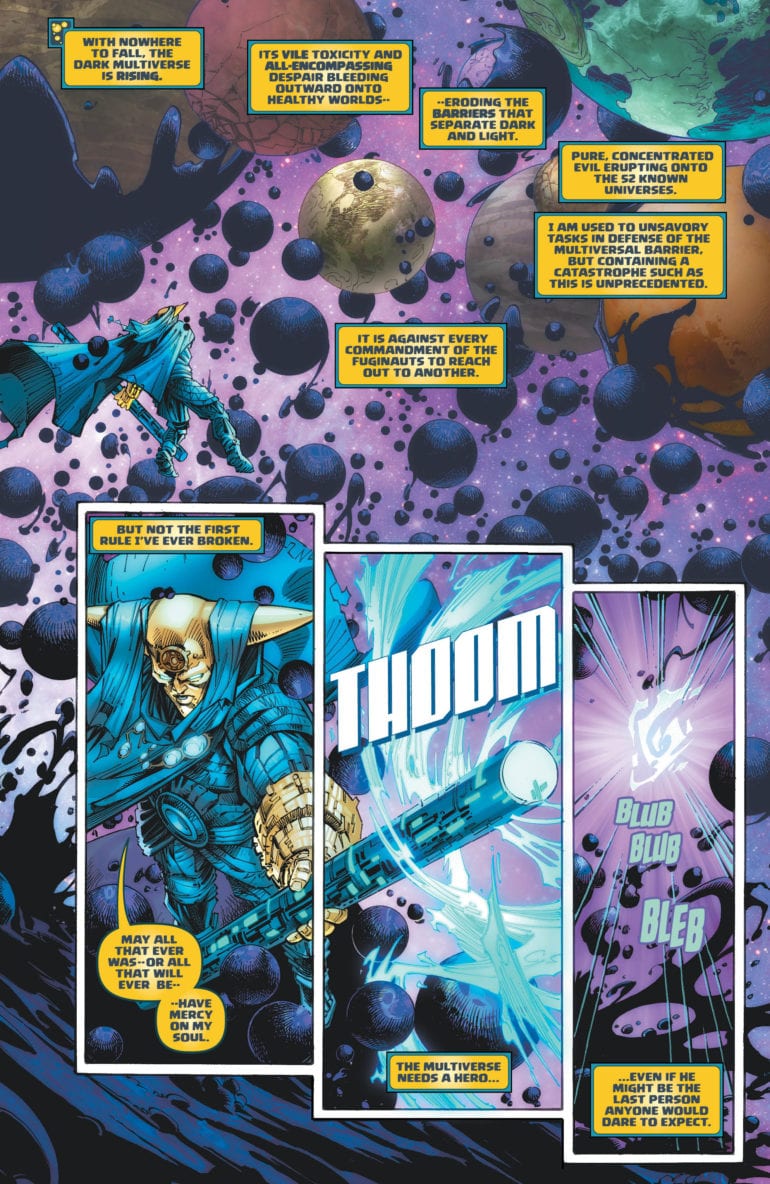 For a first issue, this does a great job setting up the miniseries. We see the stakes that threaten the multiverse, but we also see that this story really will be a redemption story for the fan-favorite Flash. The art team does a fantastic job bringing the tale to life and has me excited for the rest of the series. Wally’s journey has just begun, and I highly recommend it.

Flash Forward #1 is a beautiful start to the redemption of one of DC's Favorite SpeedstersReview: FLASH FORWARD #1 Begins the Redemption of Wally West