[Review] THE DREAMING #7 Wakes Up in the Human Realm

THE DREAMING concluded its first arc in the dynamic and dramatic previous issue. Battles were had, revelations were made, and one can’t help but admire the complexity of the story being told. In this latest issue, we step away from the Dreaming as the dust settles after the epic bout with Judge Gallows to a focus on what Daniel has been up to since THE SANDMAN UNIVERSE #1. 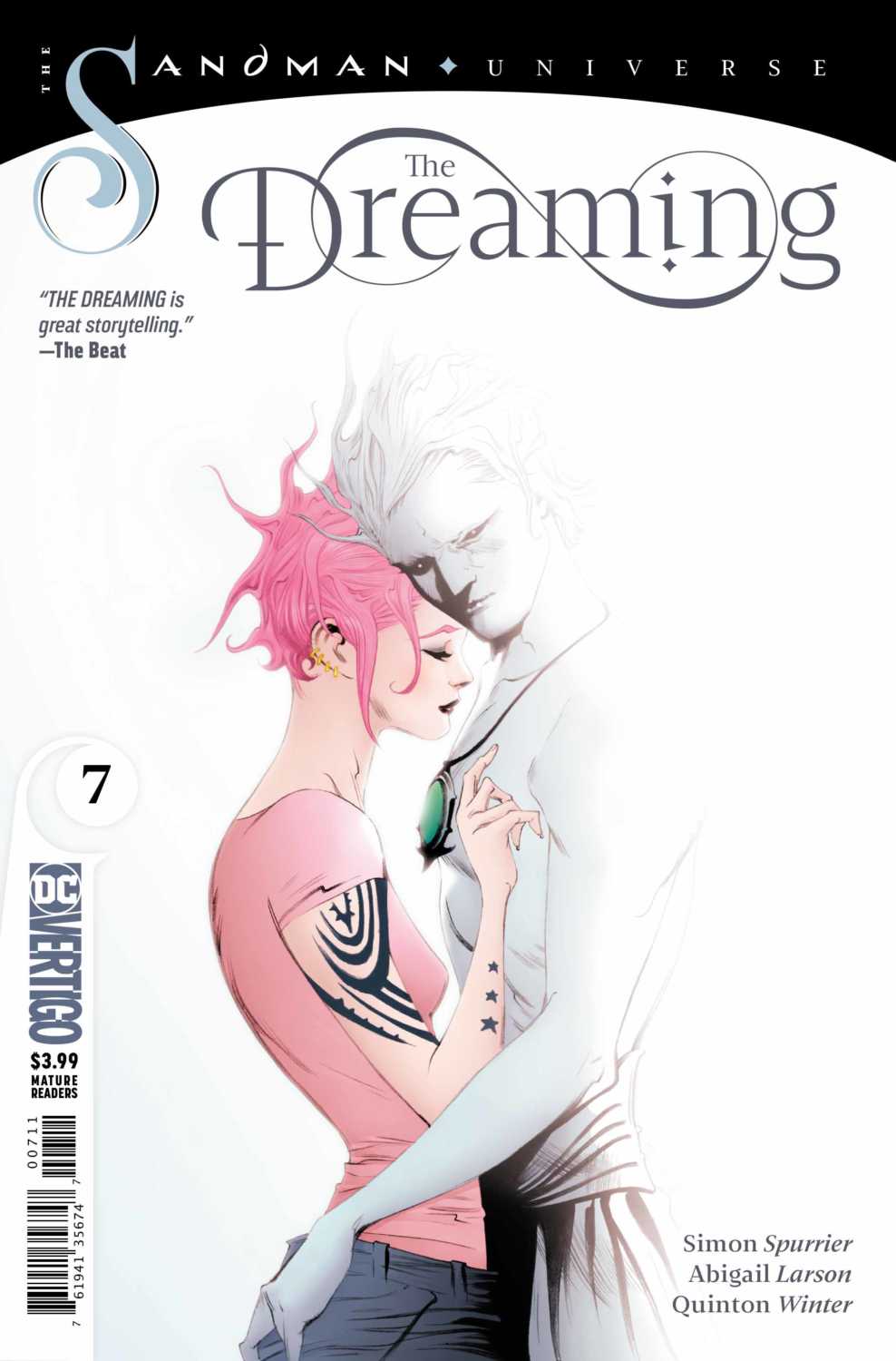 A pale god has wandered the Earth, banished and bound. For one ill-fated family, he leaves only the wreckage of a cataclysmic romance. As the Dreaming convalesces after its recent upheavals, at long last it’s time to follow the footsteps of its absent master. But we must tread lightly. For where Dream walks, heartbreak follows.

Writer Simon Spurrier delivers an emotional, human story about dealing with things that are beyond our control. We are (re)introduced to some characters we’ve met earlier, including Rose Walker, who first appeared in Neil Gaiman’s original SANDMAN as the grandchild of Desire of the Endless. We also meet Rose’s mother, dying of cancer in a hospital. She was also seen way back in the Sandman Universe special, where Dora helped ease her suffering with dreams she had forgotten.

While I would have preferred to read on about the primary on-goings in the realm of the Dreaming, this is a well told interlude that fits in nicely with the bigger picture at play.

Now that THE DREAMING has shifted focus to the human realm, it seems reasonable that the style of artistry would shift as well. Abigail Larson takes over for the magnificent Bilquis Evely.

Larson’s illustrations are much more tame than Evely’s, which is likely their intent. I was particularly a fan of Larson’s use of smoke, which wafted and waved throughout each page. It was a clever device to lead the reader through Rose’s story.

Colors by Quinton Winter were less surreal than done in the previous issues. Winter’s use of a more bold palette when in the flashback sequences were a nice contrast to the dialed down colors in the hospital. The letters by Simon Bowland brought it all together, utilizing different styles for different characters, as well as emphasizing the right words to help express the dialogue’s inflection.

THE DREAMING #7 is well-told, human story. Hopefully it work its way back to the realm of the Dreaming sooner rather than later.

What do you think of THE DREAMING so far? Let us know in the comments!

[Review] THE DREAMING #7 Wakes Up in the Human RealmWith a new arc and artist, the story takes a (hopefully) brief detour from the chaos in the realm of The Dreaming. Still, it’s a well-structured tale of tragedy and Desire, that devotees of the original SANDMAN might appreciate more than new readers.