[T]he new Amethyst series follows teenager Amy Winston, a.k.a. Princess Amethyst, as she returns to her magical kingdom to find it in ruins, her subjects vanished, and none in the realm of Gemworld still loyal to her house. To solve this mystery, restore House Amethyst, and save her family, Amy must find new allies and confront dark secrets on a deadly quest to the farthest reaches of Gemworld. 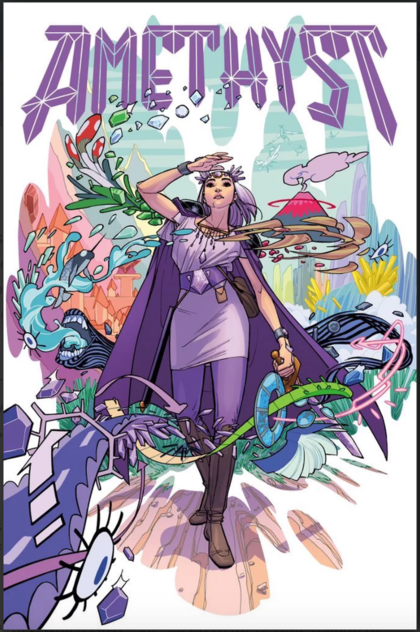 The Dreaming: Writer G. Willow Wilson and artist Nick Robles are taking over this Sandman Universe title as of issue #19. Wilson spoke to THR about getting the chance at her new gig while on a book tour in Colorado:

“What was funny about that conversation was that I walked outside kind of in a daze after it was over and I looked at the mountains and I had this wave of deja vu, because the very first time that I read Sandman at a good friend of mine’s house in high school, I was in Longmont, Colorado.” 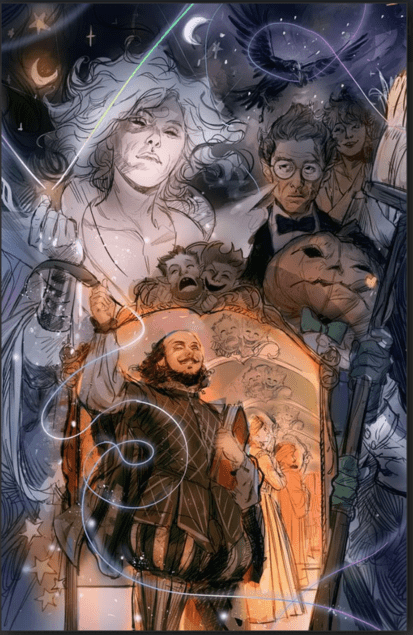 Current Dreaming writer Si Spurrier will go on to helm both a Hellblazer one-shot as well as an ongoing series. He had this to say about his new charge, John Constantine:

“They asked me for a quote about how great John Constantine is and how honored I am to write him. Bollocks. He’s given me a stomach ulcer and I haven’t slept in weeks. Just read the bloody comic so he leaves me alone.” 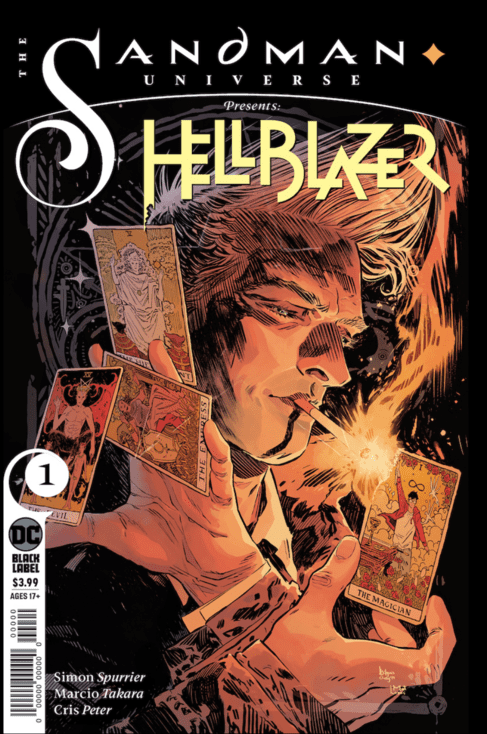 Harley Quinn & The Birds of Prey: These characters will not only be featured in their own feature film next year, but also in a new Black Label series by Amanda Conner and Jimmy Palmiotti. DC describes the book this way:

With Harley finally done with The Joker, she’s moving forward with her life (as only she can) until she’s beset by a rogue’s gallery of Gotham City’s worst villains, the target of a $10,000,000 bounty placed on her head by the Clown Prince of Crime. It will take the help of Black Canary, Cassandra Cain (a.k.a. Batgirl), Renee Montoya, and the Huntress to help Harley and get to the bottom of why The Joker has turned Gotham’s worst loose on her. 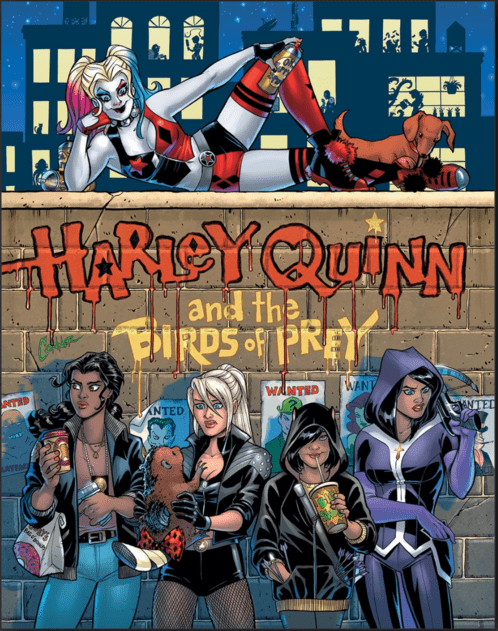 The DC Universe Timeline: While not a comics project per se, co-publishers Dan DiDio and Jim Lee did reveal a comprehensive timeline of DC Universe continuity. As DiDio told the audience at the publishers’ panel:

“The whole idea here right now is, from our standpoint, we’re trying to organize a sense of when the DC stories took place and how they all fit together.”

The basic breakdown of the new/old timeline is “Dawn of the Heroic Age,” marked by Wonder Woman’s arrival in Man’s World; “The Space Age,” where Superman debuts; “The Age of Crisis,” which stretches from 1985’s Crisis on Infinite Earths to 2011’s Flashpoint; and “The Flashpoint,” which is the current era of the DC Universe.

But that’s not all the DC news! They also announced artist Stuart Immonen on a horror series with Joe Hill; Jim Lee and Brad Meltzer collaborating on a war comic; and Cliff Chiang both writing and drawing a new Black Label book.