Hammerhead, doppelgängers; and a new team is formed as Charles Soule kicks off DAREDEVIL #606 by taking the way back machine to the 1960’s resurrecting a storyline from DAREDEVIL #16. Let’s jump in!

To see what happened last issue, click on the writer’s name below.

After uncovering that Wilson Fisk fixed the Mayoral Election, Daredevil forms a secret team composed of McGee, Cypher, and the Reader to help track down evidence to take down Kingpin once and for all. Meanwhile, Daredevil stops Hammerhead from robbing a bank and ends the issue by stopping a barroom brawl that was started by Matt’s twin brother Mike Murdock!

Soule perfectly explains how pointless it is to rob a bank in today’s society, which is entirely correct. Why would anyone rob a bank with explosions and guns anymore when you could take the money through cybercrime? Also, Soule tells readers that the only reason someone would physically rob a bank today is to prove a point and show people who’re boss. These explanations are the little extra’s that make this issue above the rest this week.

It’s All About Perspectives

Soule can write the heck out of Matt Murdock, but Phil Noto’s art changes the visual perspective of Daredevil while he fights, which sets this creative team apart from so many others in comics right now. Soule and Noto show readers what it’s like to be Daredevil and Clayton Cowles changes the viewpoints and layouts from each frame and panel.

Readers bounce back and forth from being a spectator in this tale to physically being in the hero’s shoes. Soule, Noto, and Cowles ARE Daredevil right now, even down to the characters movements and fighting style. Together, these three are explaining in detail how Daredevil’s powers work as he’s using them and they’re making the reader feel apart of the story.

As Daredevil is forming his new band of Merry Men, Soule uses McGee to remind readers as to how ruthless and cunning Wilson Fisk can be.  This is necessary because new readers may only know Fisk as a Mayor and don’t truly know the evil history surrounding the character. So, Soule takes the time to re-explain how awful the Kingpin is by indirectly telling readers about Wilson’s past transgressions like putting bodies in his building’s foundation, making it impossible to uncover their remains.

Noto’s art comes across as muddy and deep. The comic feels earthy, which sounds weird to say because this story takes place in Hell’s Kitchen. However, even though it feels muddy, Noto’s art is hard-nosed and gritty while coming across as smooth and natural. Readers would expect a story that takes place in New York to be dark and twisted like Gotham City, especially one centered around the Devil of Hell’s Kitchen. But somehow, Noto’s art feels like it fits perfectly.

The art manages to encapsulate a rough and tough area that’s also down to earth and filled with a sense of brawling respect. Noto, along with Clayton Cowles, helps attract readers to this comic and make them feel apart of New York City. Their art and lettering draws fans into the story and fits brilliantly with what Soule is doing in Daredevil right now.

Absolutely! Soule forms a new team to secretly stop the Kingpin with some C and D-list characters that are unique and have interesting abilities. His explanation of Daredevil’s powers and narration throughout the issue are so inclusive and helpful to new and old readers alike.  Noto’s art is exciting, clean, and smooth. His colors and tone are mellow and natural throughout the issue, as well as Cowles calming letter choices for Matt Murdock’s inner monologues.

If you need more reasons to buy the issue, how about the new character named Reader? He’s a blind guy that can read Braille but whatever he reads comes true. His abilities work three times, half as accurate each time, and then his powers stop working until he sleeps. Once he wakes up, his powers are back. That’s just nuts! Who thinks of that as an ability? And now, Daredevil gets to utilize him. And if all of the above wasn’t enough to get you to read DAREDEVIL #606, how about the reintroduction of Matt Murdock’s twin brother from the 60’s? Seriously, pick this up!

DAREDEVIL #606 is a perfect starting point for new and old fans to jump on. Soule gets readers caught up immediately with what’s essential and doesn’t waste any time digging into his story. Soule, Noto, and Cowles are the three amigos that make this comic exciting, engaging, easy to follow, and great to look at! Now is the time to add this to your pull list. 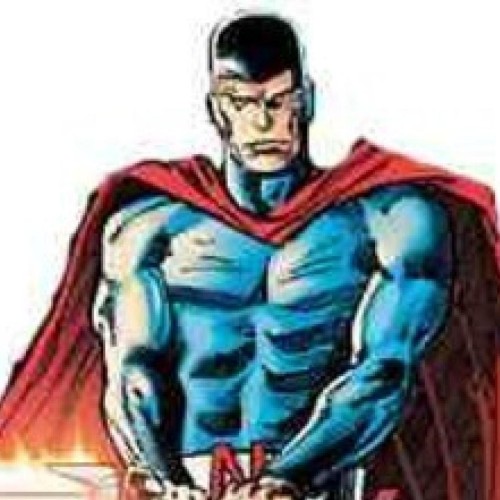 Dispatchdcu
I love comics, movies, tv, and basically all things pop culture related. Walt Disney World is my happy place and the best music ever created came from the 80’s. I’m a diehard Philadelphia Eagles fan that can get you a 5 on your AP Calc exam. I hate being hot. I hate being cold and I run at least 5 miles a day just to stay in shape. Message me the next time you want to meet up for disc golf and did I mention I read A LOT of comics. My amazing wife and family will always come first and always remember to never go in against a Sicilian when death is on the line.

DAREDEVIL #606 Review: Nelson, Murdock and Murdock Attorneys At LawHammerhead, doppelgängers; and a new team is formed as Charles Soule kicks off DAREDEVIL #606 by taking the way back machine to the 1960’s resurrecting a storyline from DAREDEVIL #16. Let's jump in! WRITTEN BY: Charles Soule ART BY: Phil Noto LETTERS: Clayton Cowles WARNING SPOILERS AHEAD!!! DAREDEVIL SPOILERS TOO! To see what happened last...