Fresh off the release of Savage Sword of Conan #1, Gerry Duggan, in conjunction with Mike Deodato Jr, will continue to spearhead the Conan the Barbarian initiative at Marvel in a brand new series, Savage Avengers.

The series will reintroduce Conan back to the Marvel Universe with a team that is also comprised of Wolverine, Punisher, Elektra, Venom and Brother Voodoo. The first issue will set various questions into motion, like what is the City of Sickles? Who is the Marrow God? How is The Hand involved in correlation to Conan’s world? We’ll soon find out!

“This is an unsanctioned team of heroes,” said Duggan. “It has to be something that visually makes sense to you, and I think it does. We envisioned a threat, a magical green zone where the evil wizards of Conan’s world are trading spells with The Hand in Japan. Conan is on a very ‘Conan-like’ mission; he’s heard a tale of an amulet so he’s chasing it, and the evil magic sorcerers are doing something that would be a Marvel’s Avengers problem. It feels like we have found some very fertile ground that is a Venn Diagram between those two worlds.” 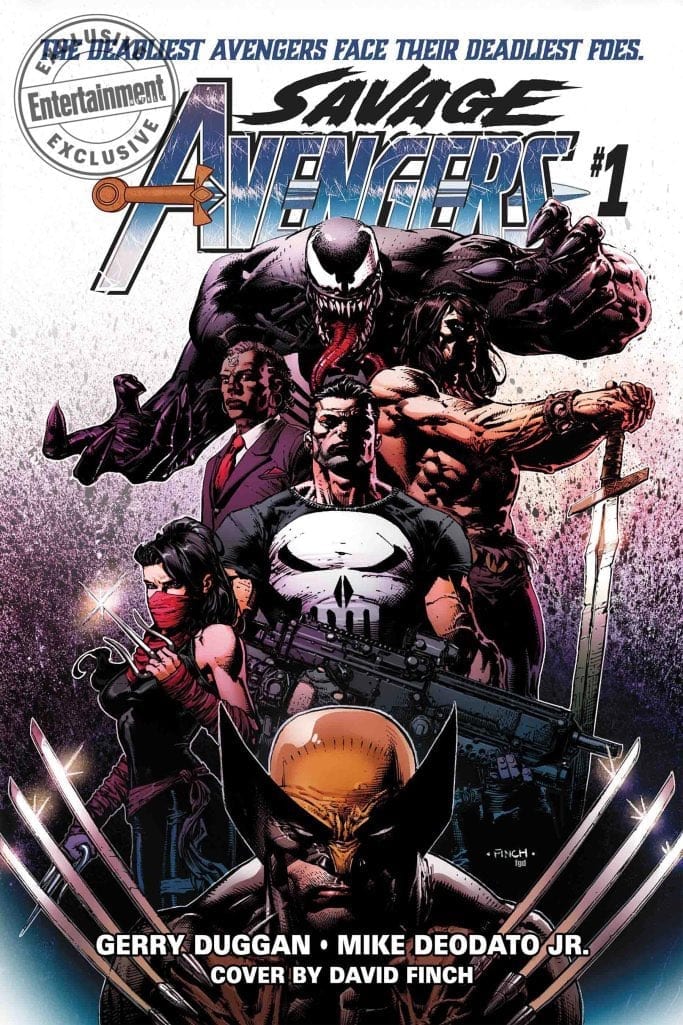 No news yet on the release of the first issue, but the publisher has indeed opened preorders.

Click HERE for the official release from Entertainment Weekly, which broke the story.

What do you think, Are you ready for the year of Conan the Barbarian? What do you think of this ragtag group of misfits and antiheroes? Let us know in the comments section below.