Brian Hibbs at ComicsPRO: Falling Sales and Too Much Product

More comics news has come out of the annual ComicsPRO (Professional Retailer Organization) gathering that took place February 21-23. Brian Hibbs of San Francisco’s Comix Experience may not be a name familiar to most fans, but he is certainly well known in the comics industry. Back in 2002, Hibbs brought a class action lawsuit against Marvel over their refusal to accept returns on comics that shipped late or had creative team changes announced after the period when retailers could alter their orders; Hibbs’s action led to direct changes in the Diamond ordering system. 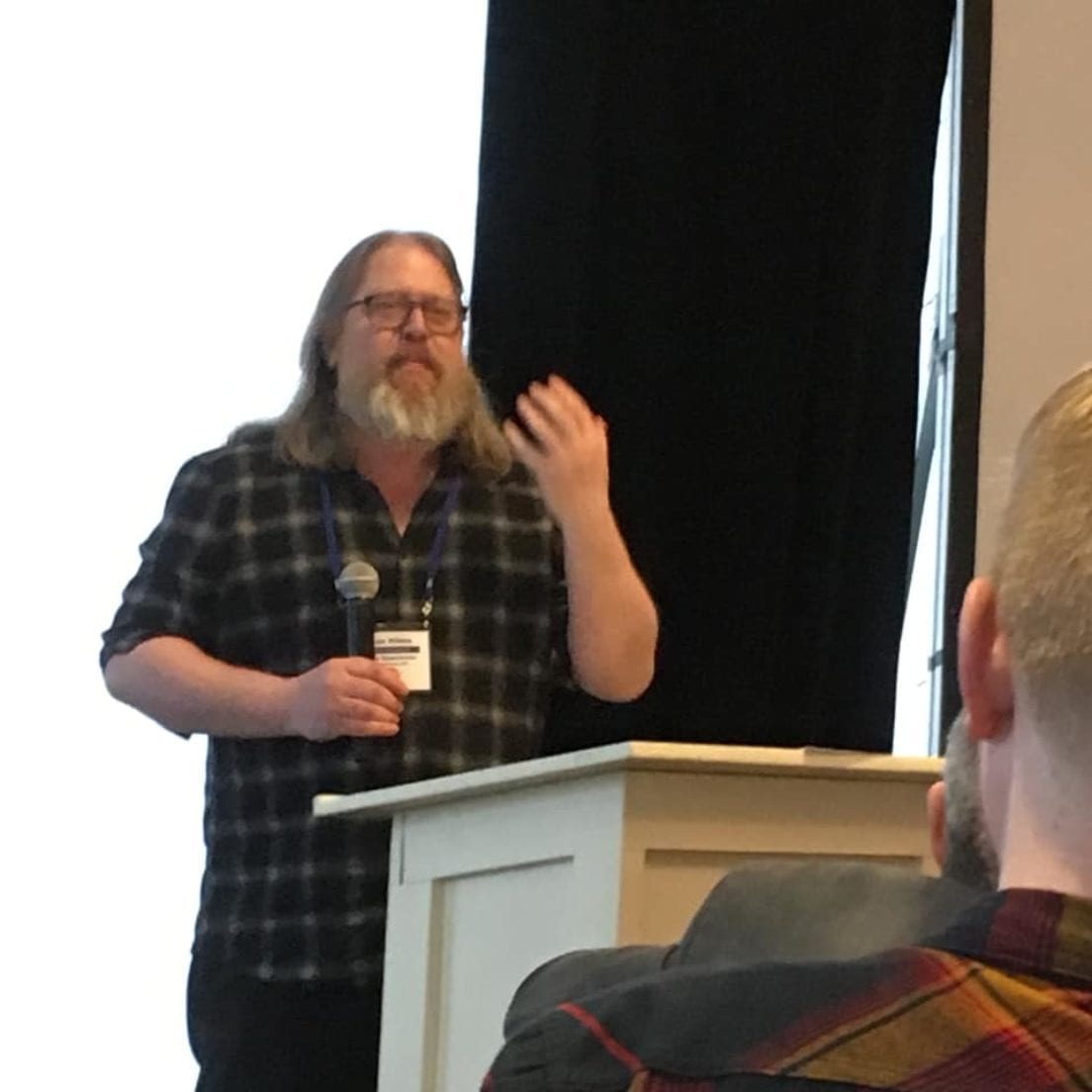 In 2018, Hibbs wrote a scathing open letter to the publisher about their steep Comixology discounts on collected editions.

This year, Hibbs is in the news again after his “state of the industry” speech at ComicsPRO. He spoke, as usual, passionately and without pulling punches. Here are some selected highlights of the talk that has rippled far beyond the North Carolina hotel where it was presented:

“National sales are very poor – there are comics in the national top 100 that aren’t even selling twenty thousand copies.  A significant number of stores have closed — perhaps as many as 10% of outlets.”

“First and foremost, a lot of that blame for that lies with the very people in this room. Honestly, publishers and creators will only do what they think they can get away with.”

“We have, as I see it, two major problems at the publisher level: one of content, and one of the amount of product.   In terms of content, while I think that we’re at a golden age of comics right now, with more amazing material being published than ever before, the base level of quality of our core periodical product… is at a near-historical nadir.”

“Content is, of course, the thing we retailers can impact the least.  ‘Make better comics’ has long been a battle cry, but its out of our direct wheelhouse.  Perhaps the cry should be to ‘Make better EDITORS’?”

“Publishers are treating the customers as ‘super fans’ who are bottomless ATM machines.  But every working retailer in this room can tell you that this doesn’t match the reality of our customers: the people who want (or even can afford) this endless barrage of material clumping down the pipeline is narrowing and hollowing out month after month, and is soon going to hit a number that is probably not sustainable for any of us.”

Next, Hibbs called out an upcoming Marvel event in particular:

“Want a clear and current example of Marvel’s preposterous ‘flood the zone’ strategy?  War of the Realms is supposed to be their major… project in 2019, but in the first month alone they’re asking us to buy into TWO issues of the series being released with no sales data, as well as FOUR different tie-in-mini-series.  All six of these comics (which are built around a six issue storyline) will require final orders from us before we’ve sold a single comic to an actual reader.  Is there anyone in this room thinks that this is good? That this is sustainable?”

“It isn’t just Marvel, of course; this rot and weakness penetrates down to the smallest publishers too: Zenescope and Dynamite and Archie and Action Lab, to name just a few, all seem utterly incapable of producing comics without 2-5 covers apiece, while organizations like Avatar and Boundless and American Mythology appear to have strategies utterly pinned on releasing up-priced variants of the same material for multiple months forward.  None of these models are sustainable, none of them increase the number of READERS by even one.”

Whew — and those highlights offer just a taste of the overall presentation! You can read the text of his entire speech here.

This wasn’t the only news from ComicsPRO, of course. After some of DC Co-Publisher Dan DiDio’s comments to retailers were misreported and misconstrued, DiDio went on Facebook to address one hot topic in particular.

Looking at Hibbs’s speech from a fan perspective, do you agree with him about the amount of product and variants driving away customers? Do you buy less than you used to? Leave us a comment!