BATMAN/SUPERMAN #16: The Finest Of Their Worlds Collide

Batman/Superman #16 shows how the World's Finest can both stand out on their own and remain quite important to each other.

Batman/Superman #16 from DC Comics begins an invigorating take on the World’s Finest. Writer Gene Luen Yang depicts a Batman on one Earth and a Superman on another as a big mystery unfolds beyond them. Artist Ivan Reis presents this grand plot in a unique method of parallel storytelling via simultaneous film reels. Colorist Danny Miki ties it all together by decorating the worlds in appropriate tones for Superman’s optimism and Batman’s gothic landscape. Finally, letterer Saida Temofonte gives each moment of intensity a chance to firmly connect these two disparate worlds. 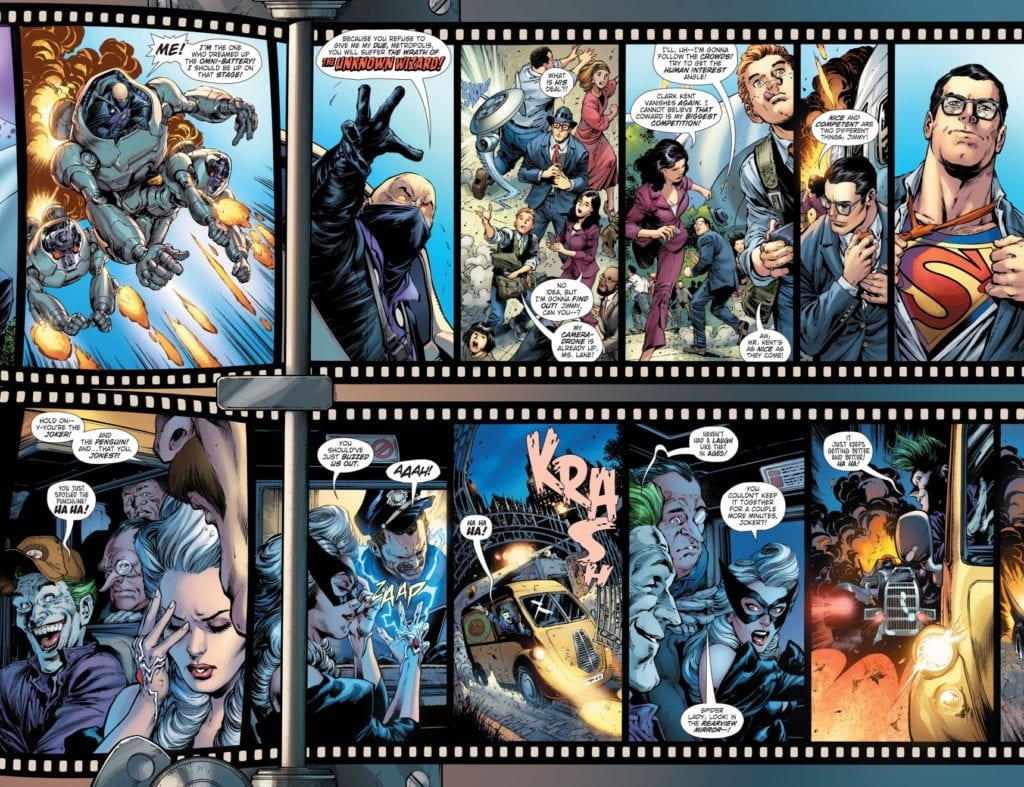 Yang takes Batman/Superman #16 away from DC’s present time for a standalone tale of two worlds where Superman and Batman don’t coexist. The lack of one and the other affects each world for the worse. Without Batman, Superman has little reason to suspect the seedy Wayne Family under Martha Wayne. On the other hand, the lack of Superman makes the already gloomy state of Gotham feel outright dreadful. The image of the Joker being unable to contain his laughter comes across as sad, rather than frightening, given this dismal context.

That’s not to say either hero is entirely at the mercy of his dreary world. Superman has Lois Lane and Jimmy Olsen to steer him in the direction of trouble he might miss. Meanwhile, Robin’s lines bring quite a lot of levity to the grimness of Gotham City. The use “Holy (X)” even serves as a tribute to the iconic Robin depiction by Burt Ward from the Adam West Batman show. 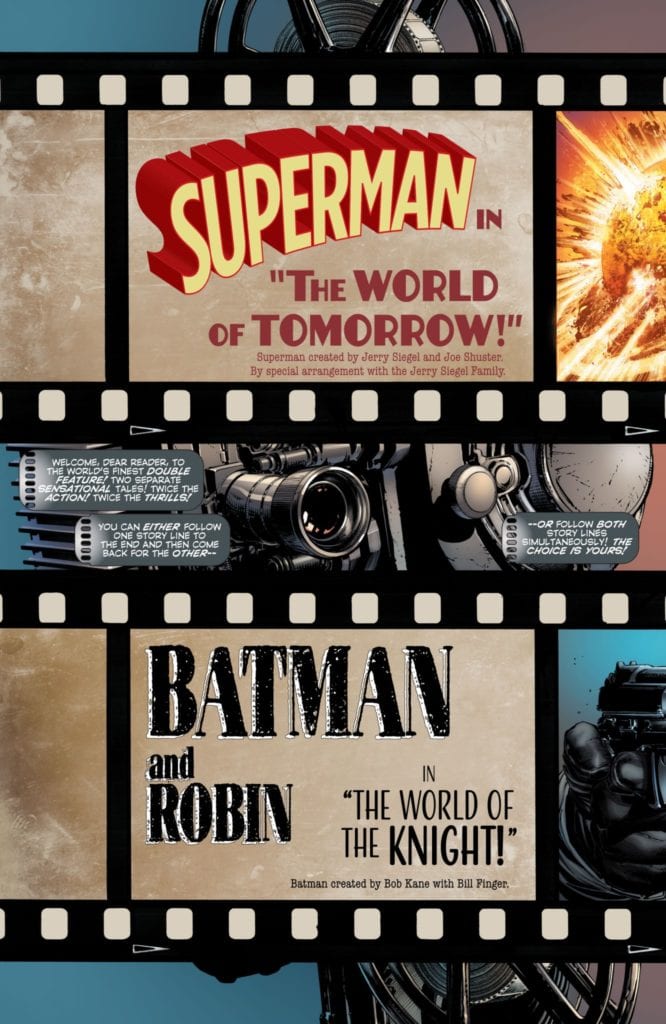 Artist Ivan Reis gives Batman/Superman #16 a choice as to where the reader can look at the story. On the Superman side of things, there’s a bright outlook, complete with The Man of Steel’s costume that’s reminiscent of its Golden Age design. As for Batman, his design also resembles his Golden Age costume, but it lacks the yellow elements. This artistic choice by Miki makes Robin’s brighter colored costume stand out even more; he literally lights up the page.

The lettering by Temofonte make fitting use with its stylizations. The opening captions match up with the film reels, as if the narrative is speaking directly to the reader. As for the basic word balloons, they’re all in a contained space, save for large sound effect stylizations. They’re so loud and powerful that a scream from Lois connects to the Batman reel that draws the dynamic duo’s attention towards her.

Batman/Superman #16: Miss And You Will Feel A Void

Batman/Superman #16 is a can’t-miss book. With a grander narrative that links two of DC’s finest heroes, the art makes sure readers can fit the experience to their preference. Remember that this issue is just the beginning. There’s much more to come, so fans of both characters should stay tuned for the next few issues to see how this story unfolds.

Batman/Superman #16 shows off the World's Finest in a manner that tributes their golden age. From the Fleischer cartoons to the Adam West Batman, there's no one way to enjoy this debut.BATMAN/SUPERMAN #16: The Finest Of Their Worlds Collide