A New Era of Batman Begins

It has been a long time since the Batman title has had a new creative team. Tom King has been covering the series since Rebirth began and has made quite a few changes to the status quo, for better or worse. While it started strong, the series became more and more of a headache with flashbacks, twisting narratives, and one of the most disappointing weddings in comic history.

King’s run ended with Bane sent away, and Alfred dead. This isn’t the first time we’ve lost Alfred, but one of the first times in the prime DC universe. What will Bruce do now that his oldest ally is gone? 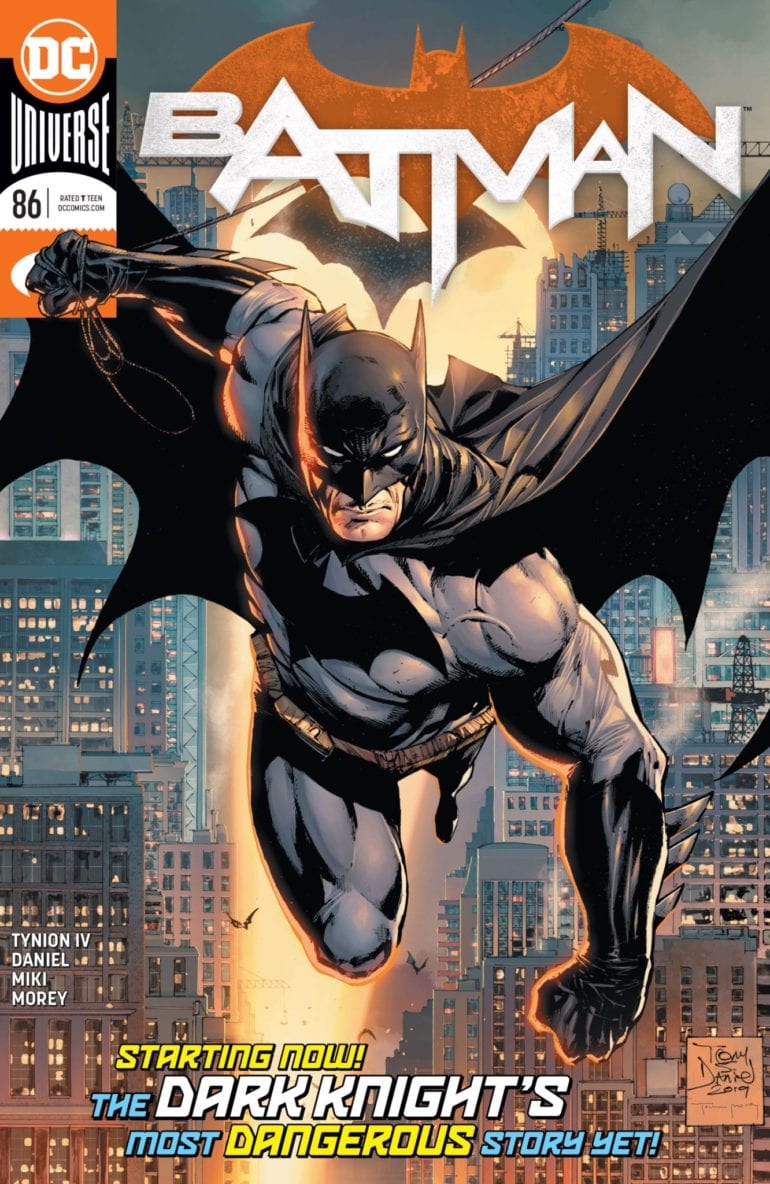 Bruce Wayne has been pushing for the reconstruction of Gotham in the wake of Alfred’s death. With his name and charm, he is able to convince the politicians to build the improvements fast. Bruce has made differences as Batman as well. He asks Lucius Fox to create a new set of devices to help fight criminals easier.

Along with a brand new bat-like flyer, he is also given devices to project shadows of himself to face criminals. This is terrible news for the first group Batman meets: A group of assassins lead by Deathstroke. Meanwhile, The Joker kills off his entire crew as he plans the perfect crime. 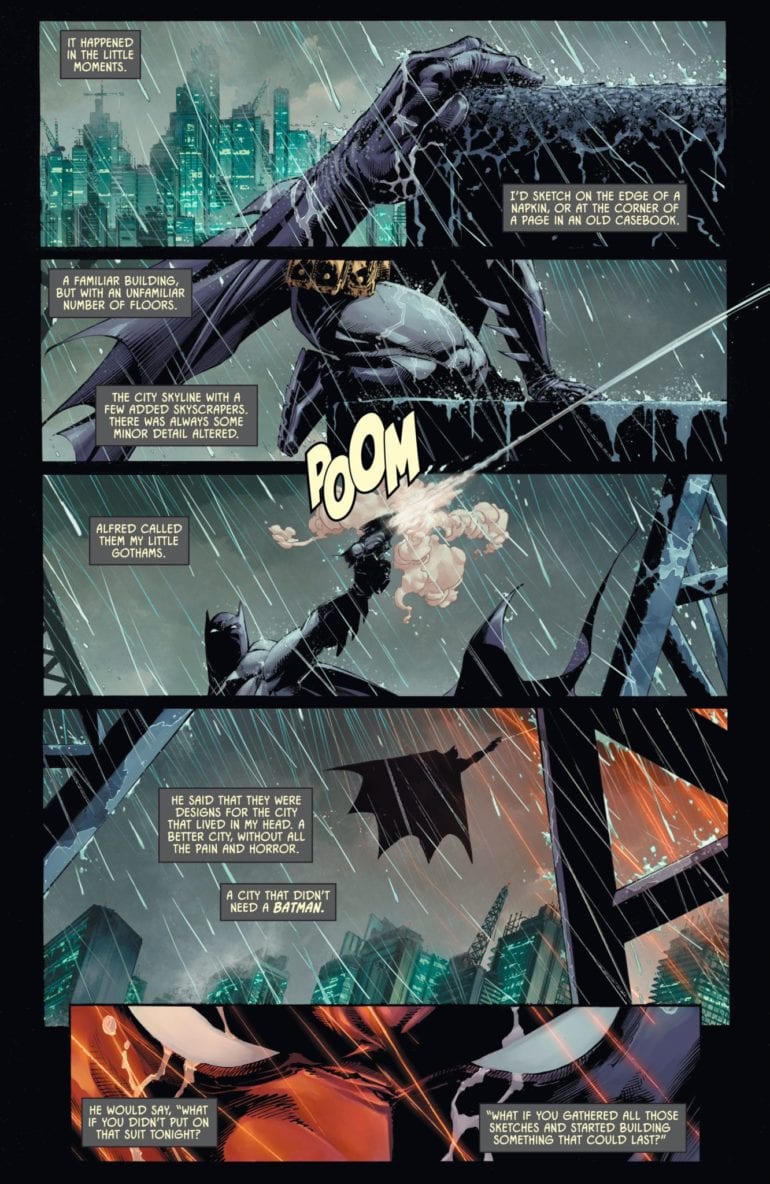 It feels refreshing to start from square one. The last time we had a Batman tale without all the extra baggage was I Am Gotham. That isn’t to say that this story completely erases King’s aftermath. It makes it better. You can see that the events of the previous run have affected Batman, both positively and negatively. He wants to change Gotham permanently through this reconstruction plans, which was a suggestion Alfred made in life. Batman is seeking a way to end the war that Alfred has begged Bruce to stop for years. It will obviously not end, but it’s nice to see the creative team honoring the previous team’s story rather than brush it off.

The only problem I have is that we don’t see how the Assassins are connected to the Joker. We only know they are connected because a random side character reveals it to Catwoman. If it were equally random assassins, I would have given a pass, but you can’t have characters like Deathstroke, Cheshire, and Merlyn without explaining their part more. It gets worse as we don’t actually see Batman take them all down. We will clearly understand it in the next issues, but stand-alone, it felt glossed over. 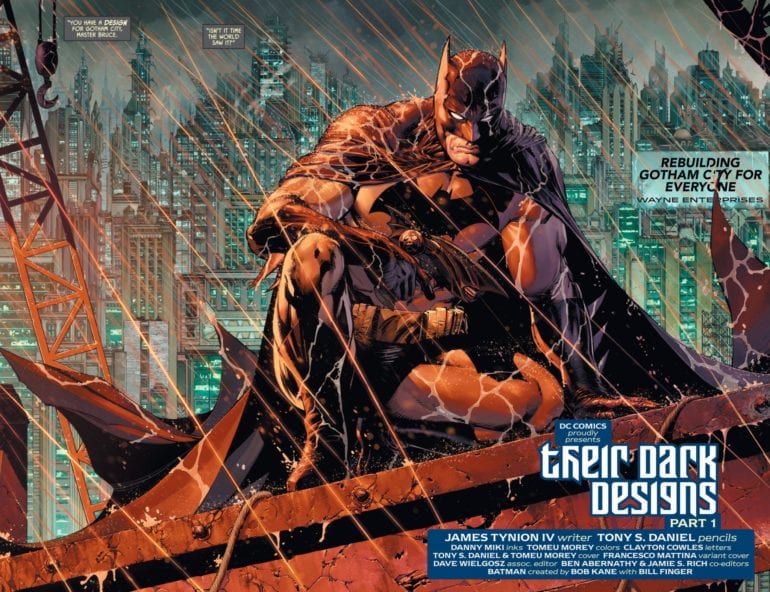 Tony S. Daniel returns as the artist for the series, and he brings his A-game. His designs to the new tech are fantastic, and he continues to give us very emotive characters to get us hooked in. Tomeu Morey takes these designs further by adding vibrant colorwork to bring them to life. The team’s best work comes at the end where we watch Joker’s gang get killed. It’s drawn well and given haunting colors that will stick with the readers for a while. 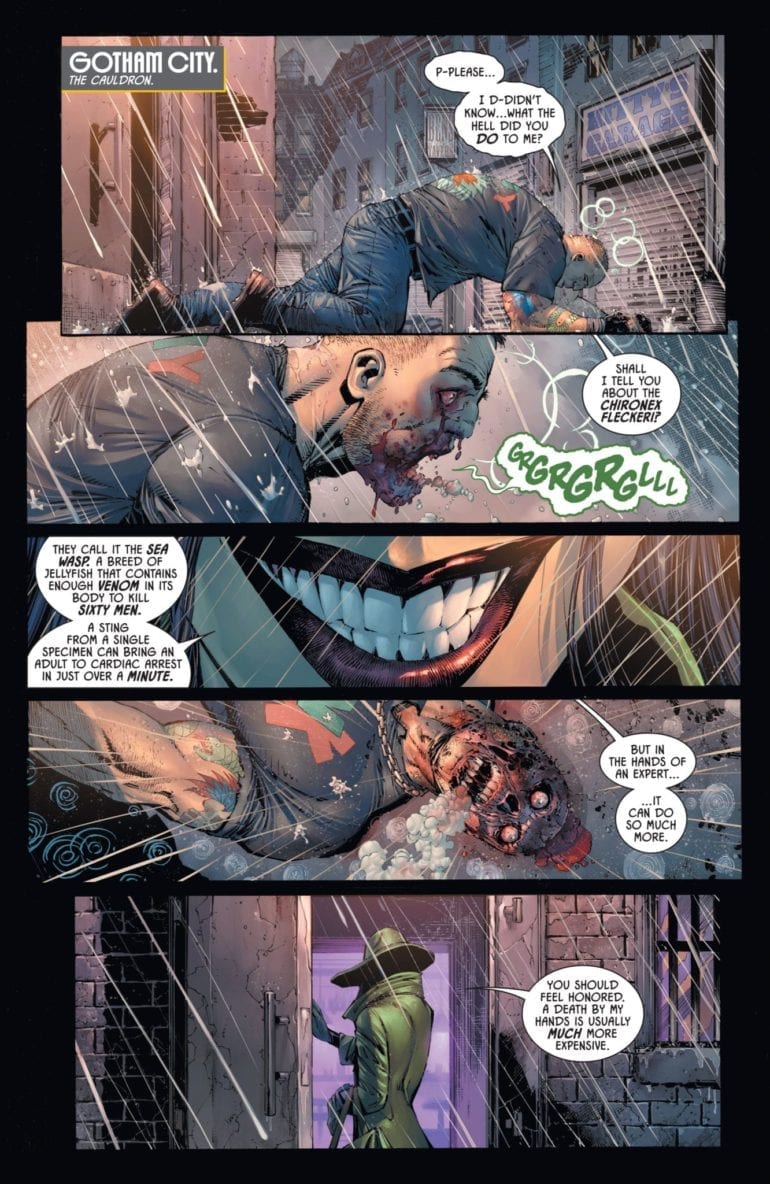 This was a good start to the creative team’s first story. The overarching story up in a great way while keeping the previous team’s story. It feels like an organic next chapter in the Rebirth era of Batman. The art team delivers a spectacular look for the series going forward and has me extremely excited for the next chapter. The only issue I have is the forced inclusion of these deadly assassins without much explanation. This will probably become more clear over time, but it doesn’t ruin this opening to a whole new run.