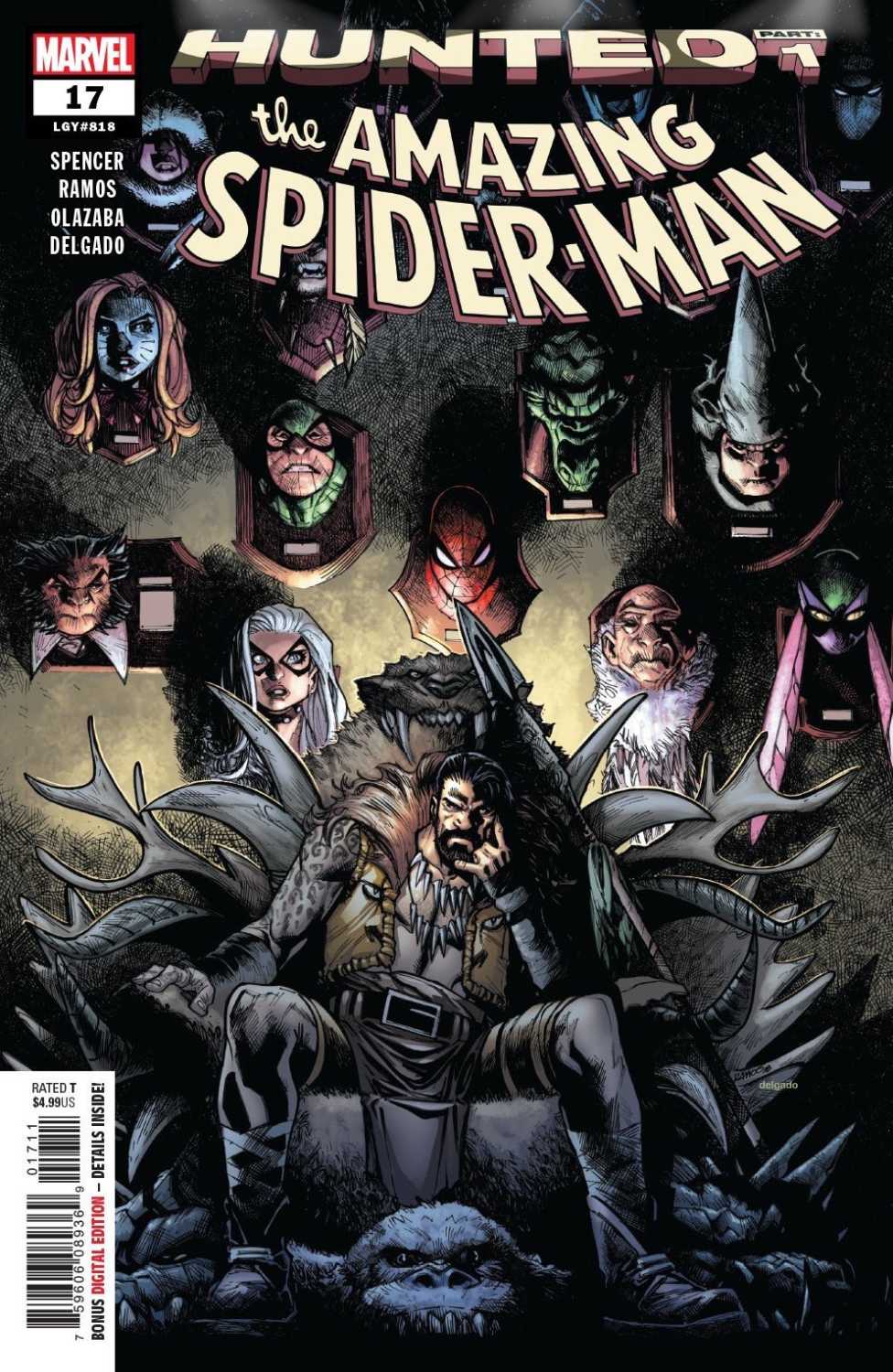 The hunt is on! Kraven has rounded up all the costumed villains based on members of the animal kingdom and thrown Spider-Man into the mix. This collection of characters is trapped in a cage created by Arcade for the purpose of being hunted by a bunch of rich people in Kraven gear.

When Spidey awakens in the trap, he finds himself in his black suit. Kraven is calling back to the famous standoff between himself and web-head from “Kraven’s Last Hunt.” Seeing Peter surrounded by all of his animal-inspired enemies before the Kraven murder squad bursts onto the scene, guns blazing, is a hell of a way to conclude our first issue of this arc.

This new chapter in Kraven’s continuity is an exciting one. With his age forcing him to rebrand himself, no longer the Hunter, he’s developing and dealing with vulnerability for the first time. His clone-son is the most intriguing and worthy member of the Kravinoff family we’ve seen yet. 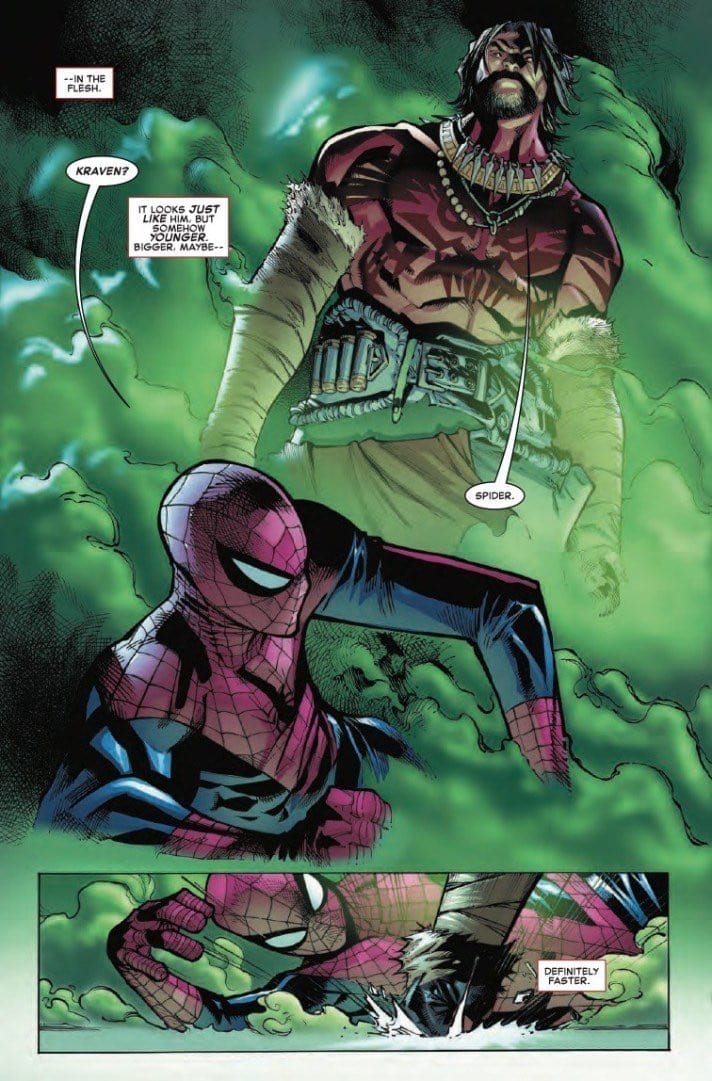 Nick Spencer chose wisely, making Kraven his first big villain to focus a story around. We’ve been getting teases and snippets throughout this entire run of what eventually led us to “Hunted” and it’s paying off. We haven’t gotten a majorly significant Kraven story in a long time, Spencer is poised to correct that.

Amazing Spider-Man #17 is the second consecutive issue that has featured very little actual Spidey action. Kraven and Spidey’s supporting cast have been carrying the torch and it’s been wonderful. The strength of this fantastic run so far can be measured by how much enjoyment is found away from Peter Parker and his alter ego.

Spencer has a knack and role for all of the supporting characters and makes them all feel as crucial to the narrative as our beloved wall-crawler. We may only be seventeen issues into this run but it’s been so strong that it’s safe to say this is one that we’ll be collecting and celebrating for a long time. 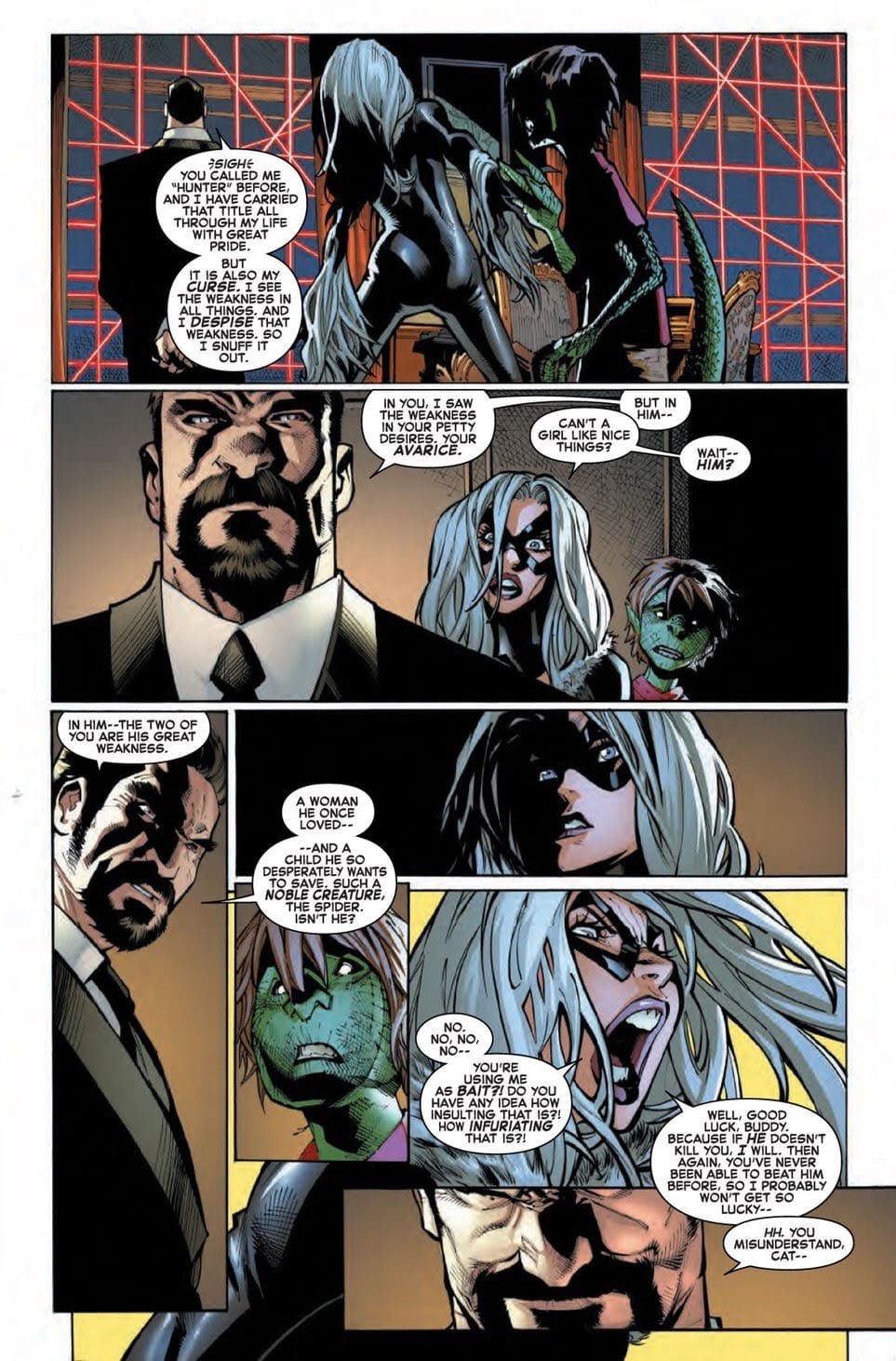 While we obviously want the artist we signed up for in Ryan Ottley, Humberto Ramos has done a great job adding to his already stellar Amazing Spider-Man track record. Switching between artists on a book this important and frequent can be quite irritating, but the swapping between Ottley and Ramos hasn’t taken away from the book one bit.

Ramos brings Kraven and his clone-son to life, illustrating their intensity and animalistic nature; even in stilted scenes heavy with dialogue. Colorist Edgar Delgado has his hands full making this comic explode off the page. The landscape and players involved provides an opportunity for plenty of color and Delgado doesn’t let a single panel go to waste.

AMAZING SPIDER-MAN #17 - The Hunt Is On!"Hunted" is a crucial Spider-Man story you can't afford to miss. Nick Spencer's ASM run keeps getting better and better.