GODKILLERS #1 hits your local comic book store February 19th, but thanks to AfterShock Comics, Monkeys Fighting Robots has an exclusive four-page preview for you.

About the issue:
Abdul Alhazred is an Arab-American folklore professor turned soldier whose fear of death stems from uncertainty about the existence of an afterlife. Then he joins THE GODKILLERS, a special forces unit tasked with fighting insurgents who use mythological creatures as weapons of mass destruction. Now that he knows the supernatural exists, he’ll have to decide which is worse—death or the nightmarish monsters he thought were mere legends.

GODKILLERS #1 is by writer Mark Sable and artist Maan House, with colors by Hernan Cabrera, and letters by Thomas Mauer. The main cover is by Jeremy Haun with Nick Filardi.

Check out the GODKILLERS #1 preview below:

Disclaimer: This advance preview features US forces in Syria and depicts an attack on US service members. 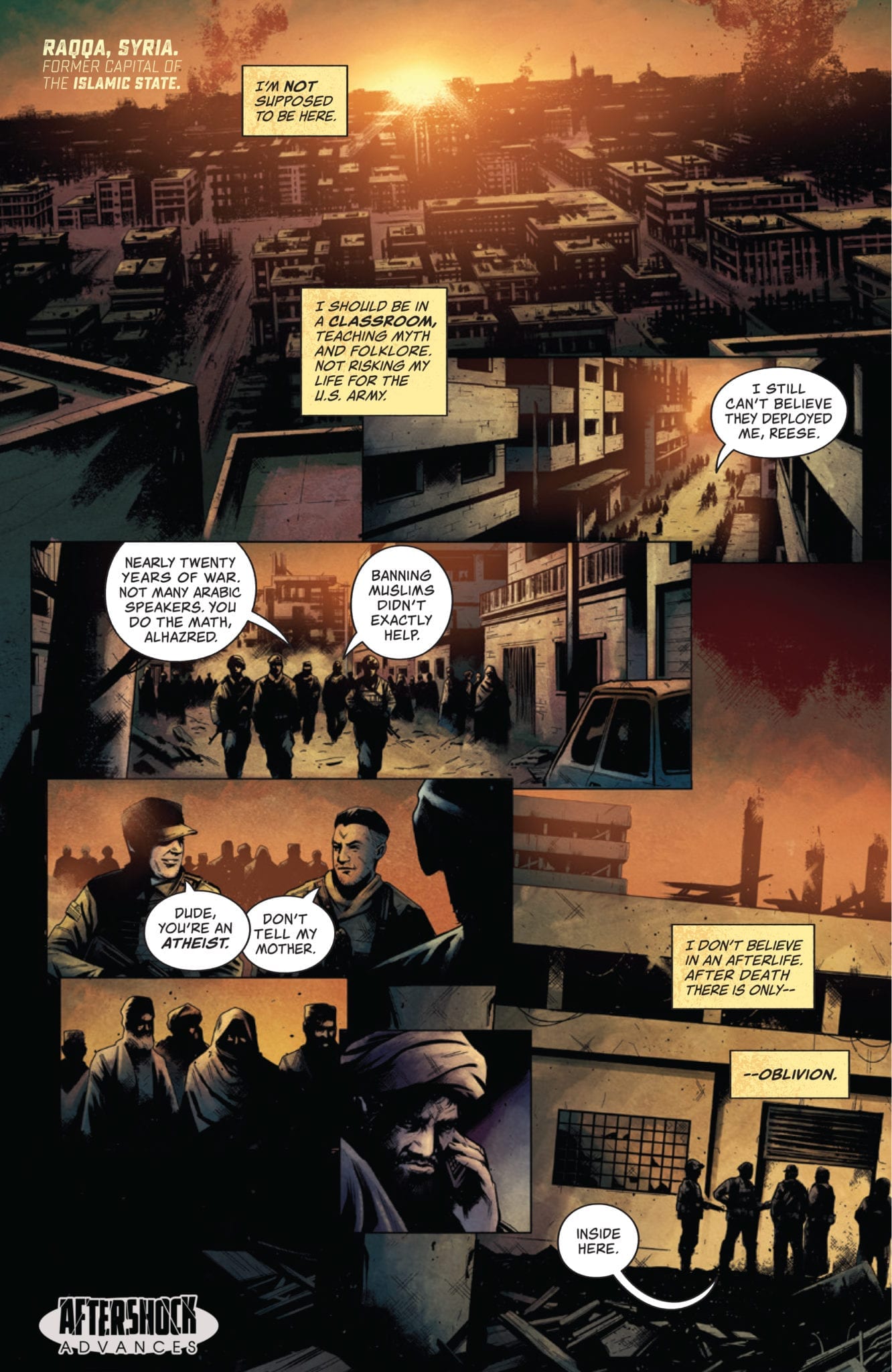 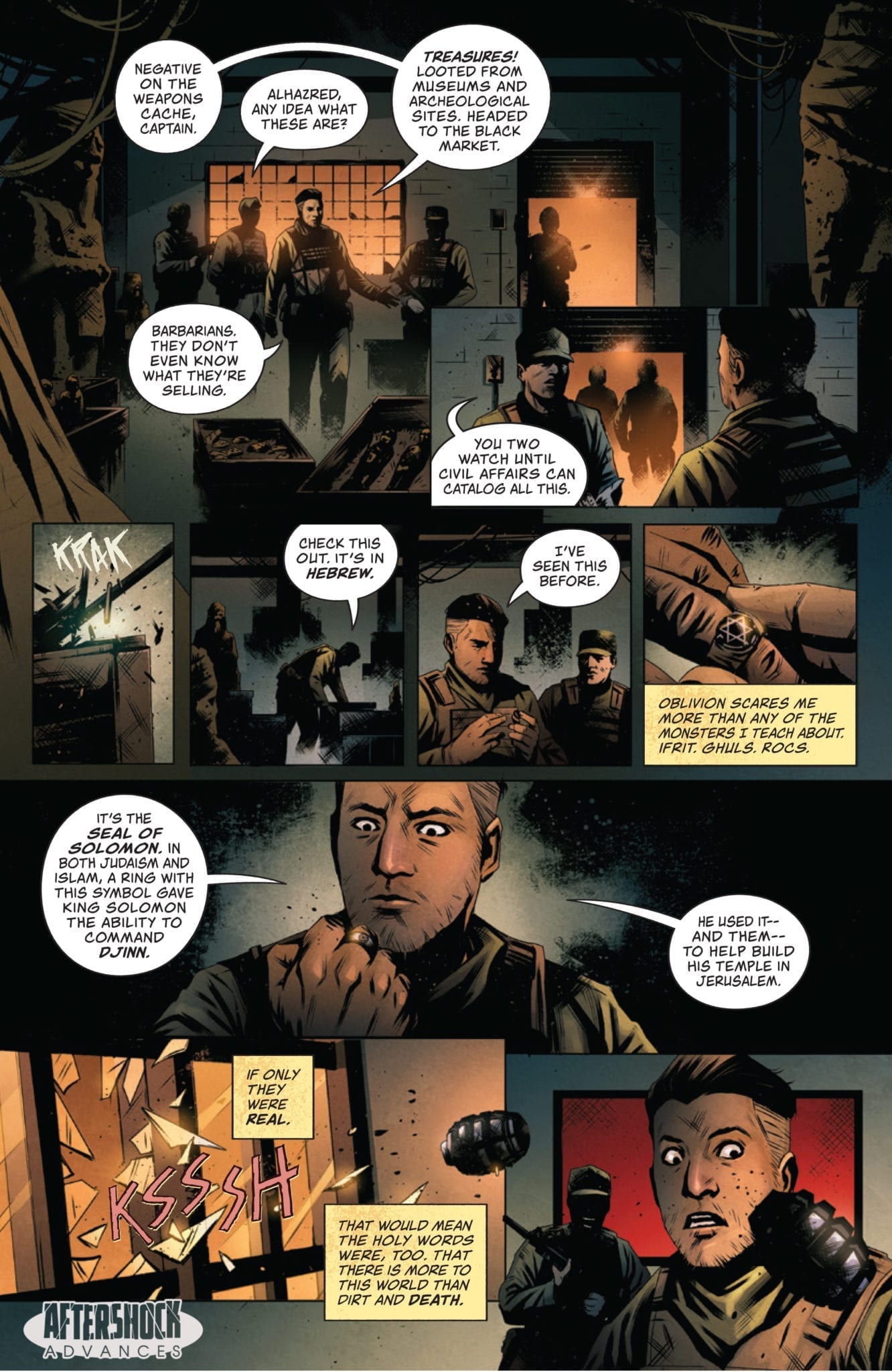 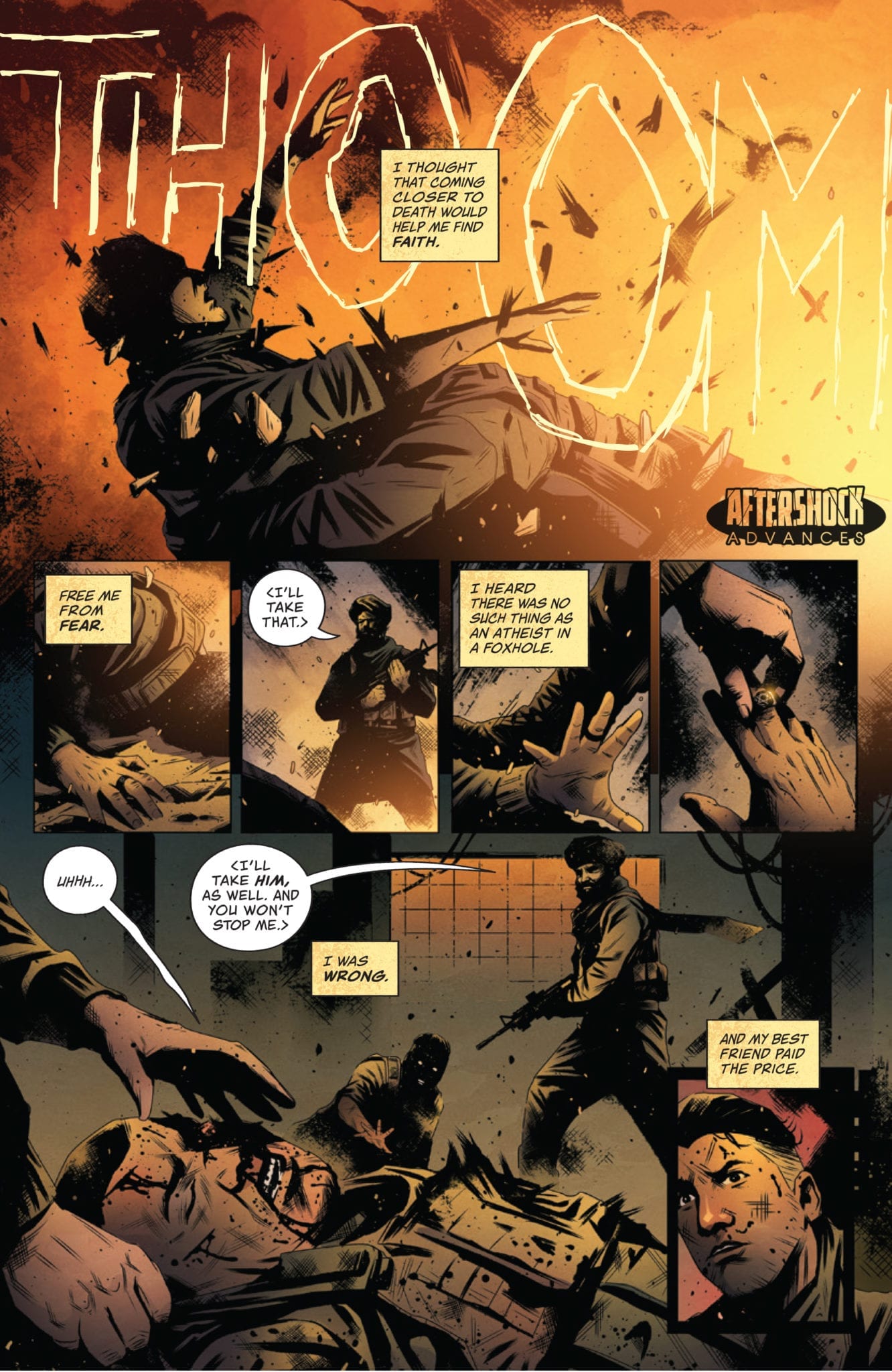 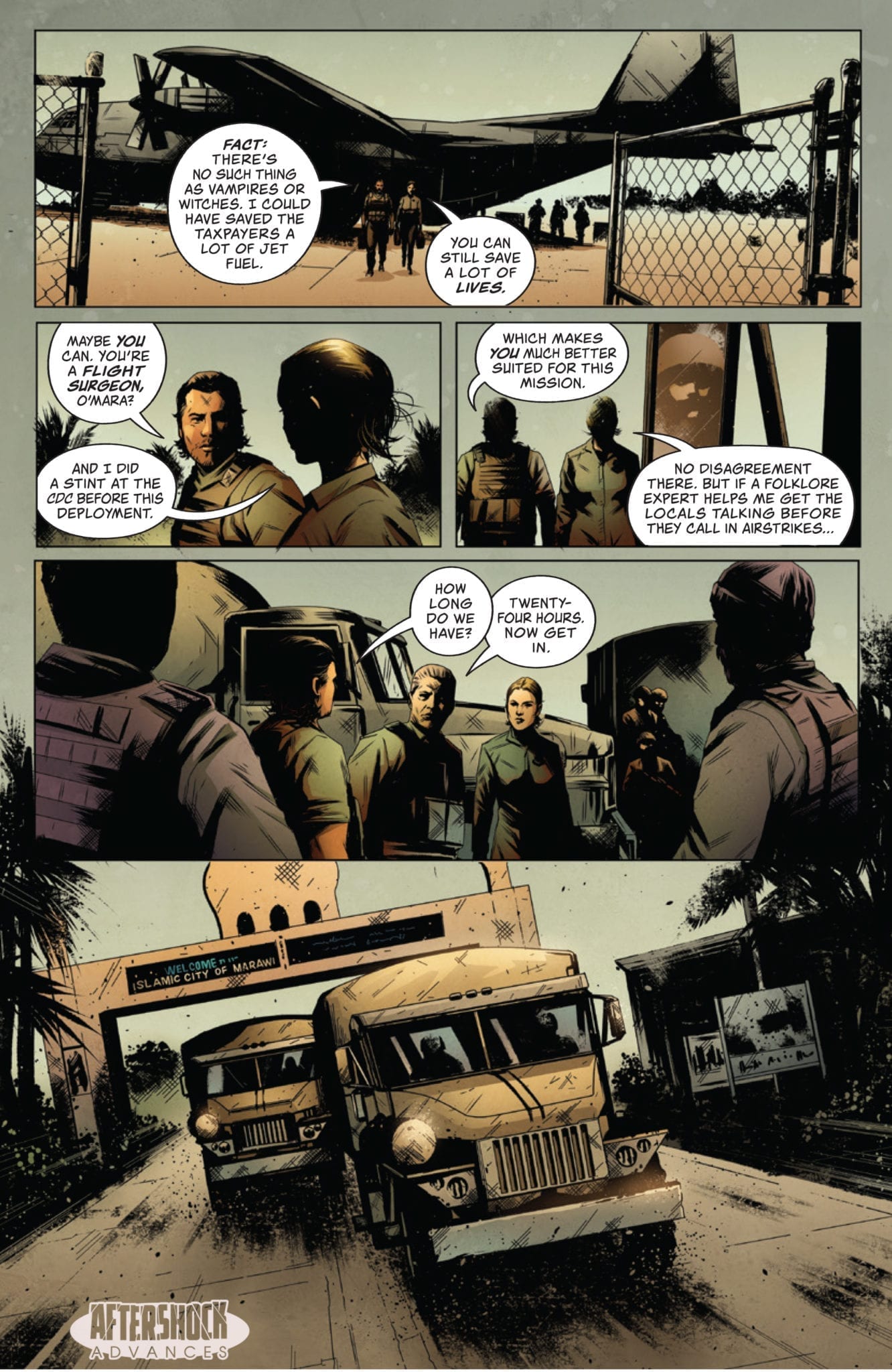 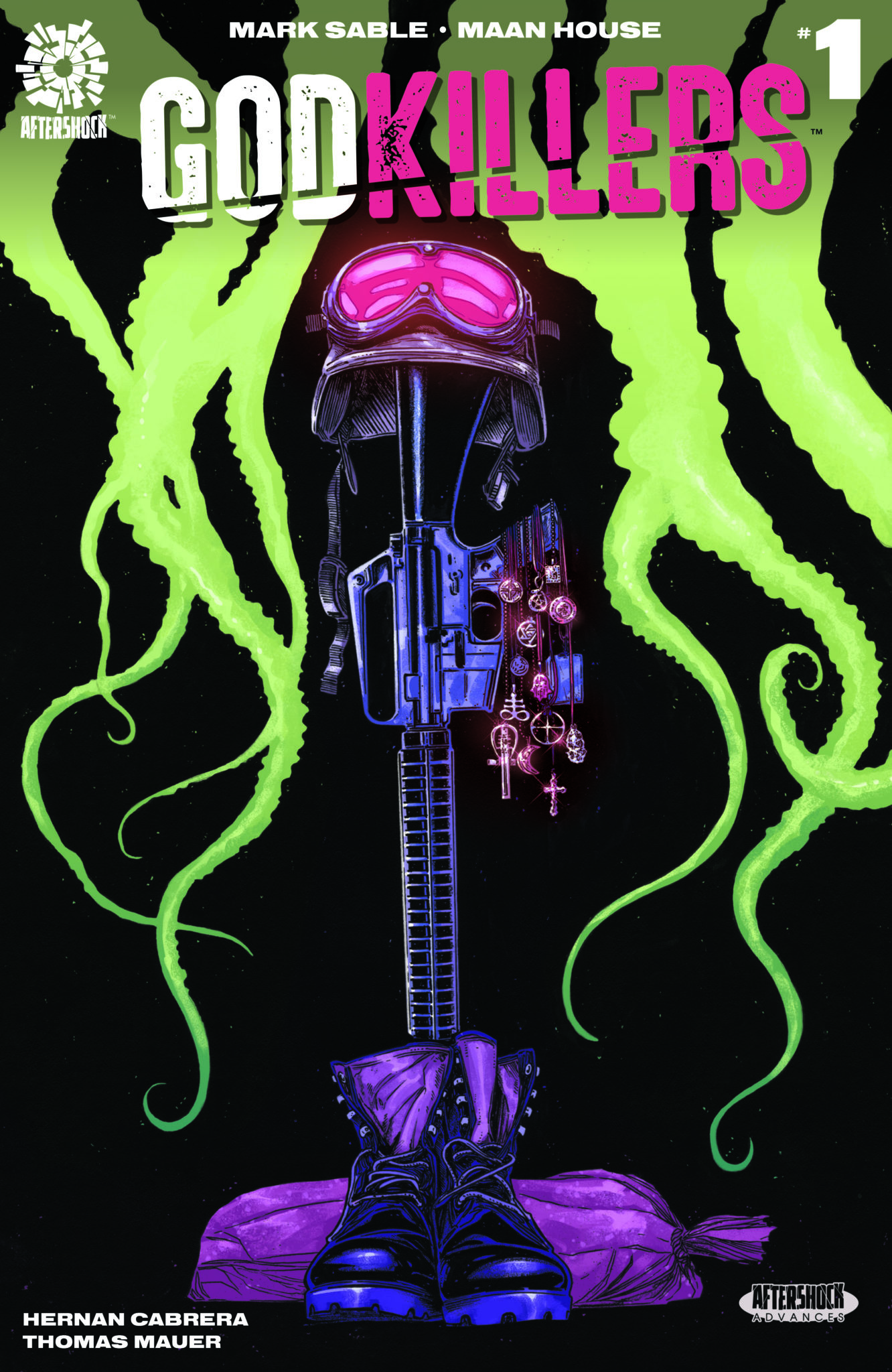 What’s your favorite title from AfterShock? Sound off in the comments!