Fans of the former Dr. Harleen Quinzel, now know as Harley Quinn, got some good news from DC Comics recently: two new Harley miniseries will be arriving in September.

Arriving September 4 is Harley Quinn and Poison Ivy, a six issue series spinning out of the events of Heroes in Crisis, written by Jody Hauser and illustrated Adriana Melo. DC’s solicitation below seems to confirm that this story will be set in regular continuity — unlike Harley’s current title. 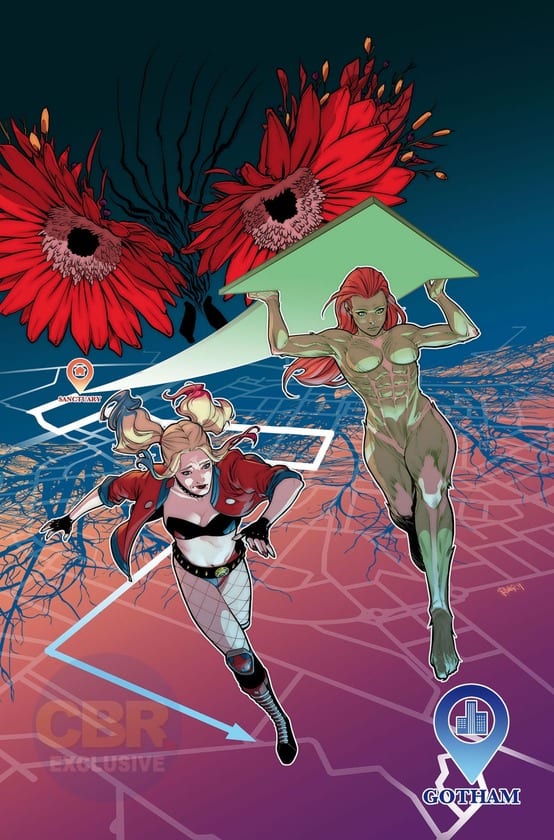 HARLEY QUINN AND POISON IVY #1
written by JODY HOUSER
art by ADRIANA MELO
cover by ELENA CASAGRANDE
Harley Quinn card stock variant cover by STANLEY “ARTGERM” LAU
Poison Ivy card stock variant cover by STANLEY “ARTGERM” LAU
blank variant cover
Harley Quinn and Poison Ivy are taking their show on the road in this new miniseries! They’ll have to evade villains and heroes alike while they exploreSe their relationship and unpack their time and experiences at Sanctuary. Set after the events of HEROES IN CRISIS and smack in the middle of “Year of the Villain,” it’s a journey across the DC Universe that will change their friendship forever…if they live that long!
ON SALE 09.04.19
$3.99 US | 1 OF 6 | 32 PAGES
CARD STOCK VARIANT COVERS $4.99
FC | RATED T+

Next, on September 25, is the Black Label book Harleen by writer/artist Stjepan Šejic. 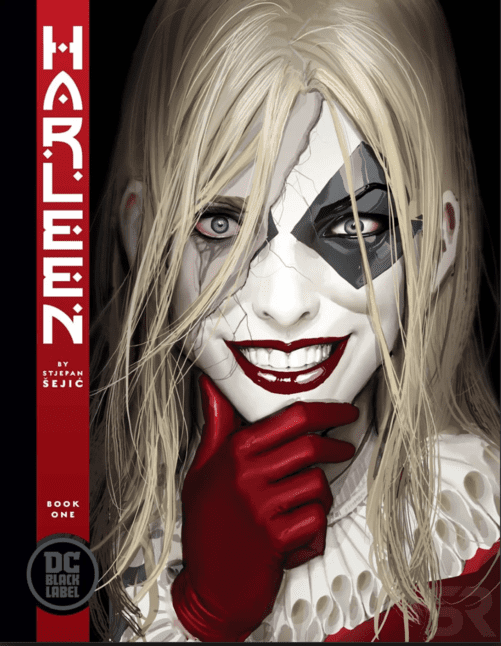 HARLEEN #1
written by STJEPAN ŠEJIC
art and cover by STJEPAN ŠEJIC
variant cover by STJEPAN ŠEJIC
“The road to hell is paved with good intentions. On that road I saw a pale man, and he smiled at me…”
Dr. Harleen Quinzel has discovered a revolutionary cure for the madness of Gotham City—she just needs to prove it actually works. But with the criminal justice and mental health establishments united against her, the brilliant young psychologist must take drastic measures to save Gotham from itself. Witness Harleen’s first steps on a doomed quest that will give birth to the legendary super-villain Harley Quinn in this stunning reimagining of Harley and The Joker’s twisted and tragic love affair by visionary storyteller Stjepan Šejic (AQUAMAN: UNDERWORLD, SUICIDE SQUAD, Sunstone).
ON SALE 09.25.18
$7.99 US | 1 of 3 | 64 PAGES | BIMONTHLY
FC | APPROX. 8.5” x 10.875”
MATURE READERS

Following in the format of Batman Damned (but hopefully without all the controversy), Harleen will be published as three oversized issues which will later be collected in 2020. 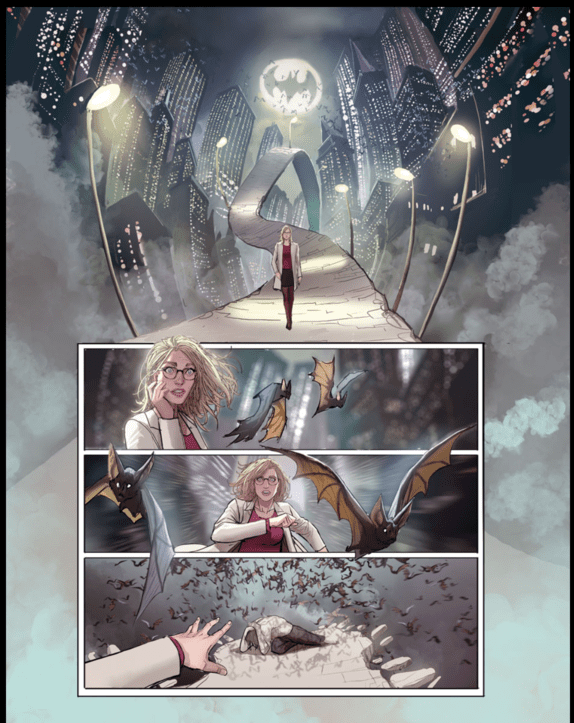 Keep in mind, this book will be running at the same time as another Black Label title: the previously announced Jokey/Harley: Criminal Insanity.

If you’re a Harley fan, which of these books are you more excited for? Or is it too hard to choose? Leave us a comment!