WONDER WOMAN: DEAD EARTH #1 Rushes Past Its Own Brilliance

Written and drawn by Daniel Warren Johnson, with colors by Mike Spicer and letters by Rus Wooton, Wonder Woman: Dead Earth #1 rushes to be the story it wants to be. The overloaded pages draw away from the brilliant concept and artwork. While it’s off to a rocky start, this series still has great potential.

Johnson’s concepts for the series are brilliant. Setting Diana in a post-apocalyptic wasteland feels like a match made in heaven. Yet Johnson seems to be pushing his characters to get to know one another artificially. As soon as Wonder Woman breaks out of her cryogenic chamber, she’s met with constant oversharing and clumsy exposition. It’s one of those cases where half of the dialogue could be cut out. Sometimes it’s better to know when not to answer a question. The very idea of having Wonder Woman out of her element is what makes this story so compelling. If every question she has is met with an immediate answer, the mystery dwindles. Johnson’s concepts truly are brilliant, but he needs to trust them more. 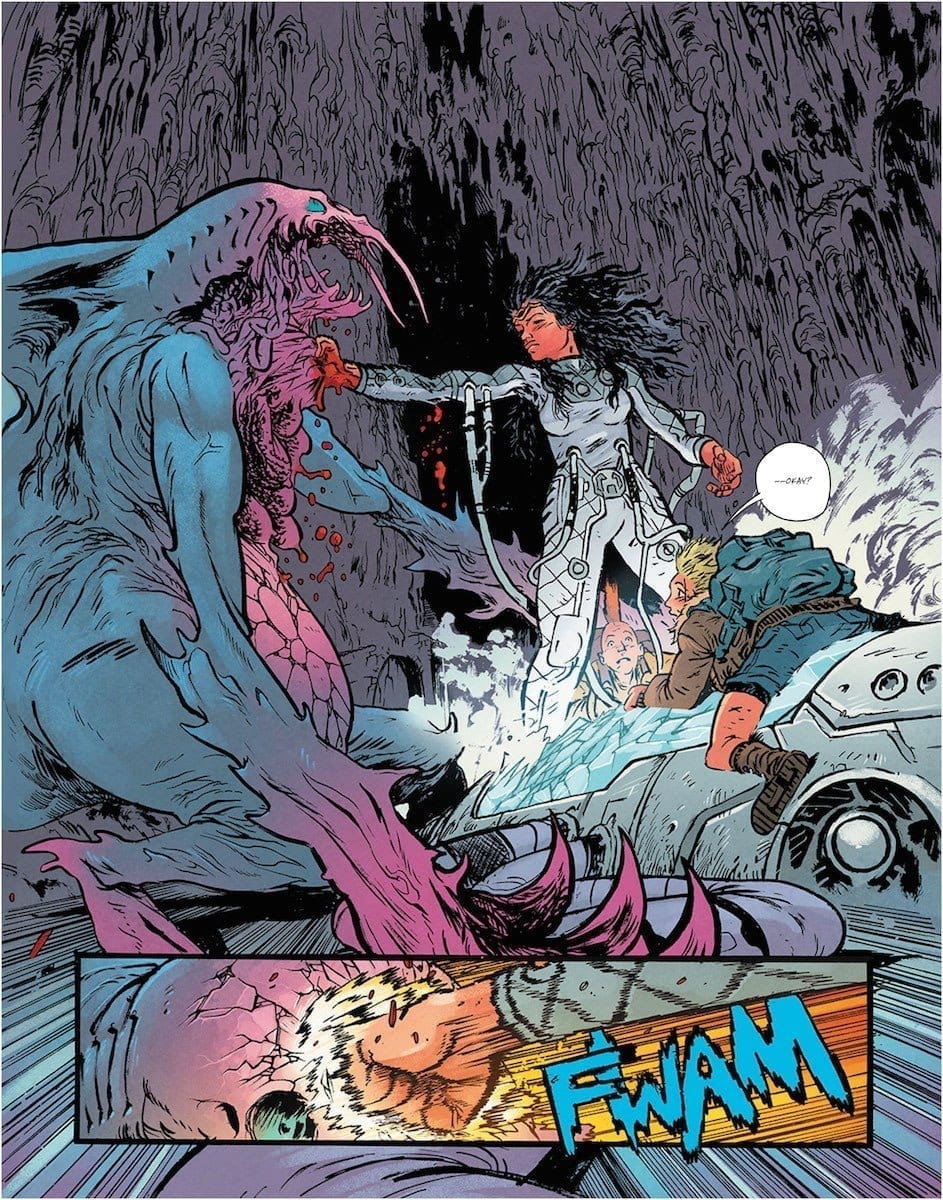 It’s interesting that Johnson pencils and inks his own work here. Interesting because he kind of steps on his own work throughout. Johnson sets the scene so beautifully with his art; the exposition provided by the characters is excessive. We can see there was a nuclear holocaust. We can see the pain of their existence in their faces. They don’t need to cry on one another’s shoulders. They don’t need to have deep conversations upon meeting each other. The silences speak louder than words, and Johnson’s art is proof of that.

Spicer’s coloring opens the door to this dark world. With dark greys and blacks, Spicer gives a feeling of death and stagnation. With yellows and purples, he creates a sense of danger and evil. We see abominations wandering the wasteland, cast in a reddish-purple tone. A horde of monsters try and break into the camp, and they are colored the same way. Wonder Woman looks flushed throughout, giving her a similar look. Will Diana be dangerous in the future of this series, perhaps? 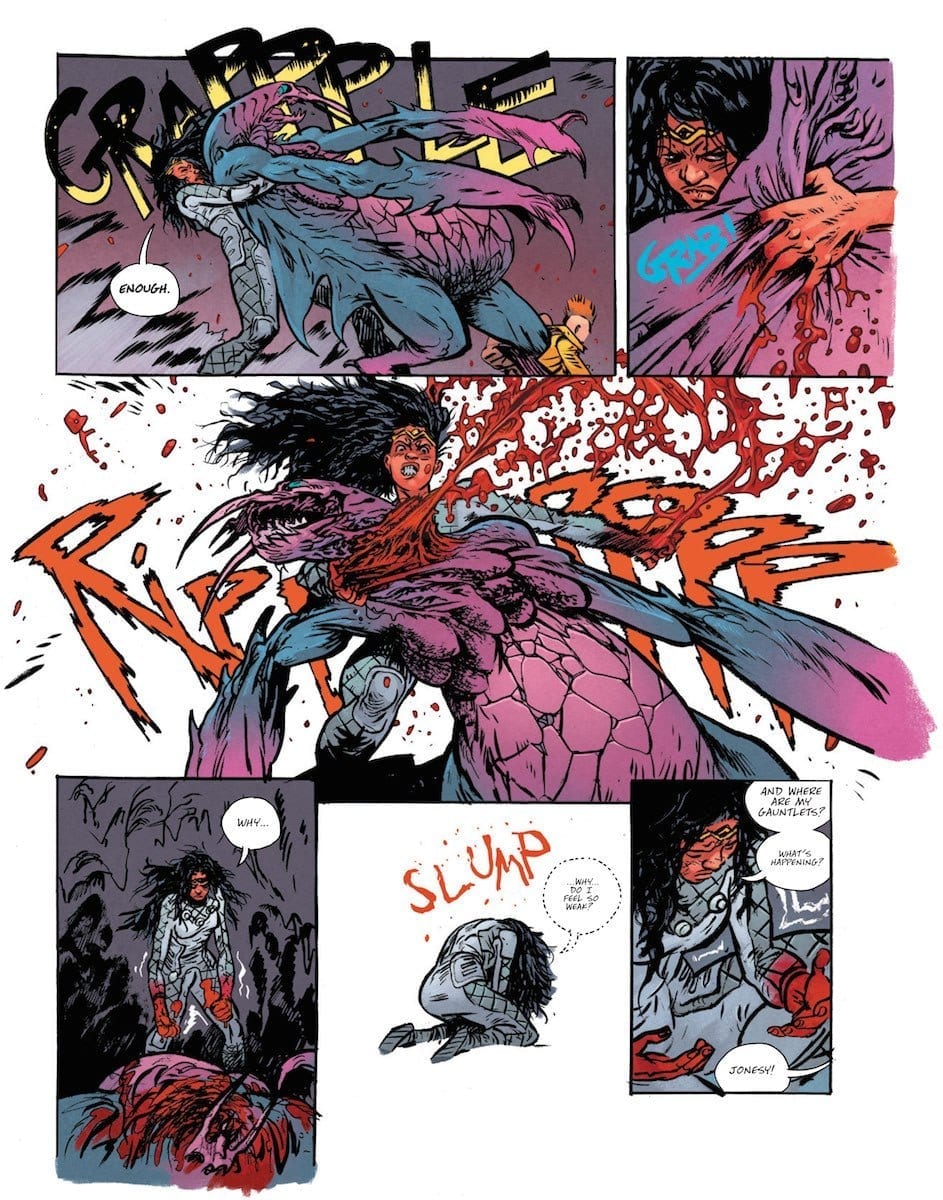 Wooton’s lettering stands out amongst other works for having a more handwritten feel. Wooton adds to the gruff atmosphere in this way. Nothing on this dead earth is easily won. Many of the sound effects have a graffiti type feel to them. Like Wooton spray-painted over Johnson’s work. It truly helps create a sense that this world is run-down.

Daniel Warren Johnson has some brilliant ideas in this issue, someone just needs to tell him that.WONDER WOMAN: DEAD EARTH #1 Rushes Past Its Own Brilliance