WAR OF THE REALMS #1: An Epic 7 Years In The Making

The God of Thunder himself, Jason Aaron, brings us his massive Marvel crossover story. WAR OF THE REALMS finally begins and assumes control of Marvel’s 616 universe. 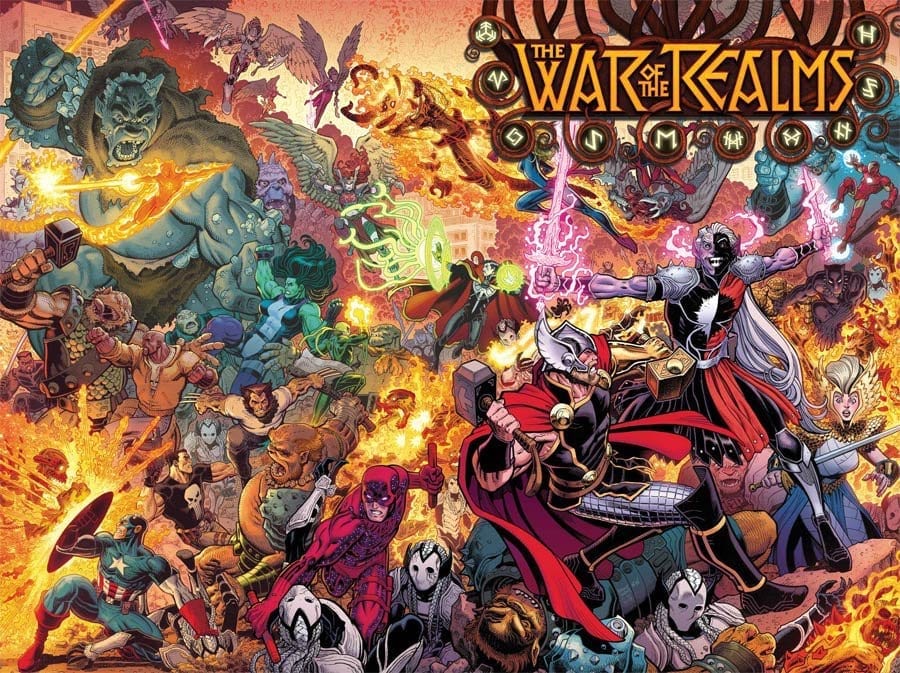 Jason Aaron first began spinning his massive Asgardian tale back in Thor: God Of Thunder #1 in November of 2012. He’s had an ongoing Thor series ever since. War Of The Realms is an awesome culmination of all his Thor work as it clashes with his current Avengers work at the forefront of Marvel’s universe.

Along this almost-seven year long journey, we’ve seen Malekith develop from a beaten villain buried in a dark hole to the dastardly villain garnering the attention of every major Marvel hero. Malekith’s development throughout Aaron’s run has been highly entertaining and should firmly plant him atop the list of Thor’s gallery of rogues.

Malekith has been on a rampage, waging war on all ten realms. The only one left standing is that of Earth. Once the dark forces start invading New York, it’s a magnificent display. Russel Dauterman makes this a moment to remember as our favorite heroes come face-to-face with dark elves and trolls for the first time.

This kind of epic crossover hasn’t happened in a long time for Marvel. Giving stories this huge a break for a while did wonders to raise the level of anticipation for this event. The scale and stakes War Of The Realms presents are immediately engaging and deeply enthralling. 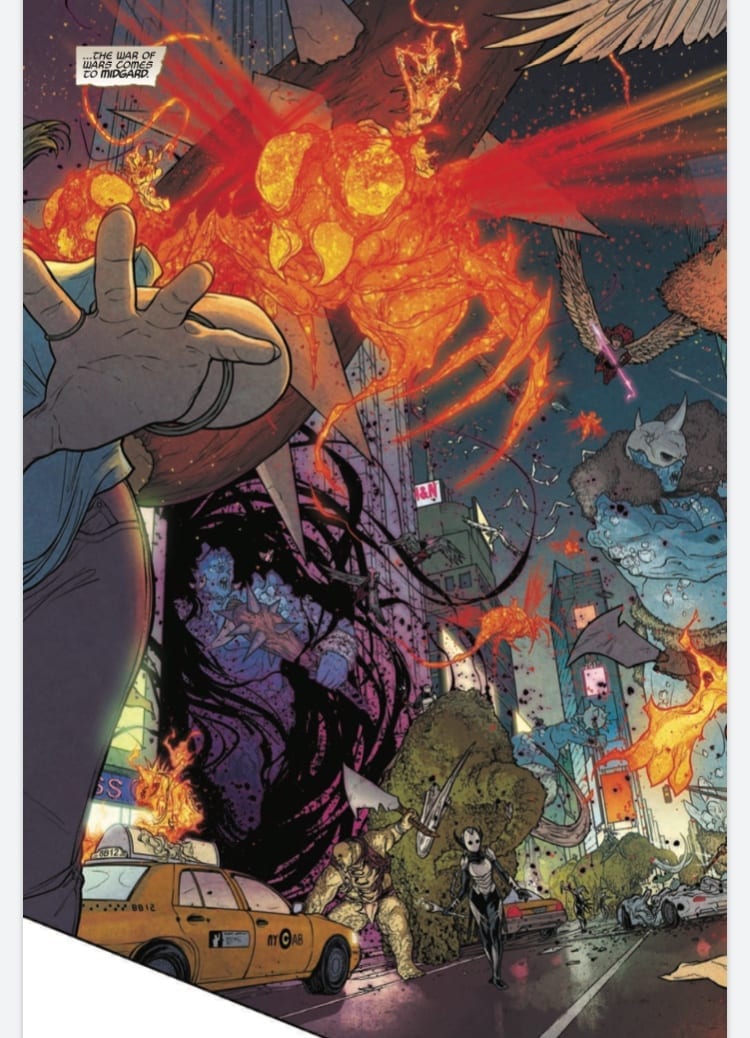 Throwing a bunch of mystical sh*t into the middle of New York and have all our heroes throw a bunch of science and punches at it is the classic Marvel way. It may have taken a lot longer than promised, but War Of The Realms is the moment that we were promised when Marvel Legacy launched; with it’s mission statement being focused on delivering this exact kind of story.

Jason Aaron extracts exactly what he needs to from every character moment and interaction. From Spidey meeting Freya to Punisher diving out of a window to shoot at Frost Giants, every page is loaded with comic book gold. Every opportunity for banter is flawlessly executed. Jason Aaron is a fully-formed comic book rock star.

It’s loud, it’s messy, it’s colorful and beautiful. There’s plenty of memorable action headed our way and plenty of surprises. Loki owns the first shocking moment of War Of The Realms, although it’s probably the fourth or fifth time we’ve seen him “die” in the last two years. Regardless, the moment provides a satisfying shock and allows Dauterman to unleash some of his most gruesome artwork. 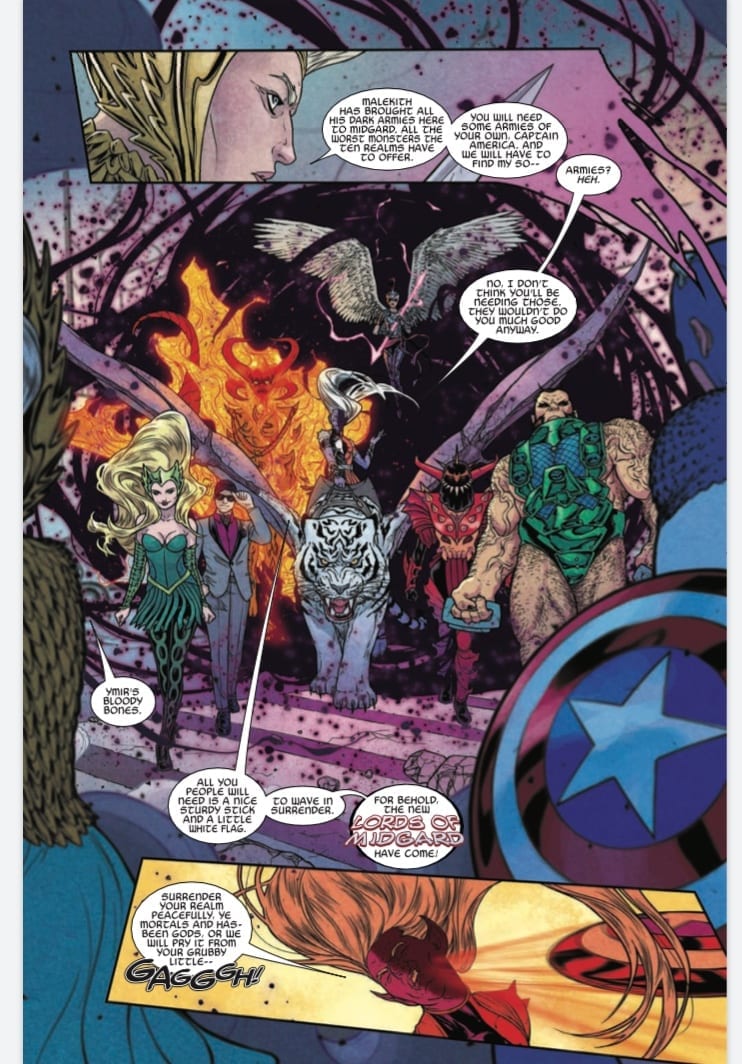 There’s also a great deal of really amazing panel layouts and transitions throughout this issue. The lettering by Joe Sabino makes it’s presence known as well, exploding off the page more than a few times. Colorist Matthew Wilson proves why he’s one of the best in the business with his rushes and waves of color literally pouring into your brain and spilling out of the pages.

Jason Aaron has himself a top notch creative team once again to tell quite possibly his most spectacular tale. This issue will satisfy those who have been reading along since 2012 and those who have just come on with any of the more recent Marvel relaunches.

War Of The Realms is here to burn your face off with all the elements that made Marvel’s epic events matter in the first place. Strap yourself in and enjoy the ride!