More than two weeks have passed since the shooting in Parkland, Florida.  A shooting which left 17 dead at Marjory Stoneman Douglas High School.  Since then discussions about what caused it and what should happen next have filled many things.  From television news segments, search engines, to daily face-to-face interactions we have with one another.  Among the topics of discussion is the perceived role violent video games play in school shootings.

Related – One Limb Left: The Wii U Was The Best Thing To Happen To Nintendo

Lieberman also cited how those freedoms come with responsibilities.  Responsibilities he felt the video game industry was not living up to.  After the hearing, the Entertainment Software Association created the ESRB 1994.  But even the creation of the board who is responsible for rating games has not stopped politicians from trying to ban them.

The state of California tried to ban the sale and rental of violent video games to minors in 2005.  But in 2011 the law was struck down by the Supreme Court who declared video games are protected under the first amendment.  So are there any causal links between the behavior of children and the games they play?

According to a decade-long study in the UK no.  The study involved over 11,000 kids both boys and girls from the time they were five-years-old to seven-years-old, and measured their exposure to television screens.  When it came to how long the children played video games, only 3% were reported to be playing more than three hours a day.  In fact, the study reports children who played no games were more likely to show increased problems, (peer issues excluded).

While children who played more than one hour of video games were less likely to showcase behavioral, emotional or attention issues.  Although hyperactivity was prevalent in children who watched more than three hours of television a day.  Now if you’re wondering why I am citing an overseas study it is simple.  America is not the only country where these types of games are sold.

The American Psychological Association published an article in 2013 citing the benefits of playing video games.  Those who played shooters had a higher ability to think of things in three dimensions, something not found in those who played puzzle and role-playing games.  In 2016, New York University Shanghai found a link.  What kind of link?

According to the study enhanced visuomotor control was tied to those who played action games for as little as five hours.  This, of course, includes first-person-shooters as well.  It even goes on to say action games can be beneficial for drivers.  Think about it.

When you play a shooting game, you’re looking in various directions and maps all at once.  You’re basically training your eyes to multitask.  But do violent video games cause teenagers to be more aggressive and commit crimes?  For the answer, we look at a study done by Stetson University in 2014 which looked into possible ties.

The study included youth that ranged from 12 to 17 years old and their exposure to violent video games.  Results showed the answer is no.  Actually, the study showed the opposite of what so many of those in government have claimed.  More exposure to violent video games actually led to a drop in the number of violent crimes they (the youth) committed.

Actual violent crimes.  In 2015 a study was done by Texas Tech and also yielded positive results for violent video games.  “Cooperative play seems to have the biggest effect in terms of decreasing aggression toward other people,” said John Velez, a researcher at the university.  Velez’s study also gave people in it two options.

Either hit their opponents with a loud noise or show mercy.  Those who played by themselves took Velez up on the offer more than those who played with a partner.  The results also showed playing a violent video game in co-op mode could make people more sociable in real life.  When it comes to myself, violent video games have been a way for me to release aggression.

Growing up with one arm was not easy for me in terms of social engagements.  Kids would pick on me, and beat me up because of it.  So playing a game like Killer Instinct or Duke Nukem after school helped me deal with the pain.  Even today as I draw closer to 30, video games help provide an escape.

They allow me to become things I cannot be, and give me the opportunity to feel complete in my most incomplete moments.  They have allowed me to perform moves I cannot do in the real world, and they have taken me to places only possible in dreams.  Banning them or taking them away won’t solve anything.  All those things will do is cause politicians to focus on other non-causes instead of creating and passing legislation that will actually keep our youth safe.

Not to mention banning violent video games is something that doesn’t have a clear line.  Shooters and fighting games are not the only types of violent video games.  A lot of games like Super Mario Bros., Pac-Man, Mega Man, and Sonic the Hedgehog contain cartoon violence.  Would those games be banned or withheld from minors too?

It may seem like I’m being a bit extreme but imagine being 16-years-old and not being able to rent or buy a Star Wars game because it involves blowing up tie-fighters and killing enemy soldiers.  My biggest hope is that people regardless of government employment read this article and truly understand why gamers like myself play these types of games.

I’m not saying everyone should give a kid Wolfenstein on their third birthday.  I’m just saying please understand the types of benefits these types of games provide.  When you’ve had a bad day it’s nice to come home and battle aliens, and other evil threats.  As these studies show just because it’s a simulation on a screen, it doesn’t mean we’re going to actually live it out when the game is over. 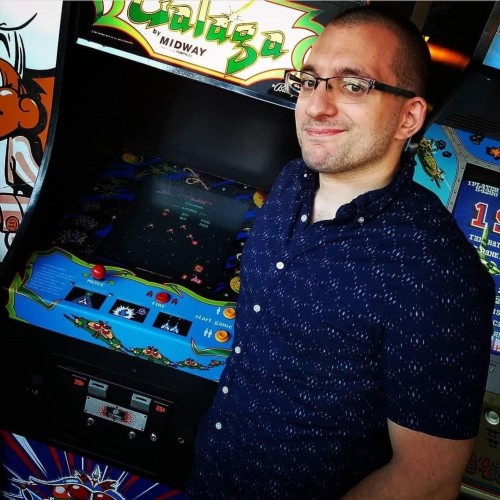