It’s May, and you know what that means, right? Marvel’s Secret Wars! What is even more exciting for me, personally, is the return of Old Man Logan, arguably one of the best Wolverine storylines in the past decade and the series that got me back into reading comic books. So, let’s get right to it. Here are the top 5 reasons why you should be excited for the return of Old Man Logan!

1. Brian Michael Bendis is at the helm

This might be a controversial decision to not have the original creator, Mark Millar, returning to the characters and world he helped create and instead opting for Brian Michael Bendis. However, I wouldn’t discount Bendis as he is a very talented and creative guy. His work on Ultimate Spider-Man and House of M speaks for itself. I personally think Bendis has a lot of great ideas. The only issue I see is that his greatest weakness lies in consistency with ongoing series, such as one of my favorites, All-New X-Men.  I loved the concept and really enjoyed the series up until the end of Vol. 3 (issue 14), at that point I felt like Bendis either didn’t know where he wanted to go with the series or was told by the higher ups to take it into a different direction. In all fairness, most ongoing series fall victim to this. Where Bendis really shines is in limited series/enclosed storylines and that’s what we’re getting.

In an interview with Marvel.com, it’s clear Bendis really understands the character and the possible ramifications of placing Old Man Logan alongside former friends and foes.

This is Wolverine as Clint Eastwood in ‘Unforgiven,’” Bendis says. “This is a Wolverine on a desperate road to redemption. But unlike most people in Secret Wars he will have a sense that things aren’t the way they should [be], not like Wolverine and House of M, but Old Man Logan will venture out of his section of Battleworld and into others. On a quest. And he will be one of the characters most affected by the outcome of this event.

How would he react to seeing the X-Men? Would he be much more lethal and unforgiving with villains because he knows what could happen if they’re left to their own devices? It’s comforting that Brian Michael Bendis recognizes these possibilities and is looking to expand on it in the new series.

It’s bittersweet that Steve McNiven, the original artist of Wolverine: Old Man Logan, won’t be penciling the new series. McNiven’s artwork was breathtaking throughout the series with some really memorable panels that still give me goosebumps every time I look at them. As concerning and frightening as it can be to have a new creative team revisiting someone else’s work, I have full confidence that Andrea Sorrentino will deliver. Just look at his work on Green Arrow and I, Vampire if you don’t believe me. Sorrentino’s work has a very distinct visual style, with Jae Lee influences, which just means you should get even more hyped at the possibilities. At least it’ll be visually interesting — that’s guaranteed.

I’m really happy that Marvel decided to not go with a McNiven look-alike artist, and opted for a different visual style that remains true to the gritty and brutal world that Millar and McNiven created. I can see great things for Sorrentino in the future with the kind of talent he has.

As I mentioned previously, Mark Millar’s Old Man Logan was one of the best Wolverine stories of the past decade. Not unlike Barry Windsor-Smith’s Weapon X or Chris Claremont’s Wolverine limited series, it humanized our pal Logan and transformed him from a little one-dimensional ball of anger to an actual character you felt something for. Guess what everybody — Wolverine isn’t just “angry guy” anymore! He actually has other emotions! And although his body may heal rapidly, the emotional damage is still there. This is the kind of stuff that makes for an interesting character.

For a lot of fans who were looking for a sequel, you’re finally getting one. I’ll admit, I’m a little apprehensive. I think the original run of Old Man Logan was great as a one-off kind of deal. With creating a sequel, you run the risk of ruining a modern classic. Like it or not, sequels/prequels can either improve or severely hurt the original work. Old Man Logan is the Dark Knight Returns story of Wolverine. Remember when Frank Miller did The Dark Knight Strikes Again? I’m still trying to forget that ever happened — same thing with The Matrix sequels.

There were a lot of concepts Millar was exploring with Old Man Logan, but unfortunately was not able to expand upon. Now, Brian Michael Bendis has a chance to further explore what Millar touched on and take it one step further since the Secret Wars event puts him in contact with other Marvel characters from different universes and timelines. Old Man Logan vs. The Maestro, anyone?!

Hugh Jackman has stated that Wolverine 3 will be his last time portraying the iconic character, making it a 17 year run for the actor. Last year Jackman even hinted Old Man Logan was looked at as a possibility for a storyline:

“Well, of course we’re looking at Old Man Logan, because that may be the only option left at this point! [laughs] We are looking at a lot of different storylines. No one has jumped out. You can tell from my answer that we’re still working it out. I’m working with Jim Mangold, which is exciting. Jim came on board The Wolverine after Darren [Aronofsky] left, so he inherited it. And of all the things that Jim can do, one of the great things he does is develop scripts. I’m excited to see what we can come up with, but I haven’t signed on signed on. I’m genuinely at that point where unless it’s better than the last one I’m not going to do it.”

Wishing for an Old Man Logan movie adaptation may be a bit far-fetched, considering the story featured dozens of Marvel characters whose movie rights belong to other studios. Yet, with the news that Spider-Man (owned by Sony Pictures) is going to appear in Marvel Studios’ Captain America: Civil War, played by Asa Butterfield, then the possibility of seeing an Old Man Logan movie might not be as far out of the realm of possibility as once thought — and with Marvel Comics bringing back Old Man Logan for his own series, it shows there’s enough marketability and popularity around the character.

My bet is we’ll see some sort of amalgamation of Old Man Logan and Ultimate X-Men’s Cable — an older depowered Wolverine from the future — the later being a stronger possibility.

In case you’ve been living under a rock — or just aren’t a nerd like us — you’ll know that Marvel recently killed off our beloved Logan. This isn’t the first time a version of Wolverine has been killed in the comics. The Ultimate Universe lost Wolverine when Magneto ripped the adamantium from his bones (this was also done back in the 90’s to Earth-616 Wolverine, however, he survived the experience).  What made losing Earth-616’s Wolverine much more important though was that Marvel killed off the mainstream universe’s Wolverine. Now, comics are notorious for killing off characters and bringing them back, but the industry wised up to this cliche and there are still several characters who have remained dead in the continuity for several years now.

Could this mean Old Man Logan will be replacing the Earth-616 Wolverine? What’s in store for him as he makes his way across Battleworld? We’ll just have to find out!

Stay tuned for my review of Old Man Logan #1. 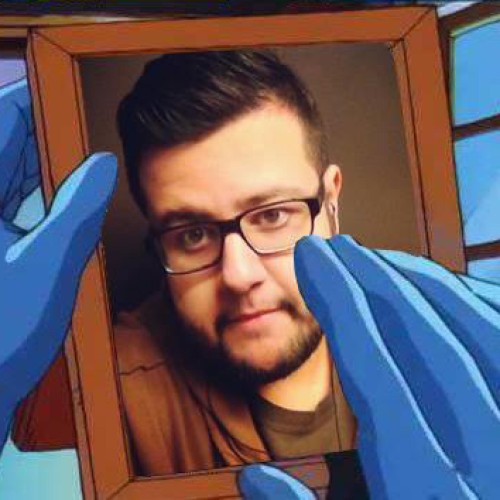