TONY STARK: IRON MAN #19 Is The Start Of A Hero Going Down A Dark Path

The prequel to Iron Man 2020 is here in Tony Stark: Iron Man #19 thanks to Dan Slott, Christos Gage, Francesco Manna, and Edgar Delgado. Will Iron Man be able to defeat Ultron? He may but when its all over he may never be the same again.

THE ULTRON AGENDA FINALE! What if there is no Tony Stark? What if there is only the Iron Man? At the end of 2019, the boundaries between man and machine are blurred and broken… and the Marvel Universe will be a very different place in the year 2020. A new Iron Age is coming… and you do NOT want to miss this pivotal issue. 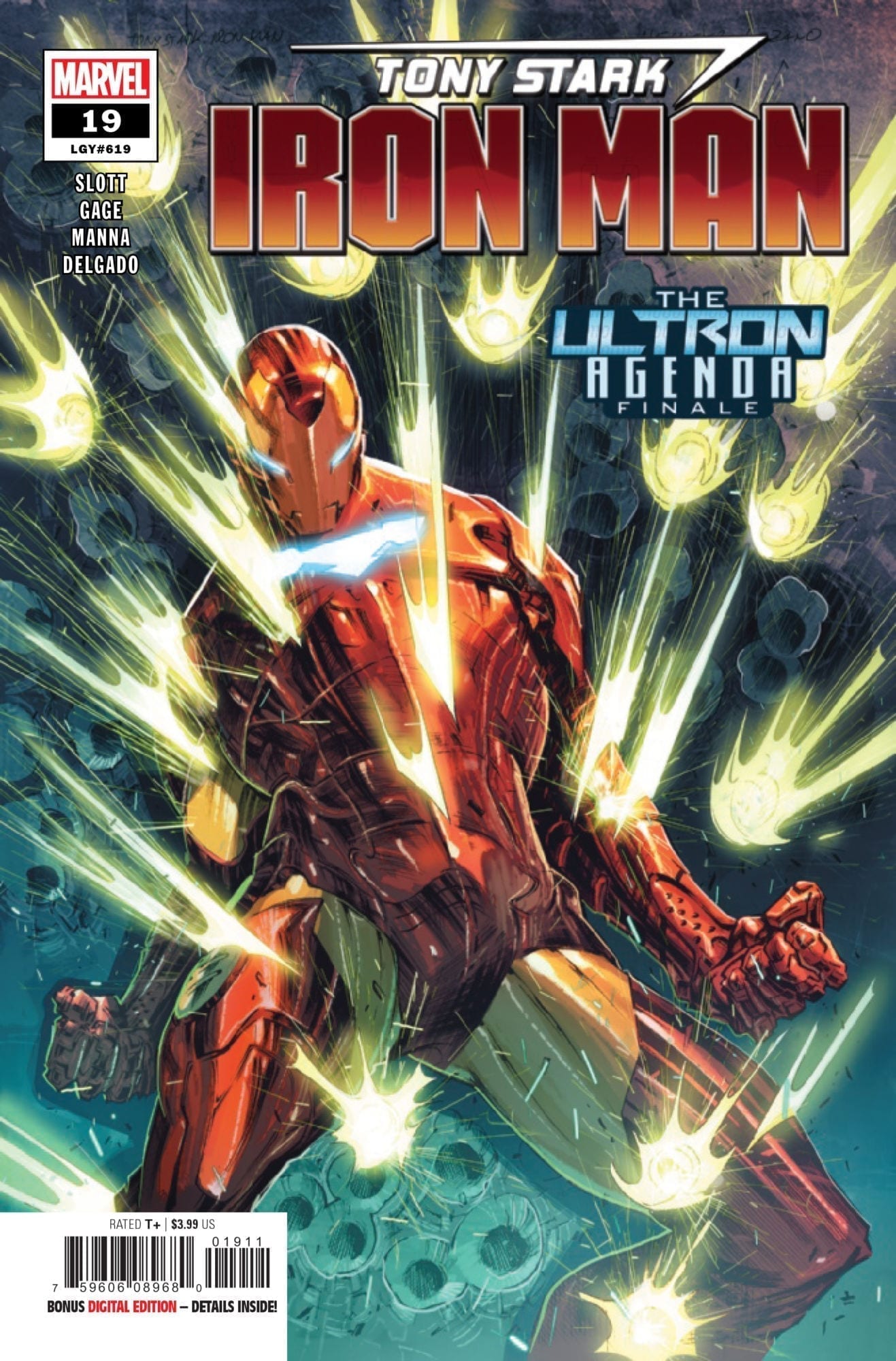 Credit with this issue should first be given to the team for bringing a massive change to Iron Man in his actual series. Too often the character has been at the mercy of crossover events and the major changes to his character have come from those stories. This issue instead takes the time to lay the seeds for Iron Man 2020 and in the process cause Tony Stark’s world to crumble around him.

There are a lot of good moments and it seems like this has all been what Dan Slott and Christos Gage have been leading up to. This is the start of Tony’s journey down a dark path. Though he is able to best Ultron, things move away from him fast. The state of who he is, his business, and his future as Iron Man are all thrown into a state of chaos in this issue. It is an intense ride and will make the reader eager to pick up Iron Man 2020 #1 next month. 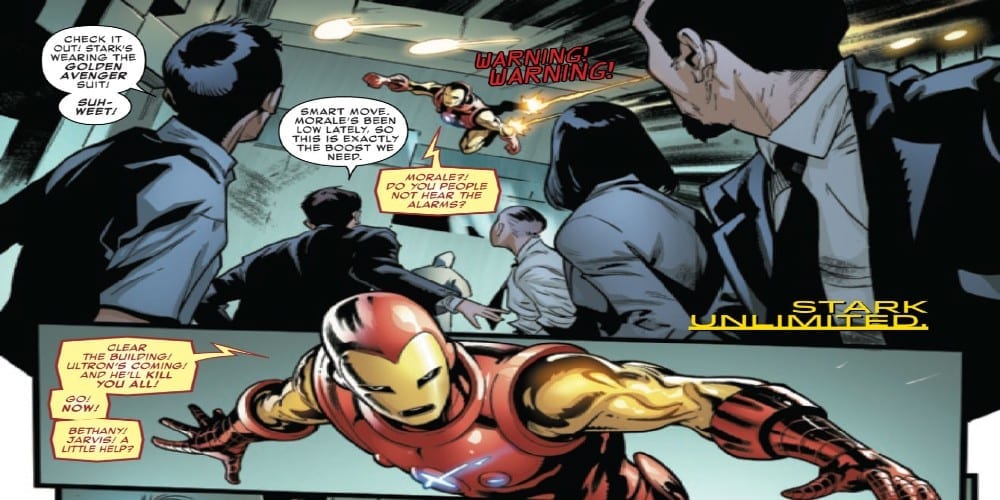 The artwork by Franchesco Manna helps to deliver the emotion behind each blow Tony receives. Through his facial expressions, you are able to tell just how tired and defeated the character feels as each of the negative changes reign down on him. The final page is off with the reveal of Iron Man 2020 (come on we all knew it was coming) but otherwise, this is some pretty solid art.

The colorwork by Edgar Delgado once again brings some perfect efforts to the issue. Ultron still looks unsettling, energy blasts look devastating, and the action is intense thanks to the attention paid to the colors. A special shout out to a particular panel which holds a lot of dark foreboding thanks to Delgado’s work. 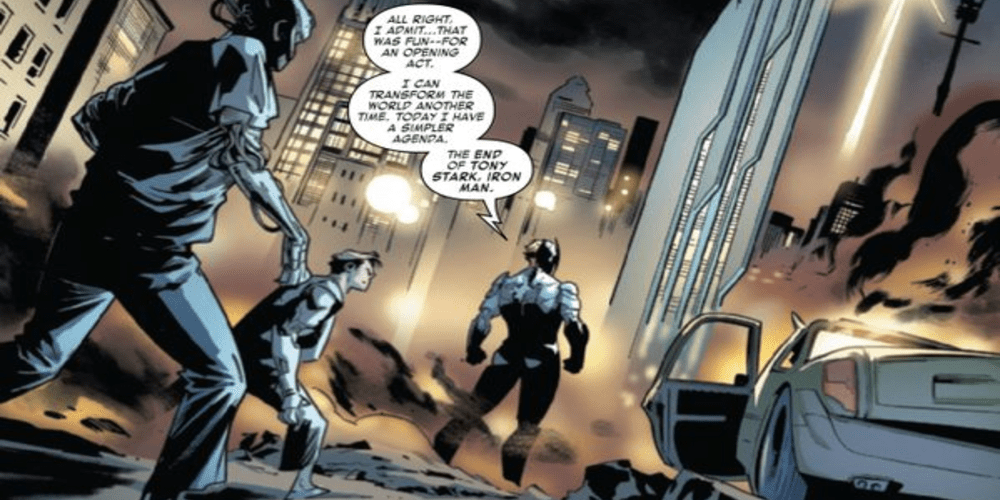 The lettering by VC’s Joe Caramagna aids with the soundtrack for the issue. Special attention is paid to making sure important background noise comes into play in the issue. Really helps to nail the New Years’ Eve countdown at the end of the issue, heralding the coming of Iron Man 2020.

Tony Stark: Iron Man #19 ends what has been a fantastic run for the series. Every Iron Man fans need to read this issue as it heralds the beginning of some grim times for Tony. By the look of it, things will get a lot worse for him before it gets better.

An era of Iron Man comes to an end but what an incredible ending it is. TONY STARK: IRON MAN #19 Is The Start Of A Hero Going Down A Dark Path