The Rise of eSports… Coaching?

Apparently, OG is determined to build on their previous success and win the title at TI6. Team captain Fly is determined that they develop their own playing style and that this will help them to win. Exciting, right? And chances are you understood the majority of that. Following, discussing and even participating in eSports is becoming the norm for those coming from the world of home video games. From playing for fun in your own home, to participating in huge tournaments like The International 2016 is a huge leap. So far, players and teams have gone on their own knowledge and experience, depending on great captains like Tal “Fly” Aizik. However, there’s been a new development; coaches. Yes, it is now possible to hire an eSports coach to hone your game and keep you up to date on successful strategies and new patches. And it seems they also do old-fashioned coach things, like keeping players motivated and telling them to go to bed early. eSports just went up a level.

The origins of eSports really lie in the popularity of RTS and more recently MOBA games. Though tournaments have been going on since the 1980’s, the scene began to take off with the introduction of games like Halo and Global Starcraft II. Team OG, mentioned earlier, play Dota 2. The suggestion is that the more exciting and accessible these games are to viewers, to more successful they will be. Tickets are already in sale for the League of Legends World Championship Semifinals, at Madison Square Gardens. It’s difficult to think of a location more emblematic of success than that. And as the big tournaments are live streamed to viewers all around the world, the revenue for platforms like Twitch and Azubu grows. Facebook has recently launched a platform for amateurs to live stream their games, so it’s unsurprising that the market as a whole is predicted to have reached $463m this year. As eSports being to gain momentum, and the whole thing evolves, coaches are being brought in to bring it closer to traditional sports. Or, to put it differently, eSports are being seen as a serious career path for a range of professionals. You know a sport is big when a marketing consultancy is formed specifically for it.

So where exactly does the eSports coach fit into this picture, and what do they do? Like traditional sports coaches, they analyze their team’s performance, join in with practice sessions and stay ahead of developments in the arena. Don’t forget that games are constantly changing, and with every new patch comes a new series of challenges. Coaches are often professional players who have diversified, and the roles seem to have grown naturally from the pool of excellent players that has been built up over the past decade and a half. In the light of the big brands which sponsor teams for the major competitions, it’s a given that players would want to expand their careers in this lucrative arena. US-based Cloud9 has teams competing in most of the major tournaments, most notably the North American League of Legends Series, all thanks to sponsorship from HTC. Another major brand, online poker giant PokerStars recently started a partnership with Team Liquid, and have also encouraged some of these players to try their skill in poker. OG is sponsored by Red Bull, though they have only recently started using a coach. 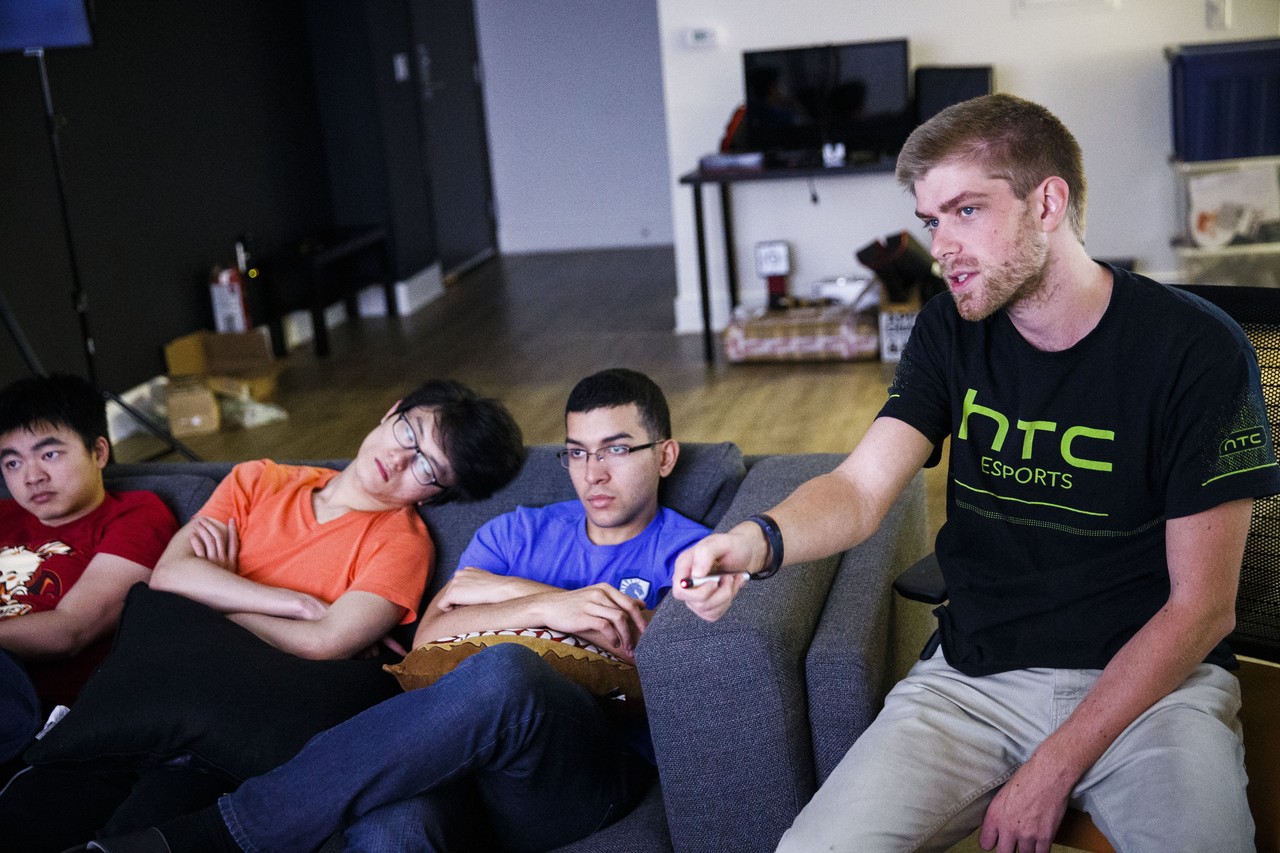 Finding a Space for Coaching

So if this is the future, how do we expect the role to develop? It’s clear that coaching began in an organic way, as pro players found themselves giving more and more advice to their teammates, or contributing strategy. Interestingly, the kind of contribution the person called “Coach” makes to the team is fluid, and changes from team to team. Team Liquid have a coach, an analyst and a manager, and they split their duties quite clearly – Mark Zimmerman, an analyst, is unlikely to be dealing with admin, or prize money. Over at OG, the coach, 7ckingMad, is more concerned with providing an overview of performance, but leaves strategy to the team captain. As a recent interview to Red Bull proves, the industry is not regulated, and all sorts of issues can arise regarding the behavior of players and organizers. Is it up to the coaches/managers to keep everyone in line? The status the coaches have within tournaments and with their sponsors is important for the future of the industry as it is now. Zimmerman began as a volunteer, and was brought onto the payroll through referral by his contacts in the industry. There are now websites where coaching jobs are advertised, giving the profession some credibility for outsiders. However, many of these roles are still volunteer-only.

Whether you see it as a sign of the evolution of the eSports world, or as an opportunity taken by a canny few, eSports coaching is looking like the future. Like any emerging profession, there are still issues to be ironed out, and there’s no doubt that it will only take time. The question of where the role will go perhaps depends on how much eSports follow the same model as traditional sports. With college scholarships, training schools and bigger audiences may come a central role for the coach. For a sport that comes from player-led communities, this may be a step too far. Either way, it’s going to be exciting to see how far the idea gets, as eSports continue their meteoric rise.