If Harry Potter dropped F-bombs and the kids from Netflix’s Umbrella Academy were twice as surly, you would have The Magicians, a comic based off Lev Grossman’s best-selling series of novels regarding a more realistic school for young wizards and witches.

The Magicians #1 kicks off a five-issue mini-series from Archaia introducing a new class at Brakebills University for Magical Pedagogy, and the teenager-fueled drama kicks off on page 1. Audrey, Pat, and Emily are three students entering the prestigious school. Audrey is the tough talker who just wants to fit in, Pat is the big jock guy who doesn’t care about anything, ya hear, and Emily is the terrified girl afraid of her own shadow.

The trio is brought to the school with the announcement they’re starting as Year 3 students, despite having no formal magical education. Imagine a home-schooled kid going straight from Momma’s living room to Harvard Law. So some folks aren’t real stoked about these new kids, specifically Andy, who’s Johnny Lawrence without the karate, but with spells.

Andy, our homeschoolers, and assorted schoolmates are told they are part of a special class being taught to them and only them and so now there is a bond between them. That bond is tested that night when they sneak out with Andy demanding to see what the newbies are packing, sorcery-wise. Mayhem ensues.

Grossman and Lilah Sturges are the co-writers, and while the script is good, character development is healthy, and there is good interaction between them, the plot feels like we’re checking off a list of YA tropes.

The brooding guy who pushes everyone away but wants to be loved? Check.

An angry bully who immediately gives our heroes grief? Check.

Lonely doormat girl, who will be called upon to do something great? Check.

Again, the writing is strong, but it feels like Pretty Little Liars with less texting and more abracadabra.

Pius Bak’s art is well-done and does some of the heavy lifting when the plot hits a lag. A more abstract style perfect for the subject matter, Bak’s own magic lies in the emotion his characters convey. Without in-depth, Frank Cho-Esque clarity, he can display incredible intensity and feeling with minimal lines. Andy’s constant fury is only amplified thanks to Bak’s masterful abilities.

For a book about magicians and magic, the muted colors used by Gabriel Cassata would seem to be a dull choice, but it adds to the realism of the story. The combination of pissed-off teens and the subdued palette puts you in the story with Mike Fiorentino providing capable lettering. The best letterers are the ones who never make you question his or her work. When it’s bad, it destroys a vital component of the experience, and when it’s good, you barely notice it.

Fans of the books and the television show will enjoy it as will Harry Potter fans who always wondered what it would be like if Hogwarts students talked the way ‘real kids’ talked.

Read the books and watched the TV show? Tell us what you think of the comic down below! 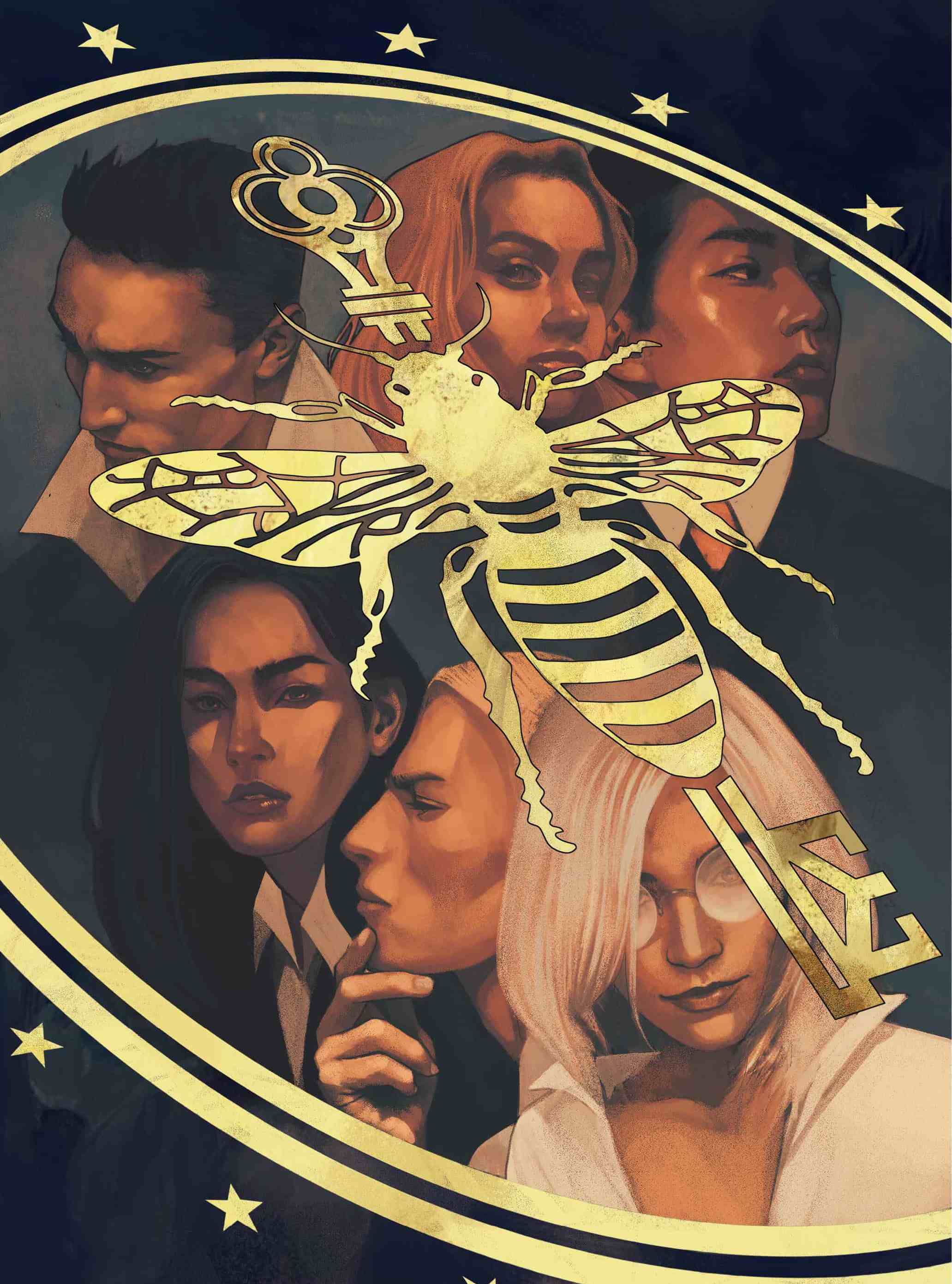 If Harry Potter dropped F-bombs and the kids from Netflix’s Umbrella Academy were twice as surly, you would have The Magicians, a comic based off Lev Grossman’s best-selling series of novels regarding a more realistic school for young wizards and witches. The Magicians #1 kicks...THE MAGICIANS #1: Like Hogwarts With a Swear Jar