The Irredeemable Ant-Man: Who Is The Worst Ant-Man?

The Irredeemable Ant-Man, who deserves that title the most? OG Ant-Man Hank Pym, who created Ultron and punched his wife. The reformed thief Scott Lang who stole the suit in the first place. Or how about the namesake of this article Eric O’Grady? I mean the guy is a lying scumbag who sleeps around. That’s what we’re here to find out from the gutters. 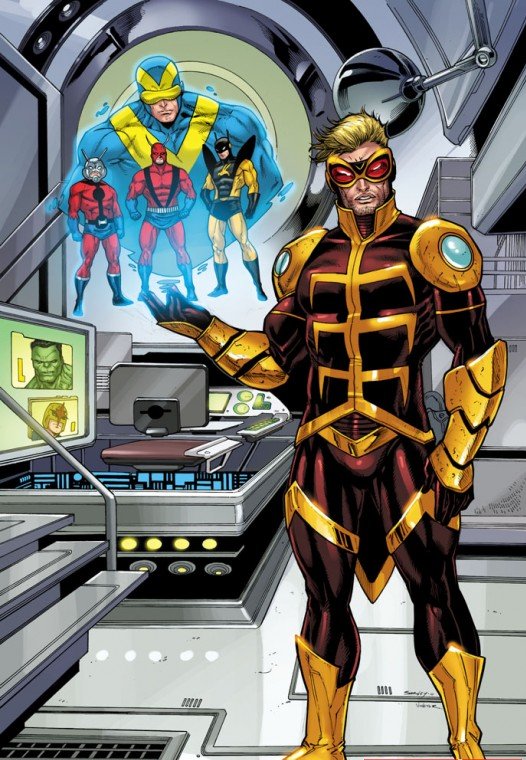 Hank Pym’s legacy as Ant-Man has a lot more cons than it does pros. Sure he’s one of the founding members of the Avengers, but he’s got some mental problems. Recent comics have diagnosed him with bipolar disorder. Which, if medical research implies, seems to be the mixed type. Unfortunately it’s backed by his suicide contemplation way back in the original West Coast Avengers comics. Not to mention how his guise of Yellowjacket shows signs of mania and depression.

Because of this condition, Hank has done some very questionable things. As Yellowjacket, he kidnapped Janet Van Dyne before marrying her and created killer robots. One of those robots’ minds is based on Hank’s. Ultron takes all of the worst aspects of Hank into him as one of the Avenger’s worst enemies. It’s why the Ant-Man movies lean more into humor but with the more relatable Scott Lang. Even the comics Hank Pym doesn’t seem like The Irredeemable Ant-Man, just a guy who needs therapy.

Scott Lang is a former electrician and thief trying to support his daughter, Cassie. While Scott did steal the Ant-Man suit, it was out of good intentions. He was trying to save a doctor who could operate on his daughter. Hank even lets Scott keep the suit. Afterward, Scott does whatever he can to lawfully get by. He’s a pretty regular guy who hops jobs. A few times, he even starts his own business in electronics or security. The only time Scott slips from this is when Cassie is at stake like in Secret Empire. So despite all of his faults and bad luck, Scott’s anything but The Irredeemable Ant-Man.

Eric O’Grady is a total scumbag of a human being. He’s not evil, but he’s barely even close to being good. Man, where should people even begin when it comes to this guy? Starting small, all Eric does is try to get by at life as easily as possible. The only reason he joined SHIELD was that he thought college was boring. But Eric messes that up and gets his friend killed. So he steals the prototype Ant-Man suit his friend was killed in and proceeded to sleep with that friend’s girlfriend. It only gets worse.

Eric goes out as Ant-Man fumbling about and wanting to get famous as a superhero. Yet his only heroic moments happen by accident. Even then, rather than do the moral thing, Eric prefers to elevate himself. For example, he stops a robbery but prefers to pawn off the goods rather than return them. Probably the most despicable comes from how Eric uses the suit to stalk, peep, and convince women to date him. That includes when he’s in a relationship. But even then, Eric is a man-child who still tries his hardest to be good when he has the chance. Unfortunately, after a heroic sacrifice just gets him more scorn, he goes back to crime as Black Ant. Okay this is technically an android that took his identity, but he’s still most likely The Irredeemable Ant-Man 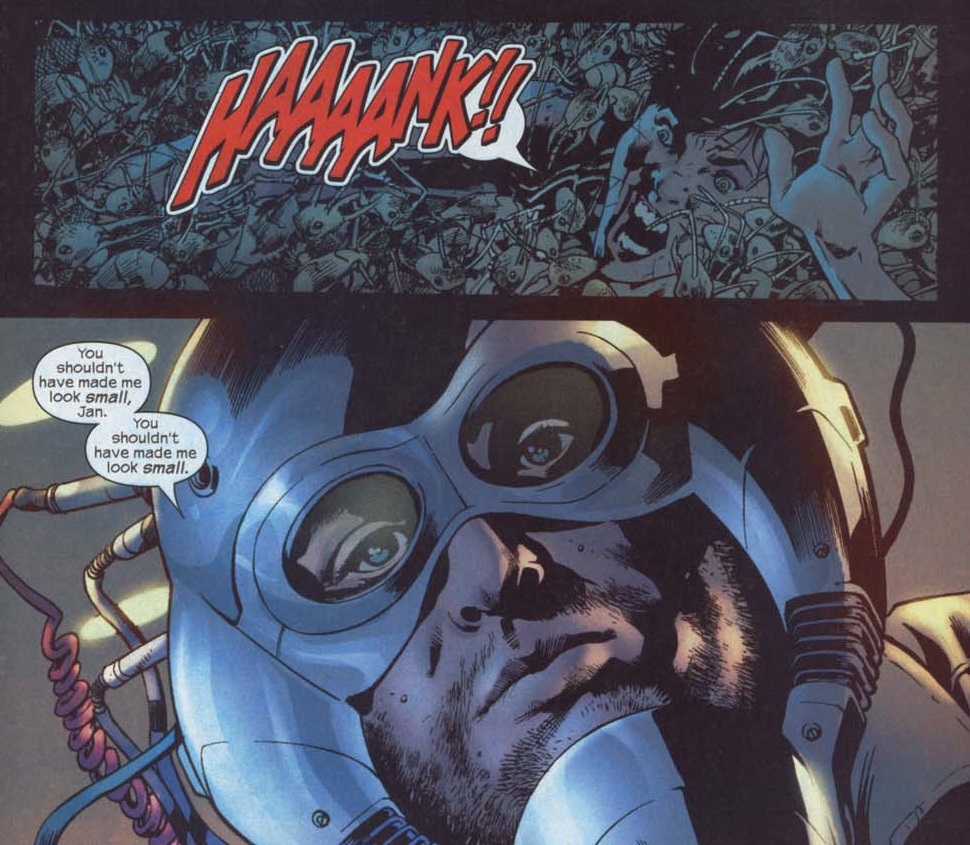 Sorry guys seems I forgot a contender. This time it’s the Ultimate Universe Hank Pym. Unlike the mainline Hank or Eric, this man is an abusive sociopath. While the primary Hank hit Janet in frustration (in what was supposed to be an accident), this one tried to murder her. All over his insecurities surrounding Janet’s friendship with Captain America. First, he sprays Janet with insecticide and then proceeds to try and smother her in ants. Sure he felt terrible, afterward, but it doesn’t change his inner rage. When the Wasp is devoured in the reviled series Ultimatum, Hank returns the favor to her murderer in gruesome fashion. Well, it looks like The Irredeemable Ant-Man has a solid contender.

And The Irredeemable Ant-Man Is…

All things in consideration, deciding who is The Irredeemable Ant-Man is tough. Except for Scott, he’s a pretty decent guy even before Paul Rudd’s portrayal. The mainline Hank can at least let the worst things about himself come from mental illness. But Eric and Ultimate Hank are bad in some of their own corners. Eric never regrets any of his actions unless they inconvenience him. Yet he still dares to call out some of the worst supervillains on their actions. Ultimate Hank meanwhile is quite clearly insane, sure he takes medication and makes a heroic sacrifice at the end of his life, but no one will ever or even should forgive him. Eric meanwhile does make a truly noble sacrifice only for his efforts to be undone by a doppelganger.

Objectively speaking, Ultimate Hank Pym is clearly The Irredeemable Ant-Man. From attempted murder to aggravated murder, the crimes register as Level VIII in crime severity. Sorry, Eric, but it looks like you lose your title, we still like to laugh at you though.

What do you think? Comment below with your thoughts.