If you thought it was heartbreaking to see Billy Batson, one of the most innocent characters in the DC Universe, working for the Batman Who Laughs, you’ll be devastated once writer Sina Grace and artist Joe Bennett put Billy’s transformation into context in The Infected: King Shazam! #1, out this week from DC Comics. 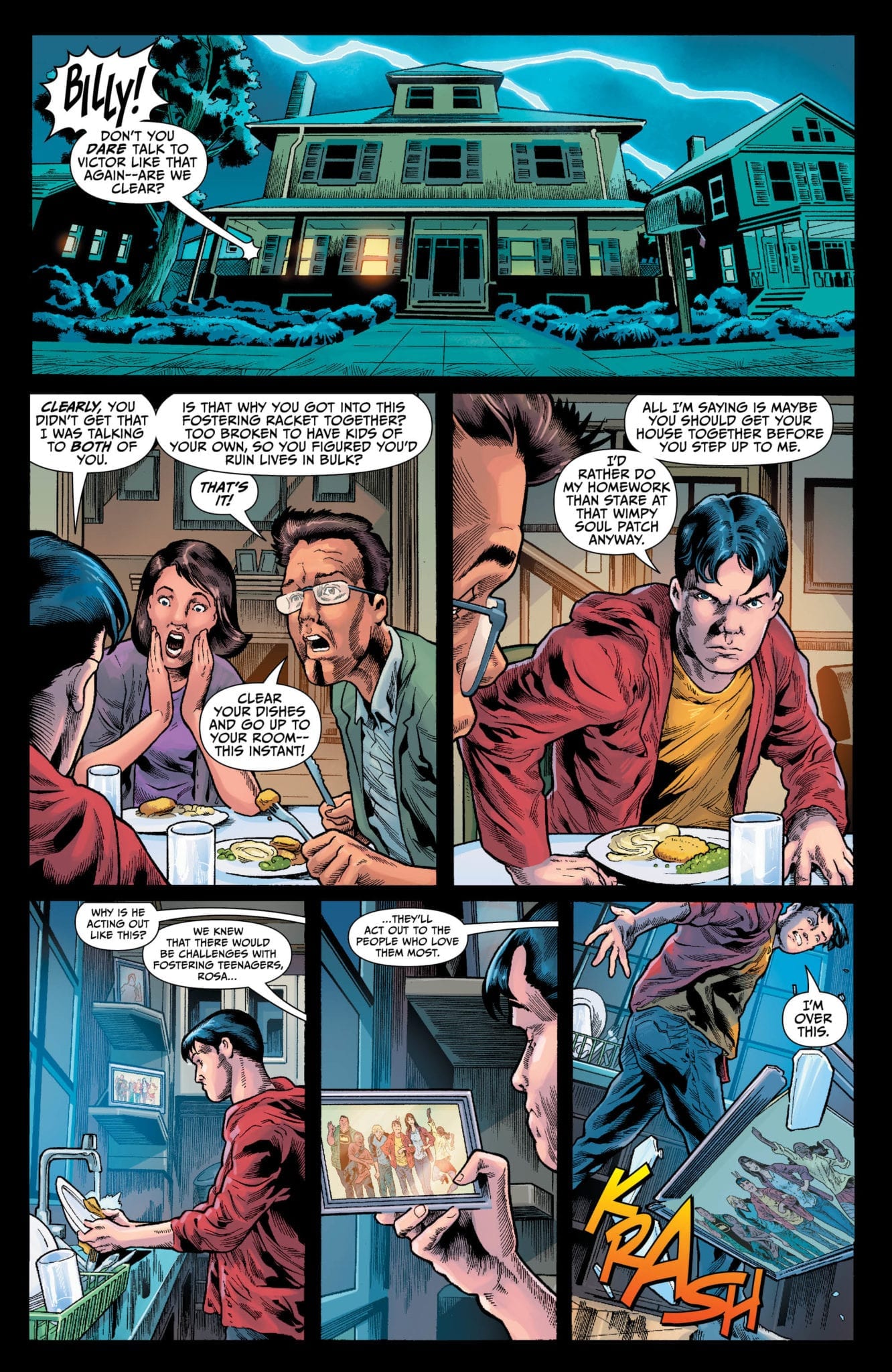 Seeing how Billy’s transformation affects his siblings and parents is what truly allows his degradation to sink in. Yet something about this new King Shazam seems oddly… familiar.

Newly infected by the Batman Who Laughs, Billy acts out in ways that might strike close to home for some readers. Billy yells at his parents at the breakfast table before leaving in a huff; he goes out on his own and doesn’t tell his siblings where he’s going; he challenges every authority in his life and tries to prove himself better and more powerful than they are. Frankly, it looks like Billy has hit puberty. 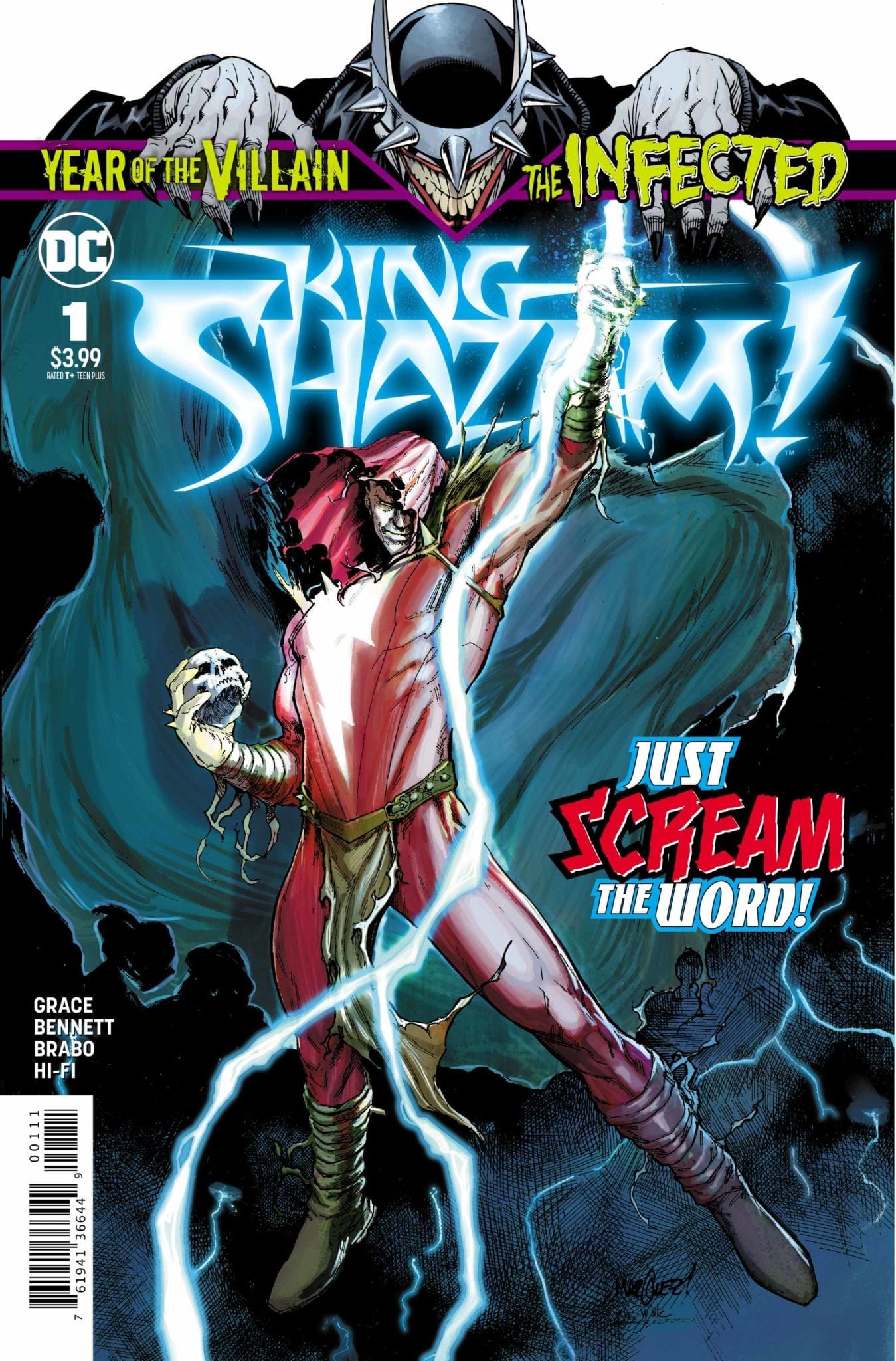 The nuanced tone given to Billy’s transformation by Grace allows us to see past the puppet of an evil Batman, and see the boy struggling with the changes in his life. Though some of the other infected, like Jim Gordon, have seemed to do 180 degree turns to pure evil, Billy’s new personality doesn’t seem to be entirely new. There is a sense that all of his actions and words are coming from somewhere that already existed in Billy before his infection. He was already feeling alone and like he could do so much more if he just let himself go. The Batman Who Laughs just gave Billy the nudge.

Artist Joe Bennett and inkers Belardino Brabo and Matt Santorelli manage to walk the line between dehumanizing Billy and making his transformation seem unimportant. Through the issue, we rarely see Billy’s face when he’s in his King Shazam form. The colors by Hi-Fi leave Billy looking pale and unhealthy when contrasted with his bright-eyed siblings. We worry about what may be under the hood just enough to still hope he’s human, and get just enough glimpses of his new face to catch our breaths in heartbreak. This worry and heartbreak is shown beautifully and in stunning detail on the faces of Billy’s siblings and parents. 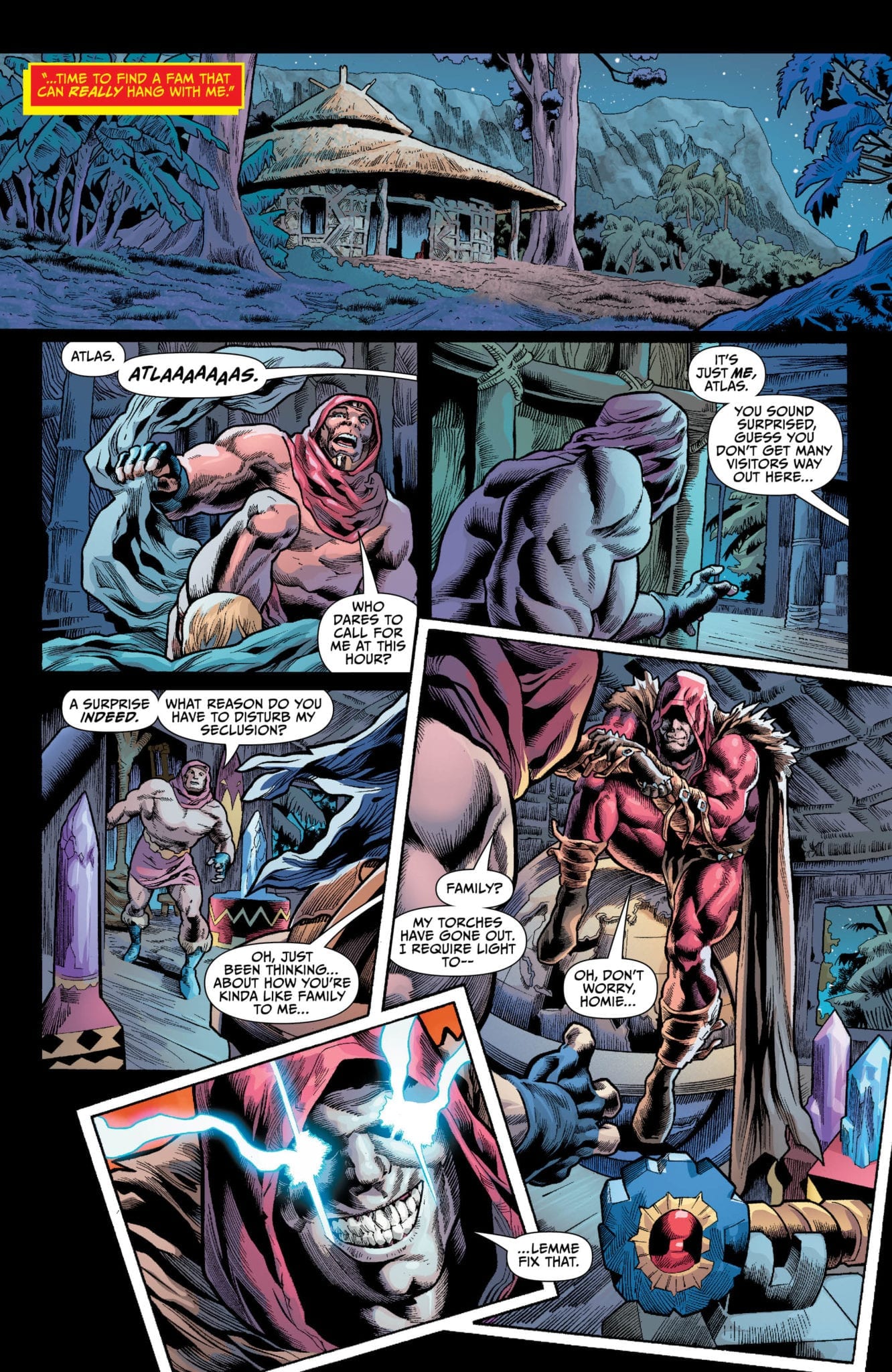 While there is a heavy number of words per page, Rob Leigh’s lettering is clear and never detracts from the story. Each sound effect echoes across the page to show the sheer immensity of Billy’s newfound power. The quieter moments, through size of the font and size on the page, truly do feel visually quiet as well. Leigh champions the tone of the storyline with his huge range.

Grace, Bennett, and company imbue their story of evil with a surprising amount of humanity. When one would expect murder and mayhem, they show fights at the dinner table. While there is still plenty of mayhem to go around, their story never loses sight of the humanity beneath power or the boy inside the suit. The Infected: King Shazam! #1 a must read for any fans of Billy Batson, because, all in all, Billy is still in there somewhere.

What seems like a simple step in the Year of the Villain turns out to be a surprisingly relatable story about a teenager who doesn't know what to do with all of these changes. Review: THE INFECTED: KING SHAZAM! #1 - Infected With...Puberty?