Ricardo Delgado launched a new project on Kickstarter this week, as he reimagines Bram Stoker’s classic vampire story in an illustrated novel DRACULA OF TRANSYLVANIA, which features an original story and more than 20 illustrations. Monkeys Fighting Robots spoke with Delgado about the project and all things Dracula. 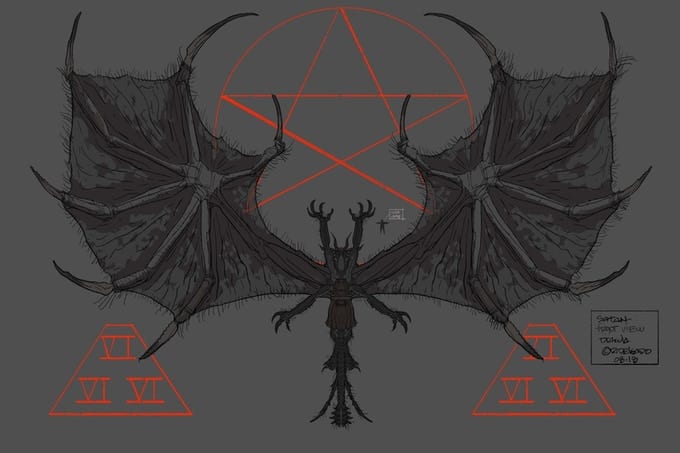 Enjoy the Ricardo Delgado interview below:

MFR: Ricardo, thank you for taking the time to talk with me.

Ricardo Delgado: Hey my pleasure! Always happy to talk about things that go bump in the night.

MFR: You mention that your Dracula will be fresh and unsettling; what does that mean?

Delgado: It means that this is not your grandpa’s Dracula. It’s THE EXORCIST meets LORD OF THE RINGS. Horror amid sprawling adventure. There’s also a deep acknowledgment of the Victorian-era ghost story. I’m a big fan of M.R. James. I love the whole idea of having a story that alternates between all of these moods and aesthetics. Somehow there’s this modern interpretation of the count as a romantic, as a failed Romeo, and I wanted to put a stop to that in my version. Here he’s Vader, Lector, Sauron. A marauder. A conquering monster.

MFR: What are the elements you bring to the table to portray horror?

Delgado: A working knowledge of the stuff that’s come before me. Referring to M.R. James earlier, my favorite story of his is AN EPISODE OF CATHEDRAL HISTORY, which is pretty much a vampire story in my opinion. And I really enjoy Sheridan Le Fanu’s CARMILLA, just a dark fairy tale that was a major part in starting off the whole vampire lore in literature. Kind of taking all that into the film realm, aside from the major vampire films, two I appreciate are Carl Dryer’s VAMPYR, and as much as I love the original film, Herzog’s NOSFERATU THE VAMPYRE is in my opinion, the BLADE RUNNER of vampire flicks. So anyway, that’s what I bring to my story, a working acquaintance with the ghost story involving the undead, whether it be in print or moving picture form—that combination of the modern blockbuster roller coaster melded with the prose of the classic ghost story.

MFR: Are you using any special artistic techniques in DRACULA OF TRANSYLVANIA? If so, why?

Delgado: Yeah, I’m working more on the overall shape, trying to create a memorable silhouette. Also, just focusing on concepts that have not been seen in a film or illustration. All that modern VFFX is wonderful, but before that, much of the transformation stuff in my book would have been possible, but SUPER expensive. But not here. Just cool ideas. I love the stuff in THE THING, AMERICAN WEREWOLF IN LONDON, ALIEN, and PREDATOR, just seminal concepts that created memorable characters and moments. That’s what I’m hoping for, that people read this book, take in the concepts and say, ‘Hey, have not seen that before!” That in a nutshell, is the job of a concept artist. 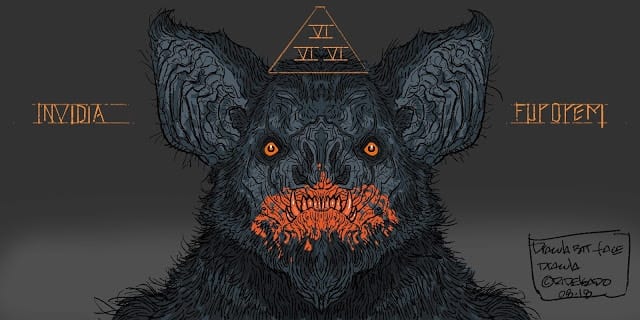 MFR: What is it about Dracula that keeps fans coming back for more?

Delgado: The different incarnations. They are made then remade. For example, I love the 1979 Frank Langella version of the story because it is steeped in tried and true mood and horror, while BRAM STOKER’S DRACULA is rich with art, artisanry, and the stage magic of the early 20th century. Then you have the version in HOTEL TRANSYLVANIA, directed by my friend Genndy Tartakofsky. There’s literally something for everyone with Dracula.

MFR: How has your work in film prepared you to unleash hell with DRACULA OF TRANSYLVANIA?

Delgado: My experience in film taught me that I could take my concepts and apply them to my stories without a budget filter. As I’ve stated before, much of the VFX decisions in film are affected by budgeting, but here I’m not limited by anything other than my imagination and my taste. I wanted to create stuff that both felt original yet also could fit in with the classic monster film images. It’s a tough, narrow road to hoe, yet I feel like I’ve been able to walk that line with these ideas. For example, I’ve seen Dracula in mist form enough to have those ideas in previous stories and films force me to up my game so to speak, to come up with a concept that’s new yet fits nicely in with the monster stuff off old, and boy have I done that! No VFX bucks or schedule to worry about here, just pure and simple story and concept. Very liberating, actually. MFR: What scares you, and how did you apply that to your book?

Delgado: You can put a tarantula on my hand and I’m cool, but not a big roller coaster fan, which is ironic because this story is a complete roller coaster, so figure that one out, lol!

MFR: With Kickstarter, there are several ways to measure success. What will success look like to you?

Delgado: When people come up to me with the book in their hand and a smile on their face. I’ve already had the pleasure in writing and drawing it; now I look forward to getting readers’ thoughts. That’ll be cool.

MFR: Launching a Kickstarter campaign, you put your faith in fans. Do you get nervous putting yourself out like that?

Delgado: Nah, because I know I have a good product. A great story with great designs. Look forward to letting everyone see what I’ve come up with. 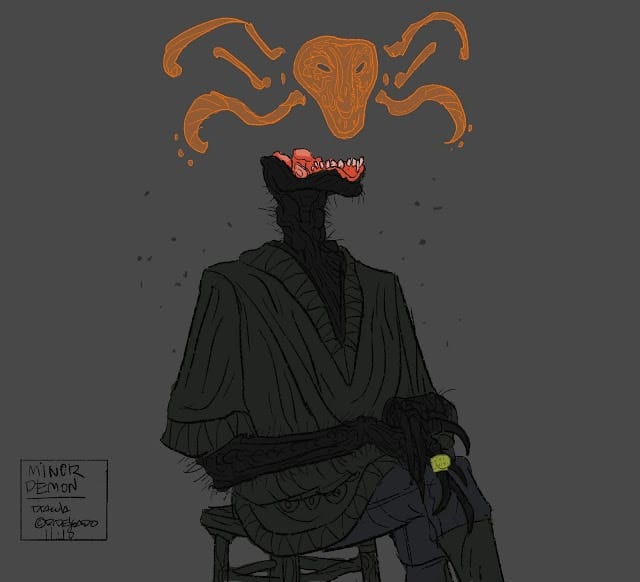 MFR: Which version of Dracula over the past 90 years has scared you the most and why?

Delgado: Oh, the Dracula in Herzog’s NOSFERATU THE VAMPYRE is pretty horrifying, and it ironically harkens back to my early youth when the Barlow vampire, based on the makeup on the original Murnau NOSFERATU. Interesting that both came out around the same time, late 1970’s. That first SALEM’S LOT TV show was really shocking for its time, though I would really recommend reading the Stephen King novel. Lots of depth and thought there along with the horror.

MFR: Ricardo, thank you again for your time, and best of luck with DRACULA OF TRANSYLVANIA.

Delgado: Hey, thank you, appreciate your time as well.

Check out the Kickstarter campaign here: DRACULA OF TRANSYLVANIA