With Transformers #17, a major threat approaches the planet of Cybertron thanks to Brian Ruckley, Anna Malkova, Bethany McGuire-Smith, Joana LaFuente, and John-Paul Bove. With the threat help to move the story along or is it a colossal nightmare?

Megatron is faced with the ultimate decision. He can forge ahead on the path he’s started down, or he can take the last chance at doing things by the book. Either way, Cybertron is on the verge of change, and after this, nothing will ever be the same. 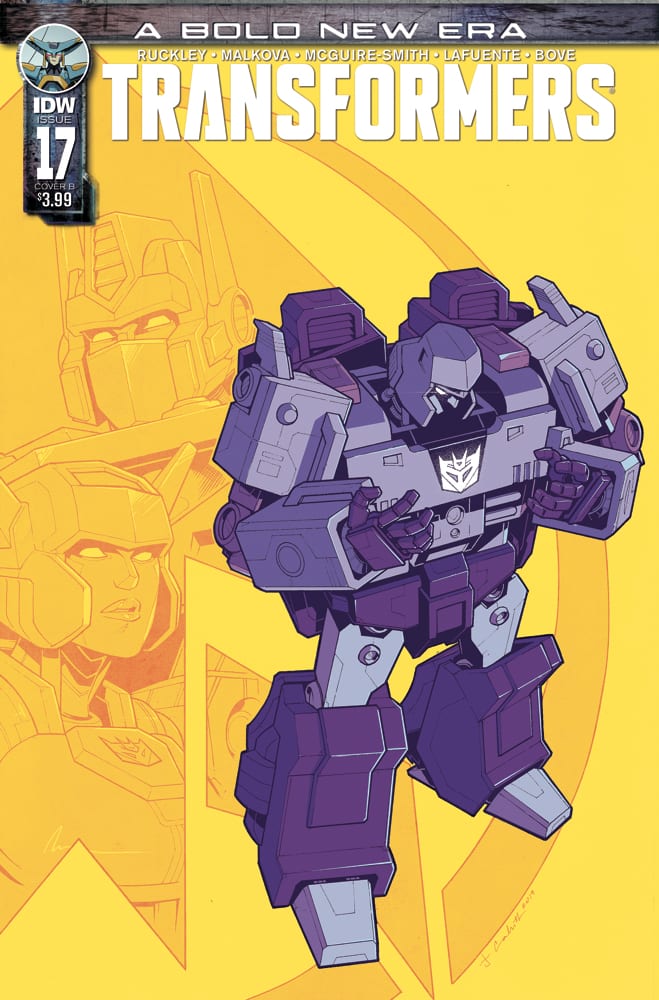 Before getting to the problem introduced at the end of the previous issue, there is a bit of set up by checking in with a familiar face. Cyclonus is shown to still be plagued by ghosts and only slowly moving towards a decision to act. Though it seems wrong to keep comparing this run of Transformers to the previous run by IDW (after all the new series has been around for over a year), its hard when some characters are not as powerful as they were previously. Cyclonus was a deep and stoic character and seeing him meander around and be unsure of what moves to take next feels wrong.

With this issue, it becomes apparent writer Brian Ruckley is playing the long game with the storytelling for this series. After the previous issue where it was revealed a Titan had awakened, it seemed carnage and destruction were on the horizon. Instead of immediately dropping into the center of Cybertron and tearing up the place, the writer throws up some obstacles to help add to the tension. Basically, the overall plot is progressing but individual characters could stand to be more developed. 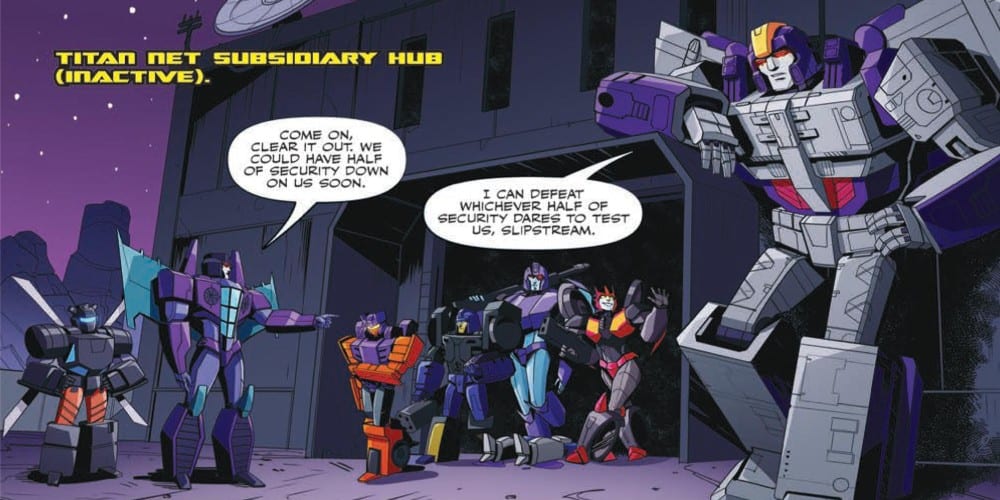 Two different artists take care of the Pencils and Inks on this issue which plays to each of their individual strengths. The pages Anna Malkova focuses more on atmosphere and settings which come off well. Meanwhile, the pages by Bethany McGuire-Smith are more action-based. Together, the issue has a very impressive look to it.

The colorwork by Joana LaFuente and John-Pal Bove helps to compliment each of the artists they are working with. LaFuente adds to the battle scenes as they unfold and Bove’s work adds to the unsettling nature of the ghosts plaguing Cyclonus. The issue definitely isn’t lacking in the visual department. 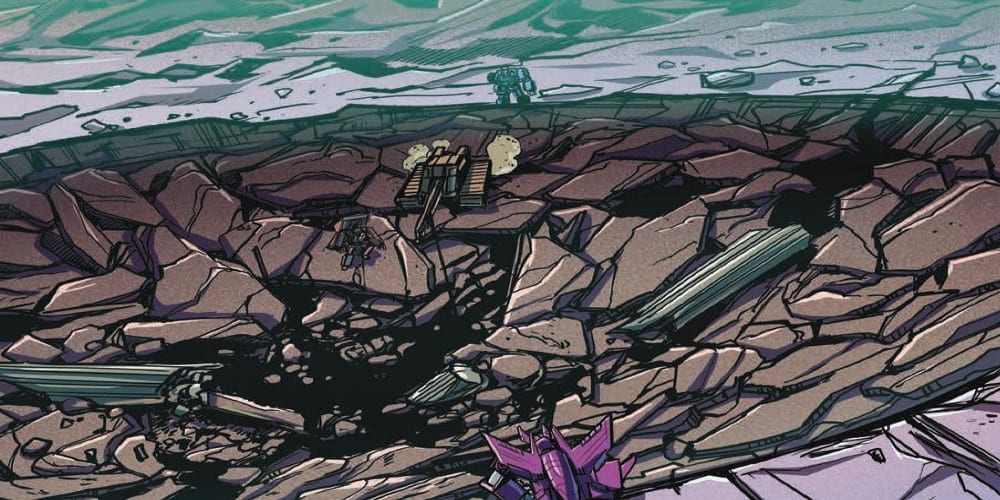 The Lettering by Jake M. Wood and Neil Uyetake allows for great dialogue from varying sources. Between communication channels, musical lyrics, and telepathic messages, the lettering is able to convey the different forms of interaction.

Transformers #17 shows the creative team knows what they are doing with the plot but the characters need to be developed more. Hopefully, the Titan rampage will give opportunities for some character development. Nothing helps to allow for growth like fighting against a giant robot bent on destroying a city.