With Transformers #15 by Brian Ruckley, Anna Malkova, Bethany McGuire-Smith, Joanna LaFuente, and Josh Burcham the series feels like it is capturing what it has been missing. What is the element does this issue bring to the table? A familiar side of a character.

A conspiracy unravels. The Autobots race to restore order. Megatron reaches his breaking point and Shockwave finds himself broken. There are no more Ascenticons. There is no more Rise. There are only… The Decepticons. 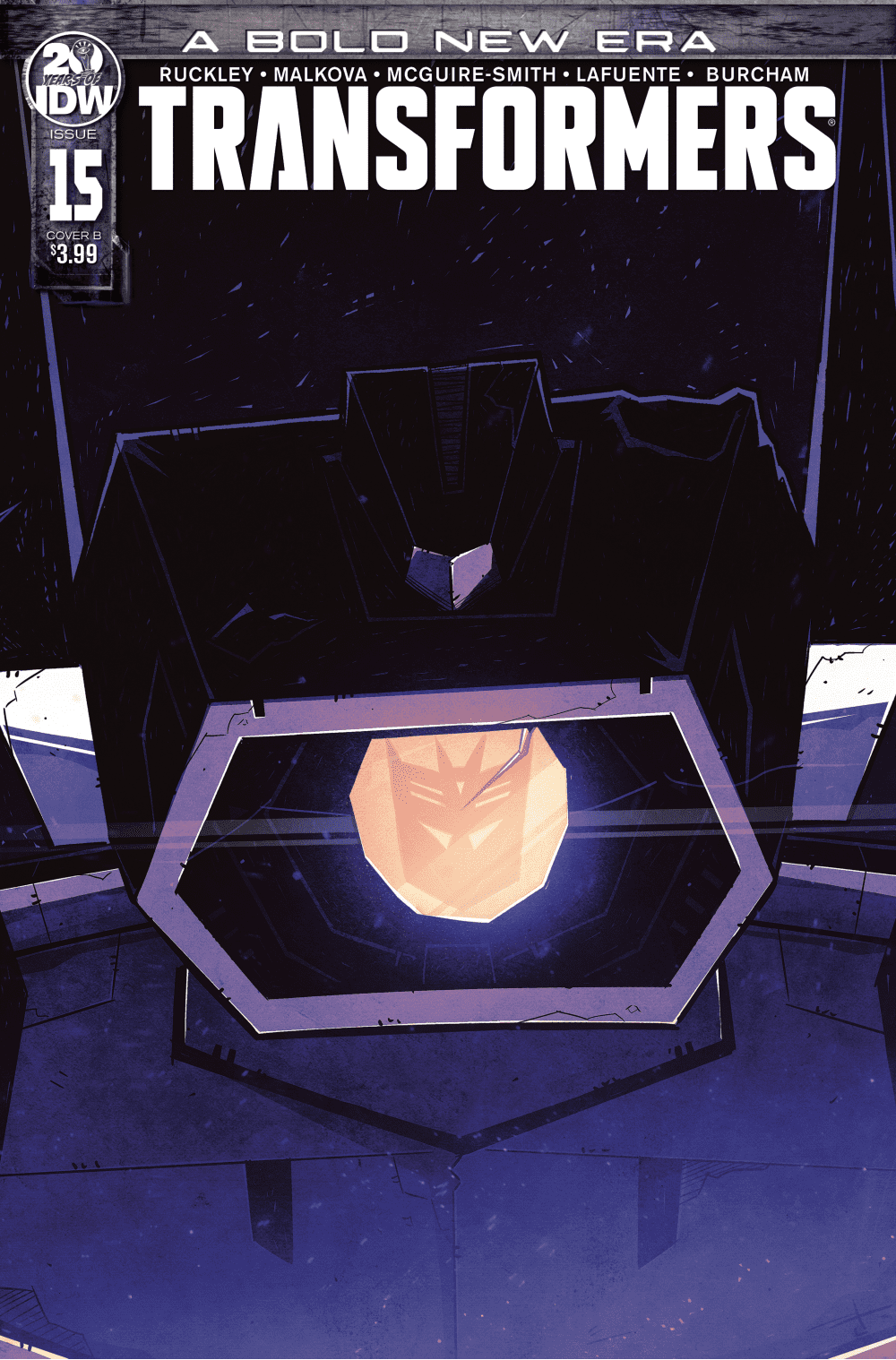 This issue helps to establish the backstory of a very popular character. With this new series, there has been a lot of re-introductions of familiar characters. Here, the origin of Megatron is put on full display for the audience to see. Again the origin featuring Megatron and his journey from a miner to a gladiator, and finally as the leader of the Decepticons is put on display. It comes as a comfort to see the detailed origin of the character has survived in this new series.

Brian Ruckley also makes sure to cement one of the most distinguishing aspects of Megatron by putting his rage on display. To showcase to Shockwave who is in control of the situation, Megatron is quick to show he is without a doubt the leader of this new movement. It’s impressive to see and showcases the side of Megatron which made him so interesting to read in the previous IDW series. 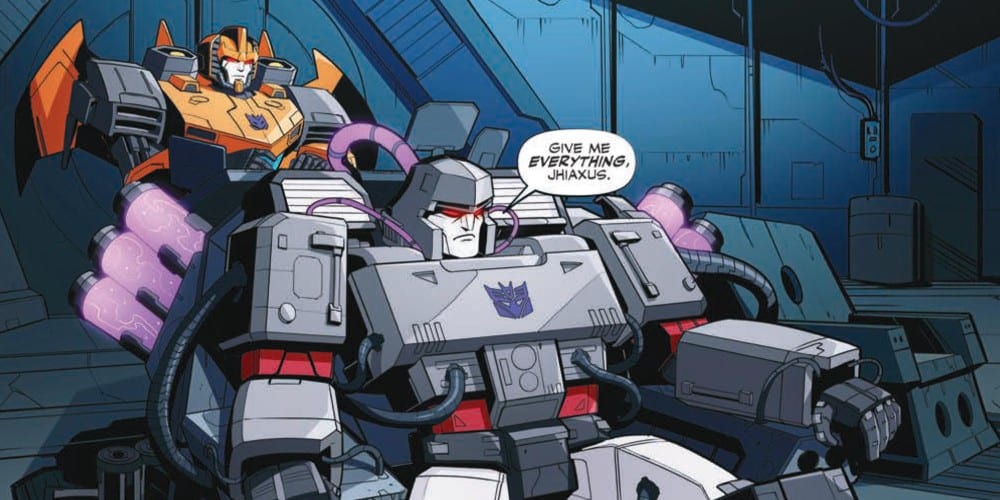 This issue uses a mixture of two different art teams in a very artistically pleasing manner. With Anna Malkova on art and Joanna LeFuente on colors, the modern moments of the story play out. The pair bring a very powerful moment forward as Megatron realizes the only way to get his point across is with his fists.

Meanwhile, with art by Bethany McGuire-Smith and colors by Josh Burcham, some very powerful flashbacks are put on display. Megatron and his intense struggle to prove his worth is played out with some images. Though simple at times, these panels showcase the ever-changing world Megatron has to conquer. 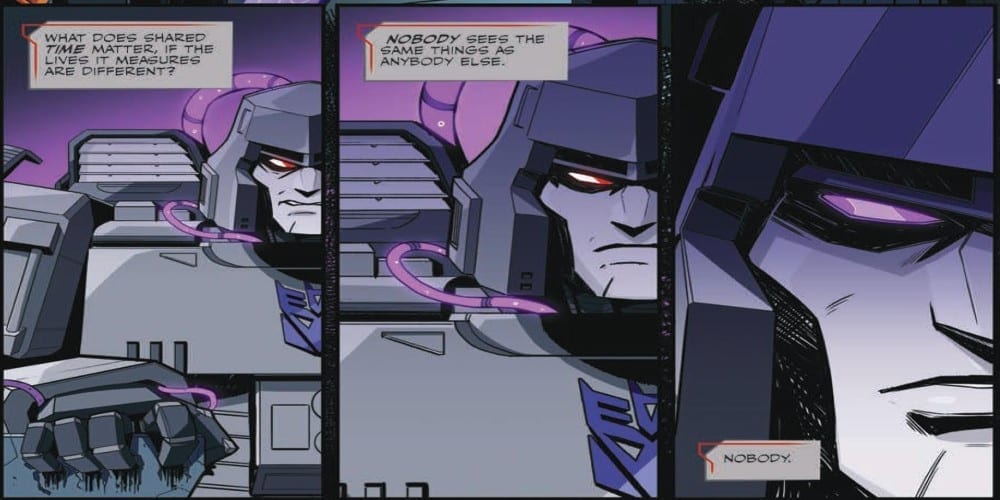 With the letters by Jake M. Wood the issue has a great sound to it. From helping with the transitions between two time periods and aiding with a delivering of powerful blows with a fight scene the lettering is in peak performance.

Though the initial plot introduced of the murder of Brainstorm has yet to be solved, it is good to see the series still has potential. Transformers #15 finds a way to revitalize the interest in the comic and make the reader want to read more. Hopefully, this newfound potential will be squandered in the next issue.

An intriguing issue focusing on Megatron with some incredible art to leave a great impression. Review: TRANSFORMERS #15 Reintroduces The Best Parts Of IDW’s Megatron