The latest issue of Tony Stark: Iron Man from Dan Slott and Christos Gage offer further evidence of what fans can expect with the upcoming Iron Man 2020 event. Just as much as the new series has promised to be a major change, this issue proves those around Tony may have to do some deep reflection in the future.

Tony, now fused with his armor unintentionally, must face Pym Ultron with Rhodey, Jocasta, and The Wasp by his side. 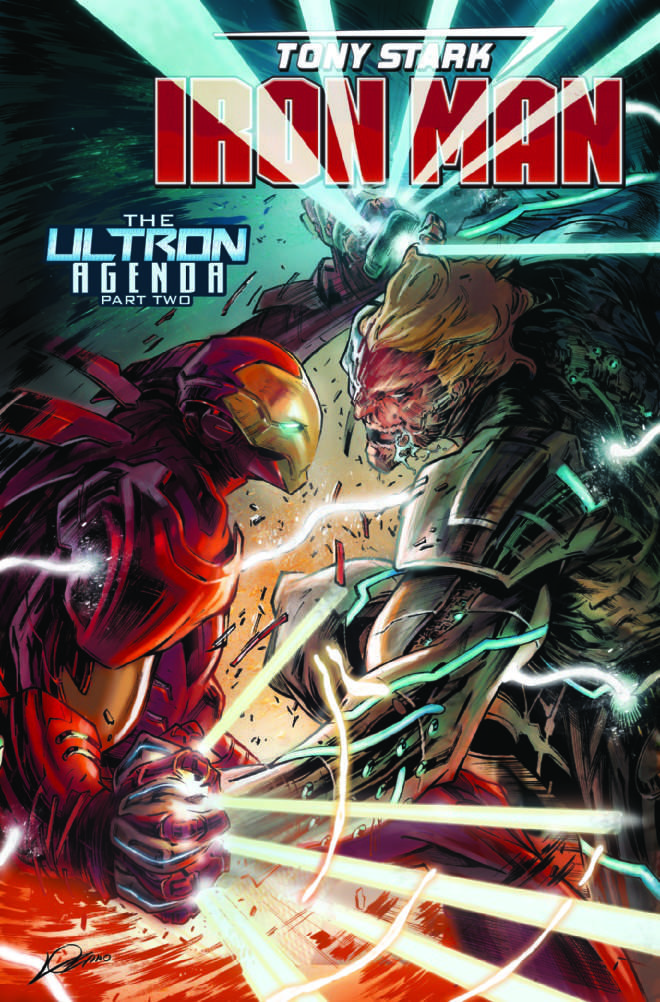 There are a lot of great behind the scenes moments here. As Tony struggles to deal with his condition after the previous issue, his team at Stark Unlimited is working hard to try to counter Ultron’s plot to turn the world into a cyborg horde he can control. Prompts once again to Dr. Shapiro, the talking cat who is such an entertaining character to read. If there is another Pet Avengers series in the future, Dr. Shaprio and his giant robot have to be in it.

Dan Slott and Christos Gage seem to have a plan in mind where they are taking the series as it journies towards Iron Man 2020. Rhodey finds himself having to fend off the rampaging onslaught of cyborgs trying to tear him apart and has to make some hard choices to survive. Given how things are going to flip very soon for the characters surrounding Iron Man, it would not be at all surprising if the decisions he made in this issue follow him into the new storyline. As long as this level of depth is kept with the writing moving forward, fans will have nothing to worry about. 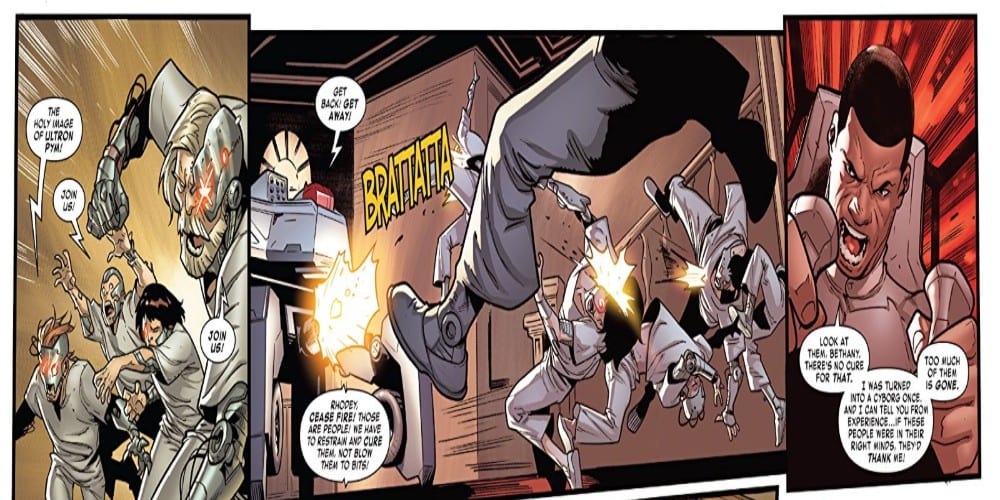 The artwork by Francesco Manna offers a great sense of the destruction taking place in the course of the fight. Explosions, property damage, and equipment getting toasted are all on display. Manna is making a point to show just how much of a threat Pym Ultron is and succeeds in an impressive way.

The colorwork by Edgar Delgado helps to highlight not only the damage done in the battle but also nails the inhuman aspect of Pym Ultron. The creepy color radiating from his body is unsettling and makes it abundantly clear, even though part of him has the face of a former Avenger, this creature should be feared. 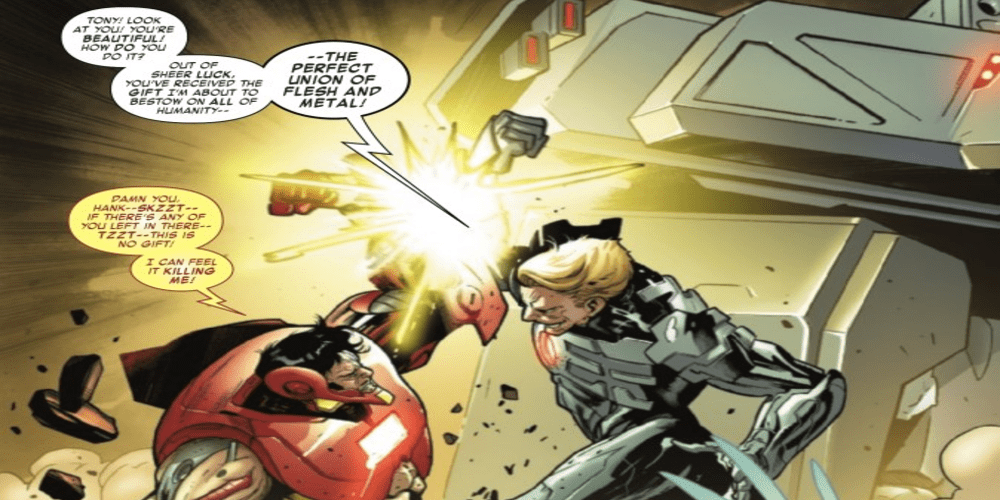 With VC’s Joe Caramanga on lettering a lot of great flow to the issue. Between great dialogue and adding the right effects to help the action flow, Caramanga adds to the overall fantastic quality on display with this issue.

Tony Stark: Iron Man #17 may seem like a senseless battle issue but the reader needs to look a little deeper. Events are being set in motion which are going to affect the cast on a larger scale. Ultron may be the catalyst for all the big changes which have been rumored to be coming just around the corner.

Character are pushed to the limit but still showcase hints of a plot to be addressed at a later date. Anthony WendelReview: TONY STARK: IRON MAN #17 Has Rhodey Make Some Bad Choices