Review: Tim Learns About Sacrifice In BOOKS OF MAGIC #17

BOOKS OF MAGIC #17, available in comic book stores on Wednesday, February 26th, shows readers the full extent of future Timothy Hunter’s unsettling power. Ms. Rose and Detective Celia Culpepper, while attempting to track the Tim of the present time, notice a rift in reality that attempts to form in their office. They quickly realize that the rift was Tim, so they decide to enter the breach. But do they know what they’re jumping into? 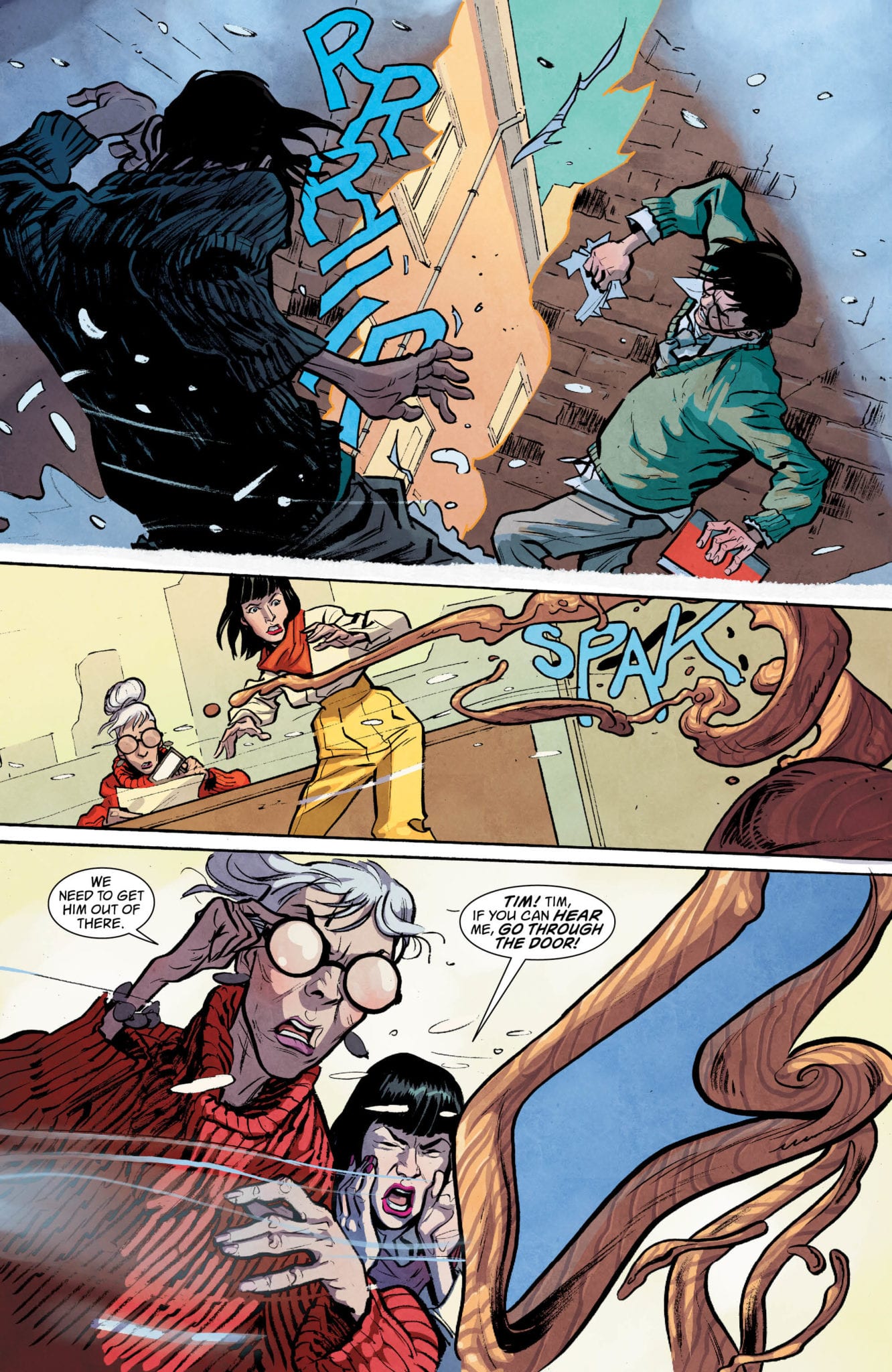 Tim is at a loss, both literally and figuratively. He’s been wandering a frozen wasteland for what feels like weeks, trying to stay alive while avoiding his future self; the doppelganger wants to enter Tim’s reality, and the book of magic in the boy’s possession is the key. Knowing this, Tim considers using it to escape from the dimension. 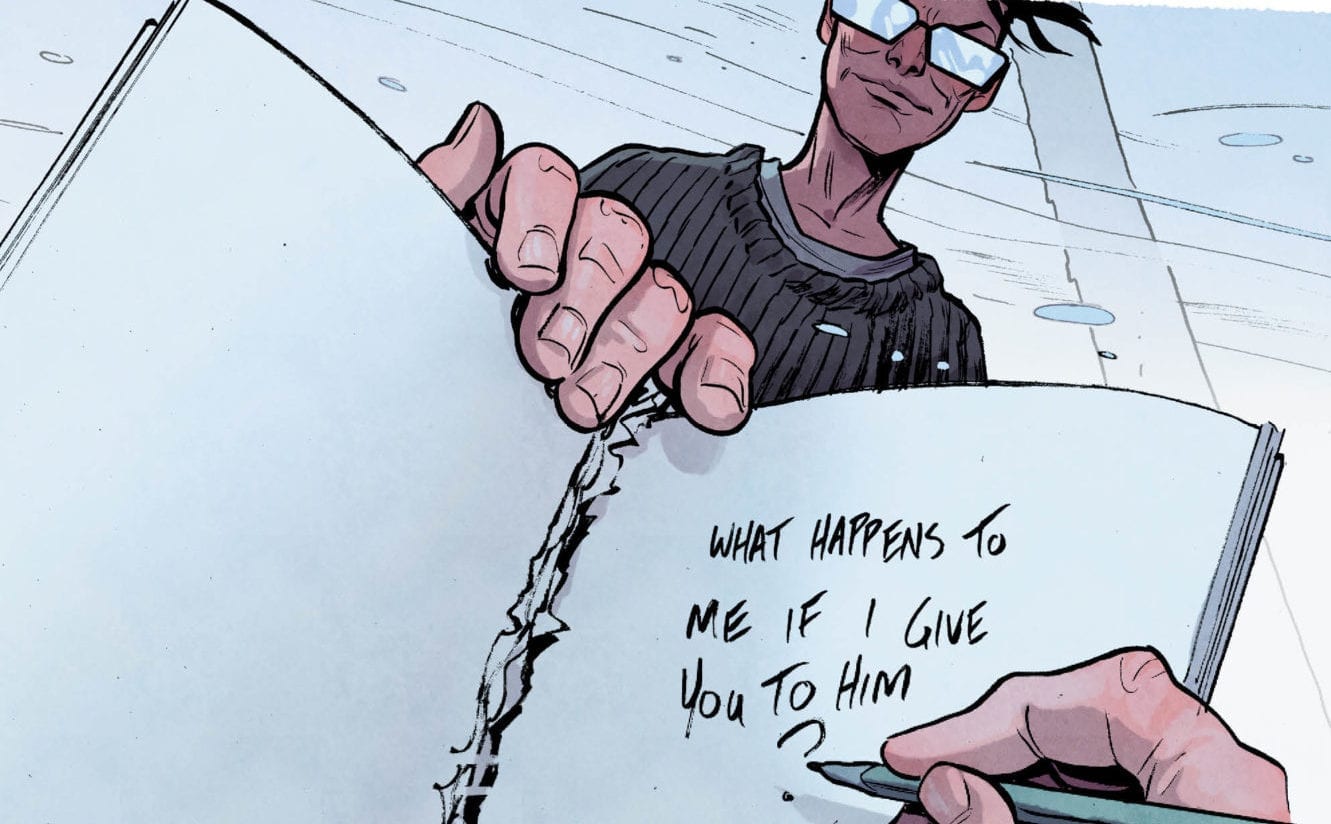 However, he soon finds what would happen if the book fell into the older Tim’s hands. And it’s a risk the young wizard finds he’s unwilling to take. 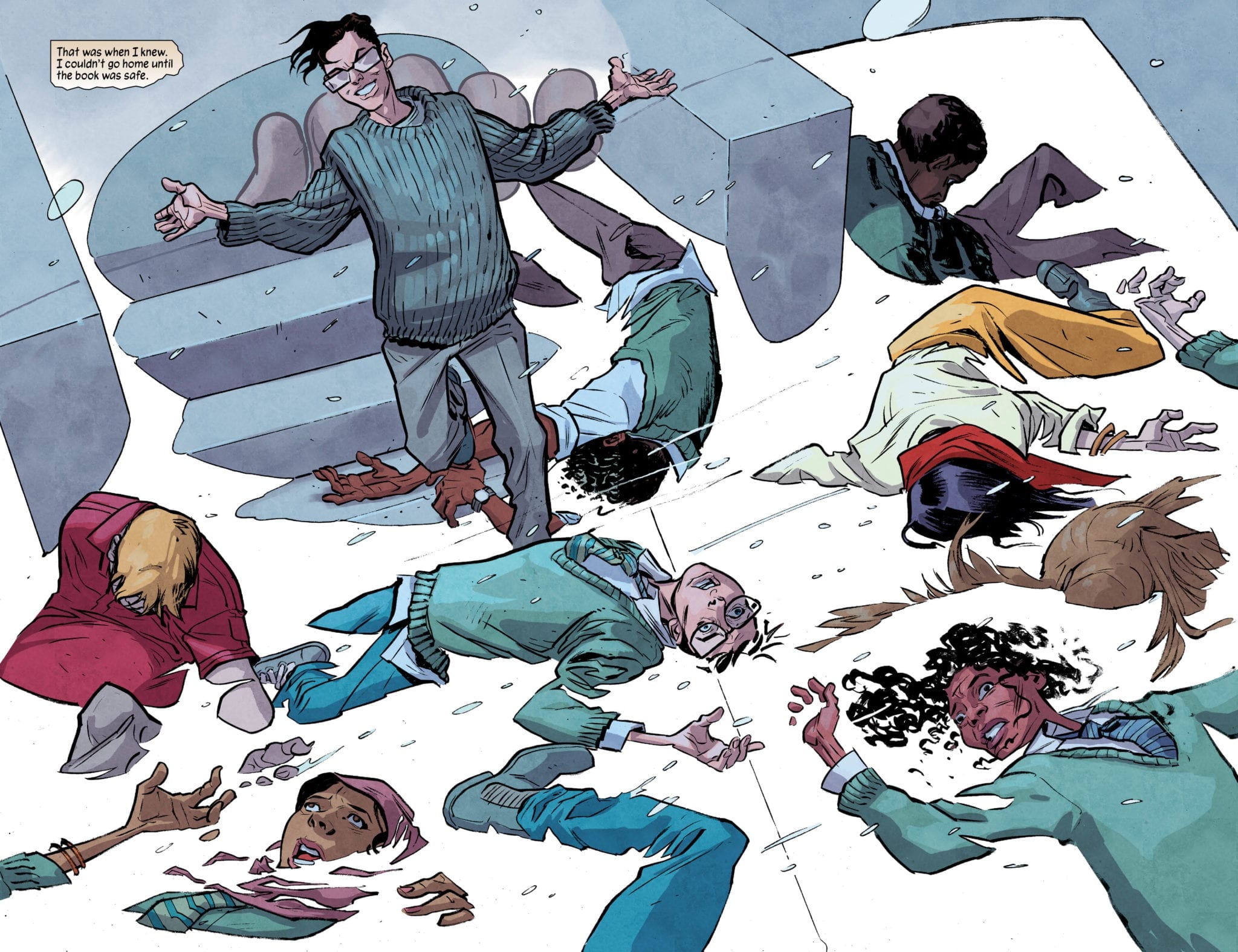 Kat Howard’s writing shows a side of Tim readers aren’t used to, focusing on his selflessness instead of the usual attention to his recklessness. His refusal to endanger his friends connects us with the character at our deepest understanding of integrity. It reminds us that even those who are less than perfect can become moral exemplars.

Tom Fowler’s penciling and ink work, Marissa Louise’s coloring, and Todd Klein’s lettering walk readers through the unsettling nature of the narrative’s alternate reality. The snow-capped landscapes and buildings and highly detailed magical effects show the many possibilities in this dimension. A variety of lettering styles interspersed throughout these scenes to add to the dynamic nature of the story’s events.

Kai Carpenter’s cover depicts Tim slowly sinking into a tar-like substance, with multiple hands trying to grasp him. This represents the multiple parties attempting to control the young wizard’s destiny.

BOOKS OF MAGIC #17 takes readers on a journey through Tim’s war with himself (quite literally). Only time will tell if he’s able to prevent his monstrous alter-ego from harming his loved ones.

Where do you think has landed himself? Let us know in the comments below!