Review: These Robots are Not Alright in THE KILL LOCK #1

Transformers artist Livio Ramondelli brings an engaging new premise to bear with “The Kill Lock” #1. An intriguing plot, smart dialogue and top-notch artwork make this a definite must-read going into the new year.

Each found guilty of an irredeemable crime, four robots find themselves banished from their homeworld and bound together by the Kill Lock-a programming link that means if one of them dies, they all will. Now a soldier, an addict, a murderer, and a child find themselves forced to protect each other while in search of a cure to survive. 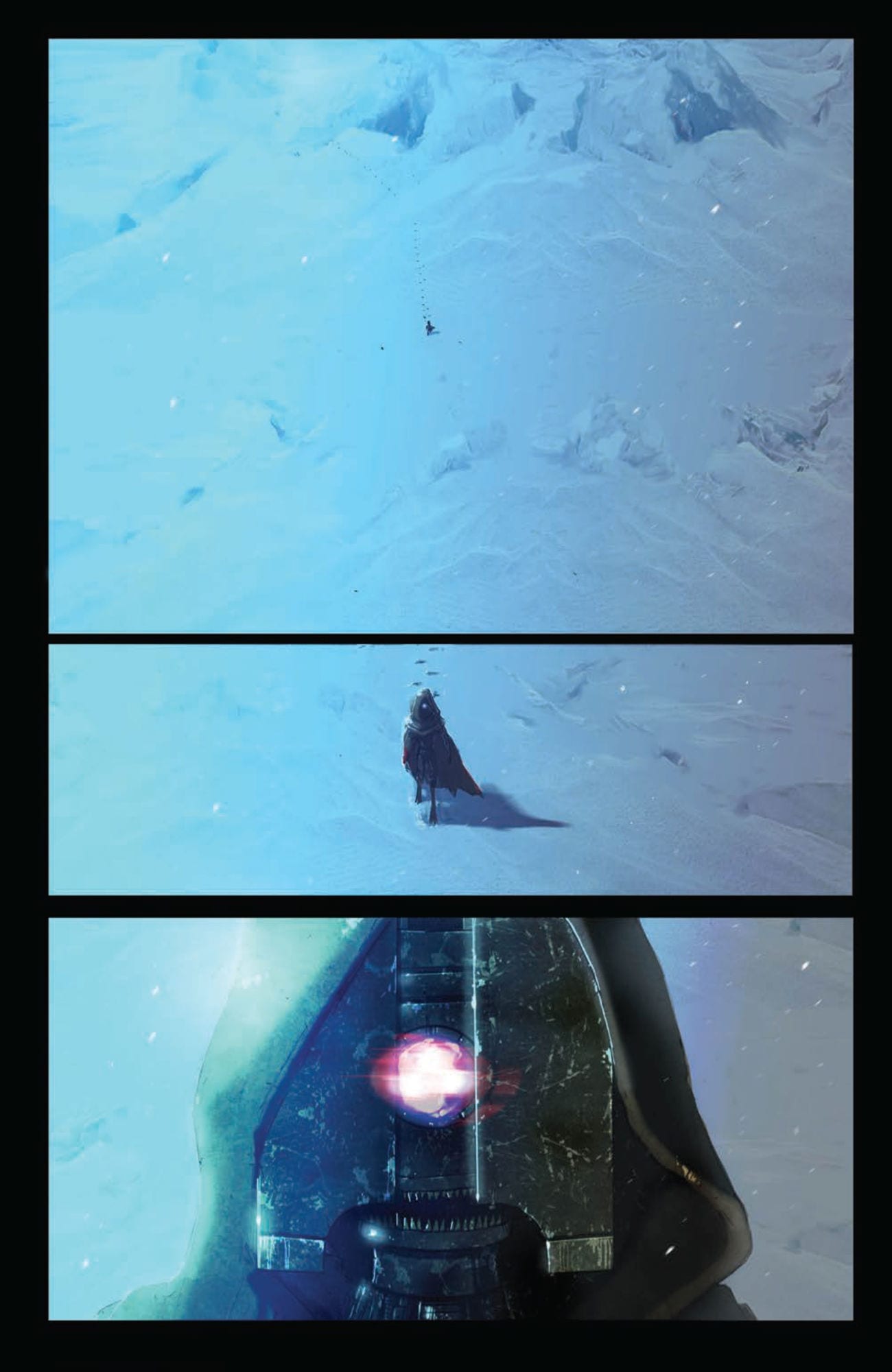 Livio Ramondelli proves himself to be creatively multitalented on “Kill Lock.” The Transformers artist shows off his narrative capabilities with a killer original premise, tense pacing and excellent dialogue. The advantage of having a knowledgable artist write a comic is that the art is often made to speak for itself. There’s no overhead narration here. Every bit of storytelling is delivered through just the art or through character interaction. The dialogue here is (ironically) organic and varied among the four main protagonists. This works wonders in making the audience relate to a set of characters who aren’t even human. The plot also is very matter-of-fact about its presentation. There is no narrative discussing how this reality of human-like robots came to be. It just is what it is. It’s a courageous storytelling move that pays off in spades here. 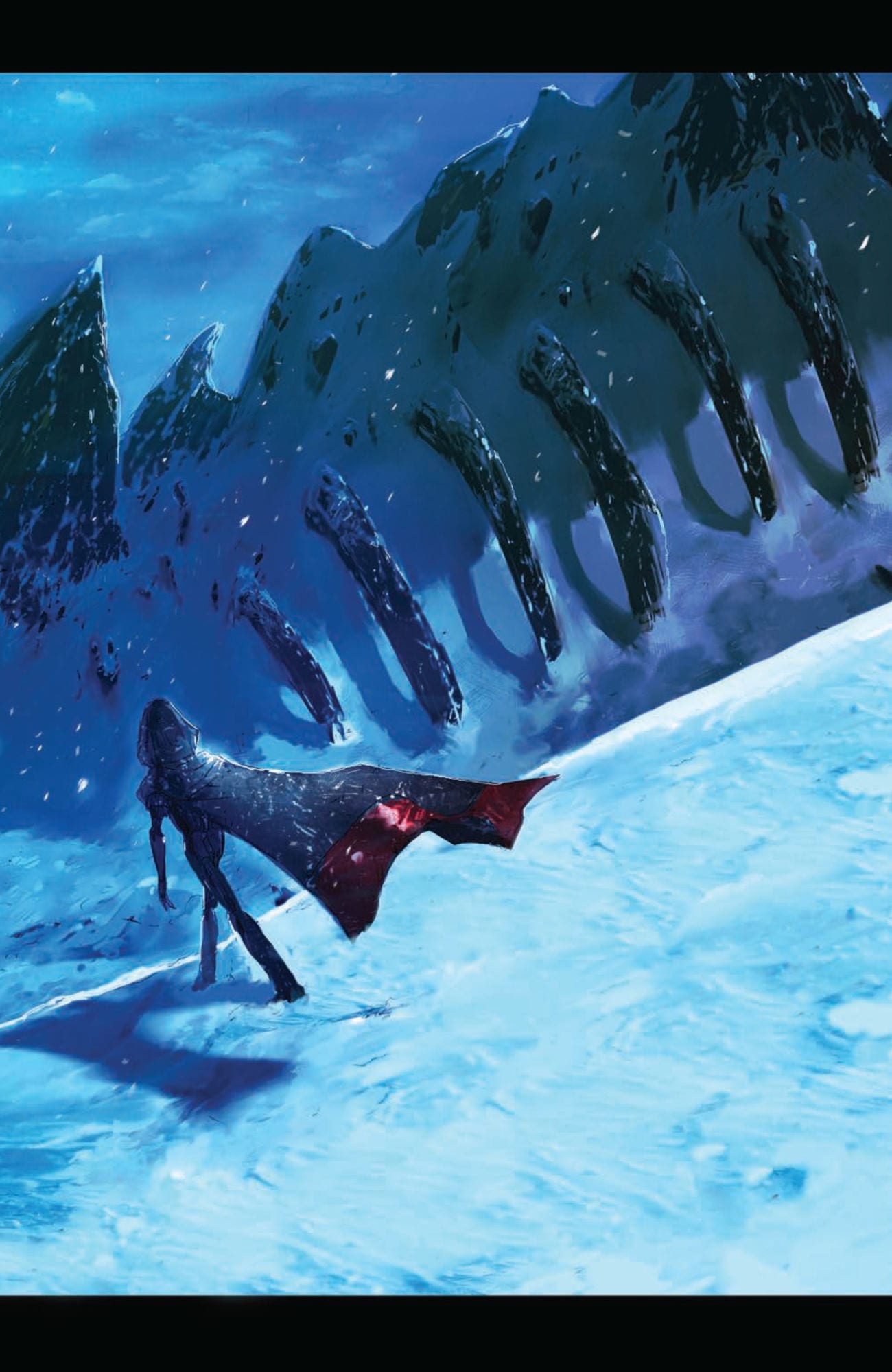 Ramondelli’s art here in “Kill Lock” #1 is some of the most stellar work seen in comics this year. The amount of detail in the environments and robotic characters is staggeringly gorgeous. The oppressive blizzard of a planet the quartet finds themselves stranded on looks as though it were crafted from a hybrid of nature documentary and sword & sorcery landscape. The robots themselves are all given distinct and memorable designs with their own sets of features (as much as these machines can have them). Their metal exoskeletons are pocked with scratches and dents to their paint. The hydraulic lines that make their musculature can be seen on some shots, making them anatomically eerily similar to humans at times. The lettering from Tom B. Long as well is fantastic, as each character is given their own font that matches their tone; from The Child’s innocence to The Soldier’s stoicism. Every aspect of the design going into this comic is phenomenal. 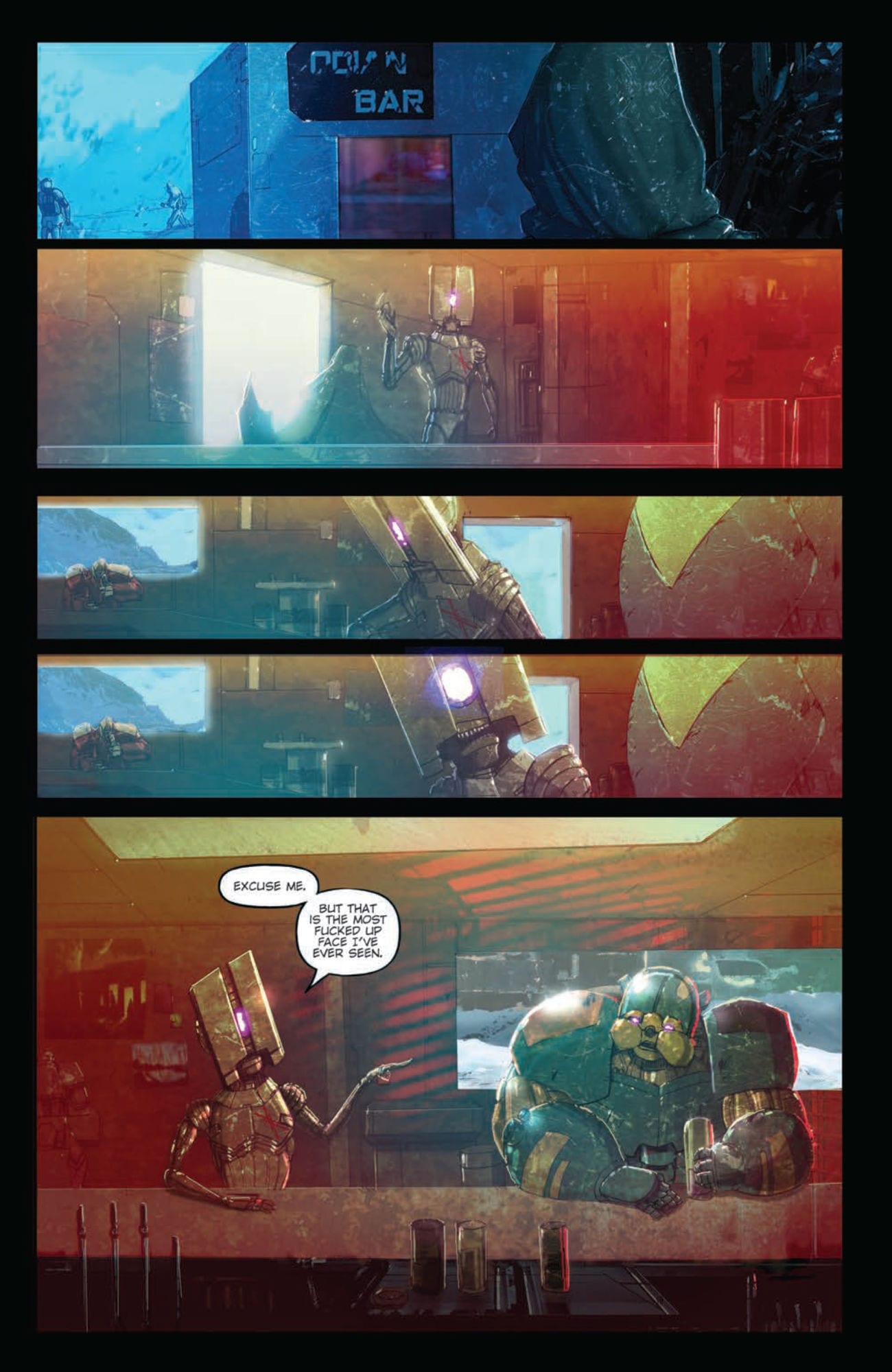 “The Kill Lock” #1 is a brilliant debut to one of the most promising series going into the New Year. Livio Ramondelli proves his storytelling talent with a unique premise and excellent narrative technique. The artwork is breathtaking and brings this oppressive atmosphere and these characters to life in an immediately engrossing way. Be sure to pick up “The Kill Lock” at your local comic shop this week.

Livio Ramondelli surprises with an original and intelligent first issue of a highly promising new sci-fi series.Review: These Robots are Not Alright in THE KILL LOCK #1