Review: We Could Use a Few More Pages for THE QUIET KIND

In many ways, The Quiet Kind by Chuck Brown, with art by Jeremy Treece and Kelly Williams, is an inversion of the clichéd “chosen children get superpowers” trope.

The 64-page one shot features two stories. Our main tale focuses on a group of kids granted godlike powers by a guardian of the Flame of Reality. Her motives in doing so, however, seem immediately sinister in nature. The second, much shorter story, offers a glimpse at the guardians before they’re granted their roles.

Brown presents an intriguing idea for his story in The Quiet Kind. Our protagonist, Solomon, is a shy and angsty kid suffering from pretty vicious bullying. He turns the tables on his tormentors, though, once he’s granted his powers.

Revenge—and whether one can really turn away from the desire for revenge—is a dominant theme here. It’s handled in a surprisingly complex manner given the story’s setup. We see multiple characters struggle with the same choice between revenge and destruction, as opposed to forgiveness and survival.

Beyond the concept and the revenge fantasy, though, the story has some issues. The characters inhabit a fascinating world in The Quiet Kind; the problem is we only get a glimpse at it. We don’t really know much about these supernatural forces, who they are, or what motivates them beyond protecting the Flame. The Fox’s desire to destroy everything, for example, seems to have little motivation beyond a nihilistic death drive. I’m not saying that a writer must thoroughly explain every inner working of their world. However, readers need to have enough to get them invested and interested in the story’s environment.

For a book about the nature of revenge, the characters are surprisingly lacking in empathy and pathos. Sure, our protagonist gets bullied, but his revenge is so over the top, it’s to the point we can’t empathize with him. We have little to go on with the other characters, most of whom remain pretty flat throughout.

Ultimately, the story and themes in The Quiet Kind seem like they could have been much better served if written in graphic novel format. This would have allowed Brown to expand on and flesh out the characters and the story itself. It’s a story that feels like it should be much larger than what we have here. 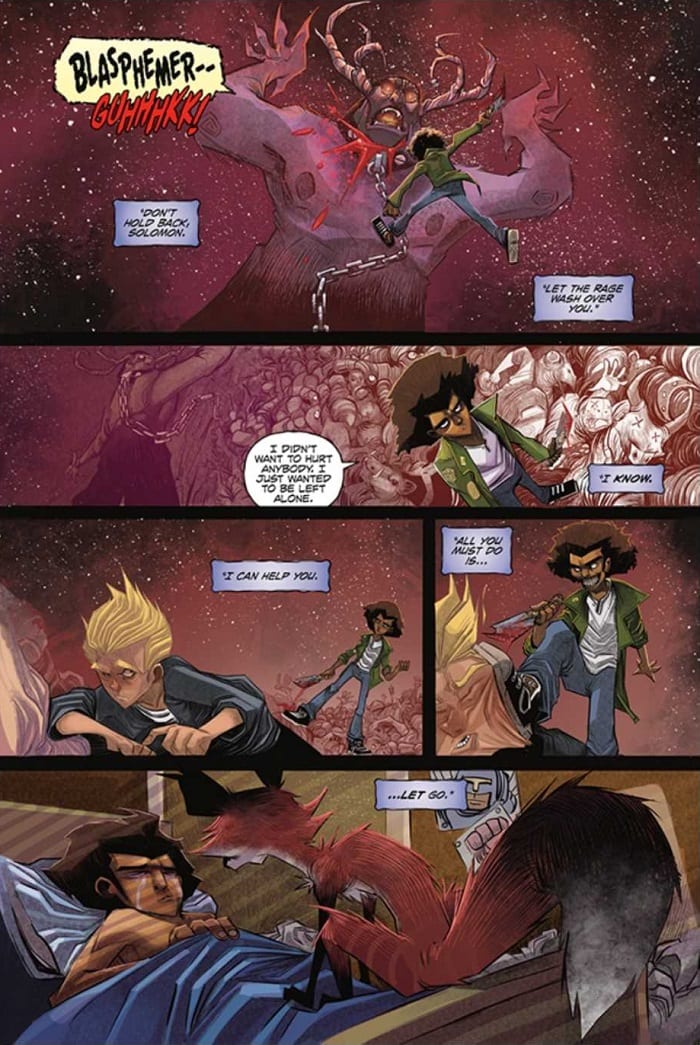 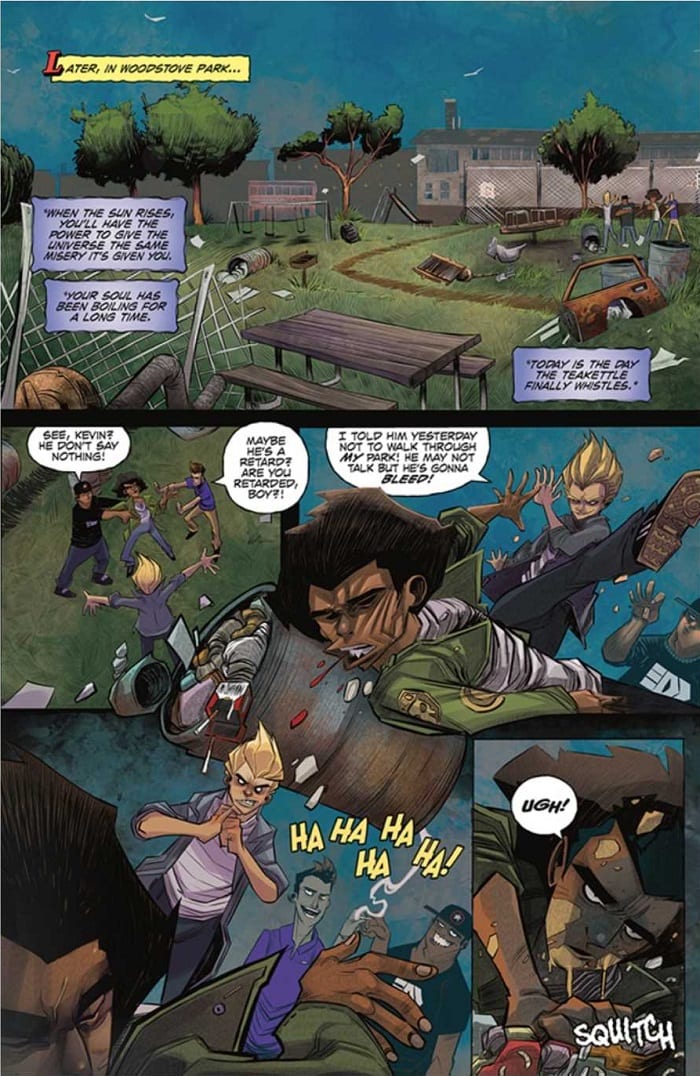 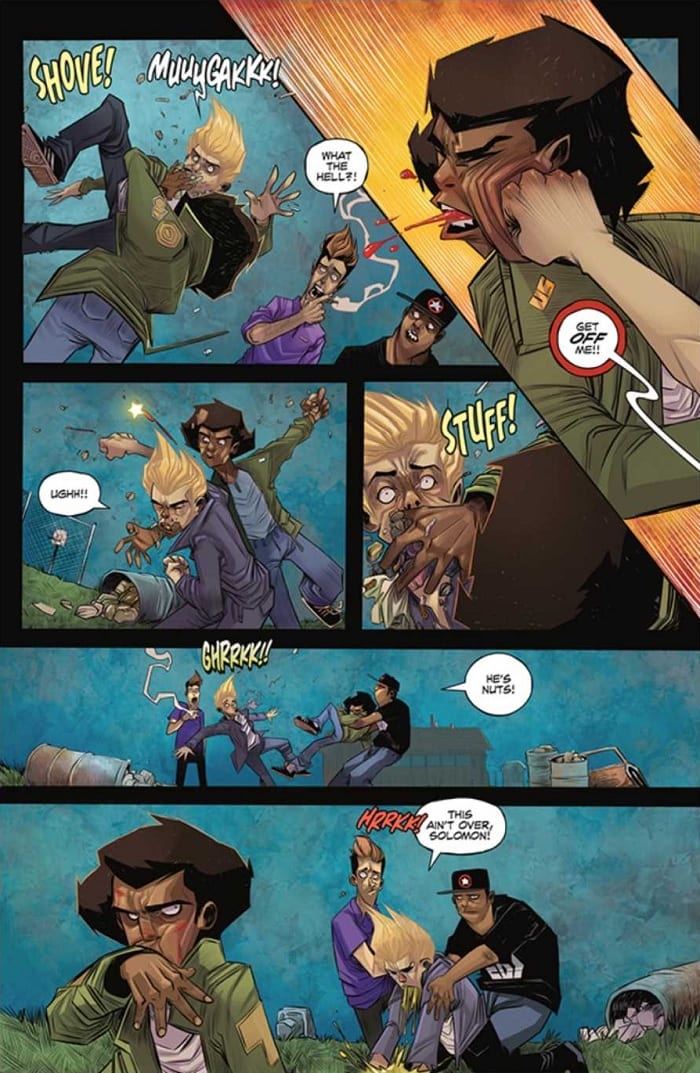 Treece and Williams both turn in quality artwork for the two narratives in this volume.

Treece’s work on the main story in The Quiet Kind is angular and expressive. His illustrations have a unique, stylized feel that hint at varied influences, while still making the images feel fresh. I’m not completely sold on the more cartoonish character designs. However, the artist presents them with enough flair and confidence to make it work. It’s lively, vibrant, and really helps bring the storytelling to life.

Williams’s illustrations, in contrast, are softer and more ethereal. There’s a delicate, poised sense of refinement to the work, with a hint of a surreal undertone. While both artists’ use of color is excellent, Williams steals the show in this area, producing some truly breathtaking images.

Overall, the artwork in The Quiet Kind is what really steals the show.

The Quiet Kind is a decent story as is, but the premise promises a lot more. It’s a shame it wasn’t given more space to really unfold and explore its themes, characters, and world. Want to decide for yourself? Check it out at your local comic shop this Wednesday.

THE QUIET KIND is a story with a lot of potential, but it doesn't really deliver on its ambitious premise. One gets the impression this could have been much better-served as a graphic novel, thus giving the writer enough space to flesh out the story. Regardless, the artwork on its own is excellent.Review: We Could Use a Few More Pages for THE QUIET KIND