Review: The Population Grows Backwards in THE CLOCK #1

Writer Matt Hawkins brings to bear the terrors of eugenics and bio-terrorism in “The Clock” #1. This first issue is an interesting start that unfortunately focuses a bit too much on the plot and not enough on the characters.

Within three weeks, hundreds of millions of healthy people worldwide contract various forms of aggressive cancer, and the proliferation, seemingly a viral outbreak, stumps the best scientific minds available. But after a leading cancer researcher loses his wife and watches his nine-year-old daughter begin to succumb to the same illness, he must race against the clock to end a global conspiracy that could propel the world straight into WWIII…or worse. 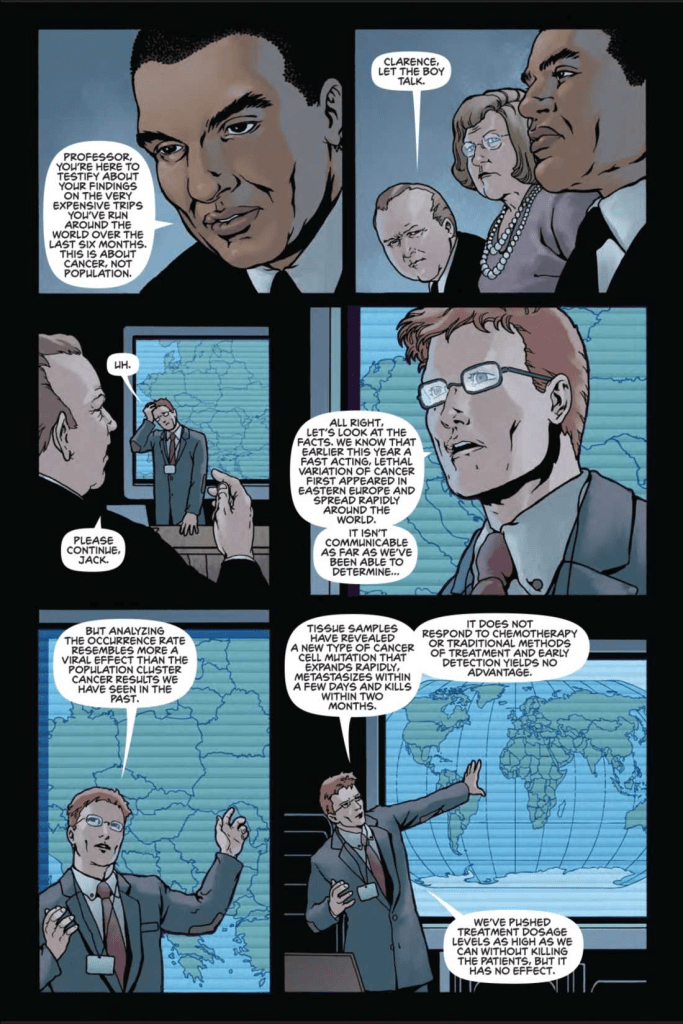 Matt Hawkins‘ script for this first issue of “The Clock” is immensely proficient at discussing the larger plot of this story. However, it tends to rush over its character-focused moments. The premise of a weaponized cancer Hawkins displays here is properly frightening and relatively unique as far as grounded science fiction goes. The writing takes great pains in explaining exactly what the overbearing global issue is in the plot. The sense of urgency and desperation here is certainly felt, even if the writing itself is often a bit clinical. Admittedly, the protagonist being a scientist does a lot to explain this issue. A problem is found however when many of the characters don’t have their own distinctive voice within the narrative. Another problem is that, although the personal issues of the main characters are addressed, any smaller moments are usually rushed past to make room for more jargon. This is likely just a first issue problem, but it does struggle to make the reader care for this cast the way that a good story should. 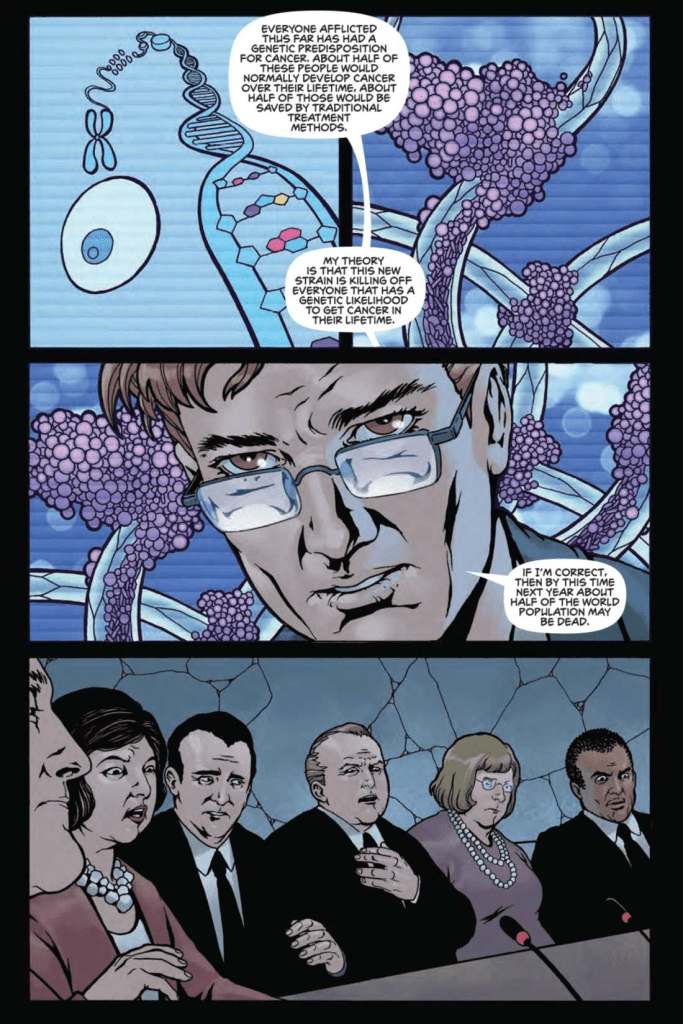 Artist Colleen Doran lends her talents to the artistic creation of “The Clock.” While she is likely known for her more fantasy-oriented work on series such as Neil Gaiman’s Sandman or Warren Ellis’ Orbiter, this issue proves her abilities to create more grounded scenes. The focus of Doran’s art is an ironic opposite of Hawkins’, as all the focus has to be on the characters. Each character therefore is easily discernable and very much human in how they display emotion. The environmental art is suitably detailed for this kind of semi-realistic story. Bryan Valenza’s colors are equally effective in bringing this world to life in a grounded fashion. The visuals are nothing spectacular, but they do their job. 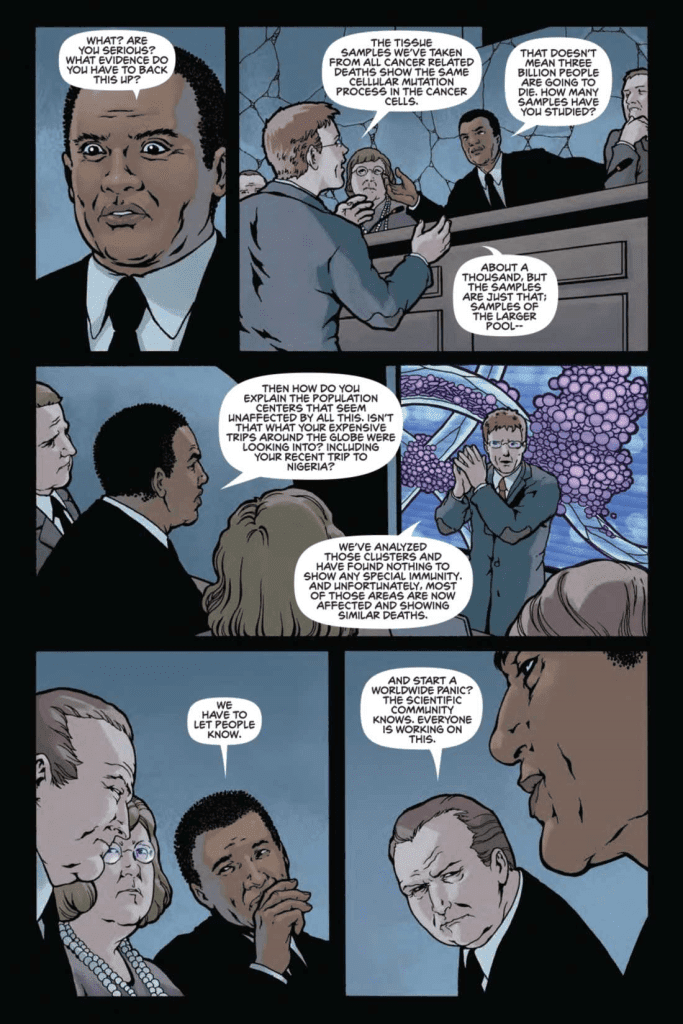 “The Clock” #1 is an intriguing and tense debut issue that is unfortunately just a bit dry. The focus on expository jargon-filled dialogue makes the reading experience less than engaging. The characters are given understandable conflicts and moments of tragedy, but they are often rushed over to get to more of the overarching plot. The art does its job of giving the world and characters life, but it isn’t anything too outstanding. The story itself is genuinely interesting however, so hopefully future issues can iron out some of these stresses.

An intriguing if not slightly antiseptic start to a hard sci-fi mini-series.Review: The Population Grows Backwards in THE CLOCK #1