The Last Session #1 from Mad Cave Studios is out in comic stores on December 1st. This five-issue series by Jasmine Walls, Dozedraws, and Micah Myers features the complex appeals of Tabletop RPGs, from the improvisational theatrics that encourage self-expression, to how this can also cause creative differences between players.

The Last Session On Self-Expression

One of the main appeals of this series is exploring why TTRPGs remain popular and accessible, namely the mix of socialization and improvisation. Just the way the story’s campaigners first meet demonstrates this: They make their failed after-school club into a place of solace from their awkward teen phases. Everyday anxieties like finance, job searches, body issues, etc. give way to a freer feeling of being themselves. Writer Jasmine Walls gives each character some genuine quirks, worries, and views on their role in the game. The way they develop themselves as people even outside of the game fills the reader with the same excitement as the characters.

Which brings us into the titular Last Session. Before our campaigners go their separate ways, they’re ending the campaign that brought them together. The only difference is, the game master Jay’s girlfriend Cassandra joins in as well. Throughout the story, creative differences and how the campaigners play the game clash with this new addition. Readers can’t help but empathize with the initial group of friends when their escape fantasy has a disruption. But readers also can’t help noticing that Cassandra is just trying to express herself as well. The complexities of the plot, characterizations, and the way readers connect them all is astounding. 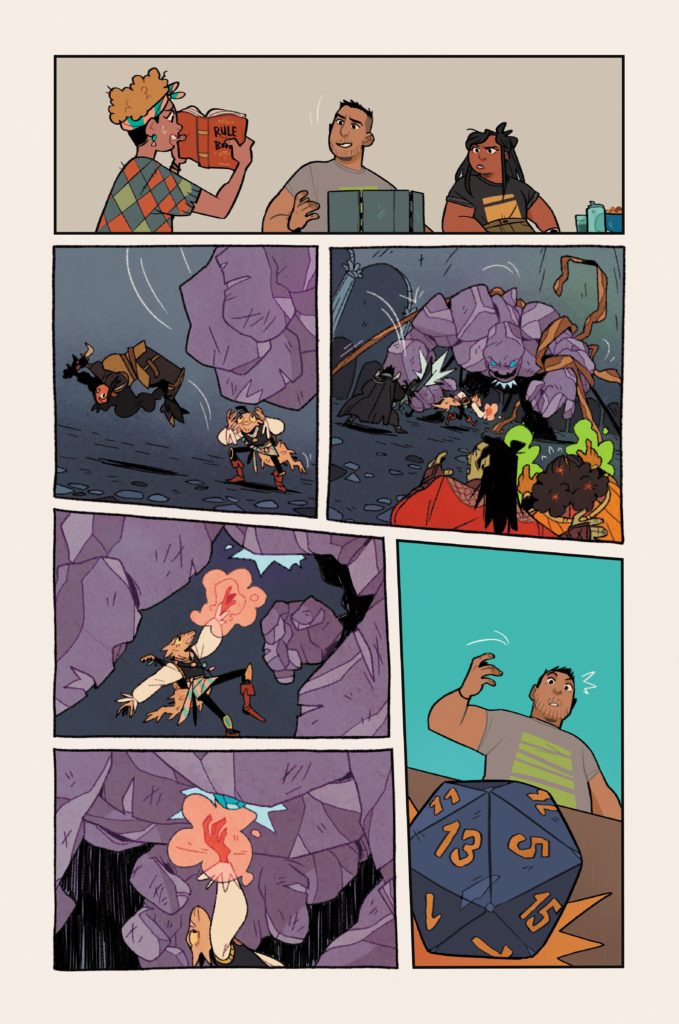 The Last Session features the evocative artwork of Dozedraws. Each character features a unique design that comes with expressive body language. For example, Cassandra’s in-game character Kezz features highly exaggerated facial features in every scene she appears in. This combined with her brightly colored complexion and cheery outfit match Cassandra’s bubbly self in the real world. Which is to say nothing of how Kezz stands out amongst the fantasy world full of dark dungeons. All in all, both Cassandra and Kezz steal every scene they appear in.

The lettering by Micah Myers reflects the personalities of some of the characters. The color-coded captions, for example, feature caricatures of whoever is speaking in real time. This makes it easier for readers to identify characters as they switch between the real world and fantasy world. That’s not even including how some characters express excitement in the form of word graphics. Or how one surprise character speaks with an entirely different word balloon and font to everyone else; it makes them feel like they’re on an entirely different level from the campaign party.

Gather ‘Round For The Last Session 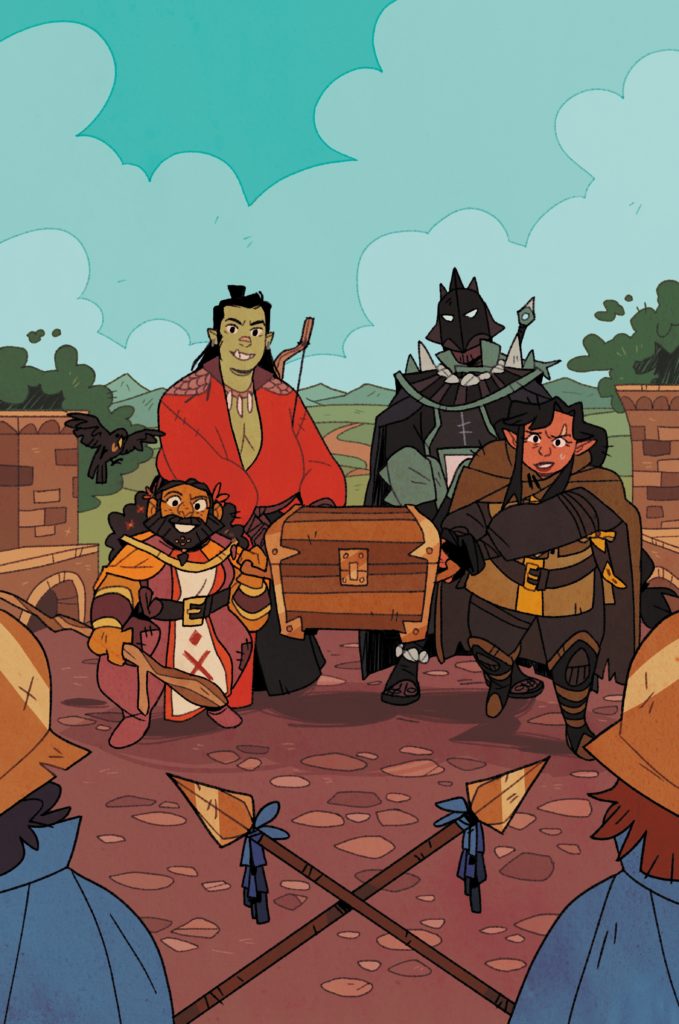 The Last Session is a series full of surprises with how each character interacts. The series feels like it genuinely captures the highs and lows of TTRPGs. While creative self-expressions are always a welcome escape from real world problems, they can also lead to creative differences. But it’s the way these challenges are overcome that each character has a chance to develop outside of the game.

The Last Session captures the appeals of TTRPGs through its characterizations, the organically developing plot, and the complications of creative self-expression.Review: THE LAST SESSION Showcases Creative Differences In Tabletop Gaming