Review: THE GREEN LANTERN #6 And What It Means To Be A Protector

Grant Morrison left Hal Jordan in quite a pickle at the end of THE GREEN LANTERN #5. Countess Belzebeth charged with the final Blackstar initiation task of murdering his colleague Adam Strange, Rann’s hero and protector. Will Hal succumb to the demands of the militia and kill an innocent man? Or will he manage to escape Controller Mu’s grasp?

The story picks up with last issue’s intense staredown between Hal and Adam. The former Green Lantern requests a fair fight, so Belzebeth takes the two to an open field and offers Adam his weapon. One is reminded of the American and European duels from ages past as the two warriors stand back to back and take their ten paces. 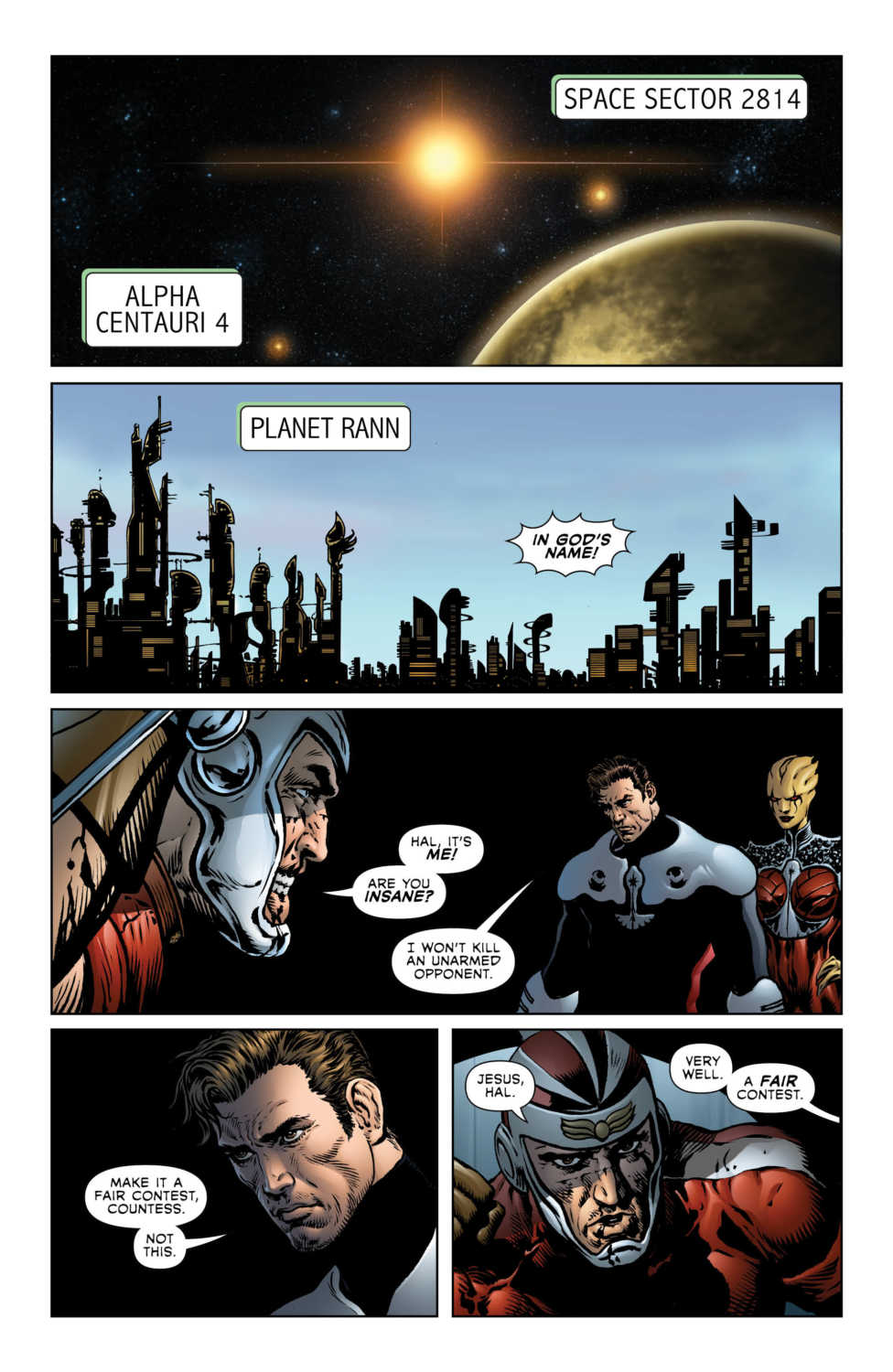 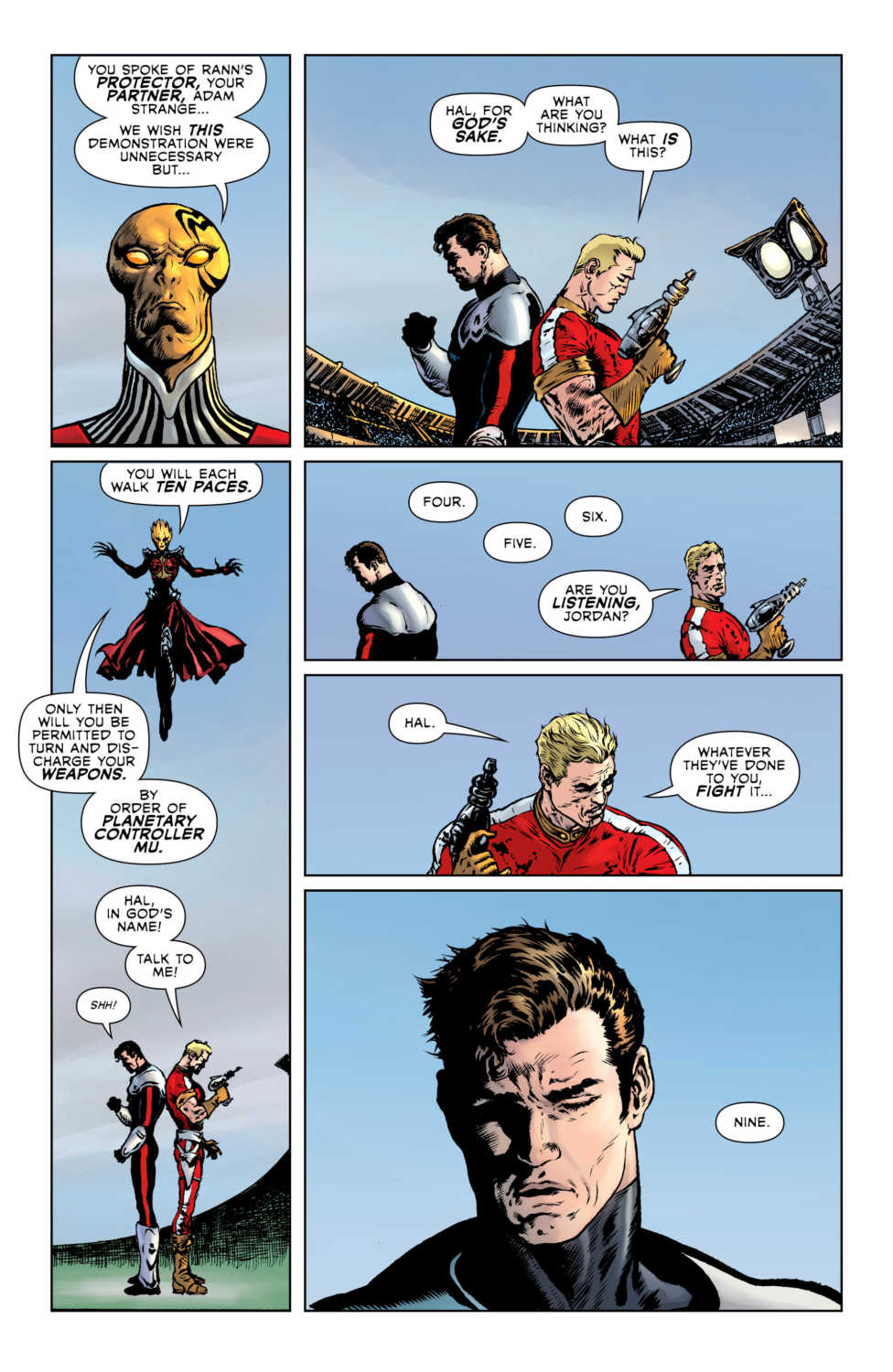 Morrison does a fantastic job of providing space for the reader’s anticipation to build. We watch as Adam pleads for his life and family, even hearkening back to their lasting friendship as members of the Justice League. But the line that hits the hardest is his wife Allana’s indictment of Hal’s status as their policeman, sworn to protect Rann’s people. This inevitably conjures up real world incidents of police brutality and corruption in the reader’s mind.

How are the people supposed to trust anyone when their own protectors turn on them? What happens when we can no longer trust these protectors? 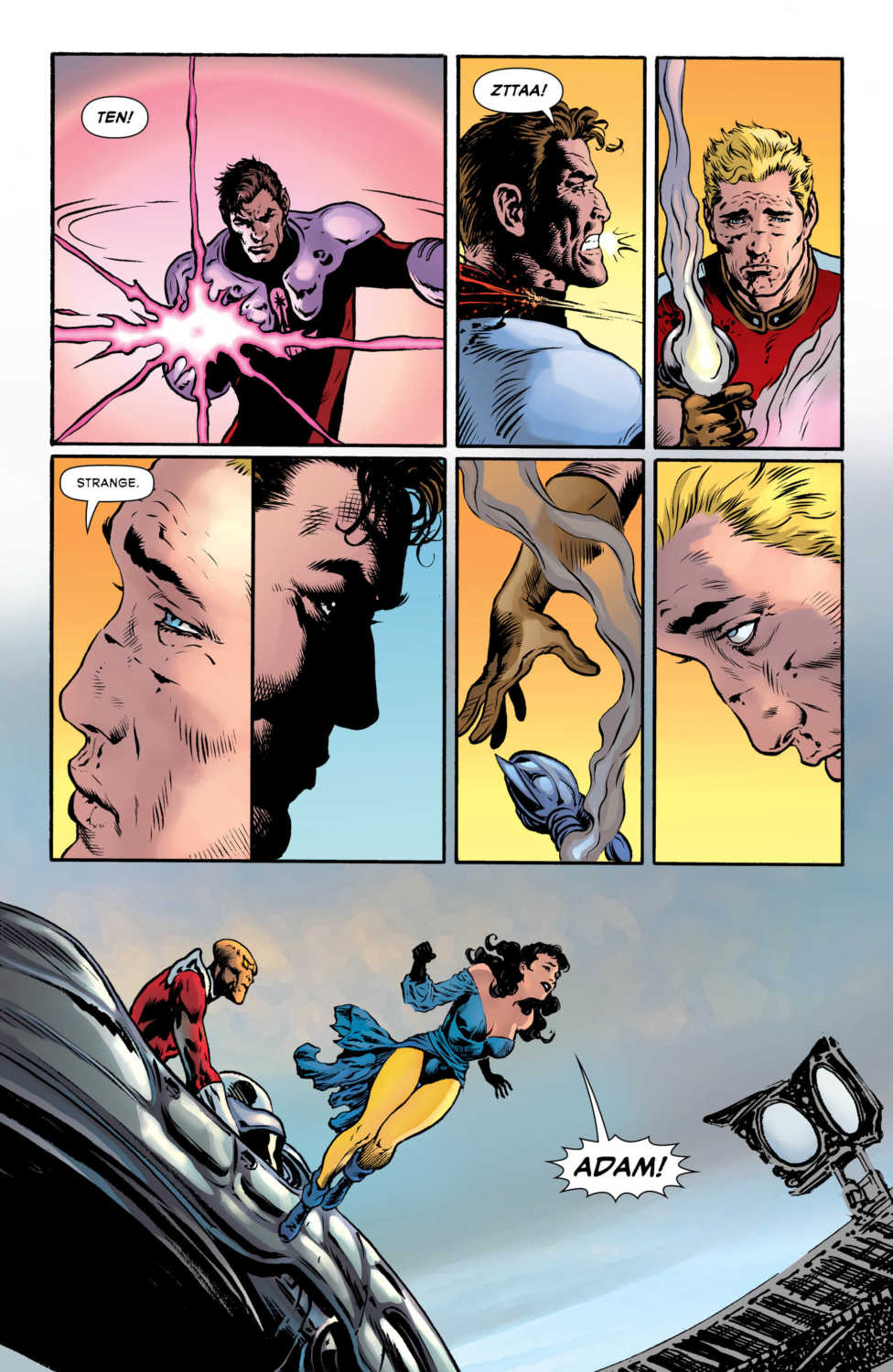 Readers will be on the edge of their seat as Hal attempts to make an impossible decision. They will finally see if he rejects his status as the universe’s protector or succumb to the demands of Mu.

The main cover for GREEN LANTERN #6 showcases the best of Liam Sharp’s penciling and Steve Oliff’s coloring. Both Hal and Adam are drawn with incredible detail, highlighting each hero’s toned muscles and sleek battle equipment. And Oliff’s coloring makes these characters pop off the page with the bright red, yellow, and green inks.

Lucio Parillo’s variant cover focuses solely on Hal and the cosmic nature of his quest, surrounding the Green Lantern with celestial bodies. 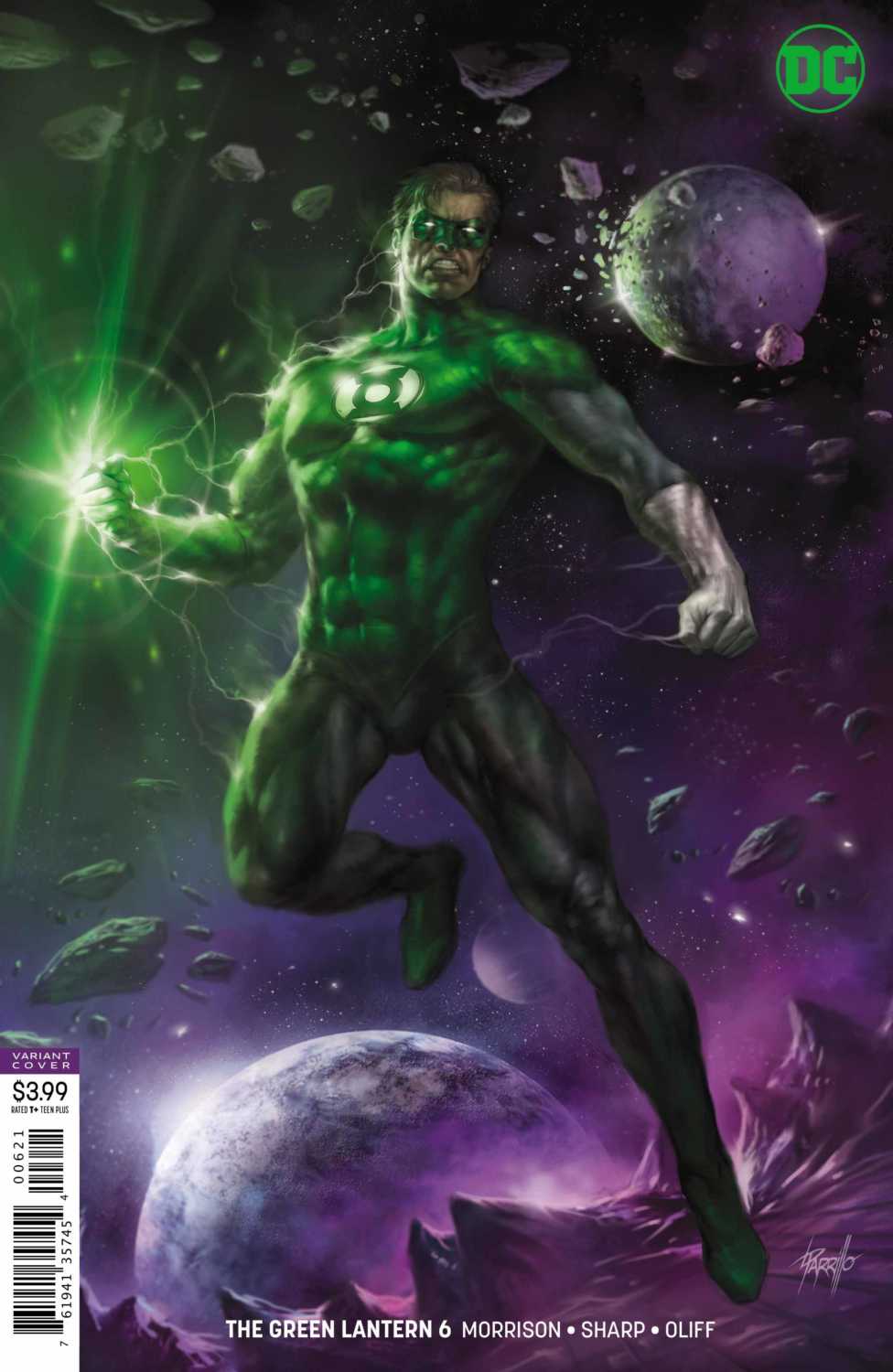 Sharp, Oliff, and Steve Wands pair amazing artwork with Morrison’s equally amazing writing. Sharp’s penciling gives definition to the characters across the ever-changing landscapes across Rann. At the same time, Wands’ lettering helps frame these characters, using font styling adjustments to distinguish each character’s speech. And Oliff’s coloring, much like the main cover, highlights the brilliance of the warriors’ dazzling light-fueled weapons.

This issue takes readers right into the heart of Mu’s empire, wondering if Hal can find his way out of this duel with Adam and somehow topple the Blackstar order. If not, the former Green Lantern might be walking down a road with no return.

Did you like Adam Strange’s appearance in this issue? Let us know in the comments below!

Review: THE GREEN LANTERN #6 And What It Means To Be A ProtectorA showdown for the ages - Hal Jordan and Adam Strange. This issue takes a serious look at what happens when we lose faith in our protectors.