The return to the future of 2099 begins with 2099 Alpha #1 thanks to Dan Slott, Victor Bogdanovic, and Marte Garcia showing off a period in desperate need for heroes. Does this glimpse into the world of tomorrow show events worth anticipating or a bleak era ahead?

In the future of 2099, the world seems ready to tear itself appear on many fronts but where are the heroes? Will anyone step forward and turn the tide of chaos sweeping the land? 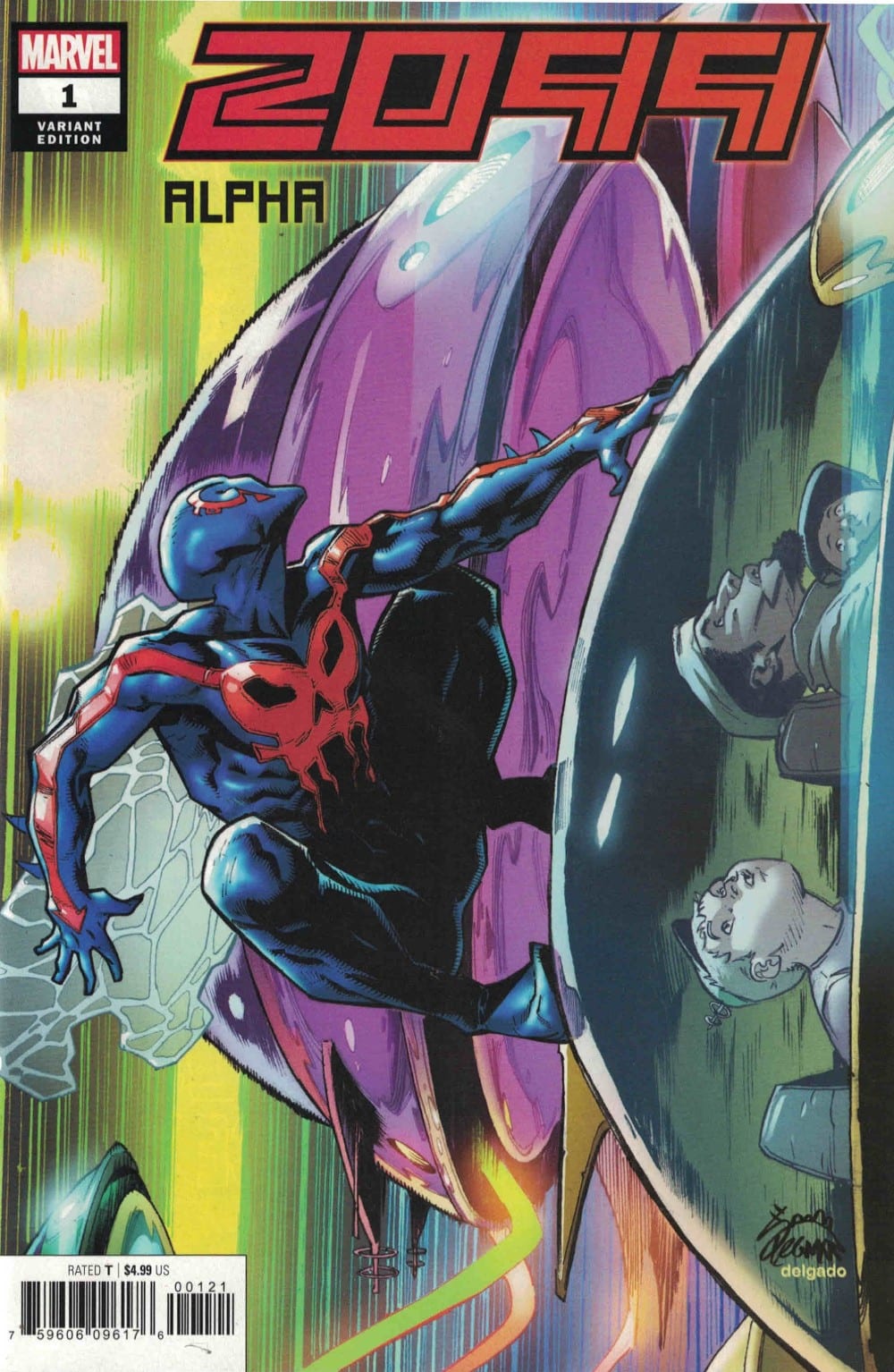 As it has been a bit since the last time 2099 has been used in a major storytelling capacity it is not surprising to find the place is in an utter state of disarray. The dystopian aspects of the future are on full display and there is a lot of great scene-stealing moments. Still, as a setup, it only offers a minor taste of what all the different plots will focus on for the different heroes. With the book servicing as the launch for five series, it almost packs too much into one issue.

This doesn’t mean this book isn’t without its merits on its own. Nick Spencer makes sure to point out some moments which will be interesting to see play out in the various books. The scenes with Doom 2099 alone are intense and memorable. They help to showcase the level of villainy this version of Doctor Doom is capable fo pulling off. 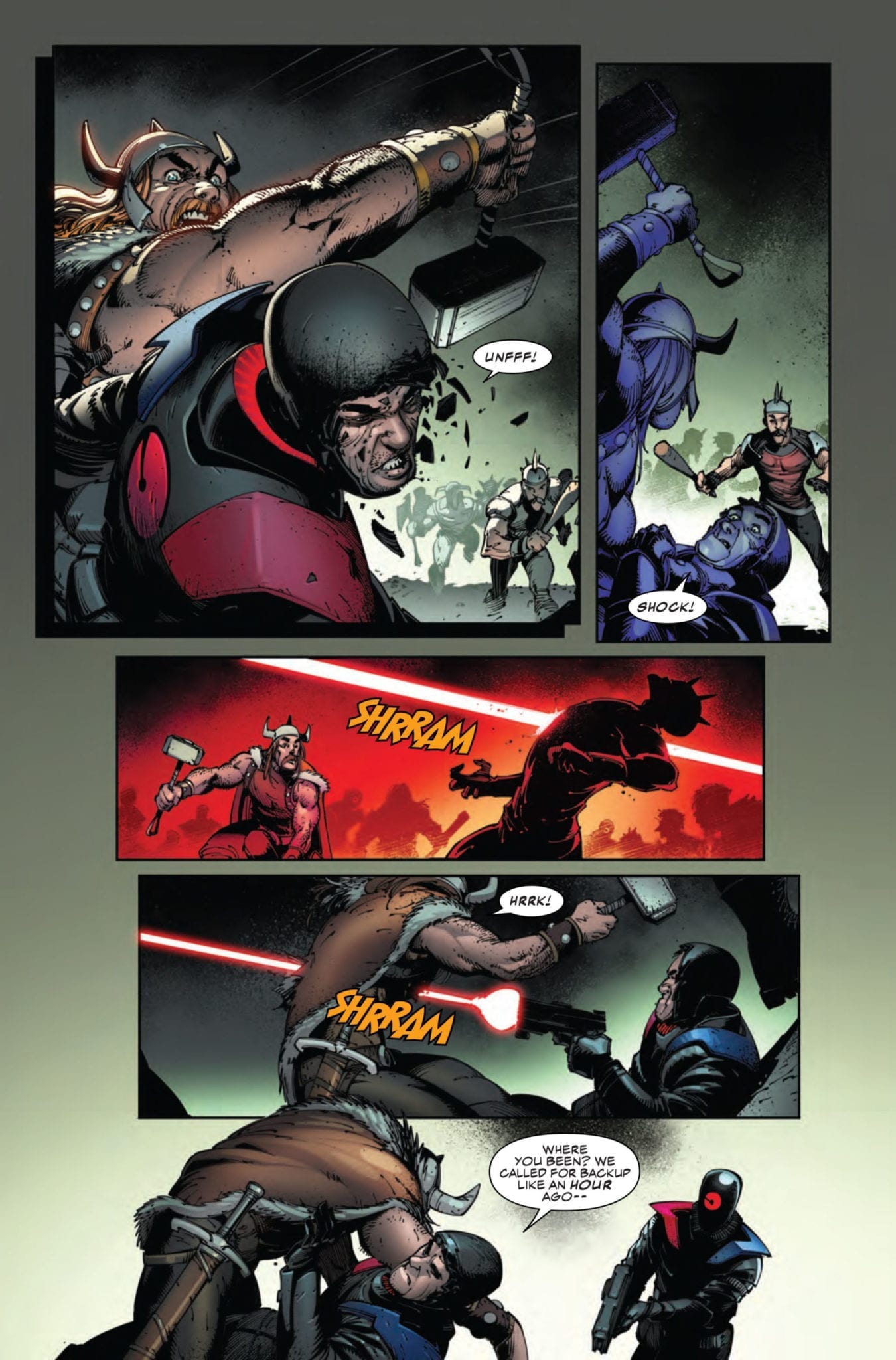 The artwork really helps to cement the idea the future is bleak. The art by Victor Bogdanovic showcases a chaotic world where mutations are running wild and violence is around every corner. The scenes with the appearance of Conan 2099 offer the perfect display of carnage to show off this feature.

The coloring by Marte Garcia adds to the feeling of dread and gloom in the issue. Characters, buildings, and vehicles have an aura of dinginess thanks to the coloring work. The perfect blending of colors offers a sign things are going to get a lot worse before they get better. 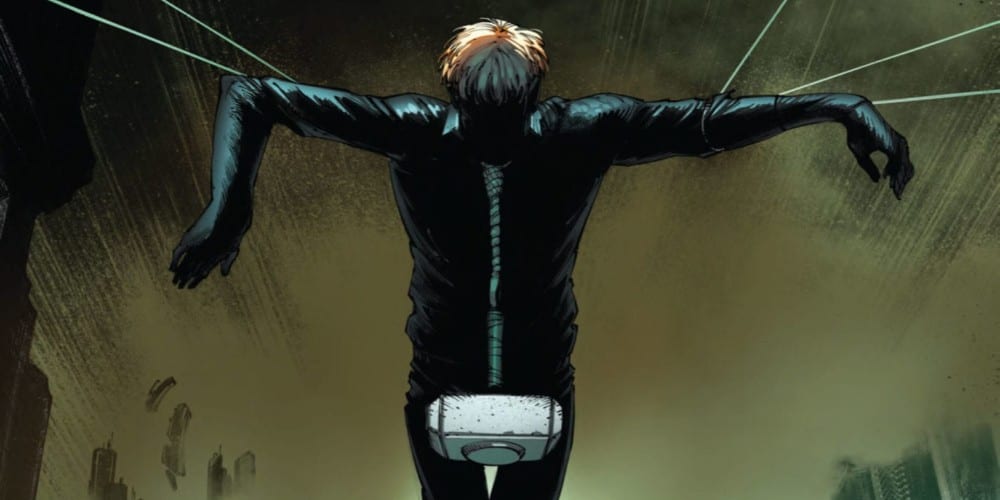 With VC’s Joe Caramanga on lettering, the comic establishes some great voices for the storytelling. Through this narration technique, the scenes between Doom 2099 and his captive allow the audience to get a better glimpse into the other characters who will feature in the other 2099 books.

Though 2099 Alpha #1 isn’t a perfect introductory issue, it still leaves the reader with enough interest to want to check out this new event. The scenes with Doom 2099 will be sure to strike up a conversation and leave people to want to see how the heroes will be able to face whatever he has up his cape. So far, the future looks to be a fantastic read for those willing to take a trip to 2099.

The setting of a bleak and violent future is laid thanks to phenomenal artwork. Review: The Future Is Intense In 2099 ALPHA #1