Review: ‘The Flintstones’ #1 Is An Unexpectedly Enjoyable Read

The Flintstones has been an enduring classic of American pop culture since its debut in 1960. Its theme song is still as catchy and memorable as when it first appeared on broadcast. The characters will always be iconic staples of animation. Each episode was filled with clever commentary and a lot of puns. 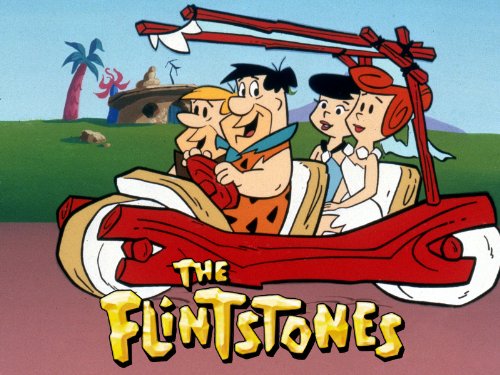 Don’t get me wrong; I respect the hell out of it for being the first animated show to make Prime Time. But the jokes were constantly repeated, the characters never had that much depth, and the stories were more two dimensional than the paper they were drawn on. Call me a cynic or a hater, but The Flintstones always made me change the channel.

So when I saw that Fred Flintstone’s family and the town of Bedrock were part of the Hanna-Barbera reboot, I raised an eyebrow. Of all of the Hanna-Barbera characters, this seemed like the weirdest choice. Because of all the comics DC announced, this was the riskiest. It’s a more domesticated situation; comics that aren’t superheroes, sci fi, or horror usually don’t sell very well. So props to DC for taking a chance on a series that most would accuse of being boring.

However, to my surprise, I found myself really enjoying this series. It has a few bumps and oddities, but it really does work for what it is. All the classic tropes associated with The Flintstones are there, but there’s a definitely a change in tone and humor. For starters, all the characters have a lot more depth in their personalities. Fred isn’t as confident and fool hardy as his animated original was, Wilma isn’t just the sarcastic yet supportive wife, and Mr. Slate isn’t just a jerk boss. Secondly, despite all the puns (of which there are a lot) and the domestic situation, the comic has a more twisted sense of humor. There’s a great scene where Fred and Barney have to take Neanderthals to their war veterans’ meeting.

It’s a small scene, but it says so much so quickly about Fred and how he handles a situation. There is a lot of commentary that unfortunately isn’t particularly subtle, but then again the show was never subtle so that’s an easy aspect to look over. The comic feels like a funnier episode of Mad Men. It’s a rather domestic setting, and there’s very little action. However the characters are complex, and the humor has a darker edge to it that makes the book enjoyable. The book does suffer from pacing issues, and the framing device doesn’t make a whole lot of sense, but it’s a solid comic. All four of the Hanna-Barbera books have been enjoyable re-imaginings of these beloved characters. The Flintstones is another welcome edition that is definitely worth picking up.