REVIEW: The Flash ‘Enter Zoom’ Not Your Average Flash Villain

When it comes to Barry Allen and The Flash, he may have finally found his match.

In a flashy way to introduce this episode, enter Zoom.

Just a mere six episodes into season 6, Barry finally comes face to face with his hidden foe. Fresh off of the recent capture of Dr. Light/Linda Park’s doppelgänger, team Flash is attempting to lure Zoom out of the breach. Aided with the mysterious agenda of Earth Two’s Harrison “Harry” Wells, the goal is simple; dampen the speed of Zoom and hopefully come out with a new captive.

As with all superhero drama’s, the episode wouldn’t be started without an unexpected turn of events. When Cisco went into the lower levels of S.T.A.R. Labs to deliver food to the captured Dr. Light, he was met with an empty cell. In a panic, the team was faced with their bait disappeared and hopes of luring and catching Zoom quickly dissipating.

So when your bait disappears and a timeline begins to tick down, what’s the next move? The answer, trust the next person who looks identical to that person.

Bothered by her recent run-in with her Earth Two twin, Linda Park was entrusted by the team to don Light’s jacket and mask, with an addition of light-emitting gloves, to thwart the effort of Zoom. But that’s not all she was entrusted with. In a solo meeting between the Flash and Park, Barry reveals himself to Linda, opening the door to another person knowing his secret and further expanding his team to include her.

Along with trying to defeat Zoom, Cisco, Caitlin and Joe took it upon themselves to figure out the motive behind the appearance of Wells. Obviously from last episode, we know that it has to do with Zoom holding his daughter captive. Now given the name Jesse, Cisco attempts to use his vibe abilities to read Wells, but it’s obvious that Wells notices what he is trying to do and quickly gets in Cisco’s face about it. Only later on, after a mishap with a project that Harry is working on, Cisco contacts with him and sees Earth Two. Looking into things, he sees Jesse and Zoom in the same basement-like prison.

Following the botched first attempt to draw out Zoom, Barry and Linda come up empty. But things get interesting when Zoom appears in Central City and takes her captive outside of Central City Picture News. After Zoom takes her to the top of S.T.A.R. Labs, Barry rushes to confront him. After a throw off the roof and tornado-like catch, Zoom and Flash race off into a very interesting fight. What looks to be a strong outing from Flash in his first meeting, Zoom showed his power after catching a lightning throw from Barry and redirecting it right into his chest.

Attempting to dampen his speed, Wells’ shot was easily caught by Zoom, who jammed it right into Barry’s chest.

Not rooting for a villain, but I was really moved by Zoom’s postering of a fallen Flash all over Central City. Here, he held a nearly lifeless superhero in his hands, most notably in the Central City Police Department, where he could have unmasked him. Yet, he did no such thing, which I felt holds more power than tearing off the mask to who is going to end up his biggest enemy quite soon. That defines power.

His advertising of Flash’s defeat ended in S.T.A.R. Labs, when he finally pulled the mask off. However, before he had a chance to deliver a final blow, Cisco shot a dampening dart into Zoom. Anticipating that they finally would be able to capture him, Zoom was able to speed off. Wells was immediately defeated, yelling as he watched Zoom leave, almost thinking that he lost his daughter completely.

The final stretch of this episode showed a battered Barry Allen in the hospital bed, surrounded by Cisco and Caitlin. Obviously not completely healed, the episode was ended when Barry came to the realization that he can’t feel his legs. Cut to black.

What started as a goofy episode quickly took hold as another standout episode in this high octane second season. The whole “let’s train Linda in the warehouse” showed signs of 196o’s Batman campiness, but displayed the true trial-and-error that this team goes through. Throw in the horrible acting in the first attempt to bring Zoom out, I was almost waiting to hear Linda or Barry yell “grab the Bat-shark repellant.”

Patty and Barry showed hints of the relationship we are just beginning to see, and if Park was entrusted enough to learn Barry’s secret, I think it’s only a matter of time before we see the reveal with Patty. It’s obvious that they are crazy about each other, but this alter-ego is already showing signs of getting in the way.

It seems the question of “who is the Arrow on Earth Two?” has officially been answered. It seems we will never see and Earth One Oliver Queen meets Earth Two Oliver. In a flashback to Harrison Wells on E-2, a news program in the background played a reveal of Robert Queen as the hood. The anchor stated that Queen returned from being stranded on an island after his boat sank and son Oliver died and returned to Starling, yes Starling, City.

Another hidden gem in last nights episode was when Wells called his daughter, Jesse Quick, when he said he loved her. Quick, as you could imagine, takes on the role of a speedster herself, with her name being the name of her superhero. She also takes on the name of Liberty Belle in the comics. It’s exciting to see the introduction of so many names so subtly, that it’s a mystery of who else we have seen or heard about and who may be what in this multiverse.

To spin a few gears, this photo gave away what I think may be a major clue as to the identity of Zoom himself. Based on the body and a distinction of the eyes, I am going to guess that the identity of Zoom is actually a Mr. Henry Allen, played by former Flash John Wesley Shipp. I may be completely wrong, but watching last nights episode, I saw those eyes and immediately shot up thinking that it’s not too far-fetched to think that.

E-1 Henry has been long gone since his release, and we haven’t seen any E-2 Barry or Henry, so it could be assumed that E-2 Henry is here all along. Causing some stir of who is actually Zoom and setting up a huge plot line and conflict for Barry. I mean, he is entrusting the clone of the man who killed his mother, so why not take a chance to conflict him by making his fathers clone his enemy? Makes sense, right?

I mean, it’s not out of the realm of possibility that someone seemingly hid in plain sight and has actually been a villain before. The Flash has never put a main character in the villain seat before, nope, never happened. While, yes, I am just spinning my wheels and I could be completely wrong, but for the sake of creating conversation, what do you think?

Also, where is Jay? He had a brief mention last night, but no one seems to wonder where exactly he is. Could he be attempting to regain his speed? Or could he just be returning to E-2, frustrated that everyone refused to listen to him regarding going against Zoom this early on? With Barry without his legs at the present moment, does he return to face Gorilla Grodd who is returning to Central City? I guess we will wait a week to figure out what happens next. 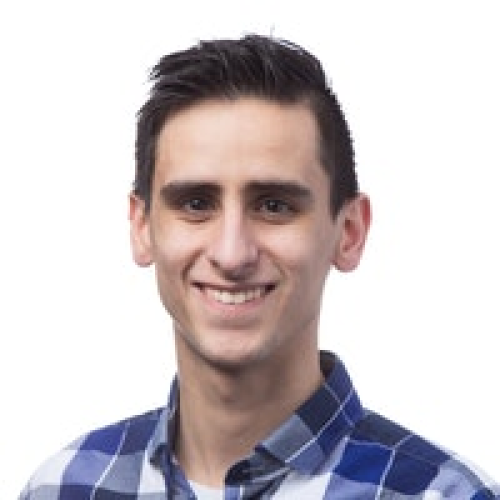