The Amazing Spider-Man #58, out now from Marvel Comics, is a heartbreaking issue where the damage caused by revelations of the “Last Remains” arc needs to be dealt with. 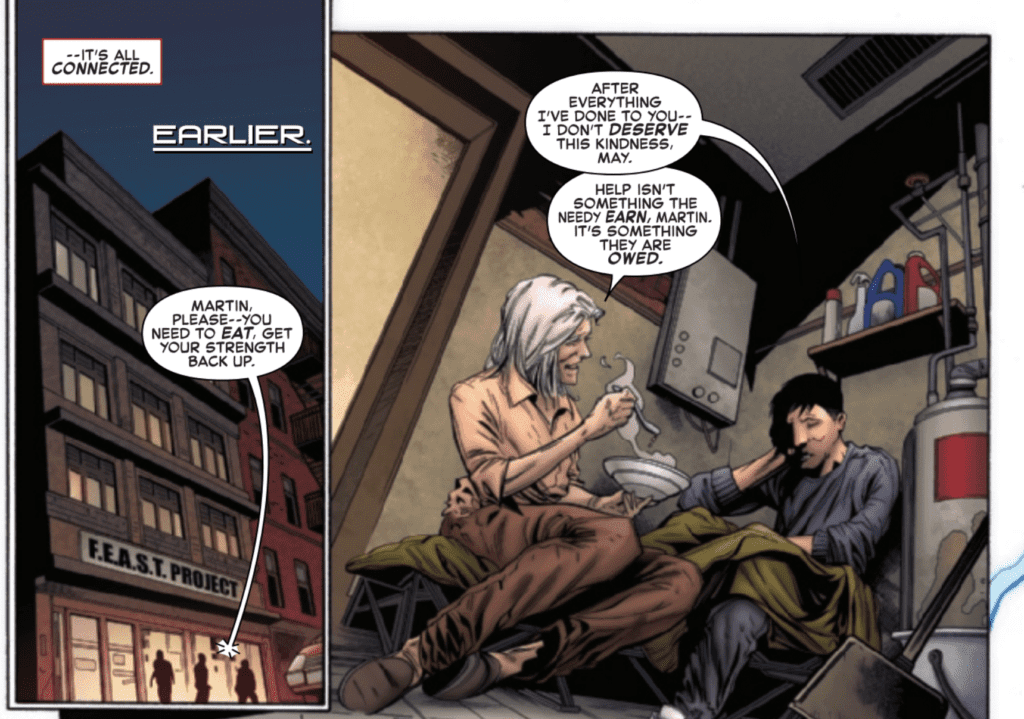 The previous arc showed Spider-Man pushed to his breaking point. Nick Spencer does a perfect job of showcasing a more impatient version of the character in The Amazing Spider-Man #58. The issue features some heartbreaking moments, as the revelation of the previous arc takes its toll on people not involved in super-heroics. The dialogue is particularly noticeable, as it effortlessly tugs on your heartstrings. The story also returns to characters that haven’t appeared for a while. It’s nice to see after so many issues dedicated to the interaction between Kindred and Spider-Man.

Marcelo Ferreira’s pencils and Wayne Faucher’s inks turn The Amazing Spider-Man #58 into an astounding issue. Not only do they provide for some brilliant dynamic forms and action, but the issue also contains gorgeous panel framing. Several moments in the issue are unquestionably breathtaking, such as when Spider-Man swings across the city in a highly detailed panel. Realistic backgrounds, such as a cityscape, do wonders to awe the reader. 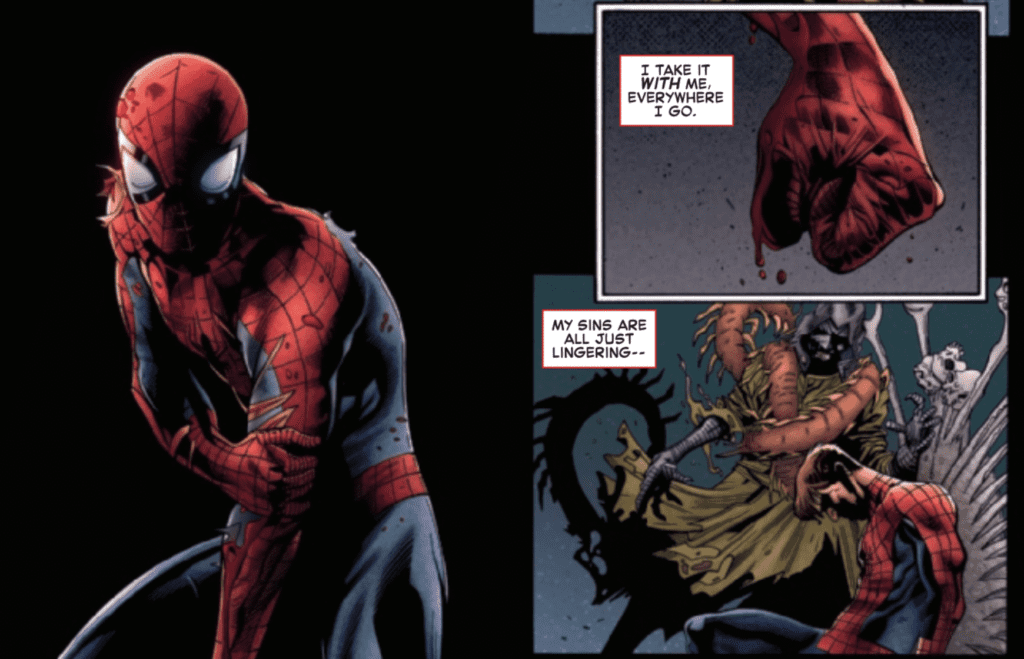 The coloring of The Amazing Spider-Man #58 does a phenomenal job of reflecting the tone. Morry Hollowell uses darker tones to reflect the grim nature of the story but isn’t afraid to throw in bright reds to add energy into a scene. He does this before Spider-Man enters combat, which causes the moment to feel much more intense. Not to mention Hollowell’s shading abilities, which allow the faces of characters to seem alive.

VC’s Joe Caramagna does a fantastic job of lettering The Amazing Spider-Man #58. He provides a wide diversity of styles for his sound effects. Each one perfectly accompanies the action it goes with. Caramagna also gives speech bubbles a red border or a thicker border to signify yelling, which is a highly effective technique that allows the dialogue to match the intensity of body language in some panels. 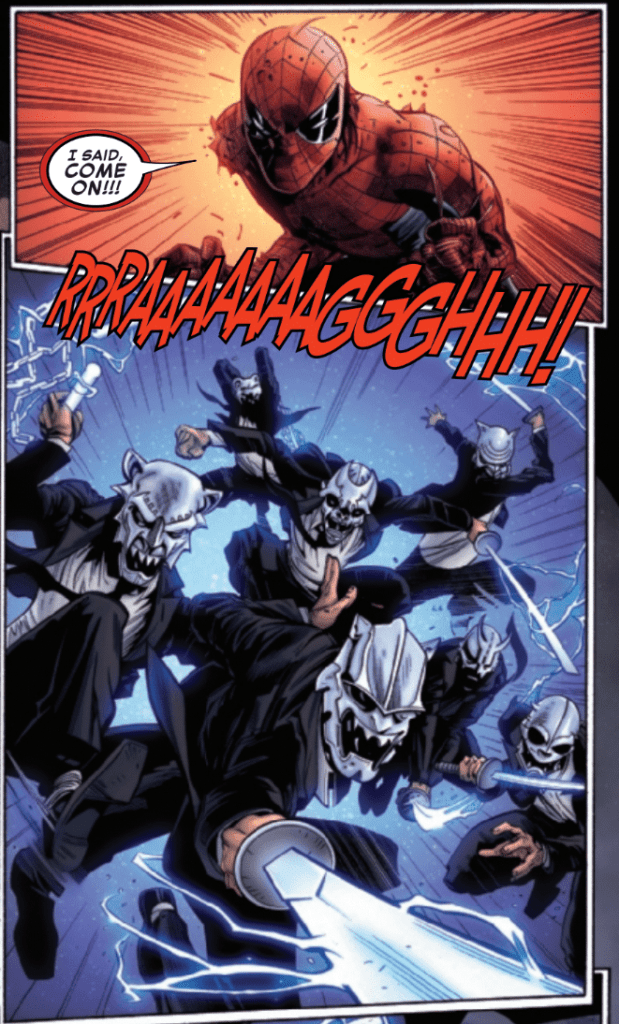 The Amazing Spider-Man #58 is an entertaining issue through and through. This rage-filled version of Peter is an exciting side of the character that we rarely get to see. The art and paneling of the issue add lots of drama to each scene, and the colors reflect the grim tone. Caramagna’s lettering is the needed cherry on top that makes the issue such a great beginning to a new arc.

A tense issue with some phenomenal dialogue that effortlessly tugs at your heartstrings, some beautifully framed art, grim coloring, and diverse lettering. Review: THE AMAZING SPIDER-MAN #58 - A Heartbreaking Moment