The Amazing Spider-Man #56, out now from Marvel Comics, is an explosive issue that is the first part of “Last Remains Post Mortem” and keeps the story twisting and turning.

About the book:
Norman Osborn and the Kingpin have united to achieve a common goal of trapping the demonic Kindred. The alliance of two of his deadliest villains immediately spells bad news for Spider-Man, but will anyone else be caught in the crossfire?

Nick Spencer has a gift. He knows how to keep an issue entertaining, and he heavily applies that knowledge in The Amazing Spider-Man #56. It feels like every turn of a page is some twist or shocking event, making the entire issue an enthralling read. The issue also continues subplots that hadn’t been touched upon for many issues, and it was refreshing to see these characters and how their stories are playing out after everything that has been happening. The story continues to bombard us with new information, but there is always so much more that we don’t know. It is because of this that readers always want to get their hands on the next issue.

The Amazing Spider-Man #56 features Mark Bagley’s pencils and Andrew Hennessy and John Dell’s inks. Together, this team provides some breathtaking art. The characters’ facial expressions are complex but are still very easy to understand. This issue features a brilliant silent page that has so much storytelling just from the visuals alone. It’s always wonderful when the writer allows the artists to tell the story without dialogue, and there is a beautiful case of that in this issue. Bagley, Hennessy, and Dell also use the exciting technique of changing panel shapes to indicate a flashback. In this series, flashbacks were commonly portrayed through a tint applied to the panels, but the method of changing panel shape was most likely used here because the events shown were still very recent. The technique of changing panel shape is a subtle yet effective way to indicate flashbacks.

The coloring of Rachelle Rosenberg and Edgar Delgado in The Amazing Spider-Man #56 is astonishing and has a wonderfully broad color palette. This issue features many different scenes, and the wide color palette brings each of the settings to life. The shading of characters’ faces also serves a vital role in the book’s visual storytelling and causes the silent panels to pack a vicious punch. Rosenberg and Delgado use changes in the background color to indicate a shift in tone, reinforcing cues that could be understood from the characters’ facial expressions.

VC’s Joe Caramagna’s lettering in The Amazing Spider-Man #56 helps the story flow naturally and has an enjoyably diverse choice of fonts. Whether through giant bold lettering, dialogue bursting out of a speech bubble, or unique speech bubble designs for characters, Caramagna makes every instance of lettering count. 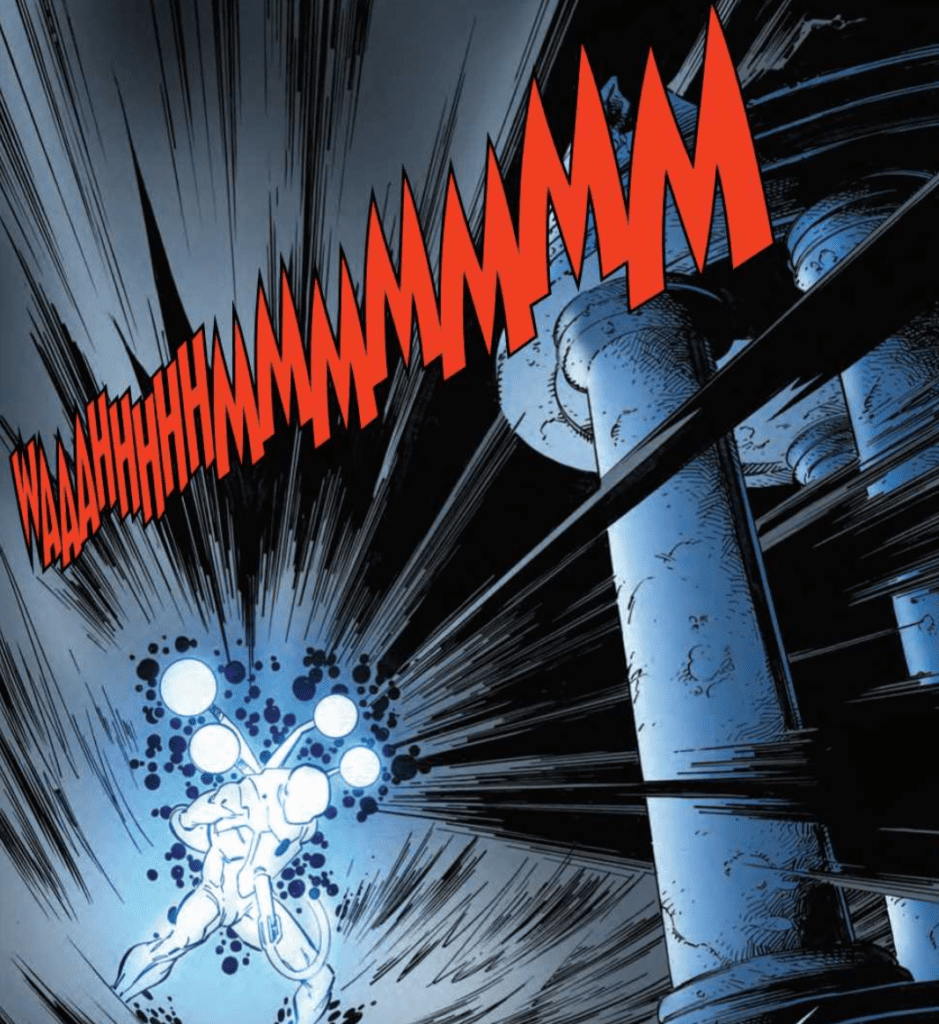 The Amazing Spider-Man #56 is another case of so much information thrown at us, yet so much is still left unexplained. The art and coloring work together to portray some beautiful and complex emotions in the characters, and the visual storytelling in this issue is remarkable. The lettering brings it all together and leaves us with an impressive issue and a story that leaves readers wanting more.

The Amazing Spider-Man #56 provides a gripping story, stunning art, coloring that influences tone, and lettering that allows the story to flow naturally. In all, it was a fantastic read.Review: THE AMAZING SPIDER-MAN #56 - A Deadly Alliance