The Amazing Spider-Man #53, out now from Marvel Comics, features some gorgeous art and a neat revisiting of an old issue. 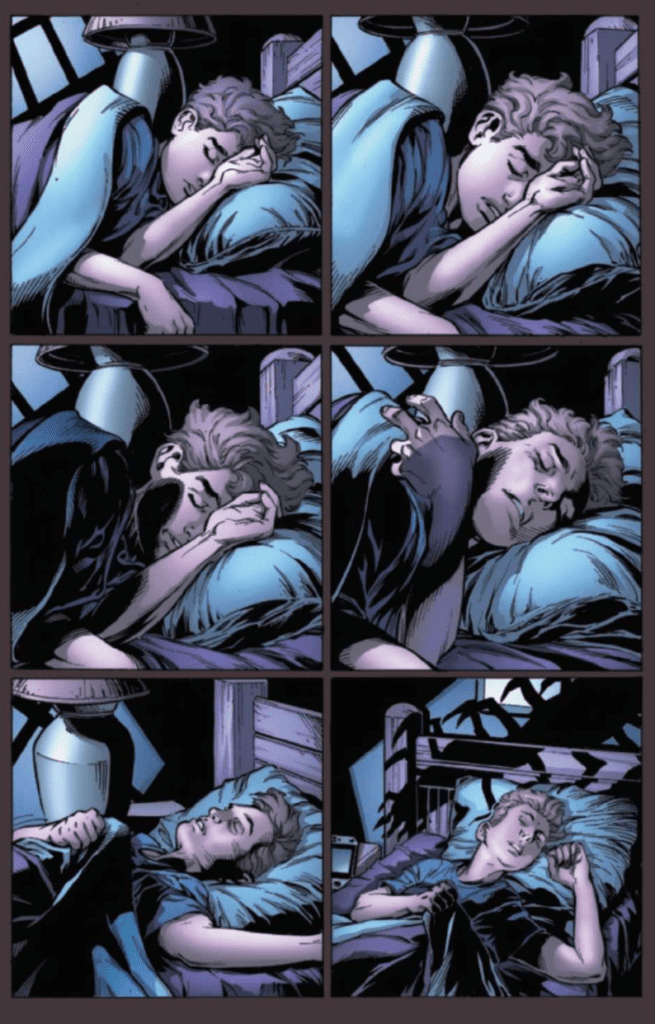 About the Book:
We have been aware that the villainous Kindred’s true identity has been Harry Osborn for many issues. Now, watch the tense reveal as Spider-Man is in the captivity of Kindred and must listen to what he has to say.

Having the identity of Kindred known to us but not our titular hero has been an enjoyable case of dramatic irony. We knew that when Spider-Man discovers this enormous secret, the moment would be tense and thrilling, and Nick Spencer understands how to make it just that. The Amazing Spider-Man #53 is undoubtedly a page-turner. It builds towards the critical moment, uses silent panels, and revisits an old issue to make it more interesting. Rather than using one or two silent panels to represent a pause in a scene, Spencer has pages full of silent panels. This results in a rise in suspense similar to that in a horror film, as you dread what actions Kindred will perform next. It creates some deeply unsettling moments and keeps the reader enthralled.

In The Amazing Spider-Man #53, Peter experiences a dream state forced upon him by Kindred. This dream has him reliving a day in his life shown in 2007’s Amazing Spider-Man #545 by Joe Quesada and Danny Miki. Before this issue, Harry Osborn was presumed dead after we saw him passing away in an ambulance. This turned out to be false, and his death had been faked. What makes Amazing Spider-Man #545 such an important issue is that it was the first time Peter had seen Harry since his “death.” Every character repeats their dialogue from the 2007 issue besides Peter, making The Amazing Spider-Man #53 feel like a Groundhog Day scenario. This direct referencing is fantastic because it rewards long-time readers by letting them know what is coming, and new readers can experience what is happening, just like Peter is. This referencing also demonstrates Spencer’s knowledge and love of the character and his history. 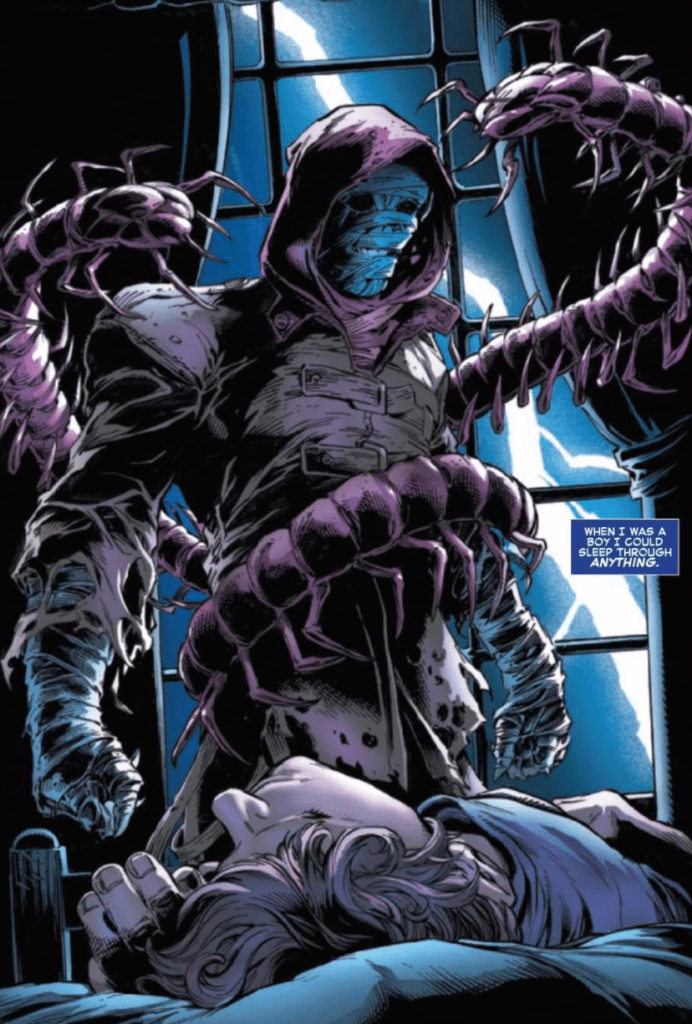 Mark Bagley and John Dell provide some beautiful art in The Amazing Spider-Man #53 that makes each page a pleasure to read. Each panel has a delightful amount of detail, and Bagley and Dell create awe-inspiring shadows that bring scenes together. In mimicking Amazing Spider-Man #545, Bagley and Dell recreate the older comic’s characters and poses in a new art style, which is interesting to see. They also play with panel borders in the issue for a variety of outcomes. Often characters will overlap a panel, which brings more attention to them and fills the character’s action with more energy. Another use had a panel without borders, so all of the focus is directed onto one character, which provides an exciting effect.

The colors of The Amazing Spider-Man #53 were done by Edgar Delgado, whose work pairs wonderfully with Bagley and Dell’s art. For the long scenes without any dialogue, Delgado’s palette is dark and instills a creepy, disturbing tone. Delgado also provides some stunning shading, which adds drama to the issue. 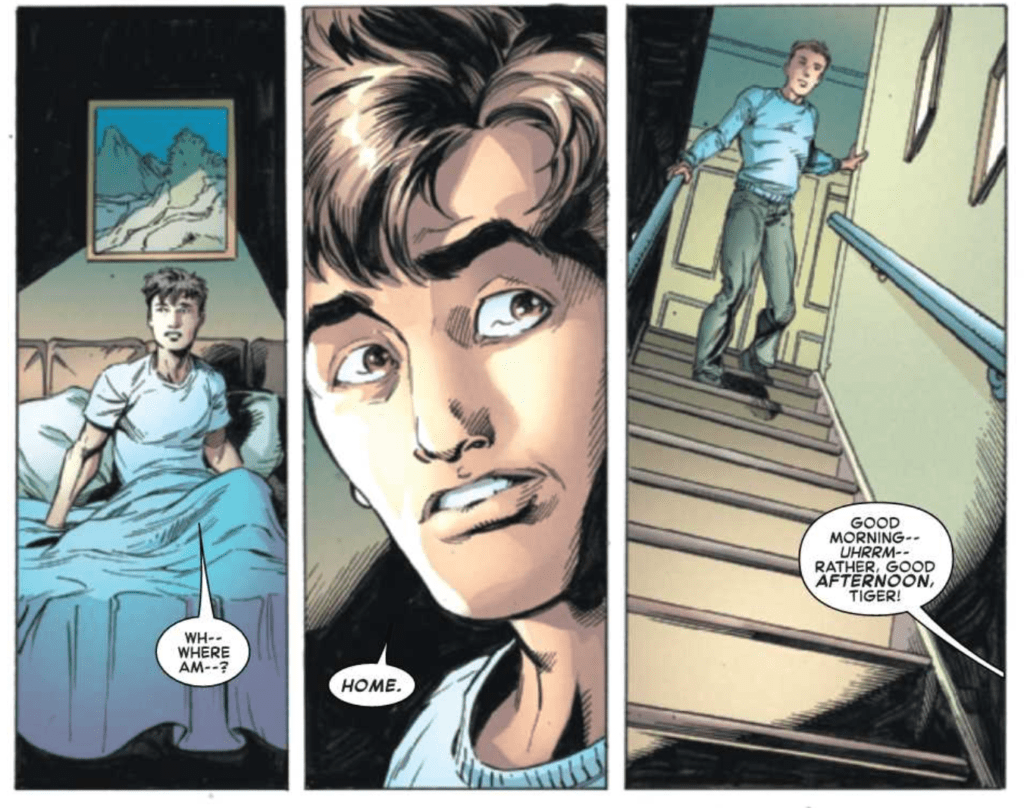 The Amazing Spider-Man #53 was lettered by VC’s Joe Caramagna, who does an outstanding job making the dialogue flow with the art. In the issue, sentences are broken up over multiple tiny captions. Their placement allows them to be read in a natural way that makes it seem as if the character is talking slowly and stressing every word. Caramagna also uses techniques such as extending words past their speech bubbles, which is a great way to portray someone shouting or screaming, as it makes it seem as if their words can not be contained.

The Amazing Spider-Man #53 features more interaction between Spider-Man and Kindred, which has been built up over many issues. The art and lettering make the moment incredibly memorable, and the issue is a fun read.

An enjoyable issue with great art and an interesting story.Review: THE AMAZING SPIDER-MAN #53 - Revisiting an Old Issue