The Amazing Spider-Man #50, out today from Marvel Comics, finally resolves many parts of its ongoing story while starting new ones and even presents a shocking reveal.

After such a colossal and important issue as The Amazing Spider-Man #850, you would expect the issue following it to decline in quality, as the writer has put his most exciting moments into the previous issue to make it as outstanding as possible. This is not the case whatsoever, and the gripping story of The Amazing Spider-Man #50 may even be better than the super-sized anniversary issue that came before it. It is so full of new reveals, conclusions to plots that have been going on for so long, and some awe-inspiring art that the issue itself is one of the best Spider-Man comic books in the past several months. 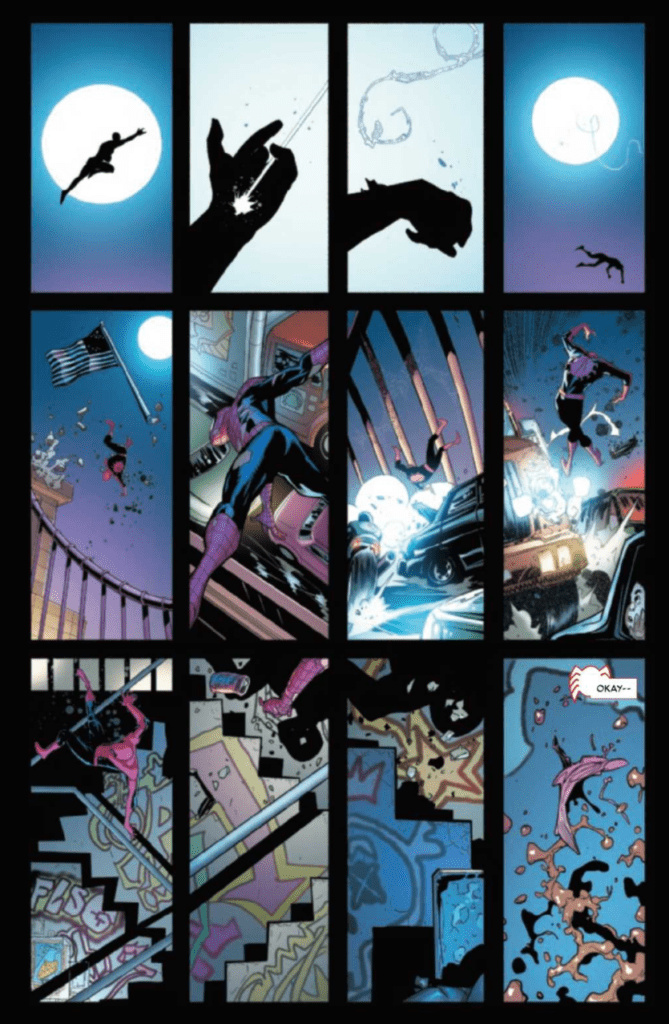 At the end of The Amazing Spider-Man #850, Spider-Man and “The Order of the Web” are fleeing the Ravencroft Institute, leaving the Green Goblin behind while the Sin-Eater is momentarily immobilized. This is not where The Amazing Spider-Man #50 picks up from. Instead, we are greeted with a silent 12-panel grid that shows our favorite web-slinger falling from the air and brutally crashing into various objects during his descent. The lack of sound effects or captions during this page gives it a haunting feeling, as it shows this beloved character beaten down nearly to the point of breaking. All of this works together to leave the reader to wonder how this came about. It is a brilliant way to open up the story and gets the reader excited to turn each page and watch as the issue unfolds.

Not only does Nick Spencer provide an astonishing issue in its own right with The Amazing Spider-Man #50, but the issue also concludes and reveals several components of Spencer’s ongoing storyline while beginning new parts of it. There are major events centered around the Sin-Eater, the “Order of the Web,” Norman Osborn, and even Kindred in this single issue. Every page feels like another punch to the face as something else shocking occurs. It is an issue you will never want to put down. 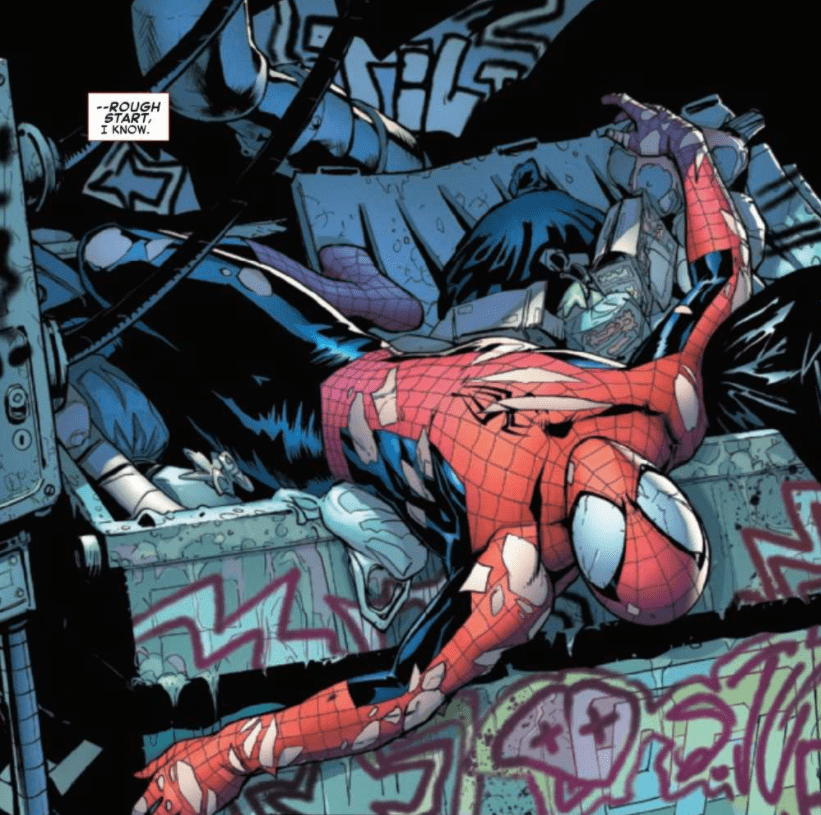 I have nothing but admiration for Patrick Gleason’s work on this issue. The Amazing Spider-Man #50 is filled with tense, emotional scenes, and they wouldn’t have nearly the same impact it does without the wonderful emotive faces that Gleason brings to life. Gleason can also portray Kindred with a unique creepiness and presents some terrifying art for the monsters he unleashes. The paneling of The Amazing Spider-Man #50 is particularly notable, with Gleason constantly pushing the boundaries of what is expected in modern super-hero comic books. Whether it be borderless panels, overlapping panels, or intentionally not using all of the space available, Gleason’s paneling choices pay off tremendously and add a substantial amount to the issue’s narrative.

The coloring of The Amazing Spider-Man #50 does a nice job of reflecting the tone of the issue. Edgar Delgado uses dark colors for most of the issue, which goes along nicely with the tense moments portrayed. Due to the mostly dark tone of the issue, when bright reds and oranges are later used for the monsters unleashed by Kindred, it is a frightening image as it contrasts with everything around it. 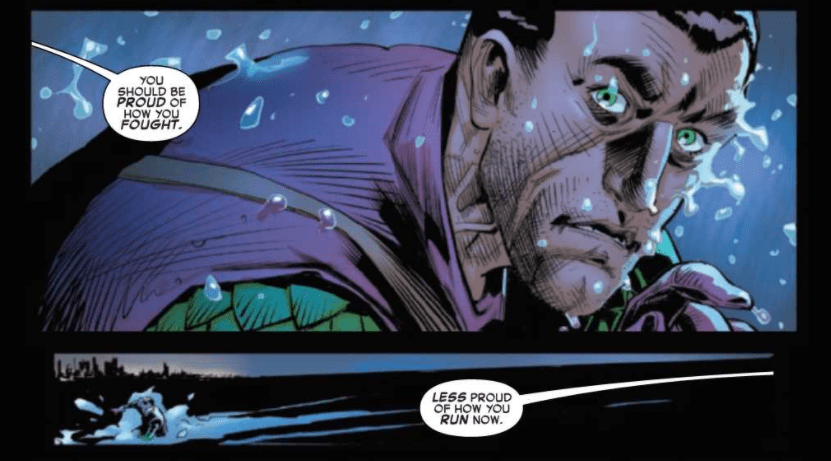 VC’s Joe Caramagna provides some outstanding lettering in The Amazing Spider-Man #50, which does a beautiful job of allowing the story to progress seamlessly. Caramagna uses unique speech bubbles for an inhuman character like Kindred, which is a subtle yet effective way to make him seem otherworldly. Caramagna also does some amazing work at providing captions that are easily identifiable, which is important when more than one character speaks through captions in an issue.

I was absolutely dumbfounded with how much occurred in a single issue and how it will have a giant impact on what is to come later in the series. I haven’t read a Spider-Man issue that had me this excited in a long time, and it is an experience no fan should miss. The Amazing Spider-Man #50 leaves you in awe of how great it was and leaves you desperately waiting for the next issue so that the phenomenal story can be continued.

A remarkable issue full of so many important events, that leaves you in awe of how great it was to read.Review: THE AMAZING SPIDER-MAN #50 - A Monumental Reveal