TEENAGE MUTANT NINJA TURTLES: JENNIKA II #1 hits comic book stores on Wednesday, November 4th, giving readers an all-new take on the newest Ninja Turtle. The issue details how this fan favorite and relatable character navigates forces of oppression both within and without her community of mutants. Xenophobia, it turns out, can infect even the best of us.

Like much of the current TMNT run, this issue focuses on the fallout from the explosion that created Mutant Town. The media outlets and public at large seem to have gotten over most of the shock at meeting the mutated citizens, but their attitudes have turned hateful—an even worse predicament. 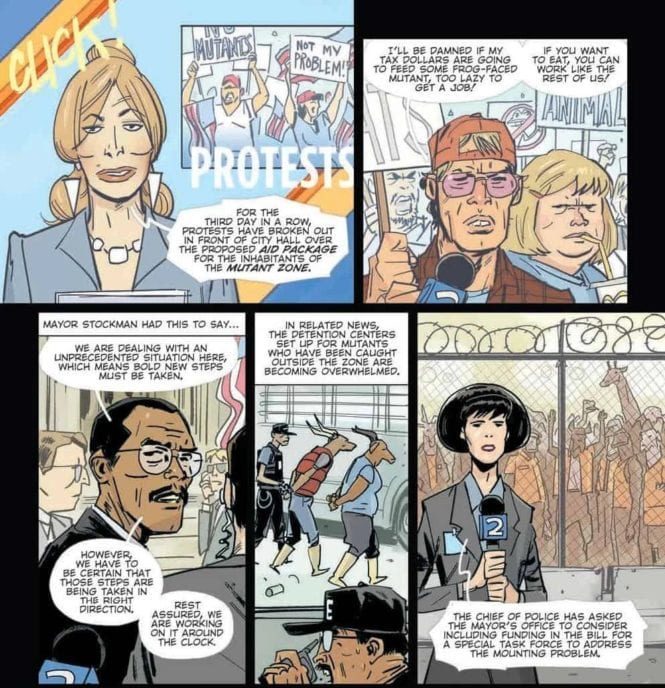 After a montage of public outrage toward these mutants who are “different,” the story shifts to Jennika exploring the streets of the town. Unfortunately, the people living there appear to be facing difficulties apart from the media. 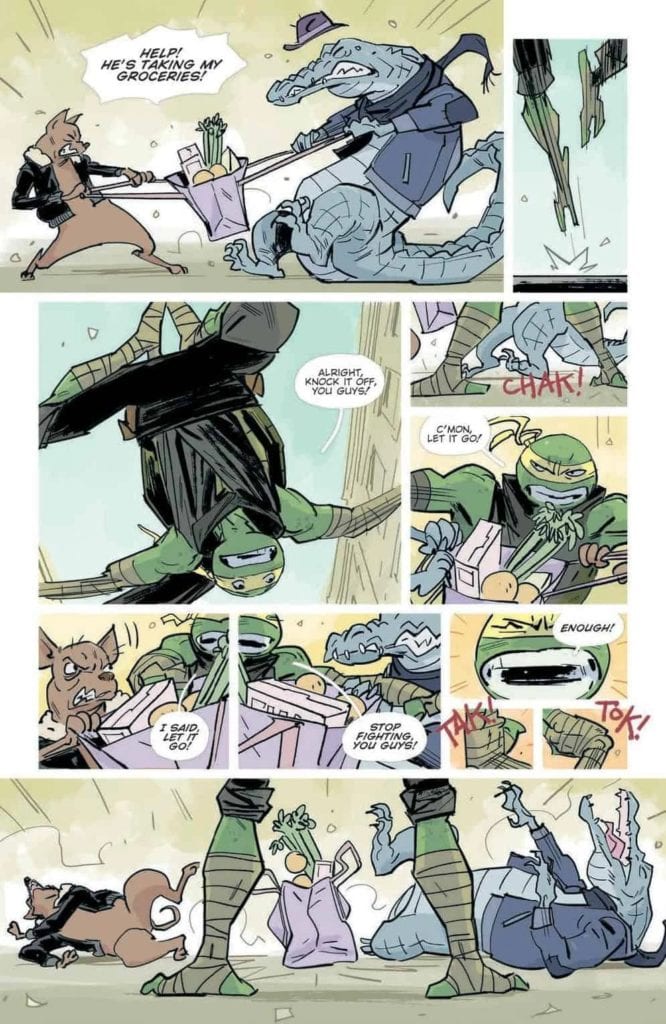 The ninja comes across two mutants fighting over a grocery bag. But it’s unclear which one is the aggressor and which is the victim. Acting on unconscious instincts, Jennika treats them both as criminals, even going so far as to attack an alligator person.

But this incident isn’t the end of Jennika, and Mutant Town’s, problems. The young ninja soon encounters another mutant that’s completely out of control. Could this further stain the reputation of the town to the public at large?

Brahm Revel’s penciling and ink work captures Jennika’s style beautifully, detailing a Ninja Turtle whose movements are swifter than her counterparts. These illustrations, colored by Revel as well, gives life to both Jennika and the other characters with rich hues. What’s more, the artist’s lettering seamlessly shifts styles to let readers know if the character interacting online, speaking aloud, or performing an action.

Do you think the other mutants could find themselves in the same situation as the one Jennika encounters? Let us know in the comments below!