TEENAGE MUTANT NINJA TURTLES #114, available in stores on Wednesday, February 10th, continues to follow a future version of Lita as she seeks to prevent a disastrous future. #113 detailed Karai’s shady business deal with Hob, which allowed her to procure two huge “baby” mutants. However, shortly after their helicopter crashed. Now the two mutants are on the run and Karai is badly hurt. Will the turtles do anything to help their enemies?

The story opens with the mind-boggling meeting of present and future Lita. Normally, such an event would lead to temporal ramifications. And indeed, future Lita nonchalantly comments on this fact. It makes the reader wonder if the time traveler has the same reckless attitude toward her other endeavors. 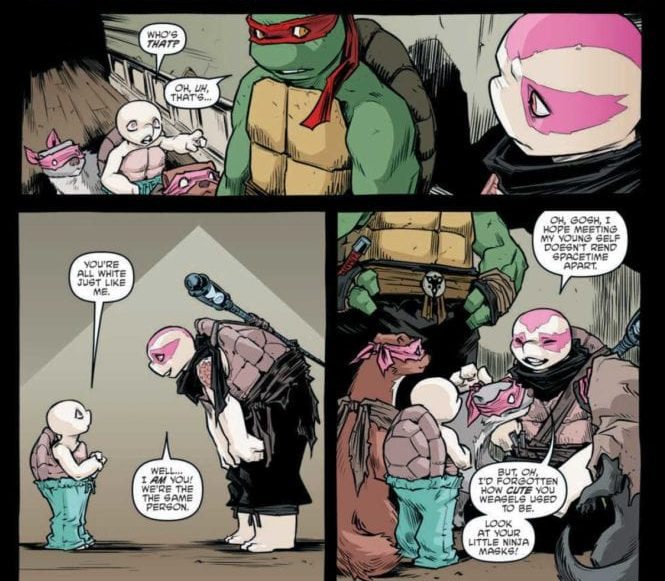 The crux of the issue, however, lies in Jennika’s confrontation with the injured Karai. Jennika reminds Karia who she is and what the Foot assassin did to her life. The scene is so tense readers can almost feel the heated rage between the two. 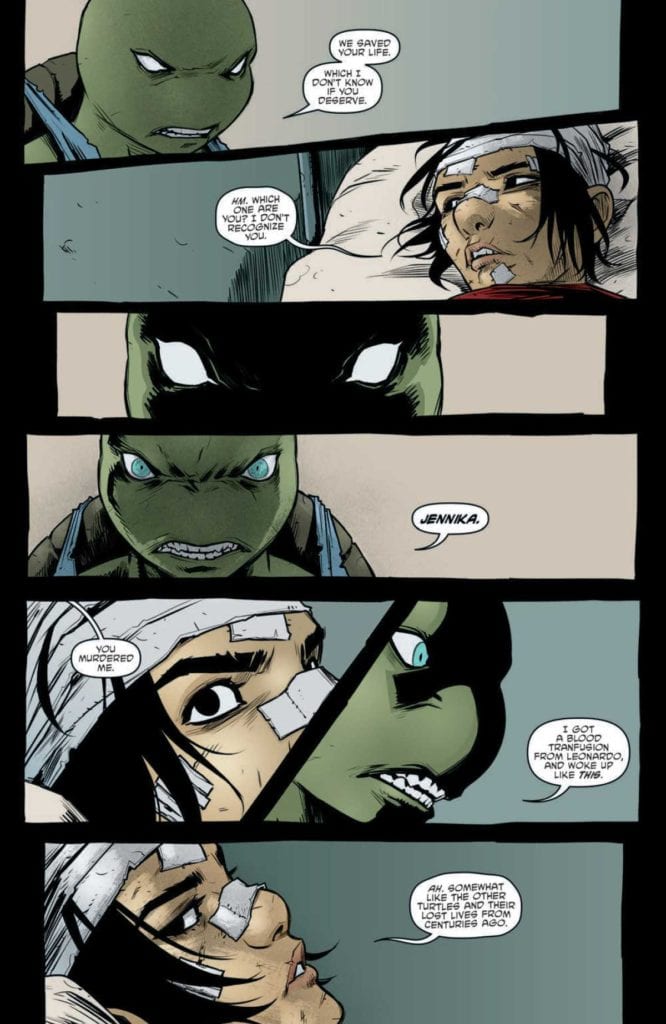 Writer Sophie Campbell structures the narrative effectively; her story paces well when moving from the Splinter Clan base to the streets of Mutant Town. Throughout this process virtually every character’s personality displayed, especially that of Jennika. Readers will find themselves drawn into these tense interactions as if they’re a part of them.

The illustrations in this issue did a great job of crafting emotive characters. Campbell’s penciling and ink work provided detailed expressions on characters like Jennika and Karai, highlighting their troubled history. 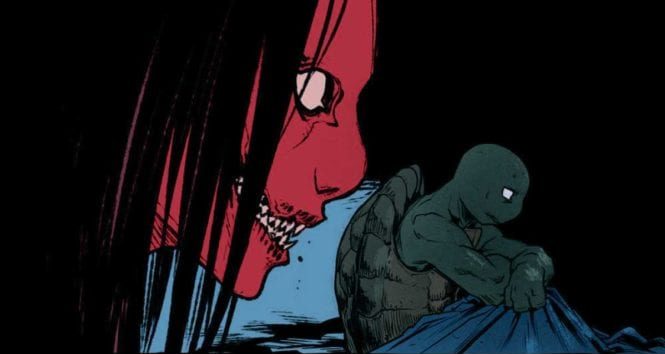 This dynamic is further fleshed out by colorist Ronda Pattison; her effective use of shadows highlight the deep-seated rage within these characters. In addition, Shawn Lee’s lettering is placed strategically around each characters so as not to distract readers from the illustrations.

TEENAGE MUTANT NINJA TURTLES #114 is the dramatic issue we’ve been waiting for. Tensions are high between Jennika, Karai, and other the characters, which could lead to wild changes in the future.

Do you like think the Splinter and Foot clans will ever come together? Let us know in the comments below!